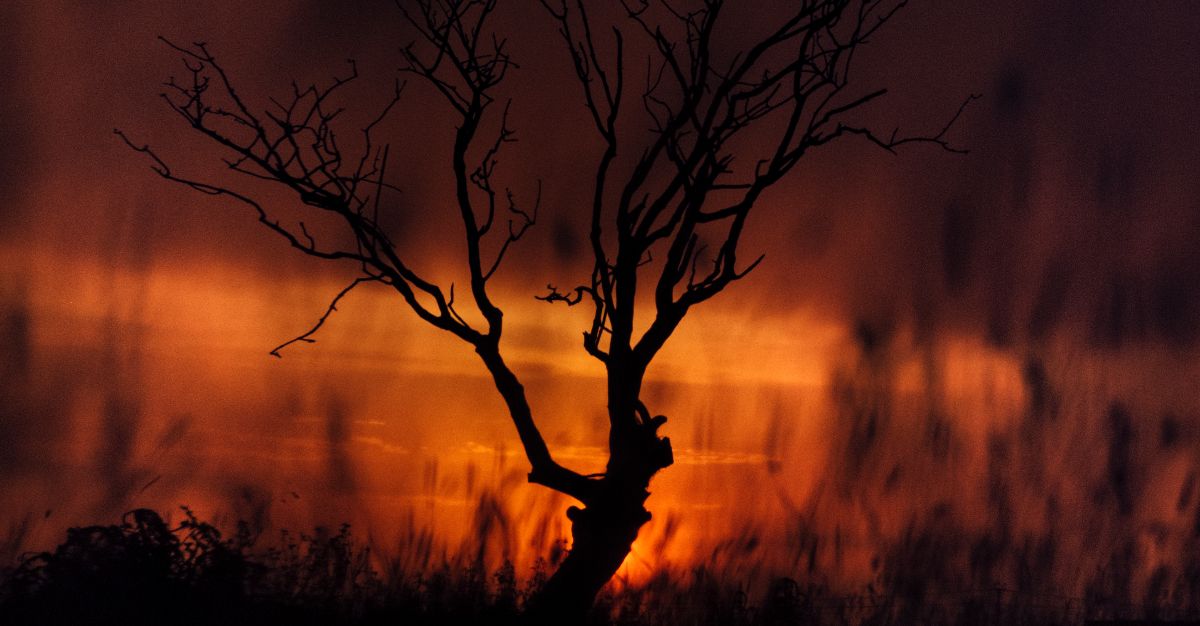 As of this writing, there are 14 currently active and named wildfires blazing through California and 198,392 acres have burned so far.

At around 6 a.m. on October 30th, a new fire broke out in California's Simi Valley. Dubbed the "Easy Fire", 407 acres were burning within two hours of the first spark.

As it spread, the Easy Fire began to endanger a number of ranches in and along the edge of the valley. 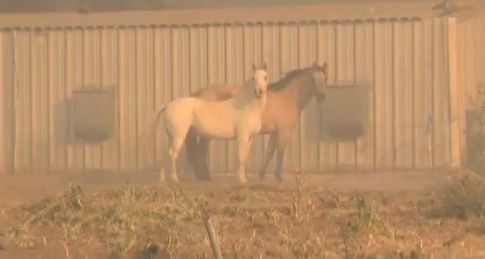 With dozens of horses in danger, local ranchers lined up along Tierra Rejada Road with their trailers and began evacuating the animals with the help of local emergency responders.

It was an amazing show of community solidarity, as neighbors risked their own safety for the lives of animals. 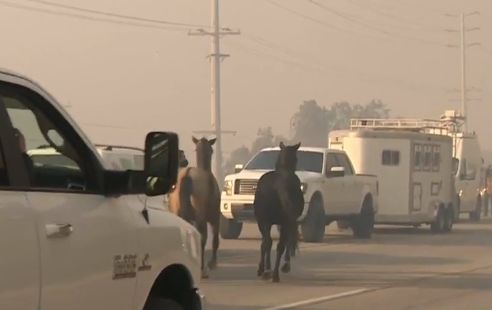 CBS Los Angeles was actually on the scene and captured incredible live footage of the rescue attempt.

The entire video is amazing.

We always hear about how horses panic and are a struggle to get to safety, but they all seemed to understand that the humans were there to help them.

But one particular horse stood out and the clip went viral.

Around the 45-second point in the footage, a black mare can be seen rushing back down the road, passing rescuers who wave for her to stop. 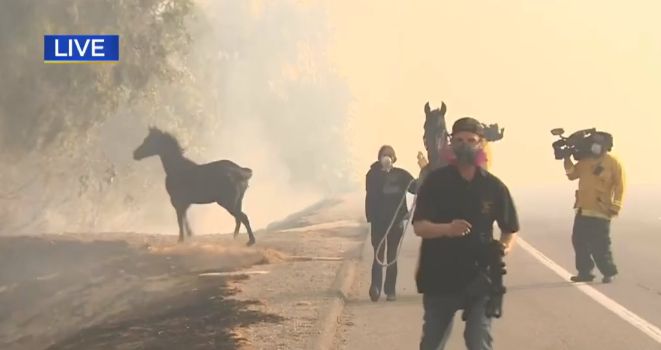 The mare rushes into the smoke through a break in the fence and while you might think at first that she's just panicking, she's actually on a mission.

Part way along the fence, she meets up with another horse and a black foal.

Of course, there's no way to know if the foal is hers, but it's certainly possible. Either way, blood isn't the only form of family and she leads them back the way she came, showing them where the fence ends and where humans are available to help.

Perhaps it is simply a small spark of joy in the terrible wildfire season, but people really latched onto the clip.

It's certainly the sort of thing to inspire happy tears.

And there's more good news: all but one horse was successfully evacuated from the path of the blaze. The single fatality was a 28-year-old mare who stumbled during evacuation, breaking both her front legs. Rescuers were forced to euthanize her.

Which is really sad, but because people came together in a crisis, many more deaths were prevented.