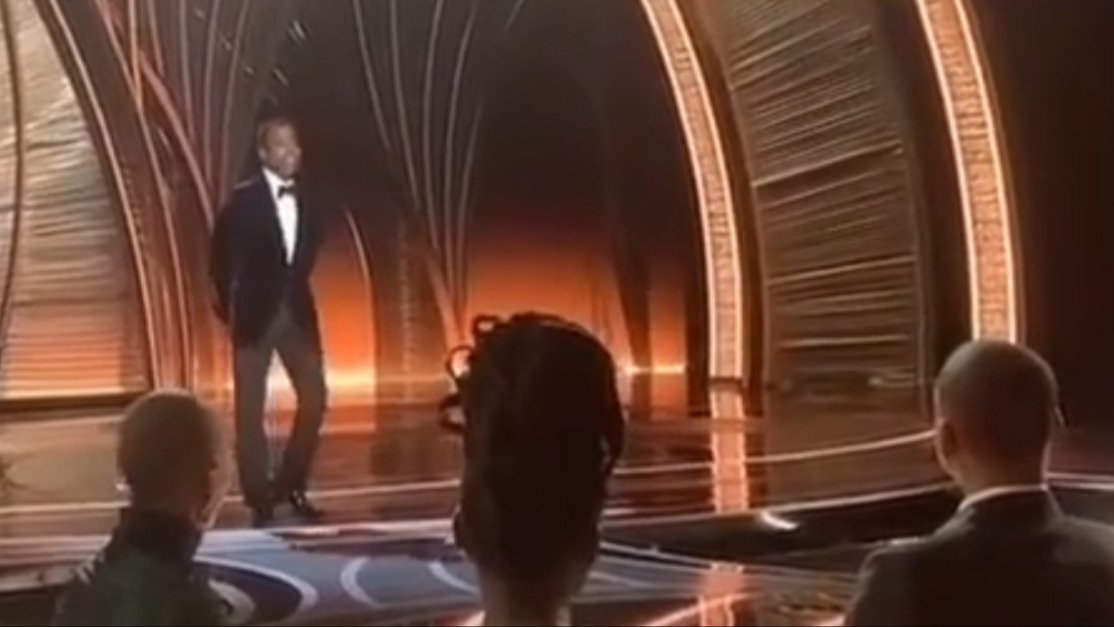 In the aftermath of an incident at the 94th Academy Awards that saw Will Smith slap Chris Rock for making a joke at Jada Pinkett Smith's expense, we've seen how ravenously the public has craved details about what went down from every angle.

And while debate persists as to whether Smith's actions were provoked or not, the incident has also highlighted Pinkett Smith's longstanding struggles with alopecia and saw her characterize the aftermath of the incident as a "season for healing."

This context would lead many to regard Pinkett Smith highly after an otherwise murky and dour situation, but some are finding that perception a little oversimplified after the release of footage capturing her immediate reaction to the slap.

On the night of March 30, a video began circulating TikTok with a caption stating "Here is an angle that most people have not seen." 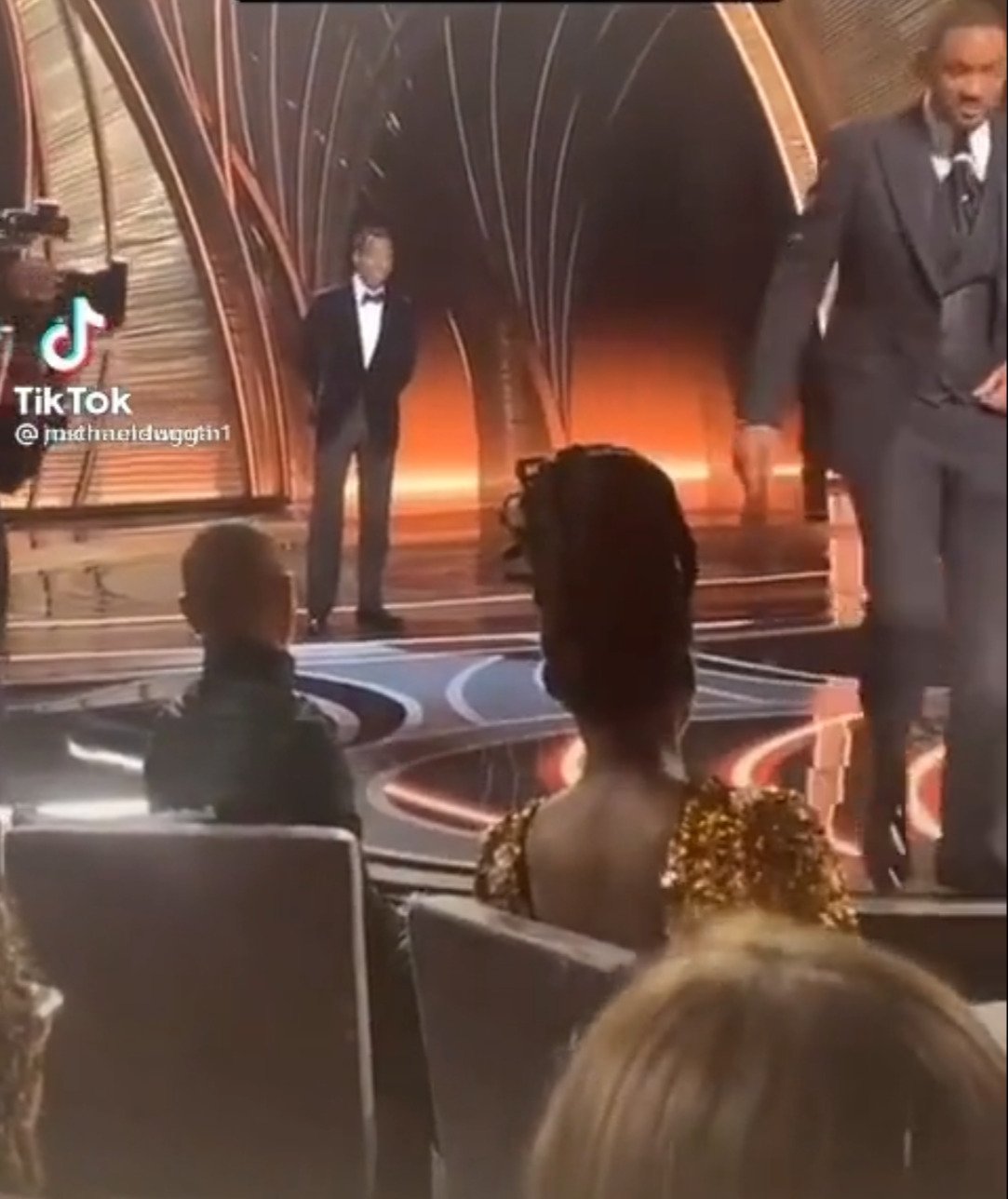 As we can see, it showed Smith returning to his seat after slapping Rock and another caption told viewers to "Look at Jada's reaction."

At first, it would seem difficult to do this as this footage taken by an unknown audience member largely shows the back of her head. 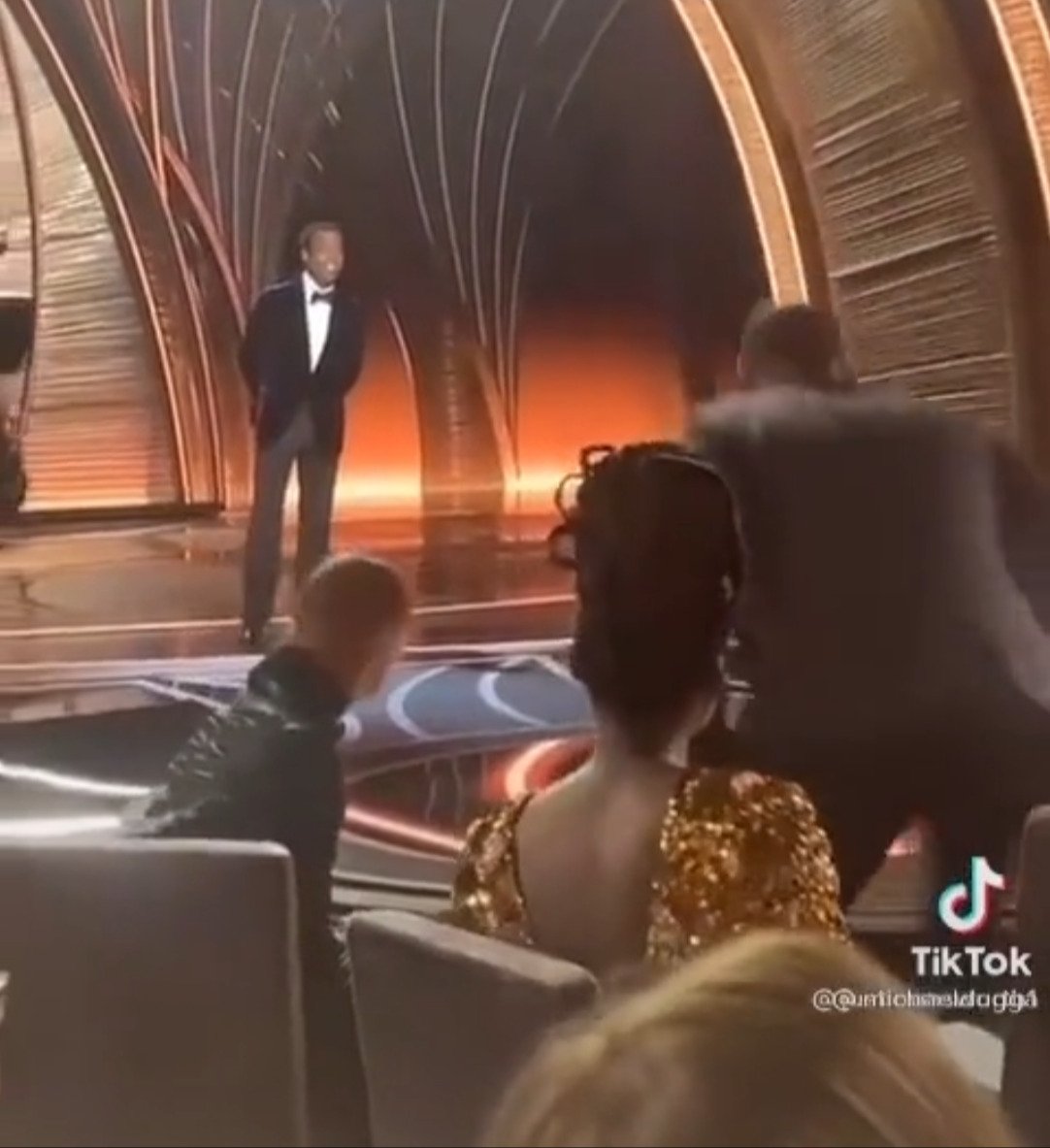 Nonetheless, when Rock states that Smith had just "slapped the [expletive]" out of him, we can see her lean forward and laugh.

We can also see her turn her face towards Smith when he started yelling at Rock to keep her name out of his mouth. 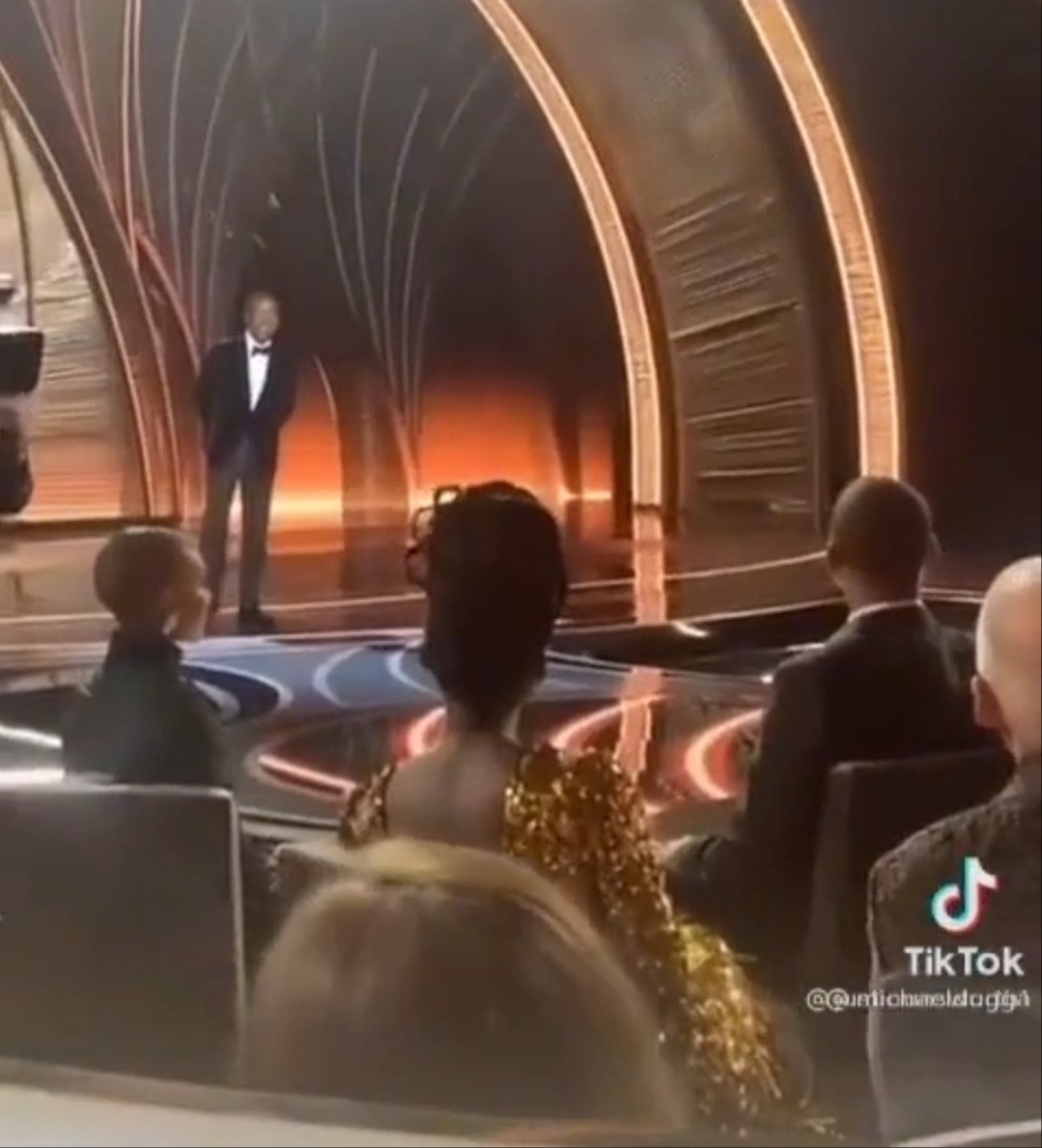 However, she largely appeared to focus on Rock as he expressed surprise at what just happened and kept watching him as Smith repeated his statement louder.

When Rock played the moment off by calling it the "greatest night in the history of television," Pinkett Smith clasped her hands together and raised them slightly. 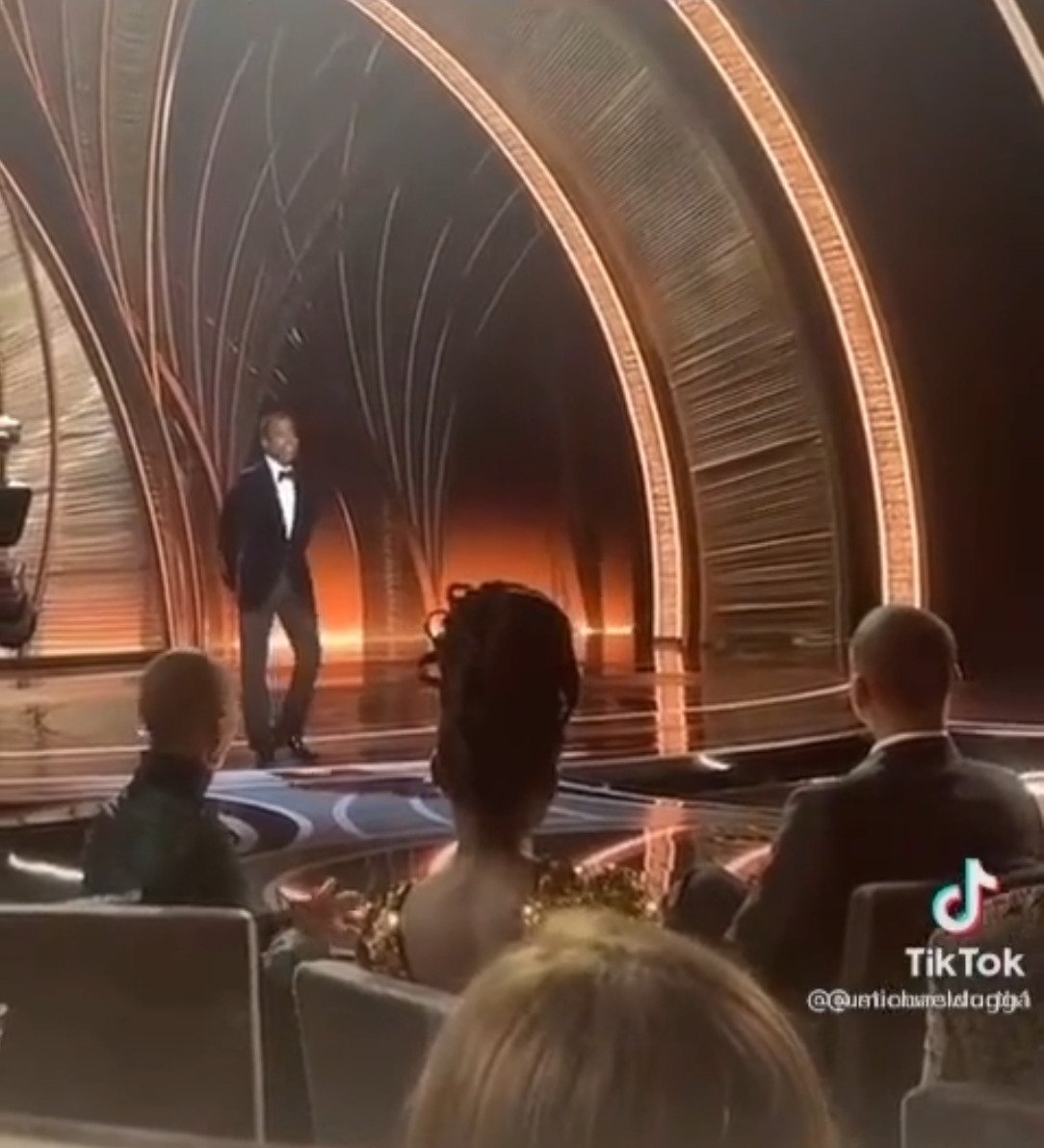 This could denote another laugh as that would describe the reaction of other audience members, but it's unclear while seeing her from behind.

In particular, one of the TikTok users who shared the video found it odd that she didn't seem to speak to Smith in any way, whether to comfort him or to address his behavior. 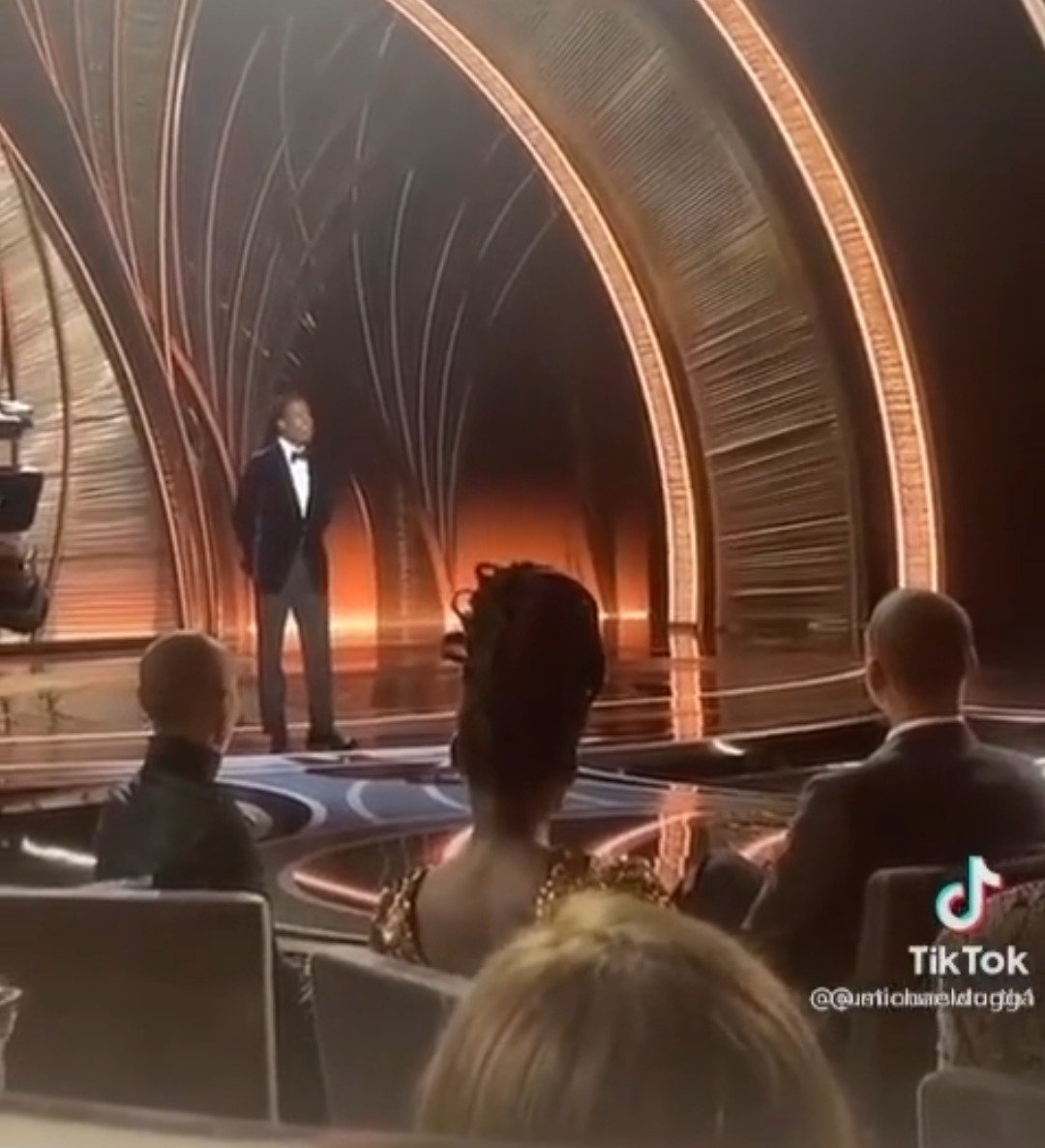 And in comments collected by Buzzfeed News, others seemed to infer that she was laughing at the fact that Smith slapped Rock.

However, the timing of her reactions seemed to suggest she instead saw humor in what Rock said right after the incident occurred.

Nonetheless, these commenters didn't exactly see how anything about what unfolded would be a laughing matter.

As one Instagram user said, "He just made a fool out of himself and why is she still laughing?"