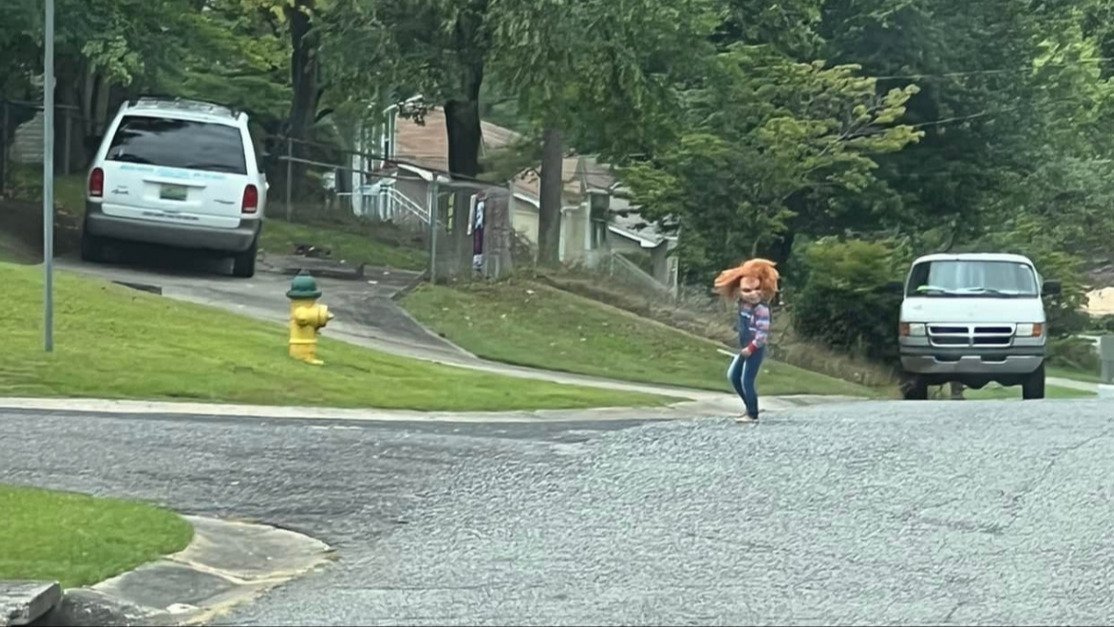 A woman enjoyed some unexpected viral success after capturing photos of a child startling the neighborhood by slinking around in a Chucky costume.

Although you're most likely to see the people in your life roll around in costumes on Halloween, sometimes there's another context that has them dressing up in wacky ways.

And sure, sometimes there's an actual purpose like a themed party or one mom's attempt to embarrass her kids with a Post Malone costume.

But as that clown outbreak in 2016 taught us, sometimes people just get a kick out of freaking people out by dressing as something scary. Yet as easy as it is to read into that intent when we're dealing with an adult, it tends to get a little murkier when we're embarrassed to admit that a kid scared us.

However that scenario came to pass for one Alabama neighborhood, one amused woman has now spread the delight she witnessed with the rest of the world.

On July 13, Kendra Walden of Albertville, Alabama was heading home after remodelling a house. 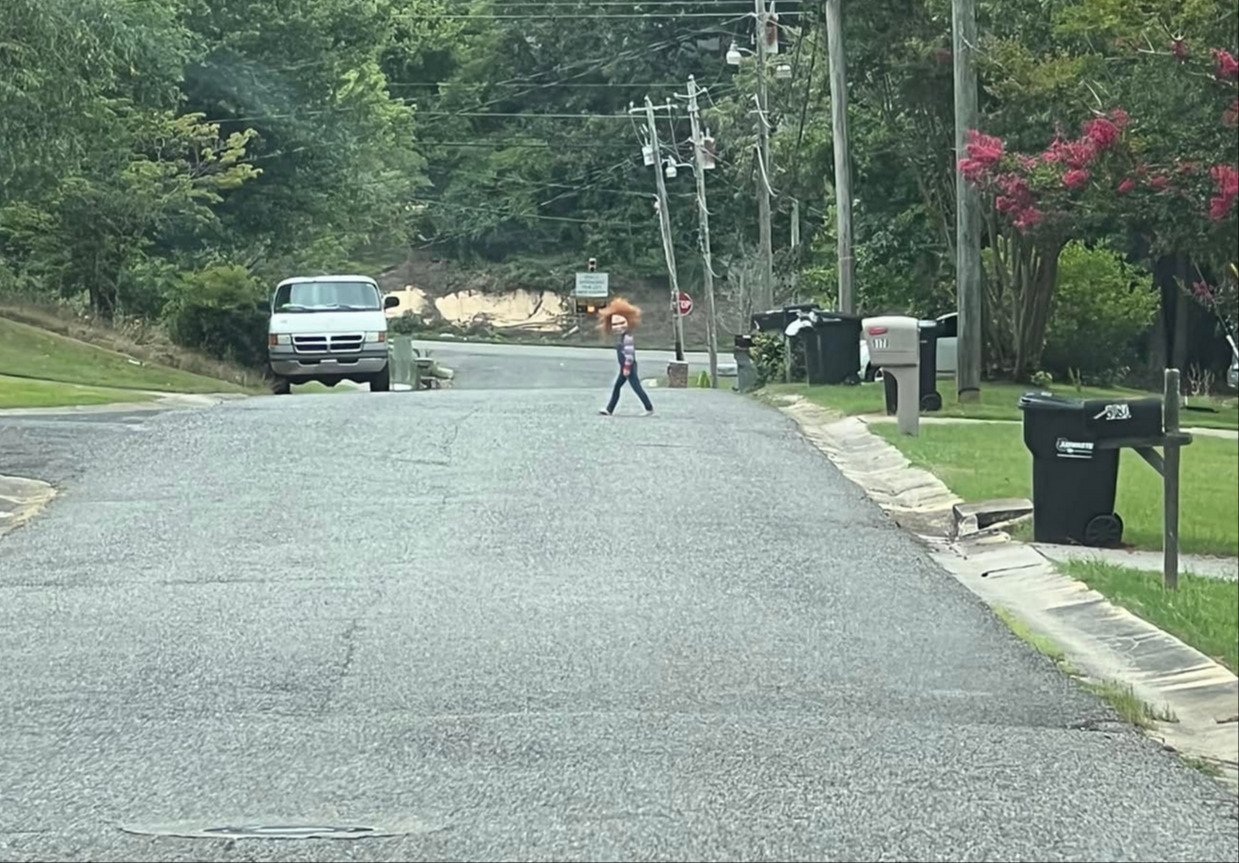 But as she told Today, she and the two women she was working with spotted something strange while they were on the road.

Since most of us don't exactly expect to see Chucky from Child's Play wandering around a sleepy suburb, Walden thought she was hallucinating at first.

But as she said, "When we got closer to him we saw that it was real. It scared the heck out of us." 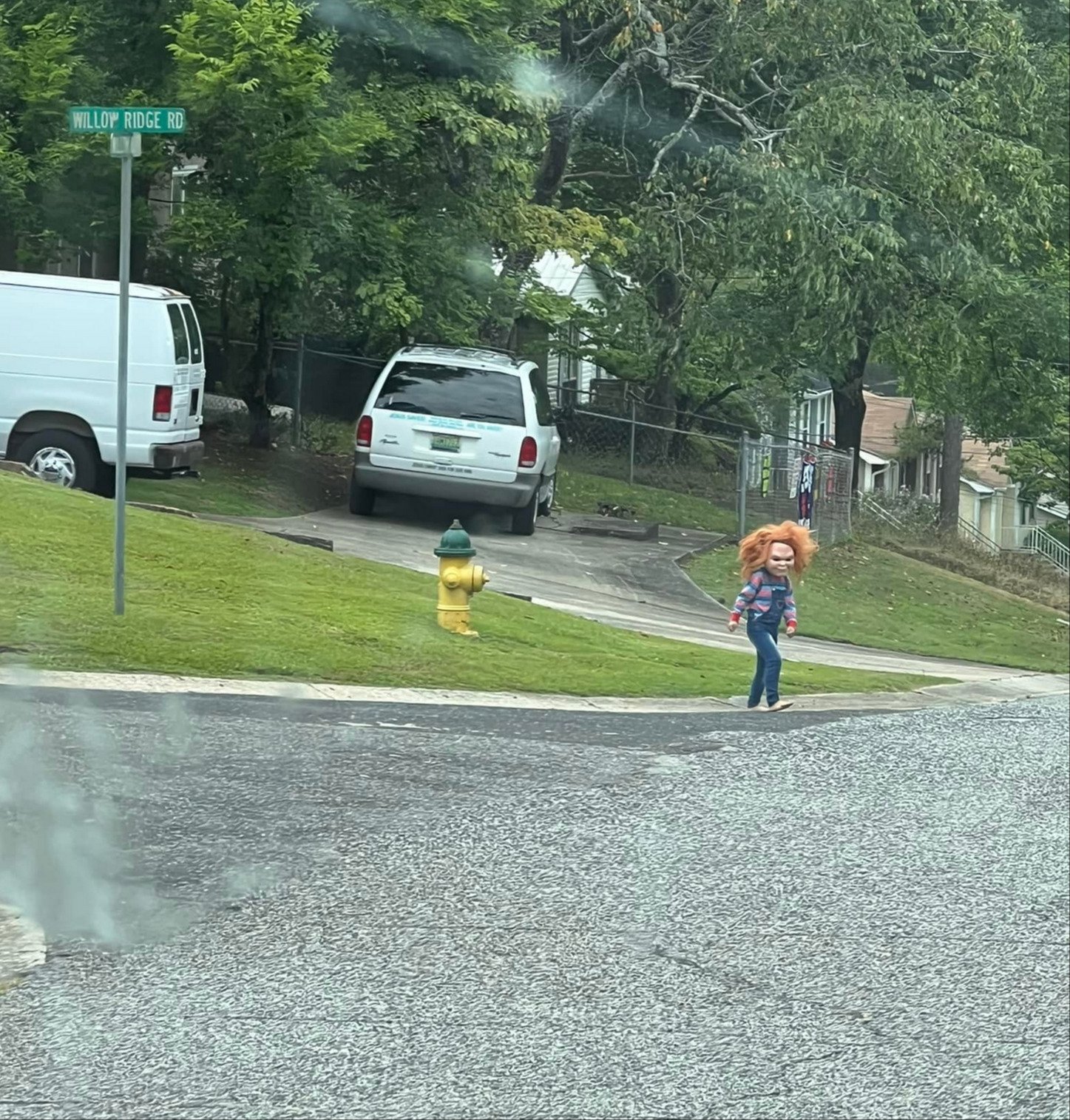 The sight prompted her to show her Facebook followers what she had seen and she accompanied her photos with a caption that stated, "Dear Parents of the little boy in the chucky costume in Pinson. GET YOUR KID.… I almost had a heart attack."

Indeed, the child made everyone in the car scream, but also made them curious enough to circle back around. And while there was a brief moment when the child took his mask off, he otherwise fully committed to the bit. 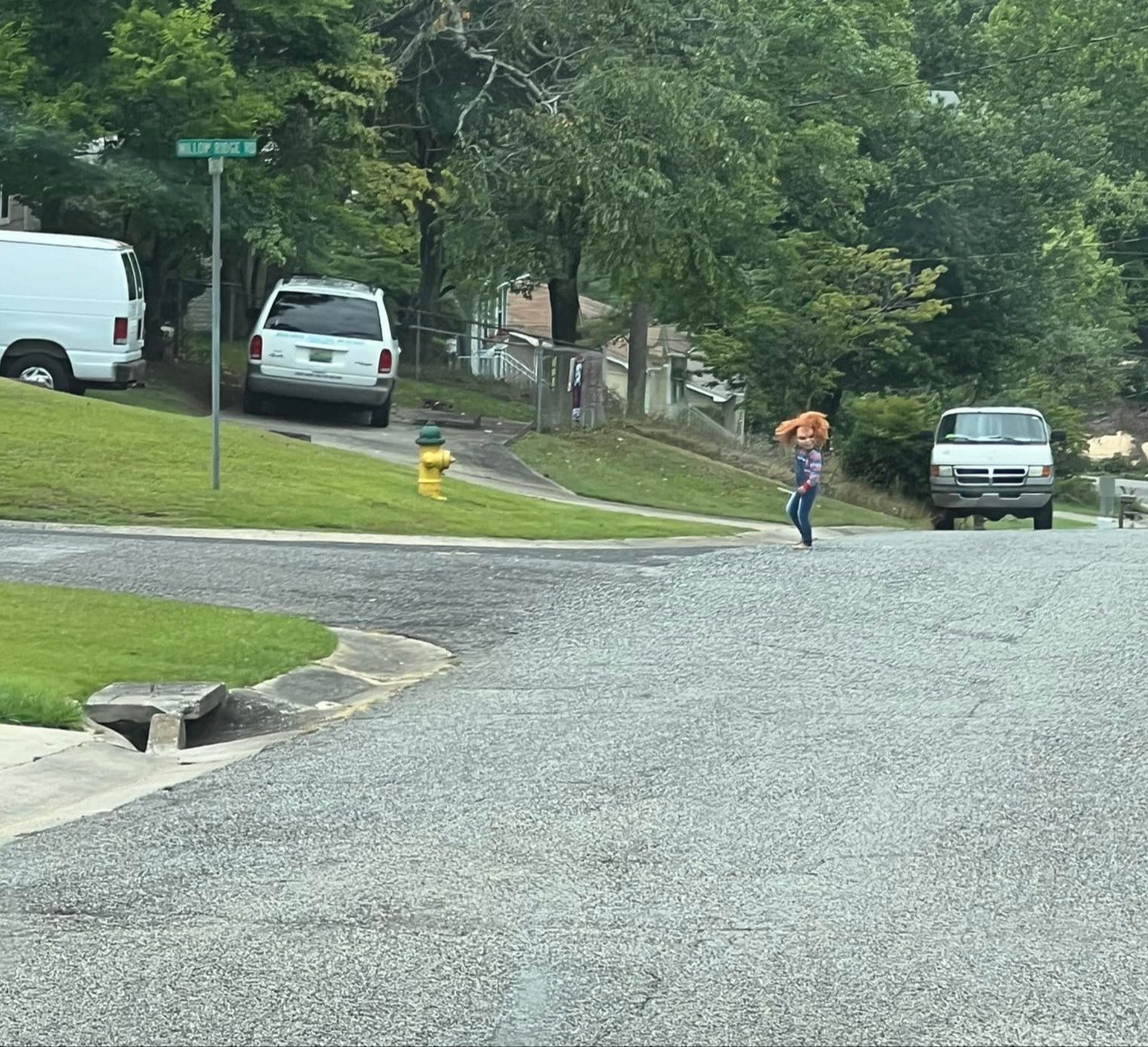 And most of her comments found the scene as hilarious as she did, particularly this shot that seemingly has Chucky doing a hair flip like he's in a shampoo commercial.

For her part, Walden was just glad that she was traveling with her employees and not her brother.

In her words, "My brother Zack, who is a Marine, was working on this house the day before. His biggest fear in the entire world is Chucky so he would have died on the spot."

But while most of her new viewers were there to have fun, Walden was annoyed to see that some took her post as an opportunity to mommy shame.

As she explained, "Some others have posted really rude things regarding him crossing the street alone and so forth. He did cross the street alone, but he looked both ways and made sure we were stopped before crossing."

For her, such comments seemed to prove that no matter what you do, someone will have a problem with it.

As she continued, "It’s sad to see so many people come at his mother for allowing her child to have some fun — with his grandmother close by watching it all. I wish everyone would be more positive."