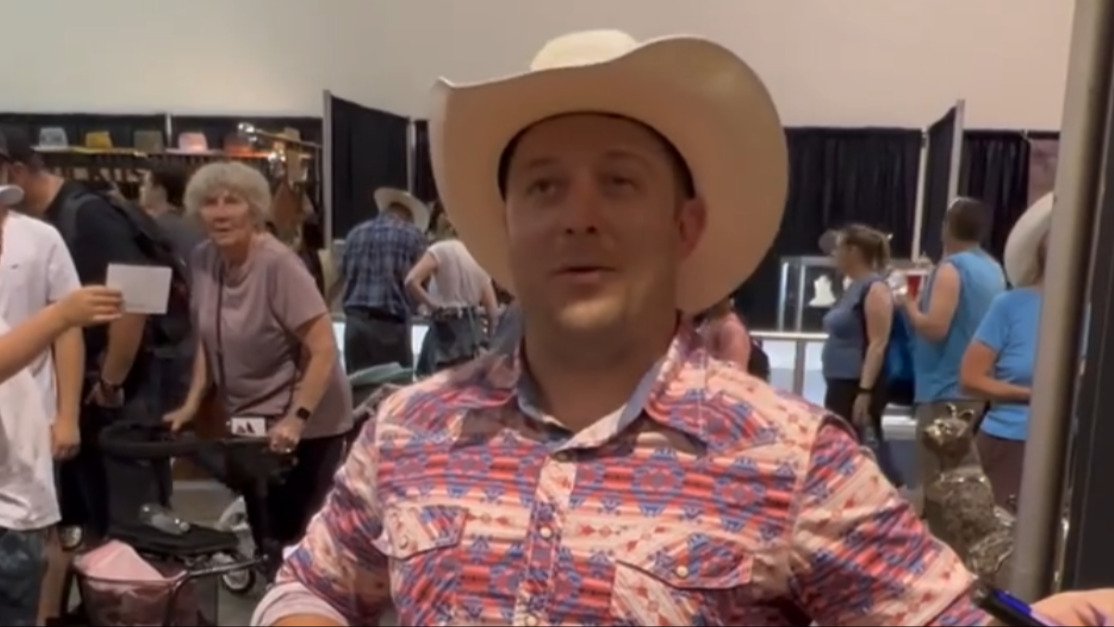 A period pain relief company is surprising one rodeo's rough and tumble cowboys with how excruciating menstrual cramps can really be thanks to a special firsthand experience.

In recent years, the menstrual pains that most women have long had to suffer are starting to become more widely understood as debilitating. Not only are we seeing more doctors agree that they can be as painful as heart attacks, but some companies are also offering paid "period leave" for their menstruating employees.

But of course, no cultural shifts happens all at once so it's still hardly uncommon to see people downplay period pain, as one man attracted some serious backlash by comparing them to scraped knees.

But since those experiencing painful periods aren't just going to face these dismissive attitudes from internet strangers, one company has found a novel way to raise awareness.

At the annual Calgary Stampede rodeo in Alberta, Canada, representatives from the period pain relief company Somedays set up a station that taught the cowboys in attendance what periods feel like. 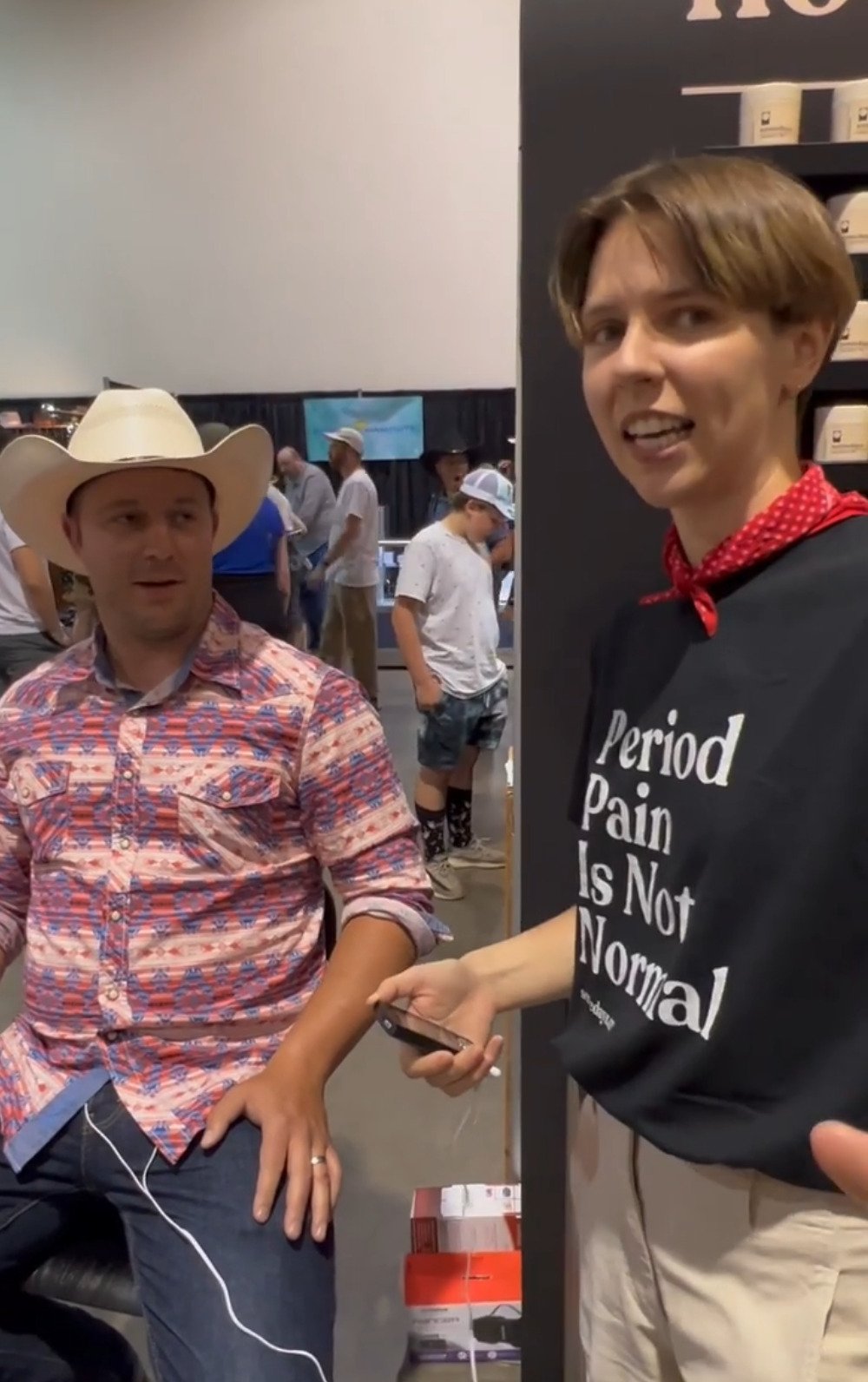 And as the company's co-founder and CEO Lux Perry explained to this man in an Instagram video, all of the representatives had previously tested the simulator itself and gauged their own periods on the machine's one to 10 scale.

They determined that an average period comes in at about a five, while many of the women working the station tended to experience a seven.

For Perry, even a 10 doesn't always reflect their pains because they have endometriosis and have had to be hospitalized during some particularly bad months.

And while most of the volunteers who tested the machine experienced some painful muscle contractions before making it to five, Perry reminded them that they'd have to work and live as normal under those conditions. 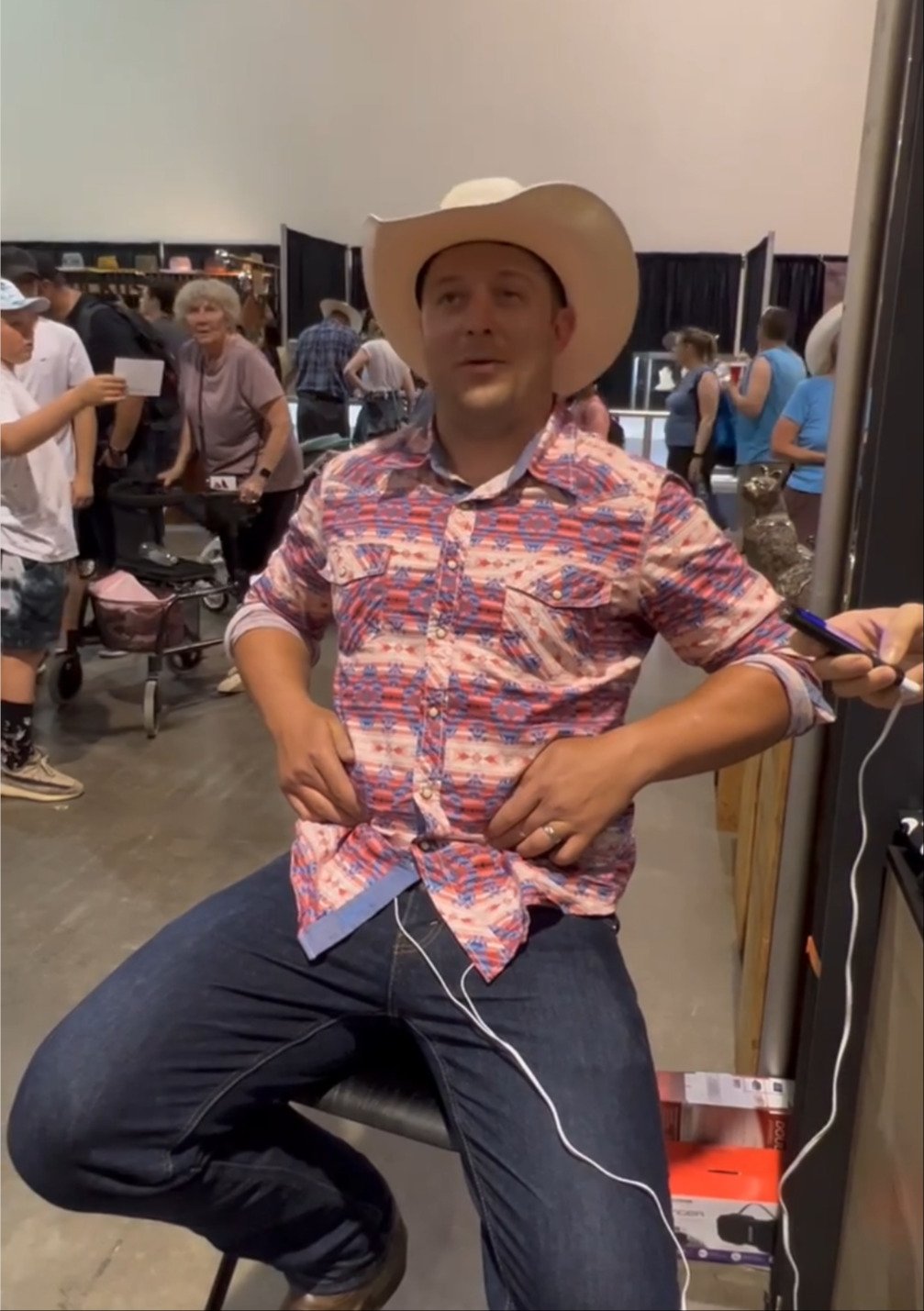 That's why the woman we saw earlier was wearing a T-shirt saying, "period pain is not normal," after all.

And by the time they got to seven, many of the cowboys would readily agree as that level proved to be too much for some of them.

Those who made it to 10 were told to say, "Yeehaw" and you can hear for yourself in the full video how easy that was for them.

But while the results tended to be pretty funny, there's a serious reason that the Somedays staff wanted to make these rough and tumble cowboys squirm. 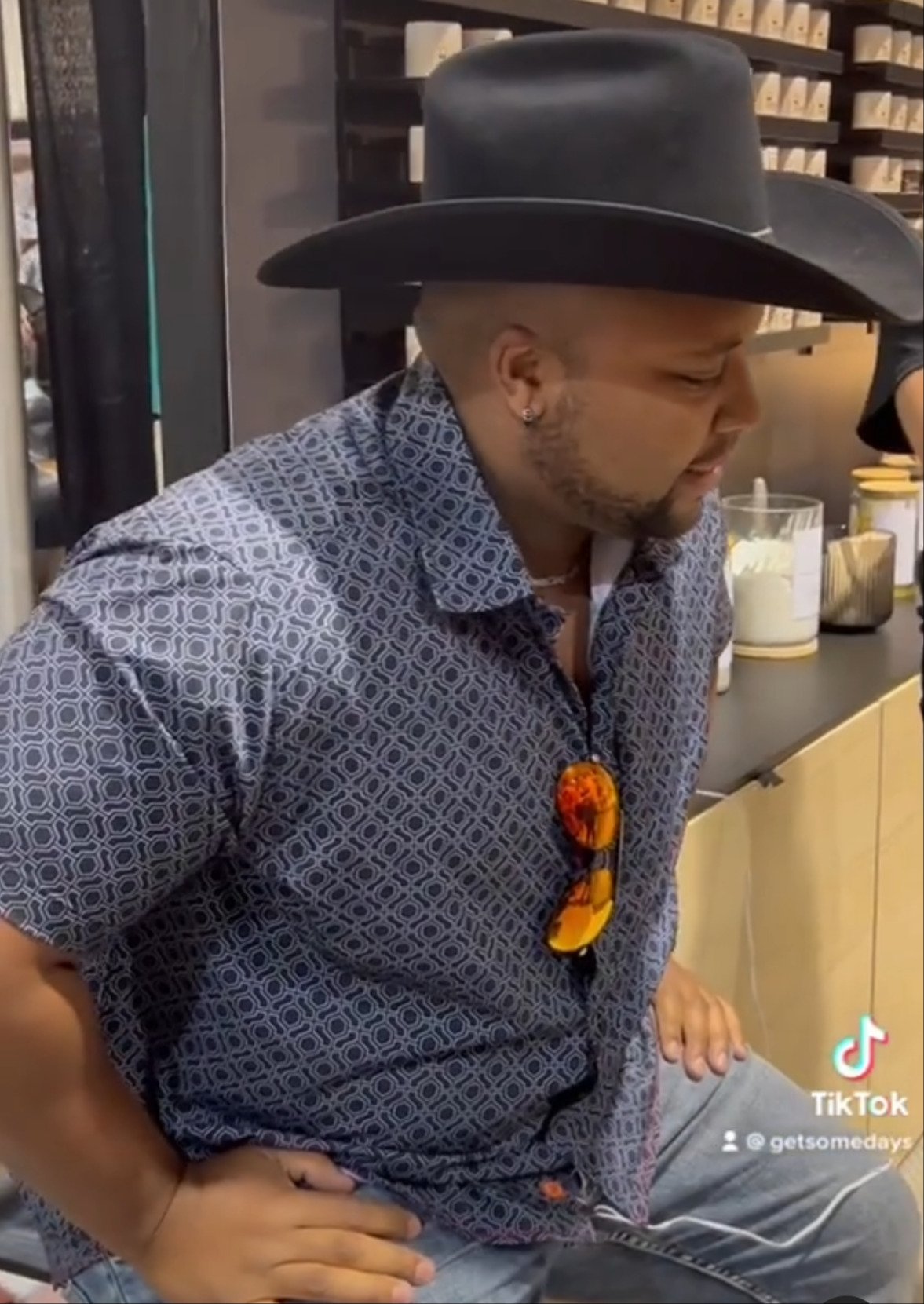 As Perry told Global News, "A lot of people with periods experience extreme amounts of pain and are invalidated in aspects of their life by their teachers, their coaches, their friends and doctors. So we bring the period simulator to give people an idea of what they have to endure."

So with every "yeehaw" came another person who developed a new understanding for what the women in their lives go through.

And to really illustrate their point, the Somedays staff were able to get a champion bull rider from Utah named Tyler Bingham to try their device out. 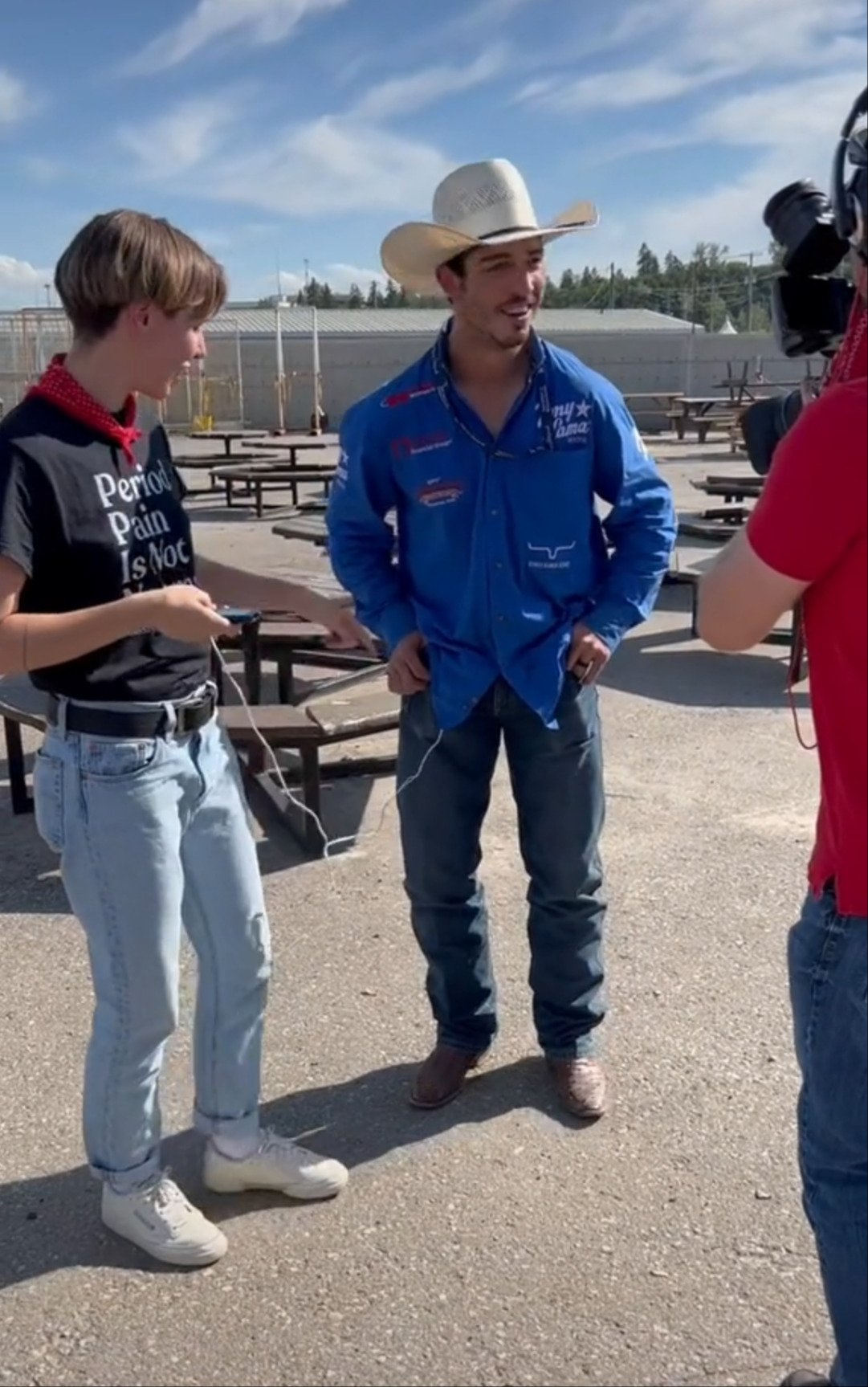 And as someone who's had a bull stomp on his chest and break both his sternum and his ribs at once, Bingham can be safely described as knowing a thing or two about pain.

Indeed, his injuries have scarred his body to such a degree that even a 10 was manageable for him in the parts of his body that experienced them. But even he had to admit that the unaffected parts were jolting and lurching in pain as the dial neared 10.

In his words, "I’m going to stick to bull riding."

If you're still not convinced, you can watch these cowboys struggle to say "yeehaw" yourself.