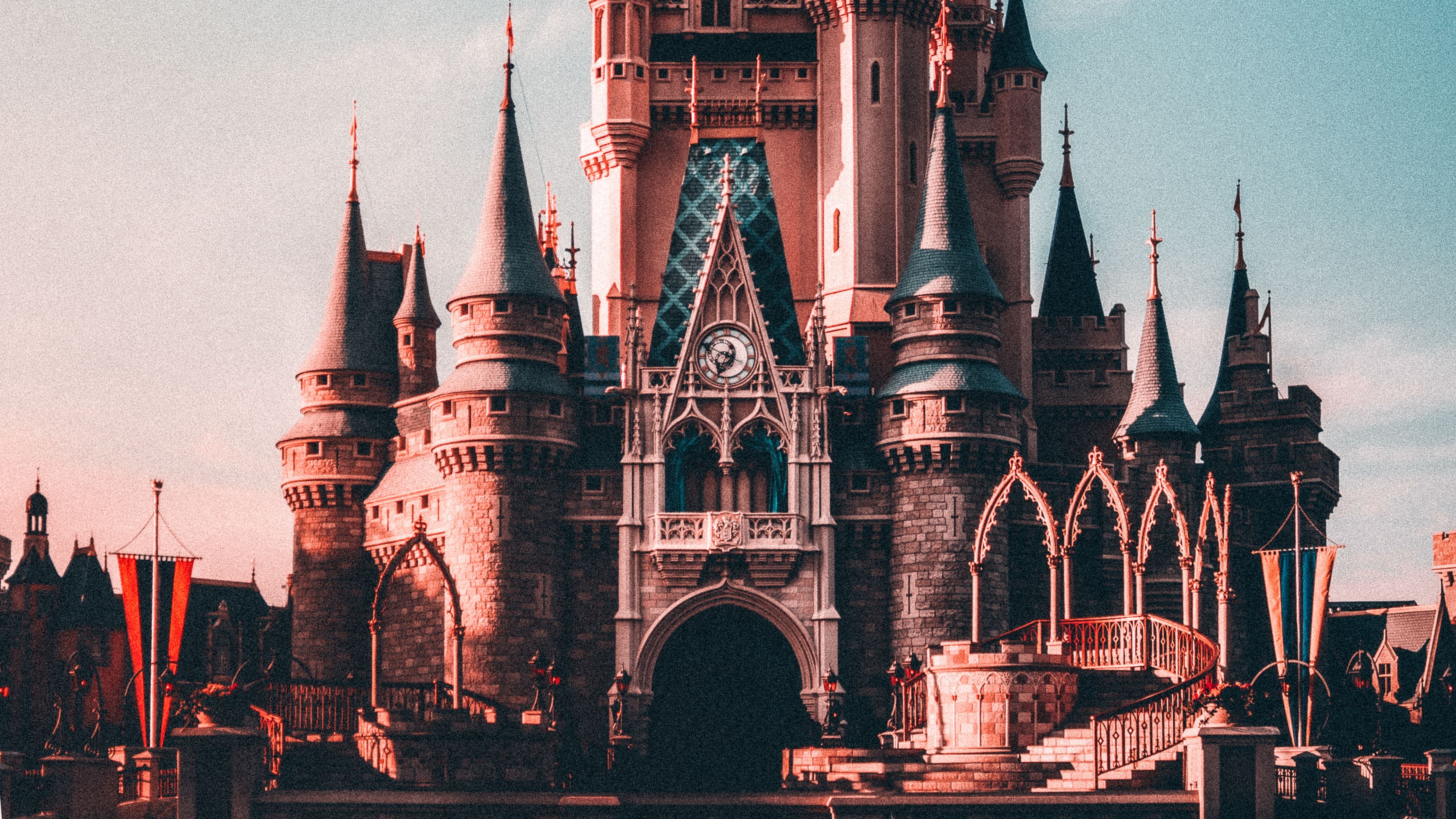 Disney princesses and heroes are beloved by people of all ages, but people tend to want to root for the franchise's villains, too. After all, there's nothing quite as exciting as a good villain.

That's why in this list, we're looking over some fun facts about Disney villains you might not have known. Or, maybe you're a smarty pants and know them all already.

Shan Yu was meant to have magical powers.

A deleted scene of the 1998 Mulan film shows Shan Yu and the Huns destroying a village, and includes the villain potentially seeing through a psychic connection with his falcon, Hayabusa.

While this kind of magic was originally planned for the film, the directors decided to scrap it in favor of spending more time on Mulan herself.

Despite literally being a pirate captain who sails along the sea, Captain Hook has revealed on the Disney Jr. show Jake and the Neverland Pirates that he does get seasick from time to time.

Bruce Smith once described Dr. Facilier as the "lovechild" of Cruella de Vil and Captain Hook.

In a lot of ways, that's a pretty accurate way to describe The Princess and The Frog's principal villain. Of course, supervising director Bruce Smith probably wasn't being literal.

Dr. Facilier was originally named after a real-world dictator.

Speaking of Facilier, he was originally named Dr. Duvalier, which is the name of a real former president and ruthless dictator of Haiti, Francois "Papa Doc" Duvalier. Probably not the best move to name a villain in a family movie after an atrocious figure in recent history.

Hans strikes a pose that pays homage to Donny Osmond.

The "Love is an Open Door" sequence of Frozen features a part where Hans and Anna are under a waterfall. The scene was animated by Donny Osmond's nephew, Hyrum, who added a moment where Hans lifts his arm in a way that's similar to Osmond during performances.

Scar was not meant to be based on Shere Khan.

Though there are similarities between The Jungle Book's Shere Khan and The Lion King's Scar (the biggest one being the fact that they're villainous big cats), lead animator Andreas Deja did his best to not use the tiger as Scar's inspiration.

But you probably already knew that. They call him Scar because of the scar on his face, but his name is actually Taka. In Swahili, Taka literally means waste.

I think I'd rather go by Scar, too.

At one point in development, Kovu was Scar's biological son.

In The Lion King II, Kovu is Scar's adoptive son, and his mother, Zira, hopes to use him to avenge Scar's death. But Zira and Scar were meant to be mates, which would've made Kovu Scar's actual son, and the biological cousin of Simba's daughter, Kiara. For obvious reasons, they cut that out.

Frollo dies in the shape of a Petrine Cross.

When Frollo plunges to his death at the end of The Hunchback of Notre Dame, he falls in the shape of a Petrine, or inverted, cross. Considering the religious overtones of the film, this symbolism is pretty fitting.

Interestingly, he also collapses in the shape of a Petrine Cross at the end of "Hellfire."

The religious villain song is rife with a lot of symbolism, but Frollo's final moments in the scene show him collapsed in an inverted cross shape, foreshadowing what's to come later in the film.

You might know the tidbit that Ursula's design was based off the drag queen Divine, but did you know that Bea Arthur was slated to voice the sea witch?

When Arthur dropped out due to schedule conflicts, they brought Carroll in, and the rest is history.

The story of Tangled, which takes place in the 1780s, follows Rapunzel and her magic hair, which is used to keep Mother Gothel alive. Gothel's clothing are in the style of the Renaissance, which happened about 400 years prior.

When the spell is broken at the end of the film, Gothel's clothing (apart from her cloak) disappear as well.

This points to the fact that her clothes were likely as old as she was, meaning that the magic that kept her alive also kept her clothes together.

Maleficent had the goriest Disney death of her time.

When Prince Philip stabs Maleficent in dragon form, visible blood can be seen, making it the bloodiest on-screen death of the films that came out in Disney's lifetime. It also happened to be the first and only time a character was deliberately killed on-screen on Disney's watch.

Maleficent's death scream is the same one the Evil Queen lets out in 'Snow White and the Seven Dwarves'.

When the cliff the Evil Queen is standing on gets struck by lightning and gives way, leaving her to plunge to her death, she lets out a scream. That scream was reused for when Maleficent gets stabbed by Prince Philip.

Gaston was a French nobleman at one point.

Earlier drafts of Beauty and the Beast had Gaston play the role of a nobleman who was pushed into asking for Belle's hand in marriage by her aunt (who was subsequently written out of the film). As such, he had a pretty different appearance, too.

Originally, when Jafar became Sultan, there was a magic spell that altered reality to make everyone believe he was always Sultan. The only ones immune to the spell would've been the magic carpet, as well as Aladdin and Abu. But this proved to be a little too confusing to follow, so they cut that part out.

In an original ending, Oogie Boogie was going to be Dr. Finkelstein in disguise.

The reveal would've been that Oogie Boogie was just Finkelstein in a costume, getting back at Jack after Sally chose him over the doctor. But that ending ultimately got scrapped.

Cruella De Vil was pitched as a villain in 'The Rescuers.'

An original storyboard for The Rescuers saw Cruella returning to be a villain once again, but was cut. She was replaced with Madame Medusa, a very similar character.

Yzma was dreaming of Ricky... in Spanish.

In the Spanish dub of The Emperor's New Groove, Yzma mentions that she was "dreaming of Ricky" when Kronk wakes her up. It's actually unknown who Ricky is, and it's never mentioned in the movie again (or in other language versions).