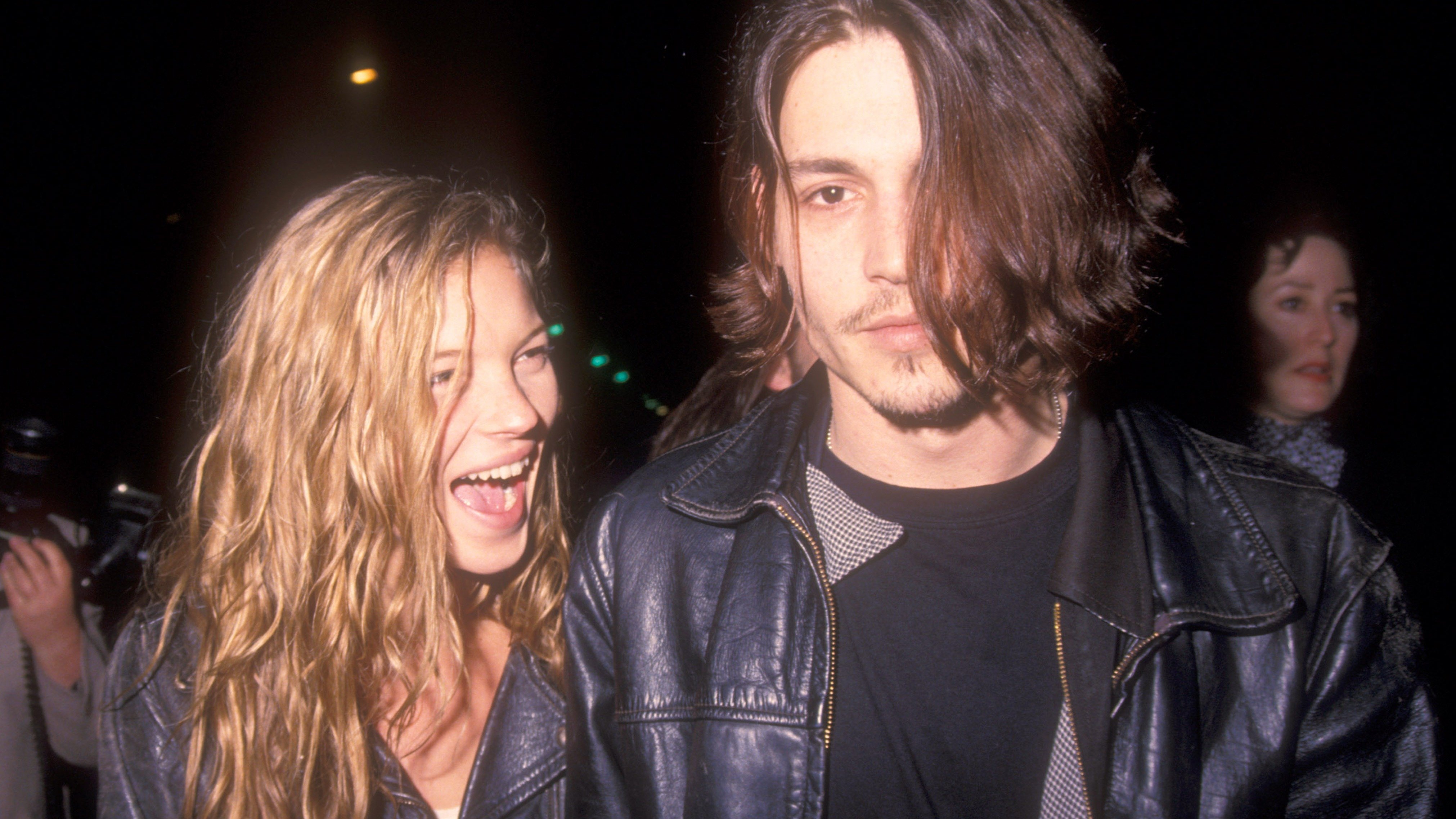 Here's a story I could have gone my whole life without knowing, but Kate Moss is here to make us all uncomfortable. In a new interview with British Vogue, the supermodel broke down 20 of her most iconic outfits while participating in the magazine's "Life in Looks" segment.

While coming across a picture from 1995, Kate explained an NSFW story about how she received a diamond necklace from her then-boyfriend, Johnny Depp.

It's no secret that supermodel Kate Moss has lived a very eventful life.

In her 48 years, Kate has solidified herself as a pop culture icon. When you say the name Kate Moss —everyone knows who you're talking about.

Kate and BFF Naomi Campbell basically ran the world in the '90s.

Their relationship featured a few rocky moments, including reports of a blowout fight in September 1994 which ended with Johnny's arrest.

As reported by People, the Sherlock Gnomes actor was arrested in the early morning

hours of September 13th, 1994 and charged with criminal mischief at New York's Mark Hotel for allegedly trashing his hotel room.

Police reported they found the actor "in a state of possible intoxication" while the supermodel was unharmed.

While chatting with "British Vogue" in a new interview where she dished on 20 of her most iconic looks, Kate recalled one NSFW memory she shared with her actor ex.

While looking at a photo of herself from the 1995 CFDA Fashion Awards in New York, the model broke down the look and explained that the diamond necklace she was wearing was a gift from Johnny.

"They were the first diamonds I ever owned," Kate recalled. "He pulled them out of the crack of his a**."

"We were going out for dinner and he said, 'I've got something in my bum. Can you have a look?'" she continued. "And I was like, 'What?'"

Sorry... WHAT? A diamond necklace with a side of booty juice? I'd rather not.

I just hope she washed it before she wore it!