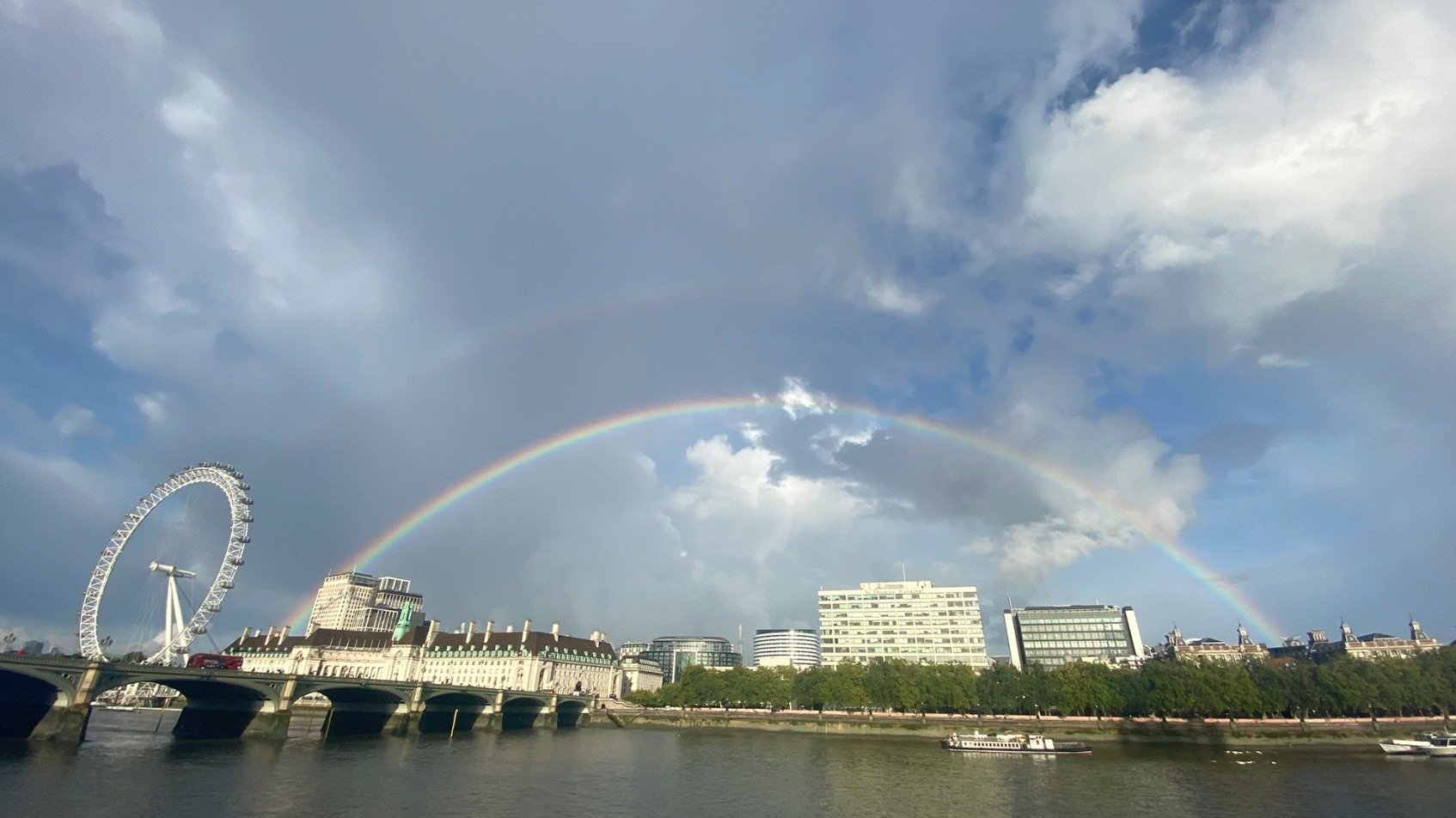 On Thursday, it was announced that Her Majesty Queen Elizabeth II had died. The monarch was 96 years old and had spent a historic 70 years on the throne.

While millions of fans mourn around the world, those gathering in London were treated to a beautiful double rainbow upon hearing the news that Her Majesty had passed.

In the early morning hours of Thursday, September 8th, the public was told that Queen Elizabeth II was being monitored by doctors who were "concerned" for her health.

"Following further evaluation this morning, The Queen’s doctors are concerned for Her Majesty’s health and have recommended she remain under medical supervision," the statement read.

The public was told that "The Queen remains comfortable" and was at her summer home, Balmoral, in Scotland.

Royal insiders revealed that Her Majesty's children were making their way to her bedside.

On Thursday night, it was announced that Her Majesty had passed away.

In the moments following the news of Her Majesty's death, those gathered by Buckingham Palace noticed a beautiful double rainbow.

What an unbelievable sight that surely brought comfort to those mourning outside.

Even those across the city of London could see the double rainbow.

A symbol as strong as Her Majesty was.