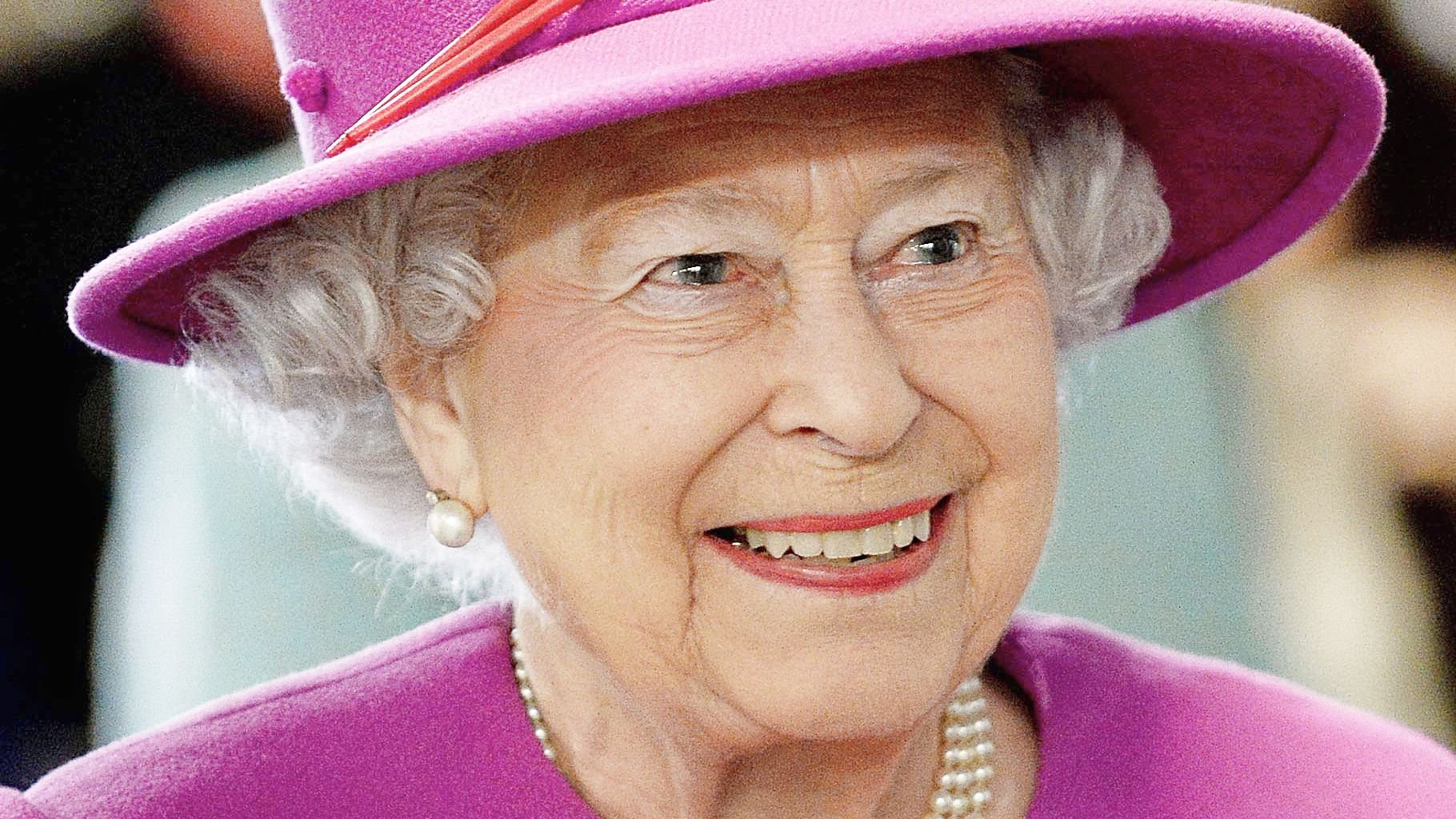 Tributes Pour In For Queen Elizabeth II After Her Passing

Whenever any famous person passes away, it's inevitable that those who knew them and whose lives they touched will want to share fond memories, or at least pass along well wishes to their loved ones.

But Queen Elizabeth II wasn't just any famous person. Her Majesty was a household name in much of the globe, with her likeness featured on currencies in 33 different nations. She reigned for 70 years, longer than any other monarch, during which the U.K. had 15 different Prime Ministers, the U.S. had 14 different Presidents, and the Roman Catholic Church had seven different Popes.

To say she touched many lives would be an understatement. And so, tributes to the long-reigning monarch have been flowing in since the announcement of her death.

Here are just a few of the world leaders and celebrities who shared their thoughts on Queen Elizabeth's passing.

The Bidens issued a lengthy statement following The Queen's death, calling her "a stateswoman of unmatched dignity and constancy who deepened the bedrock Alliance between the United Kingdom and the United States."

The Bidens also recalled meeting with her last year, when they said she "charmed us with her wit, moved us with her kindness, and generously shared with us her wisdom."

The former president and first lady also shared a lengthy statement, saying "She listened deeply, thought strategically, and was responsible for considerable diplomatic achievements. And yet, she wore her lofty titles with a light touch—as willing to act in a comic sketch for the London Olympics as she was to record steadying messages for the people of the UK during the COVID-19 lockdowns."

President Macron paid tribute to The Queen in a tweet that recalled her as a "friend of France, a kind-hearted queen who has left a lasting impression on her country and her century."

As a Commonwealth nation, Queen Elizabeth was Canada's Head of State for 70 years, as Prime Minister Trudeau hinted at in his tribute tweets, calling Her Majesty "a constant presence in our lives."

"As we look back at her life and her reign that spanned so many decades, Canadians will always remember and cherish Her Majesty’s wisdom, compassion, and warmth," he continued. "Our thoughts are with the members of the Royal Family during this most difficult time." 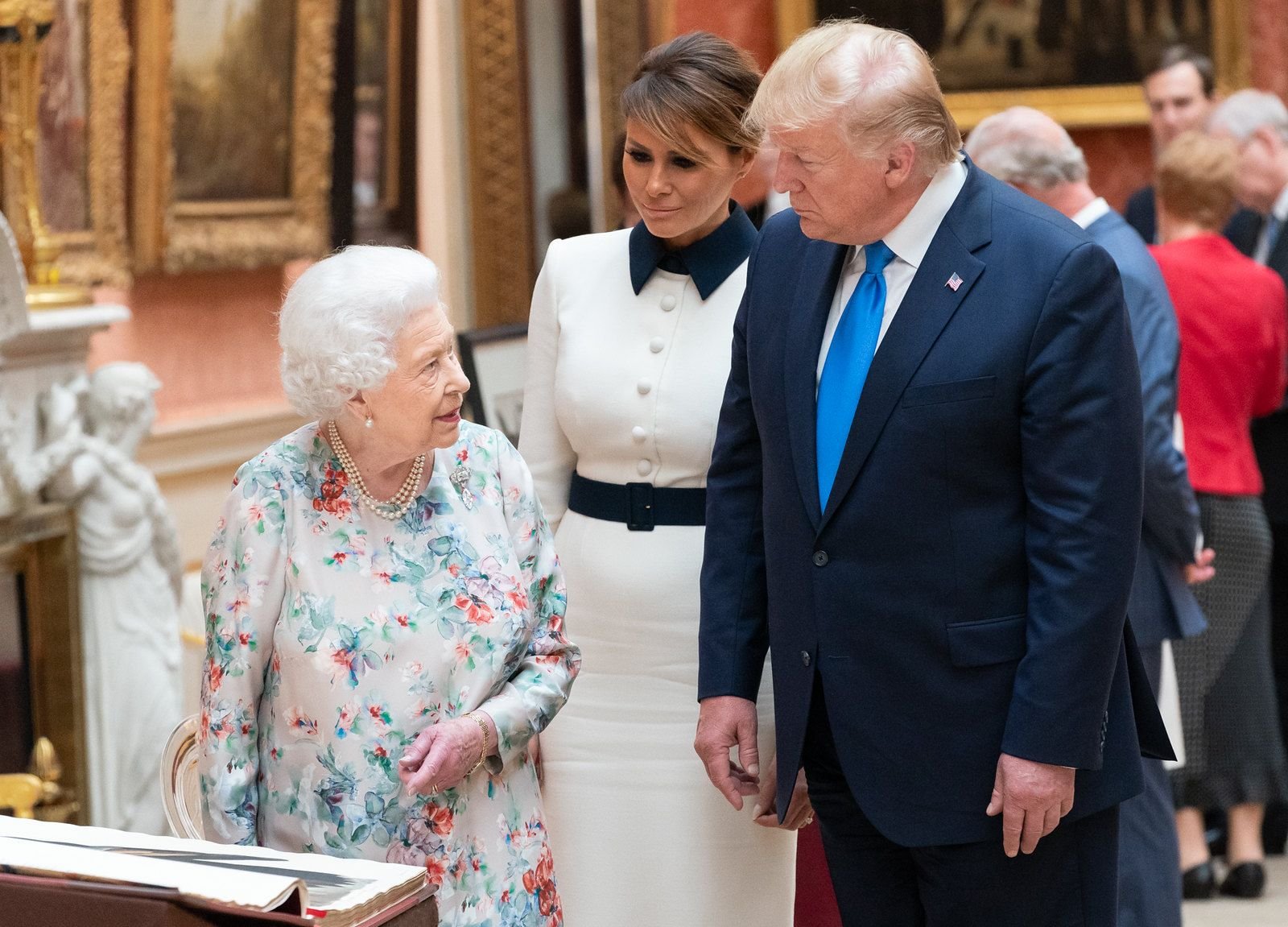 The former president issued a statement that recalled The Queen's "tremendous legacy of peace and prosperity for Great Britain.

"Her leadership and enduring diplomacy secured and advanced alliances with the United States and countries around the world," Trump continued. "Melania and I will always cherish our time together with the Queen, and never forget Her Majesty’s generous friendship, great wisdom, and wonderful sense of humor. What a grand and beautiful lady she was — there was nobody like her!"

Mirren, who portrayed Queen Elizabeth in the 2006 film The Queen, as well as the Broadway play The Audience, paid tribute on Instagram, writing that "We mourn a woman, who, with or without the crown, was the epitome of nobility."

Sir Elton was famously friends with Princess Diana, and was also knighted by Queen Elizabeth in 1998. He recalled her fondly in his 2019 memoir, Me, writing that "I know the Queen's image isn't exactly one of frivolity, but ... in private she could be hilarious."

The Rolling Stones have been around in the rock world almost as long as Queen Elizabeth reigned, and they also pointed at that fact in their tribute.

Front man Mick Jagger also posted a personal tweet, saying "For my whole life Her Majesty, Queen Elizabeth II has always been there. In my childhood I can recall watching her wedding highlights on TV. I remember her as a beautiful young lady, to the much beloved grandmother of the nation. My deepest sympathies are with the Royal family."

The venerable British rocker — who has been battling his own health issues of late — and his wife, Sharon, recently announced that they were moving back to Britain from the U.S. He posted this tribute to Queen Elizabeth on his Twitter.

The Harry Potter creator tried to explain to the rest of the world what Brits might be going through right now, writing on Twitter that "Some may find the outpouring of British shock and grief at this moment quaint or odd, but millions felt affection and respect for the woman who uncomplainingly filled her constitutional role for seventy years."

As the King of Pop's sister and a stellar musician in her own right, Janet Jackson is music royalty, and she paid tribute to the Queen on Instagram with a pic of the two of them meeting.

"May you Rest In Peace Queen," she wrote.

The Italian Stallion also recalled brushing elbows with the Queen on his Instagram. "May this GREAT QUEEN, rest in peace. The world will never see the likes of her again," he wrote.

One of the more touching posts came in the form of this simple statement from Paddington.

Queen Elizabeth appeared in an adorable short about marmalade sandwiches with Paddington for her Platinum Jubilee. Amazingly, she kept the project secret from much of the rest of the Royal Family.