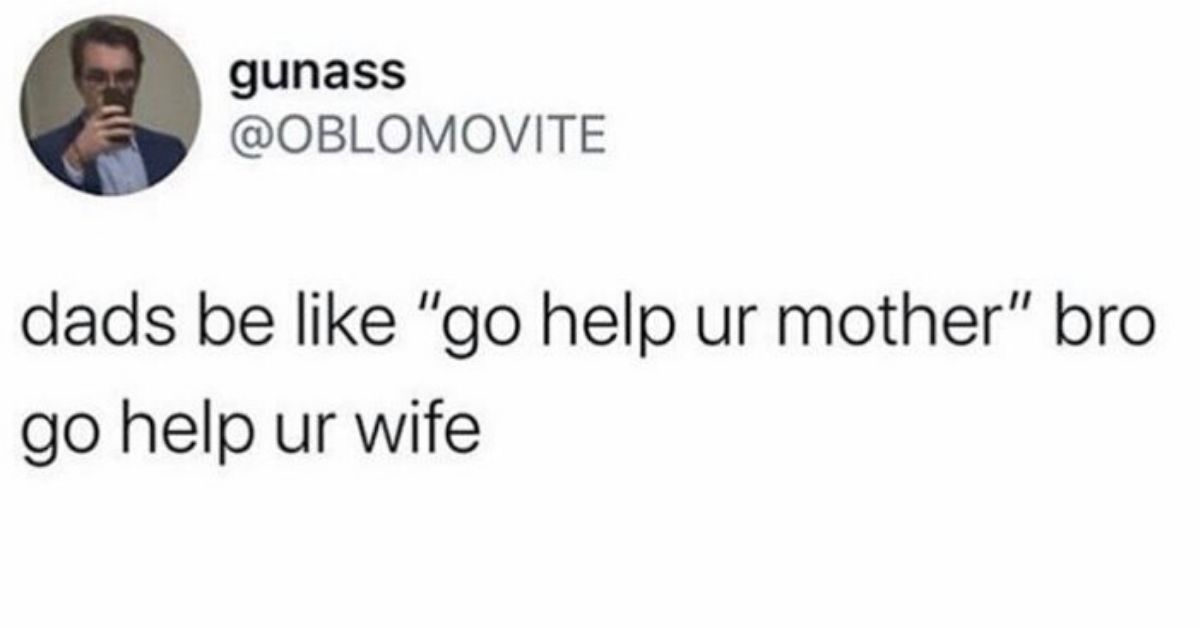 Whether they're making terrible jokes, or adhering to painfully accurate stereotypes, dads are a veritable gold mine of memes, a gold mine which the internet pillages on a daily basis.

So, with that in mind, get ready to face a healthy dose of dad jokes interspersed with hints and tricks for dads-to-be, as I present you with 16+ dad memes to turn "I'm embarrassed," into "Hi embarrassed, I'm Dad!"

There should be an extensive handbook for this sort of thing, the unwritten rules of being a dad — that would make a killing.

Watching my dad and granddad carrying stuff as a kid, there was a lot of, "If this was a bit lighter we'd have no problem!" I never understood whether it was meant to be funny, or whether it was a general statement of fact.

4. When Your Dad Is The Coach

Hey, you've got to learn lessons, that's all part of growing up! What that lesson is, I have no idea, but there's probably one there.

I never understood the point of having patterns in the grass; any dads out there, can you please explain what the appeal of patterns in grass is as I need to prepare in case I become a father.

This is so that when someone they don't like comes on the TV, they have more space to emphatically wave their arms in displeasure at the screen.

7. The Tale Of The Mexican Magician

Like, "Without a trace..." Do you get it? It's funny because it sounds like something else which changes the meaning.

The way they carry on about the light inside the car, you'd think that dads were allergic to bulbs.

You know that you've nailed a good dad joke when it physically causes other people in the room to leave. 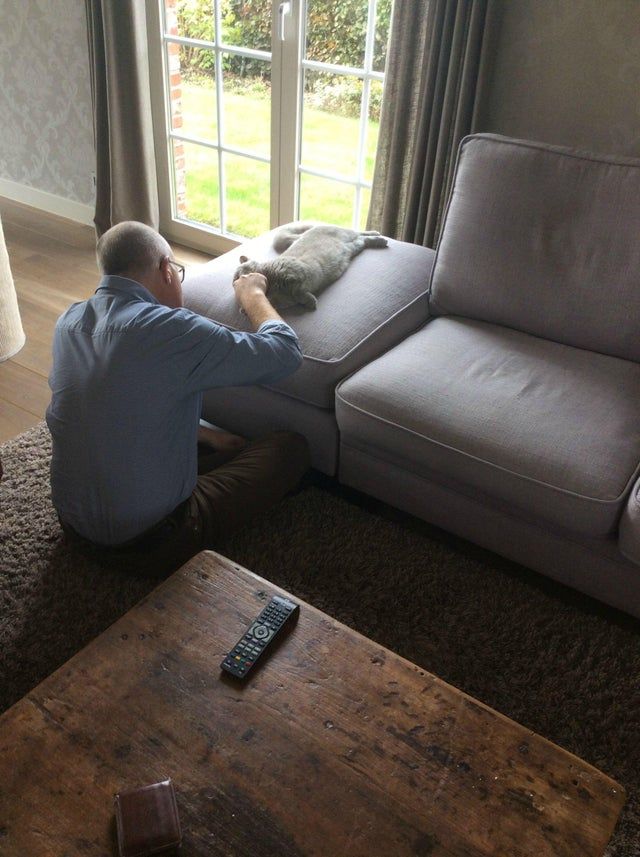 In fairness, I had a very similar thing when I met my girlfriend's cat. I never liked cats, but I found myself slowly being worn down by its cool aloofness!

Vampires are real! Have you not seen those weird old goth people who drink small amounts of blood and have a strange obsession with lace-up pants on YouTube?

12. The Biggest Thermostat Of Them All!

Climate activists should really lean into this, imagine having all of the dads on the planet on your side! Although, if they're not allowed to use BBQs due to emissions, you're going to lose a lot of them.

13. Bring Me Back Something Nice

I love seeing a product that has a ludicrously specific demographic, such as exclusively dads and stoners — and maybe stoner dads.

The ultimate in dd warfare. Closely followed by cutting across someone's joke and ruining the punchline.

"Get the jerrycan out the boot!" 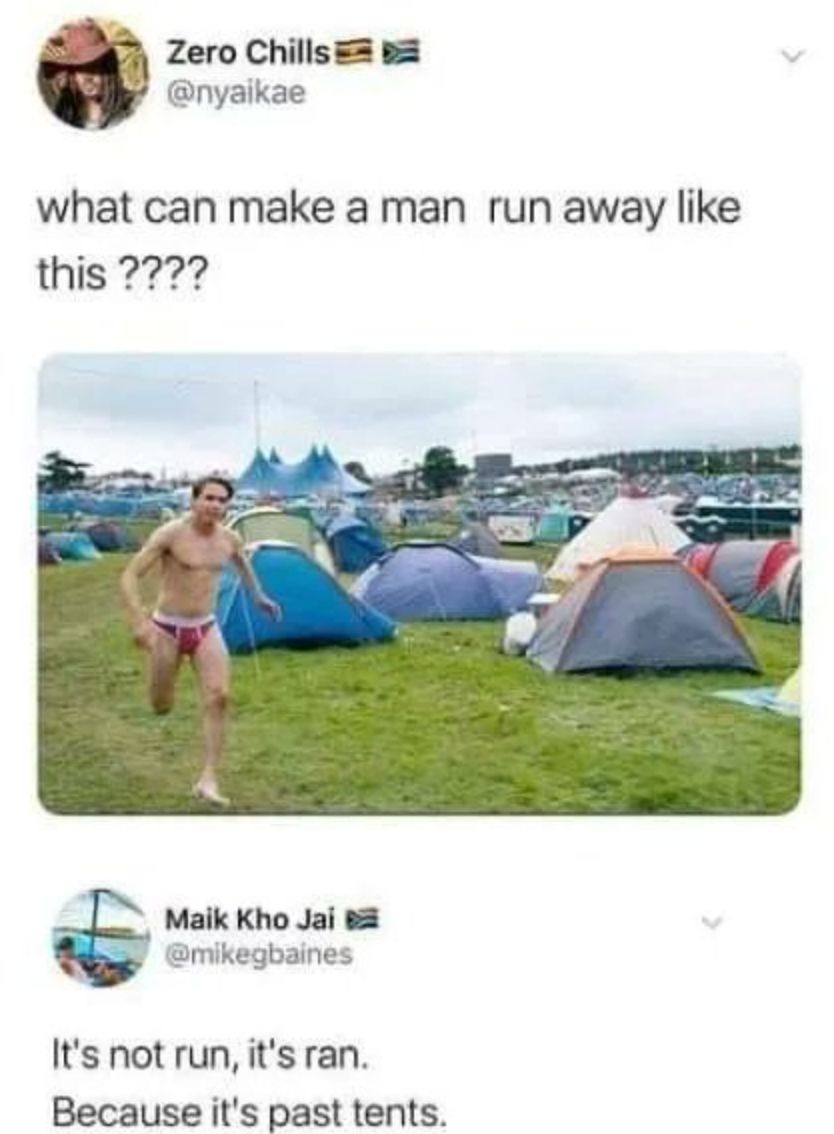 Raucous studio applause, whistling, and throw bouquets made out of BBQ meat 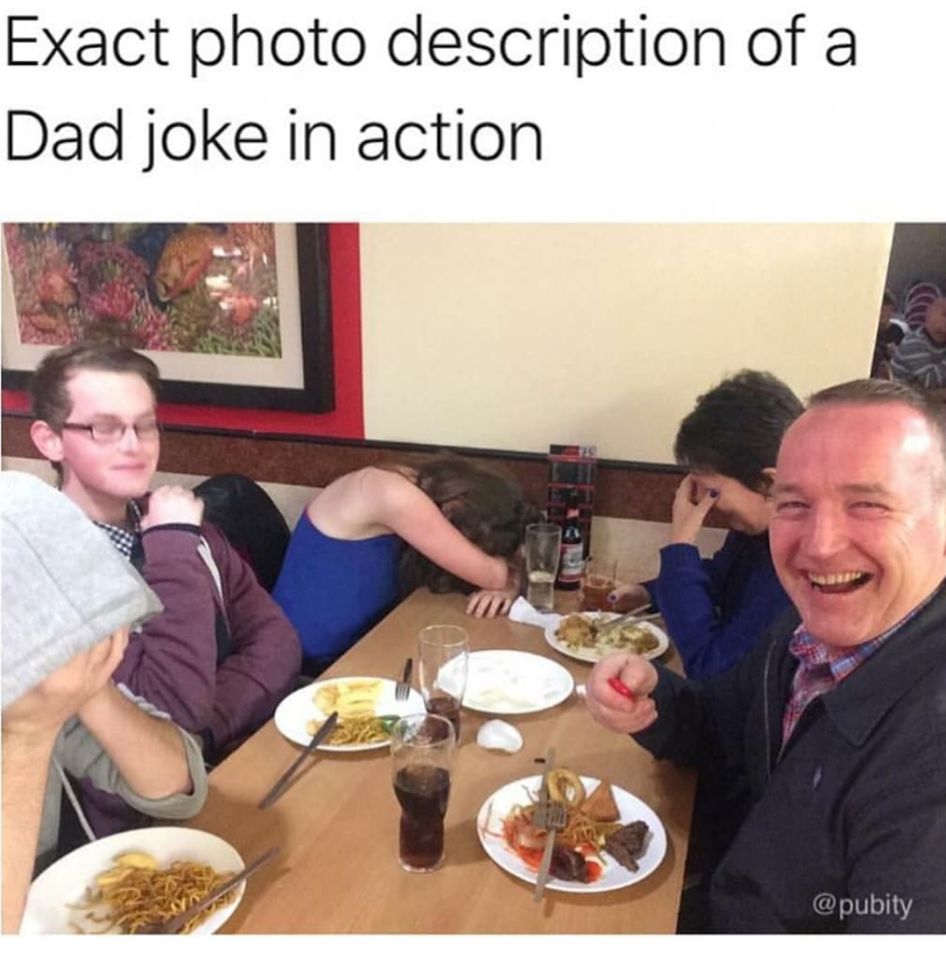 All of the various stages and effects of post-dad joke misery are here. The reluctant acceptance, the head in hands, and the raucous, undeserved laughter.

That's the worst one on this list, I promise!

I never understand how my dad remembers the end of any film or TV show, as he falls asleep about 20 minutes before the end of absolutely everything.

This is some solid logic! If you're brave enough to try this out on your own dad, then may God have mercy on your soul!