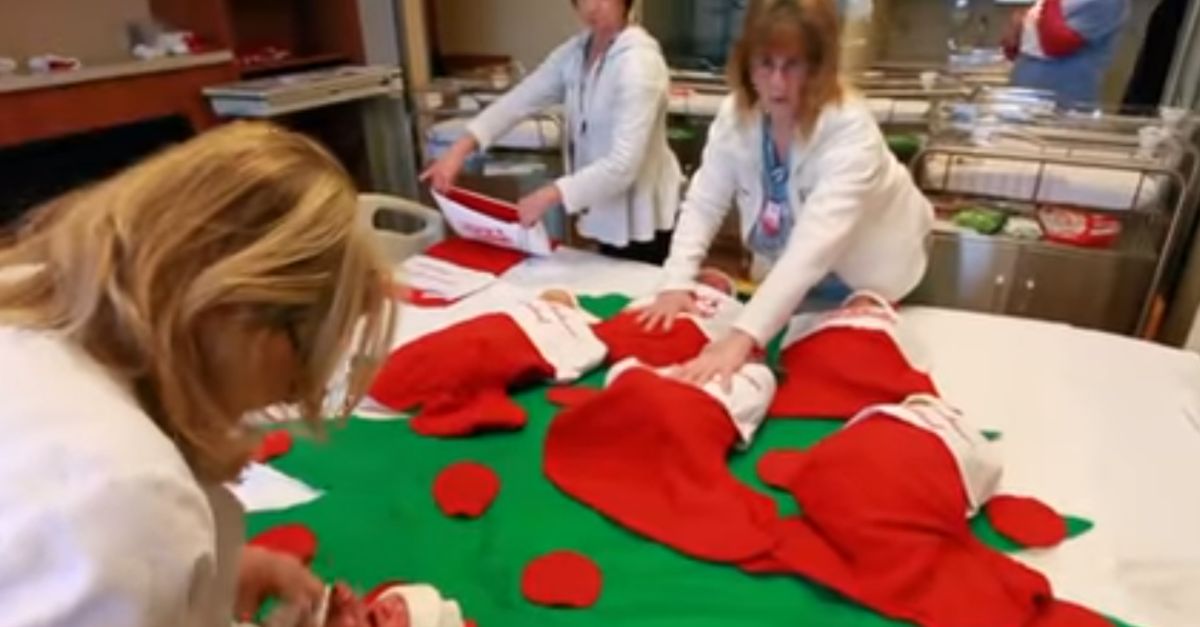 When a couple finds themselves starting a family, they often have at least some idea when they'll get to meet their new baby.

However, the due date that the doctors share is only an estimate because pregnancies are always too hard to predict that precisely. Some babies may arrive earlier, and some labors may have to be induced over a week later because somebody named Mason didn't want to come out.

But however it happens, it's certainly not unusual for some babies to enter the world around Christmastime. And while they may not be too thrilled about getting the same presents for two occasions years later, at least one hospital has made these births special with an idea that's full of holiday cheer.

For the last 17 years, the Mount Auburn Hospital in Cambridge, Massachusetts have held their annual baby stocking event. 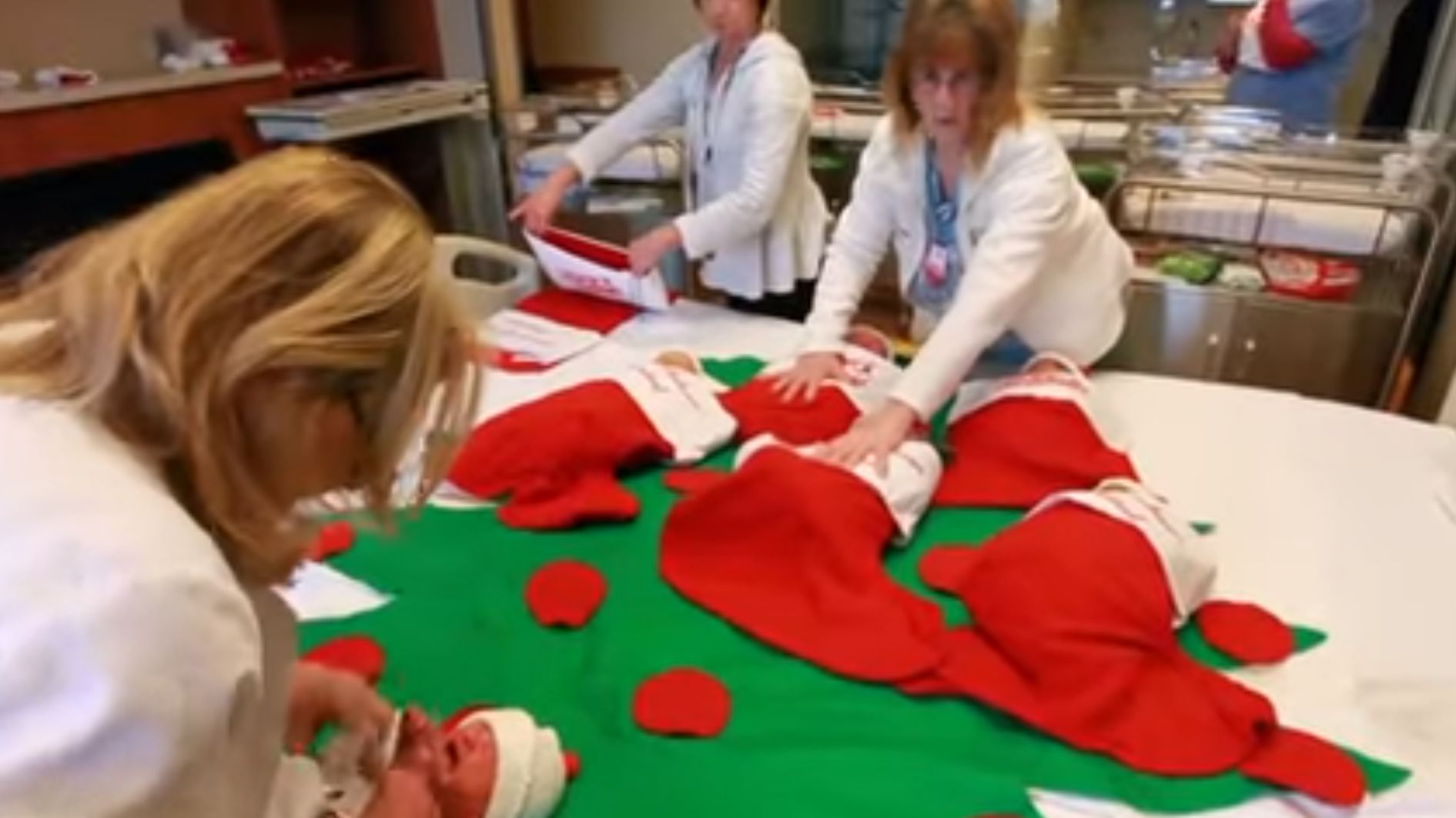 As the name would suggest, this involves sliding each swaddled baby into a darling Christmas stocking and giving them a little hat to match.

Before they're sent home like this, however, the babies are placed on this Christmas tree backdrop together. 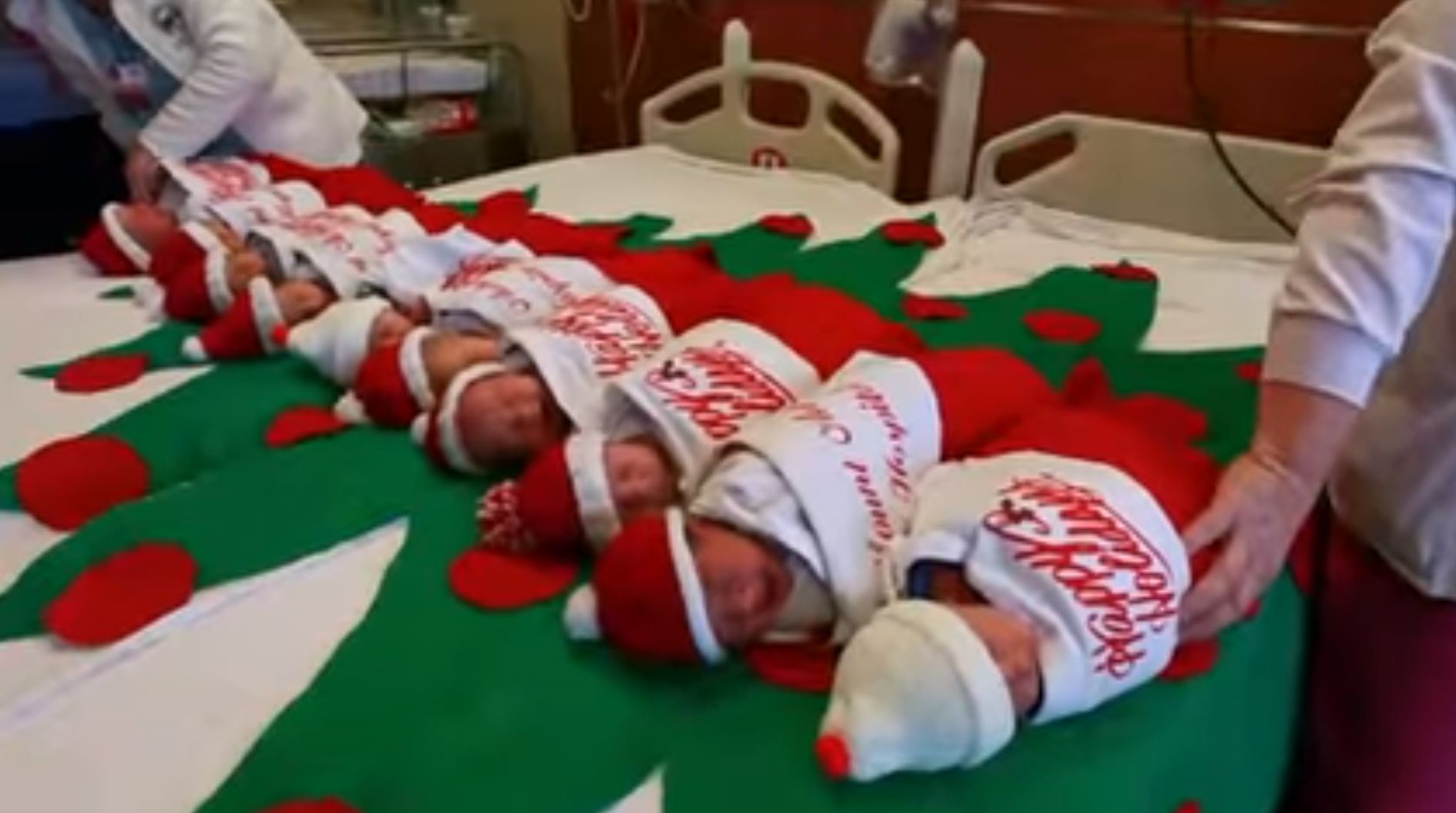 As the hospital's Vice President of Marketing, Michael O'Connell told The Boston Herald, hospital staff then take a group photo of them and the parents are invited to join in and take their own photos.

Before the babies are placed down like this, the ID bands on the stockings are checked carefully. 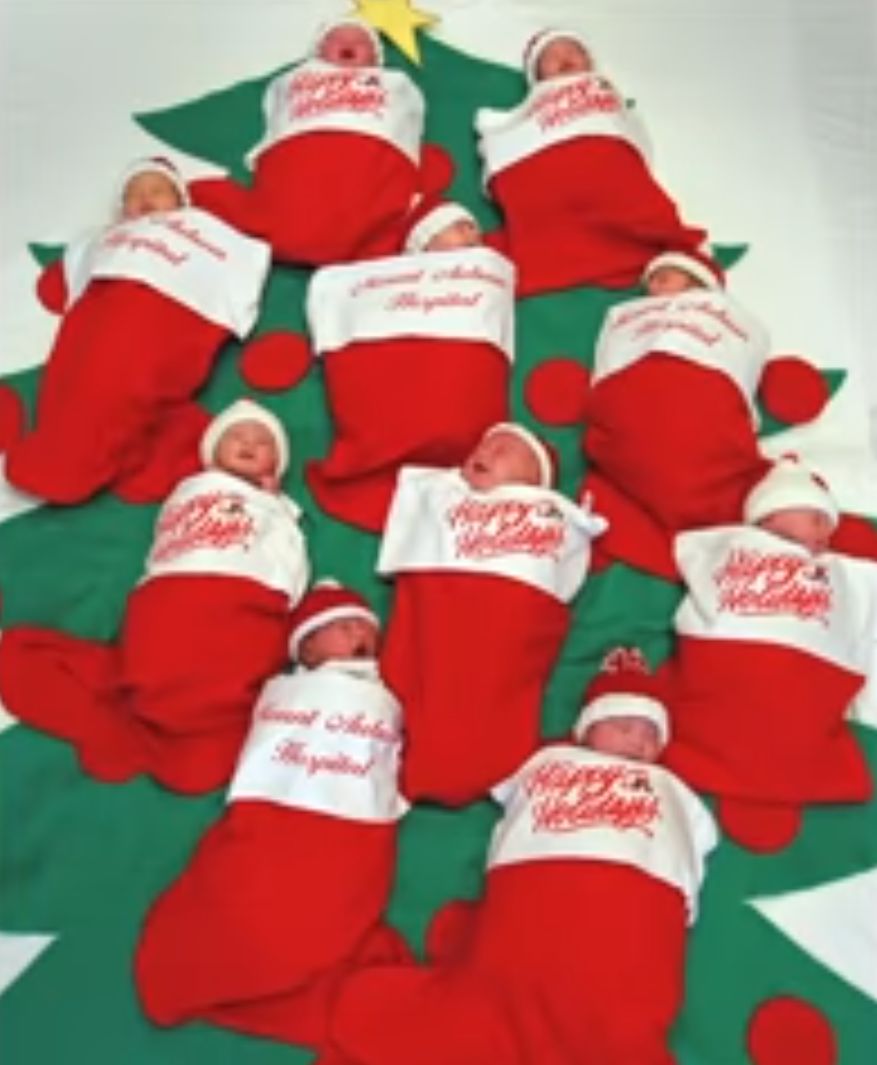 O'Connell put it professionally when he said this was for security reasons, but they'd obviously want to avoid sending people home with the wrong baby.

As adorable as this idea is, however, it wouldn't have been possible without the hospital's auxiliary and other participating volunteers. 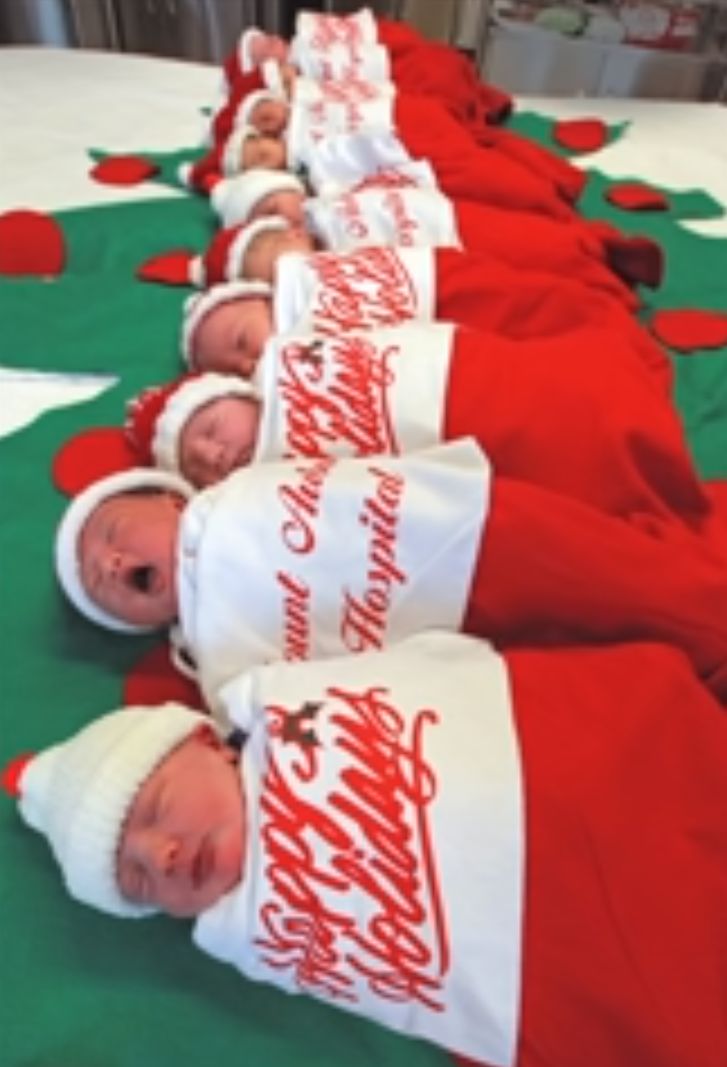 As O'Connell said, the auxiliary donates the stockings themselves, while the volunteers knit each of the babies' little hats.

And they all came together to do something appropriately magical for the most wonderful time of year.