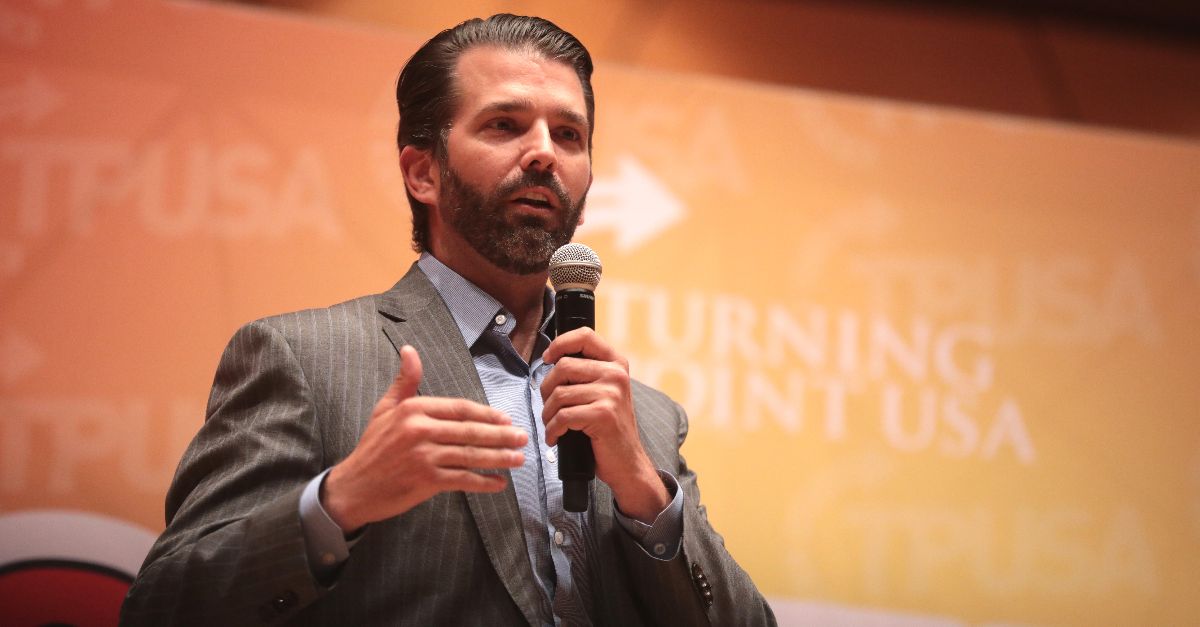 Donald Trump Jr. Shows Off Assault Rifle With Hillary Behind Bars On The Mag

Out of all the Trump children, it's hard to argue with the fact that Donald Jr. likes to make the most waves. He's perfectly willing — and happy — to post controversial ideas on Twitter or aim comments directly at those he sees as enemies.

Sometimes, that can be refreshing.

There are times people can talk so much around an issue that their opinion amounts to nothing in the end.

But sometimes, it can go a step too far and cross into the realm of bad taste. 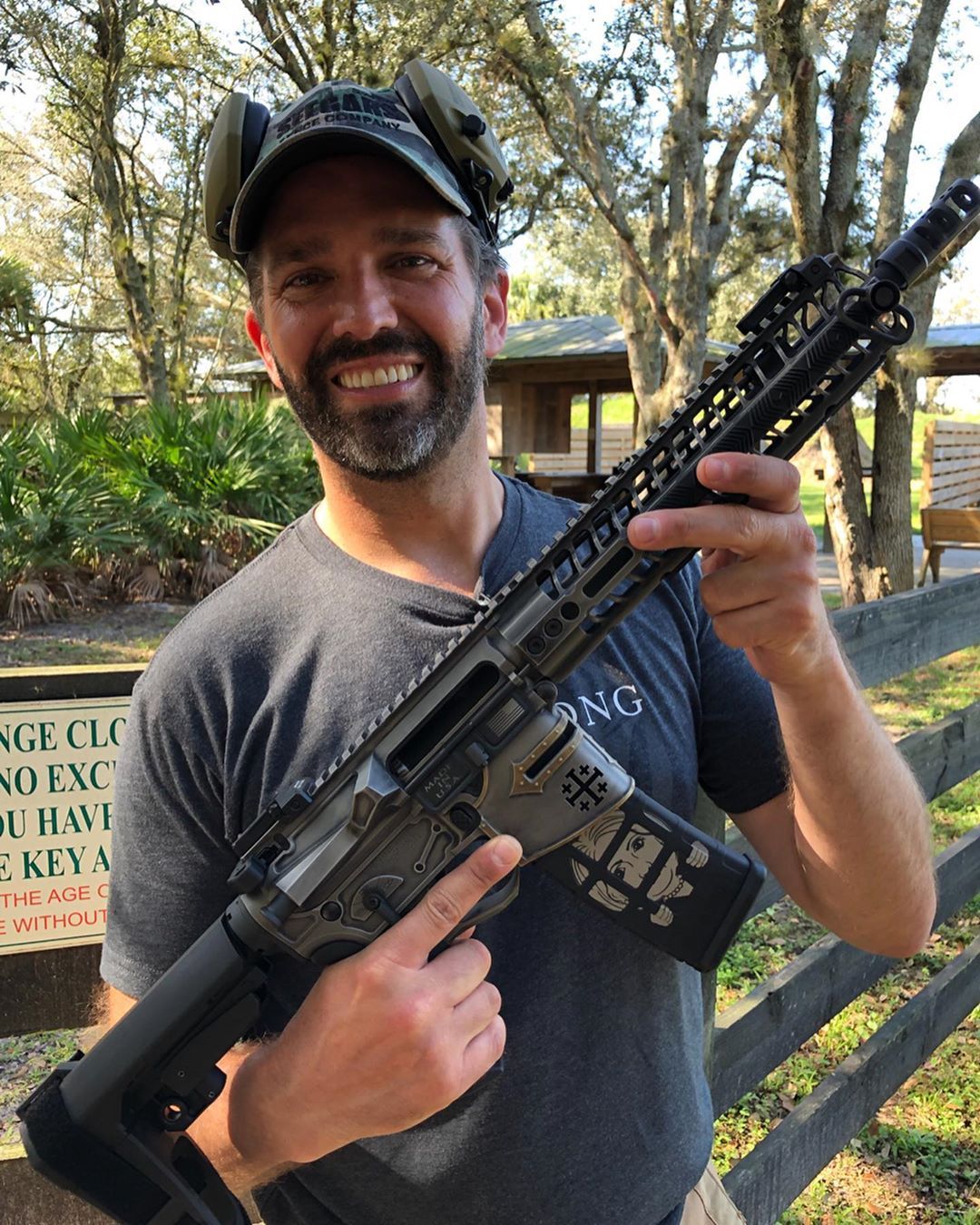 The post says "Nice day at the range," and features him smiling and holding a custom assault rifle.

Of course, some will take umbrage with the idea of characterizing Donald Jr.'s custom AR as an "assault rifle." 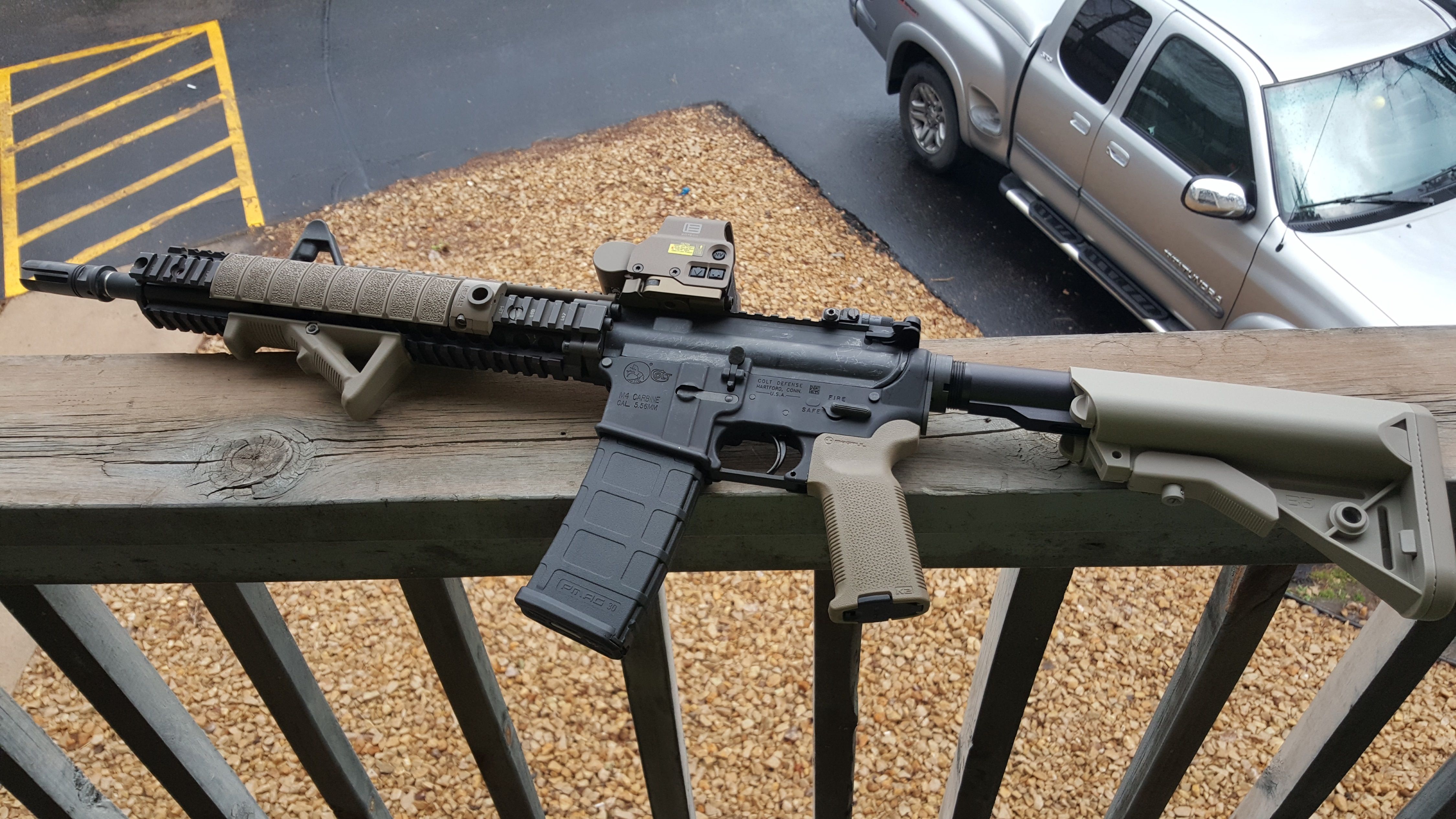 As CNBC reported, definitions of assault weapons vary as the federal government will refer to a military-style weapon capable of firing multiple rounds in either semi-automatic or fully automatic contexts as an assault weapon.

For gun manufacturers, however, this designation refers only to weapons that have select fire capabilities that allow users to toggle between various automatic settings. 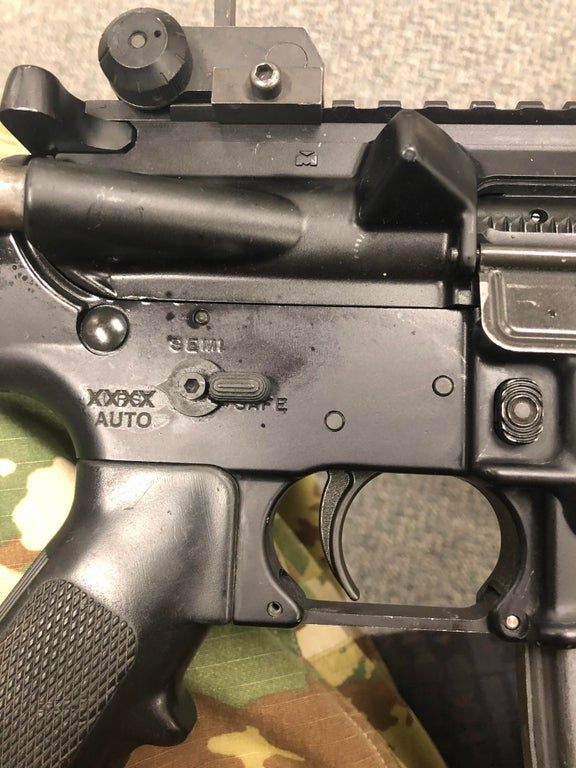 As many civilian AR-15-style weapons don't have such a capability, it's not unusual for gun manufacturers to insist on the terminology of "semi-automatic rifles" as that's the sole rate of fire they're capable of.

However, it seems we can sidestep this debate in the case of Donald Jr.'s rifle. 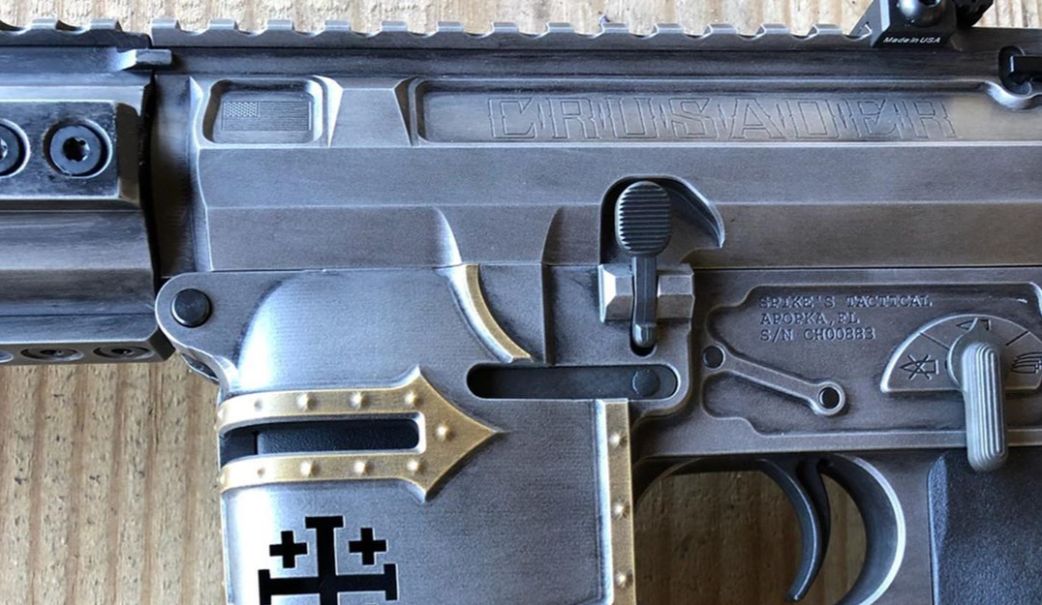 As the photos he shared make clear, his AR does seem to feature select fire capabilities.

Although the image depicted on his rifle's fire settings seem to indicate a multi-round burst feature rather than a fully automatic setting, it would be still be more accurate to call this an assault rifle than to describe it as a purely semi-automatic rifle.

In any case, Donald Jr. showing this weapon off isn't really that surprising or newsworthy in and of itself.

He is an avid gun collector and hunter.

But it's the custom details that make this particular weapon notable.

In a close-up shot, you can see more clearly that the mag has been painted to look like Hillary Clinton behind bars. 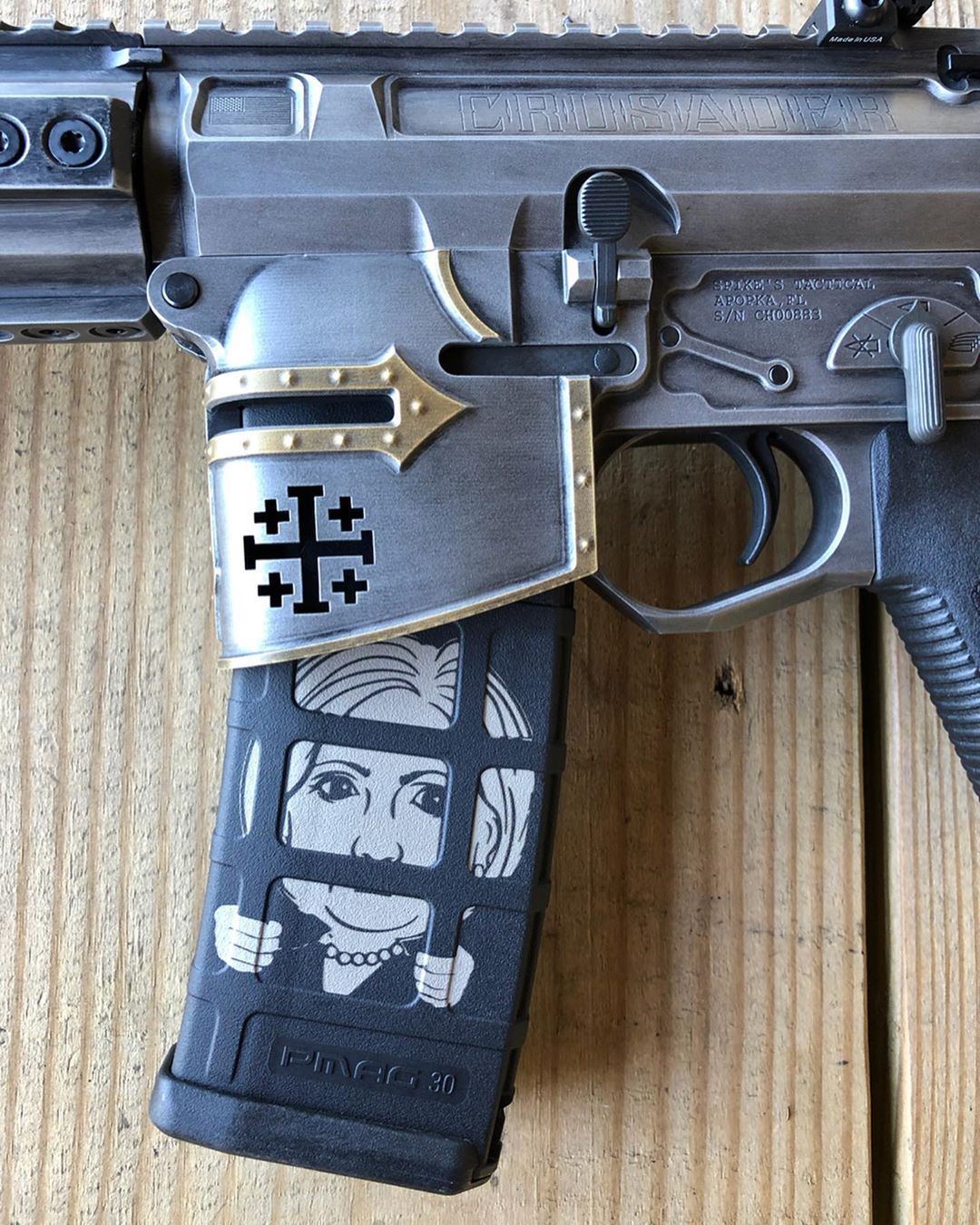 While I appreciate the clever use of the raised grip, personally, I think it's in poor taste.

Regardless of your feelings about Clinton or Trump, the joke is just tired and old. 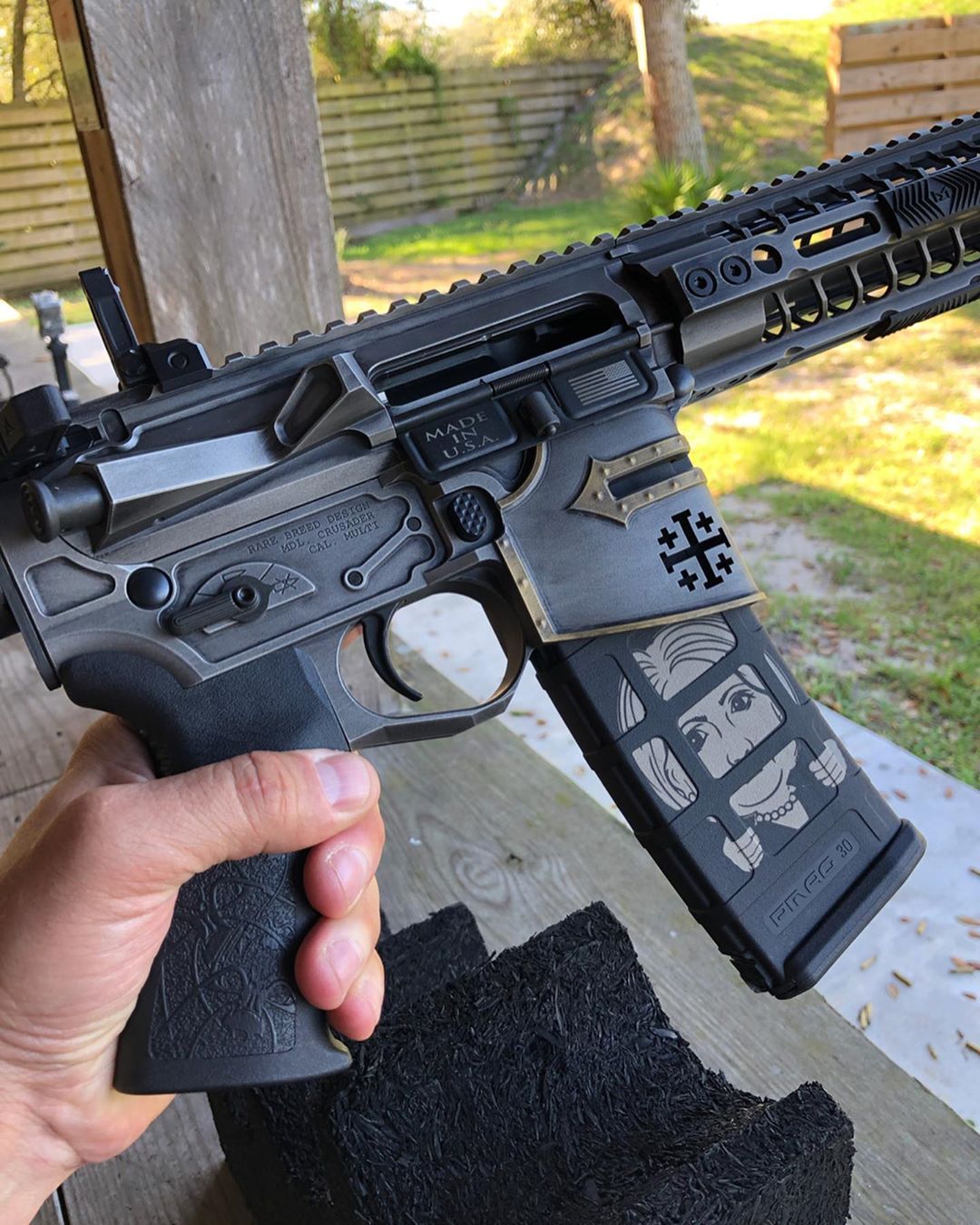 Trump won the election and it's been three years since then.

Continuing to make fun of the runner-up is just petty. 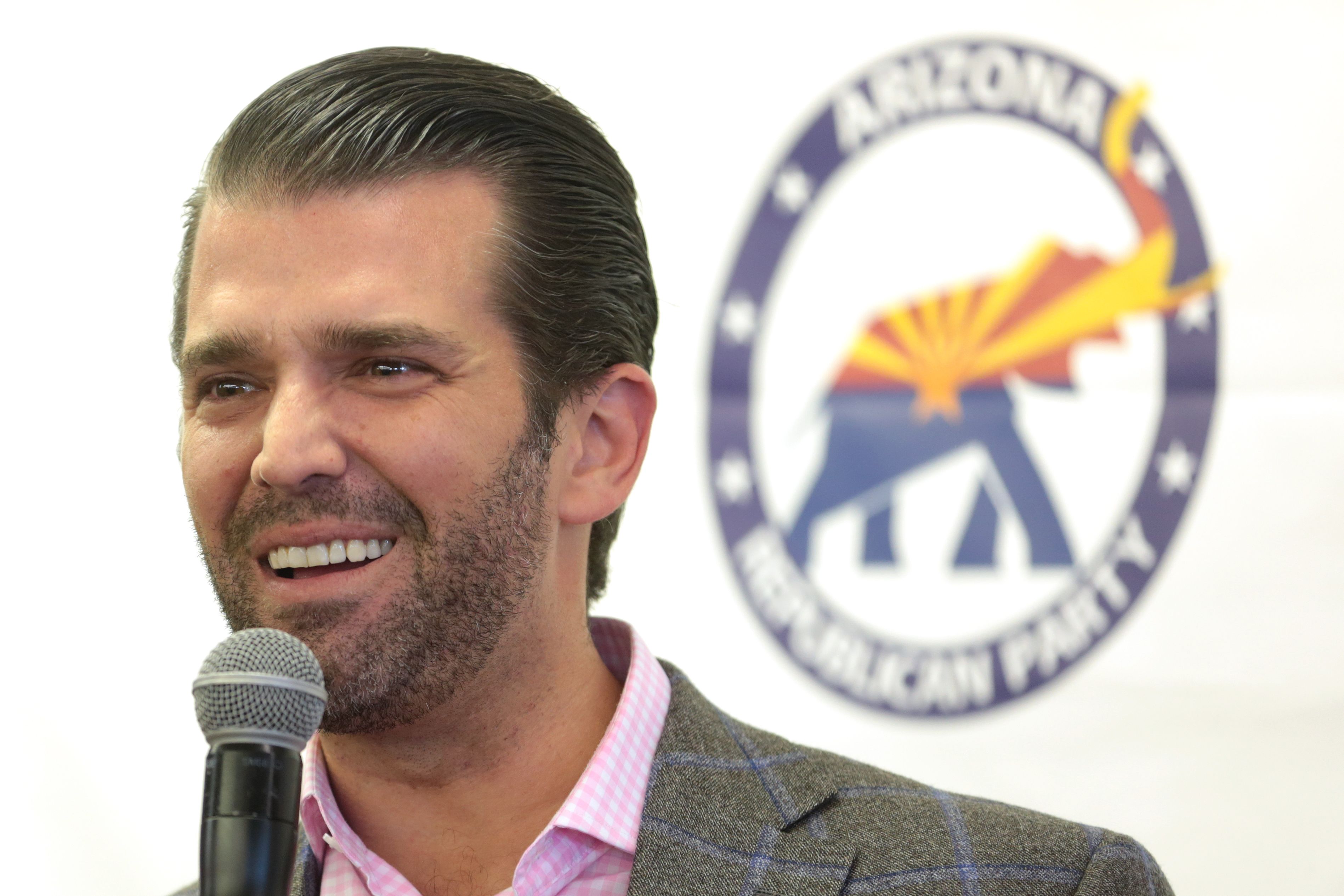 Especially considering that there's a new election on the horizon and Clinton isn't even running. Perhaps he should be focusing on that instead of being a poster-boy for a bad winner.

But maybe you feel differently.

Maybe you think it's hilarious, and that just goes to show how Donald Jr. continues to walk that line of controversy.

I do like the knight-esque design on other parts of the gun. That's pretty rad.