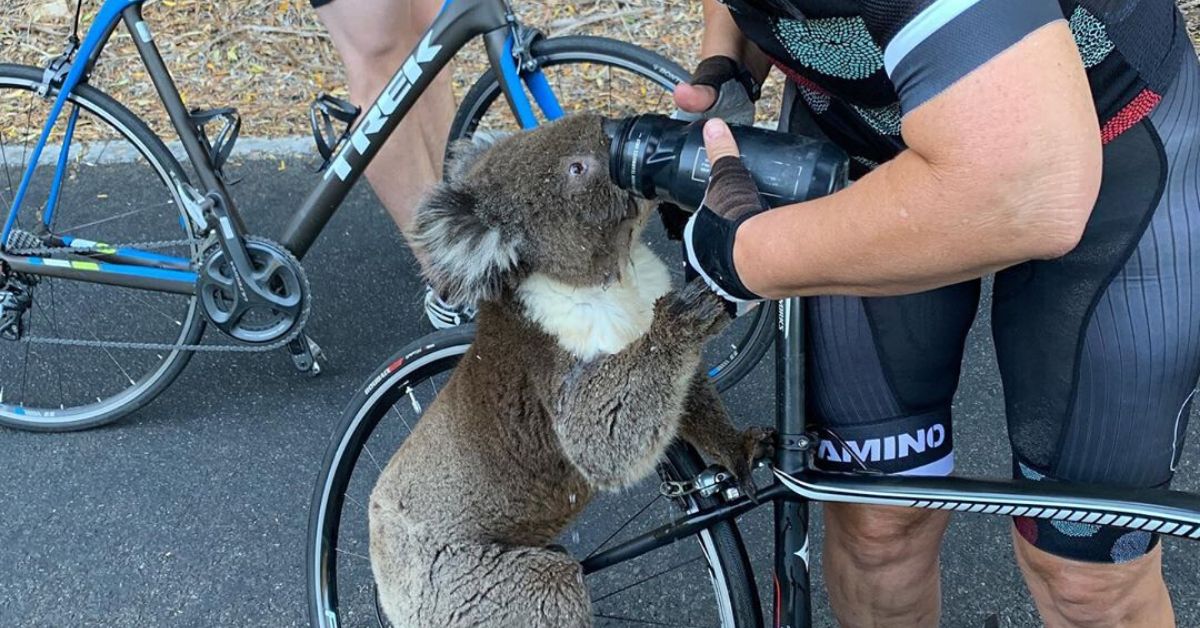 As raging bushfires wreak havoc on Australia, plenty of ordinary citizens are going out of their way to try to help out the defenseless wildlife caught in the inferno. So far, it's been estimated that the fires are responsible for the death of more than a billion of the nation's animals, many of which are not only unique to Australia, but also already threatened by loss of habitat and/or low populations.

Among the more vulnerable animals is the iconic koala, the adorable, fluffy tree dwellers now facing a crisis.

As Terri Irwin explained, koalas are at particular risk with the bushfires. 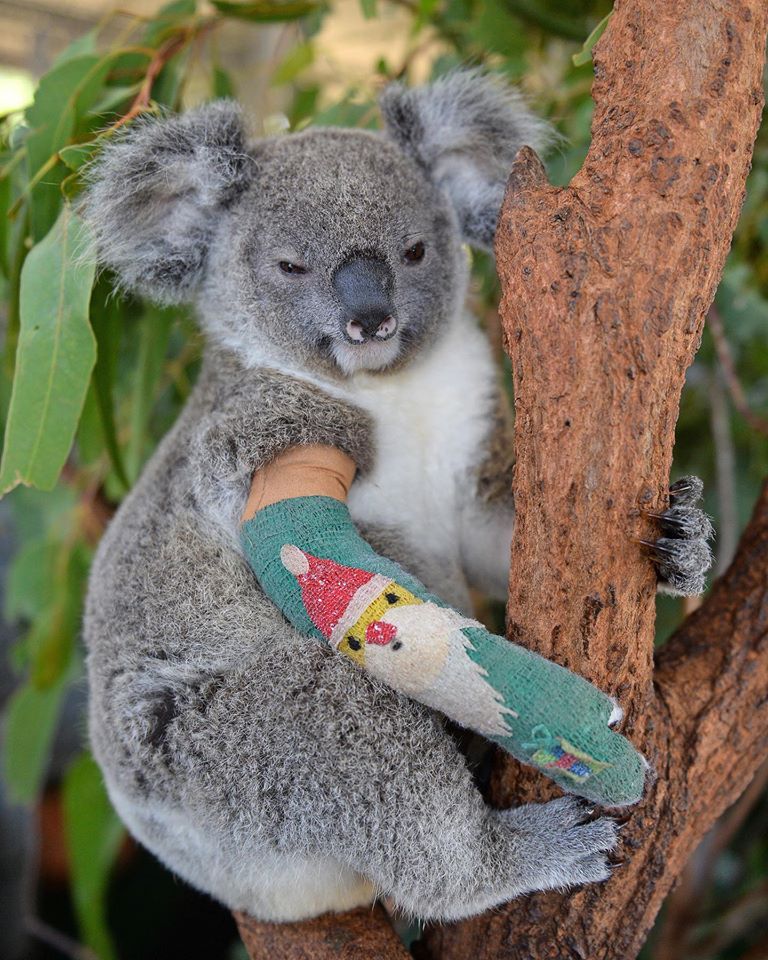 "Koala instinct is to go up, as safety is in the top of the tree," she explained on Australian morning show Sunrise. "Eucalyptus trees have so much oil that they ignite and actually explode in a fire. That means being able to treat and help koalas is few and far between because they're basically incinerated."

The koalas that have managed to escape the worst of the fires have certainly found friends on the ground.

Some have been pulled out of the flames by determined humans, while others have desperately approached humans, looking for aid. Many videos of these touching encounters have gone viral, as with a firefighter feeding a koala a bottle of water, and a cyclist sharing her water with a thirsty koala.

However, experts are warning that these rescues don't always have a happy ending. 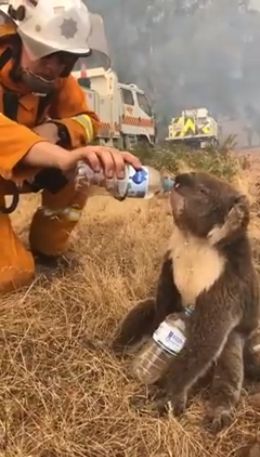 And sadly, some of them escaped the smoke and the flames only to die later on. As a Facebook post explained, well-meaning rescuers sometimes do more harm than good, with tragic consequences.

So they felt the best thing they could do was set the record straight. 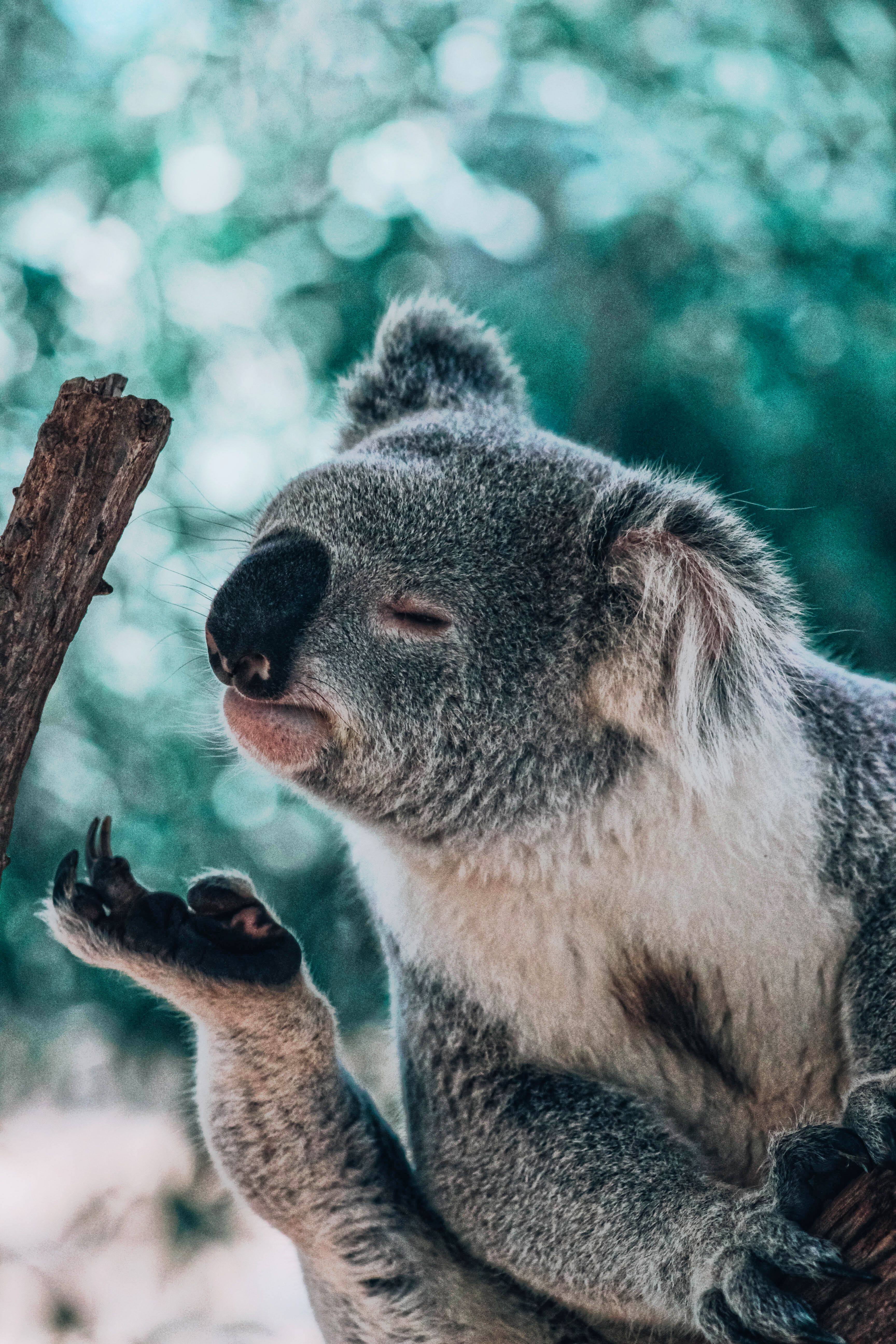 "With all the Facebook posts about wonderful people caring for wildlife amidst the fire and heat disasters over these past weeks a silent tragedy is happening," their post read. "Koalas are dying because people are trying their best to help but don't understand how a koala actually drinks."

Indeed, they had just that situation with a young koala named Arnie. 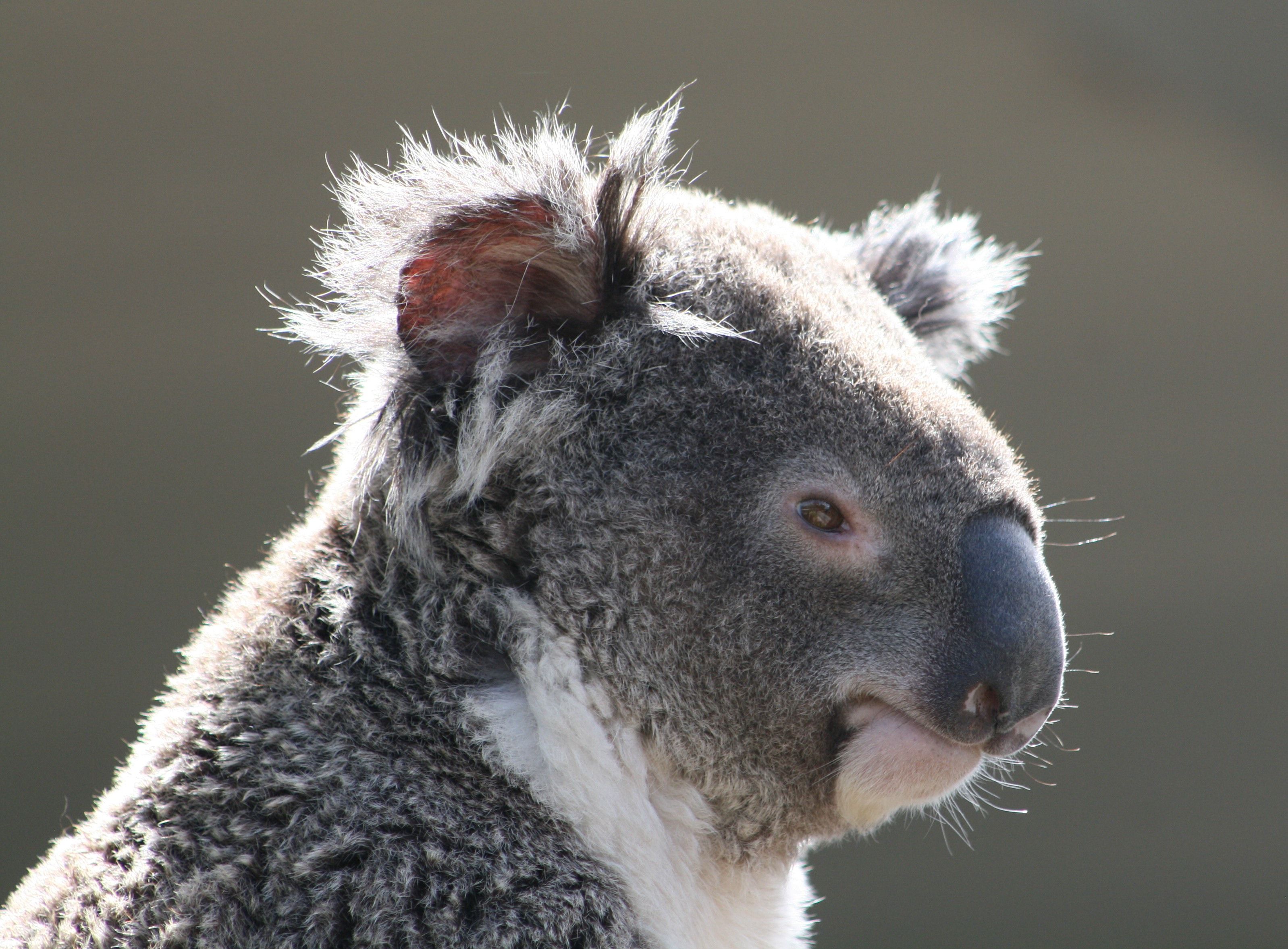 "Arnie survived the heat wave AND fires with only minor burns to his feet and hands. His burns were healing," they explained. "He was found by some very caring people who did what any human would do when they find a distressed animal, and offered him a drink from their bottle of water. They were just trying to help. They didn’t know that it is dangerous for Koala’s to drink this way."

Koalas tend not to drink much water, getting the vast majority of their hydration needs from the leaves they eat. 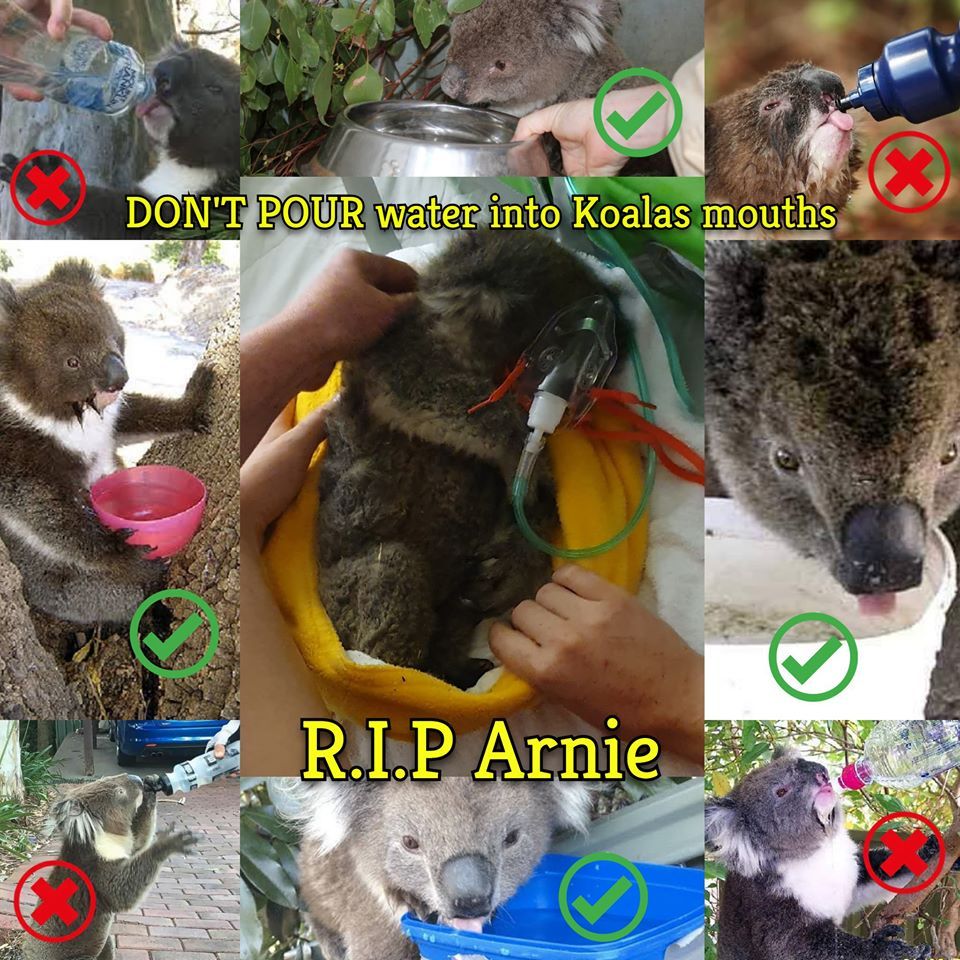 And when they do drink water, they don't drink with their faces raised, as they have to do when they drink from a bottle. Instead, they drink face down.

The people who saved Arnie didn't know that.

"They didn’t know that when a Koala holds it head up and takes in too much water, it can easily get in to their lungs and cause Aspiration Pneumonia, which is usually fatal... Despite a mammoth rescue effort involving all three emergency services and wildlife rescuers he died… more specifically he drowned. It was heartbreaking for everyone involved."

And so, the experts at Animalia have some advice for those who do come across a thirsty koala on the ground. 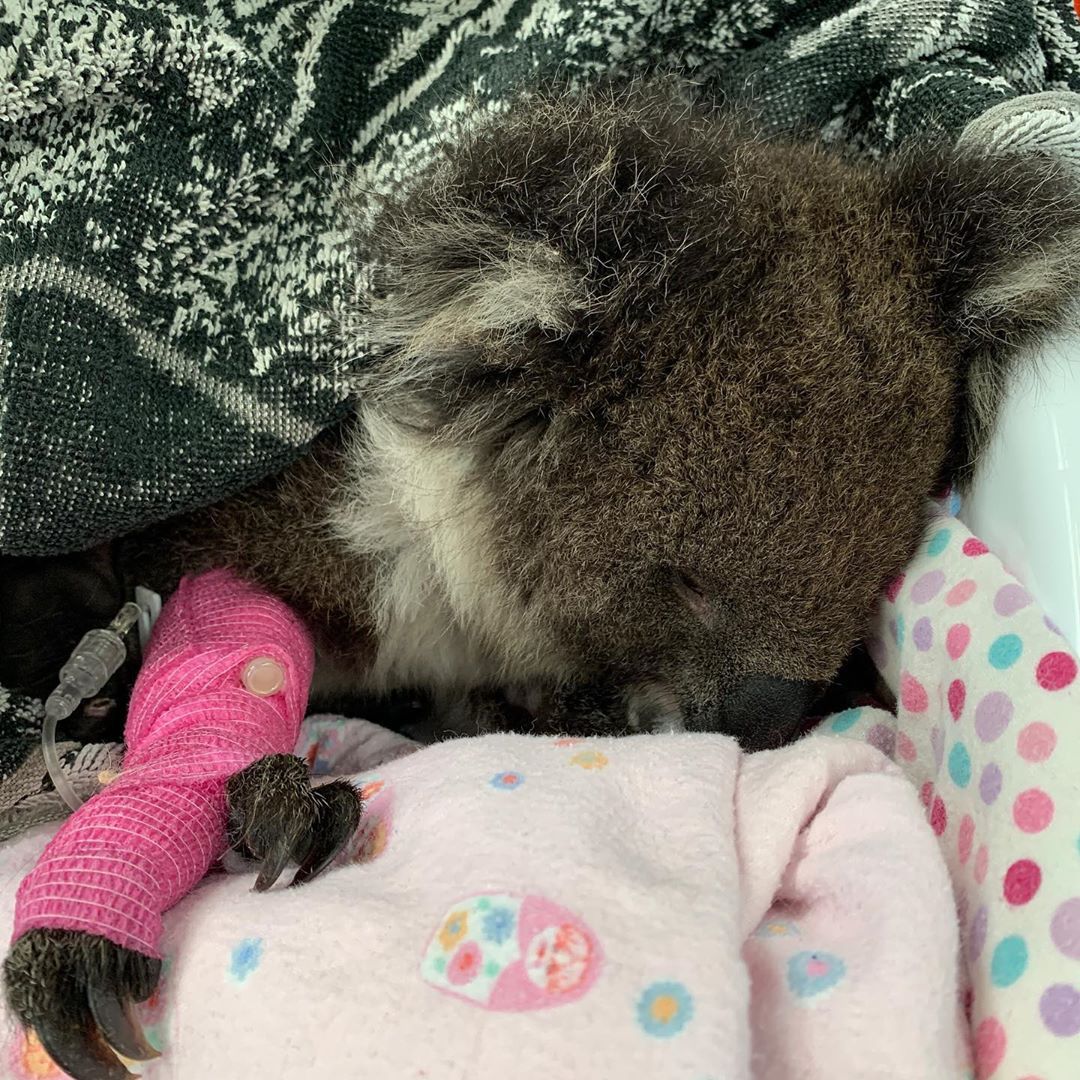 "Do not offer it water by tipping it from a bottle or cup into their mouths and never force a koala to drink," they said, explaining that it's best to contact wildlife rescue authorities and alert them to the location.

"Please note that koalas can cause nasty injuries so if the koala is resisting do not try to pick it up," they added.

"If you are nowhere near help then the best way to hydrate koalas is to place a bowl of water on the ground or pour the water into your hat/helmet/cup and hold near koala's mouth so that it can lap at it, face down."

It's also worth mentioning that koalas being on the ground in the first place generally isn't a great sign.

"Koalas are arboreal and nocturnal. If you see one sitting on the ground during the day then please contact a wildlife rescue organisation. They are usually very stressed if they are at the point of allowing human interaction, so please do not try and take selfies with the animal as you are just causing continued stress."