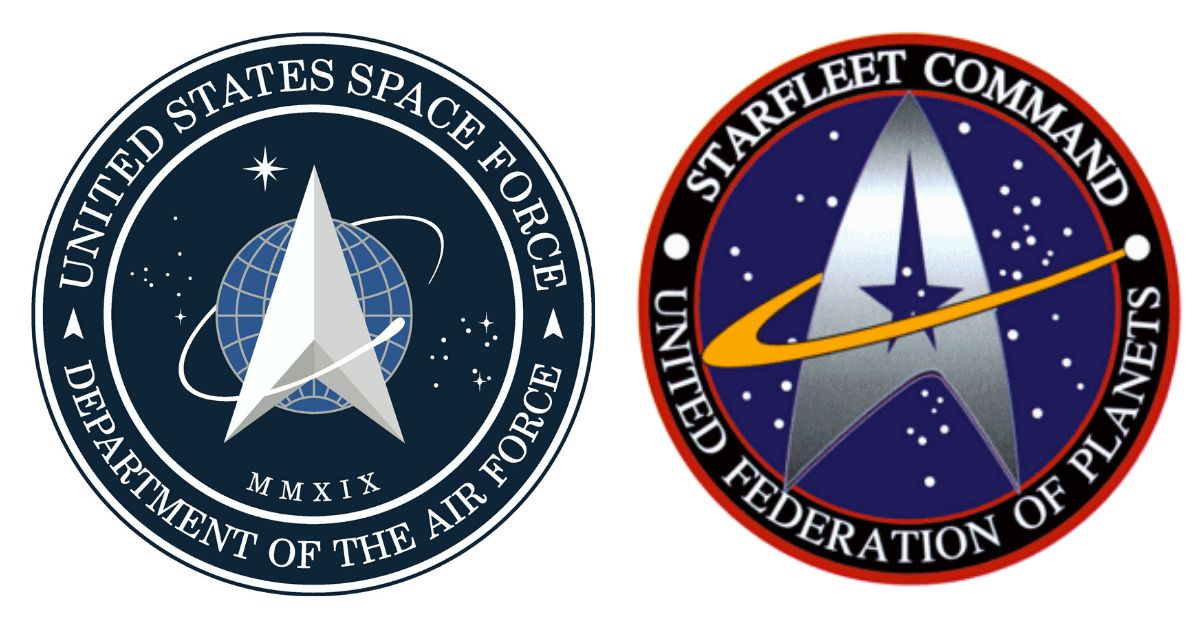 As Business Insider repeated, the grand reveal was quickly soured as people realized the "new" illustration bears an uncanny resemblance to the fictional Starfleet logo.

And since this is the internet, once people noticed there was no stopping them.

"Are your designers Trekkies?" one user quipped, while another added, "Looks like you'll be hearing from Star Trek's lawyers."

"Can the first mission of Space Force be launching Trump and his entire administration into the sun?" this user tweeted. "Asking for a friend."

On Friday, Trump tweeted the new logo for the newest branch of the armed forces.

Back in December, the POTUS signed the National Defense Authorization Act into law and also created the newest military service, the first since the U.S. Air Force was established in 1947.

As the logo outlines, the Space Force is a branch of the military under the Department of the Air Force.

Suffice it to say, this logo definitely caught people's attention.

Twitter users were quick to point out that this illustration appears to go where one logo has already "boldly gone before".

In case you couldn't already tell, it quite closely resembles the Starfleet emblem from the long-running science fiction TV show, Star Trek — most notably, the large centered chevron and its accompanying star clusters.

Even Star Trek actor George Takei couldn't help but join in on the fun.

Takei, who starred as Hikaru Sulu in the original series, retweeted Trump's "new" logo and added, "Ahem. We are expecting some royalties from this."

He followed that up with a second tweet and added, “I feel like Melania must have had a hand in copyi–I mean, designing this,” referencing the incident where the first lady was accused of stealing parts of former First Lady Michelle Obama's speech.

Analyst and former national security policy advisor John Noonan took to Twitter to weigh in on the logo backlash.

He pointed out that the new logo is actually based on an existing Air Force Command logo, one which he himself wore while he was a lieutenant in the USAF in 2005.

However, this prompted someone else to reply, "Except it's not just the chevron-triangle-looking thing in the middle. It's the entire damn logo."