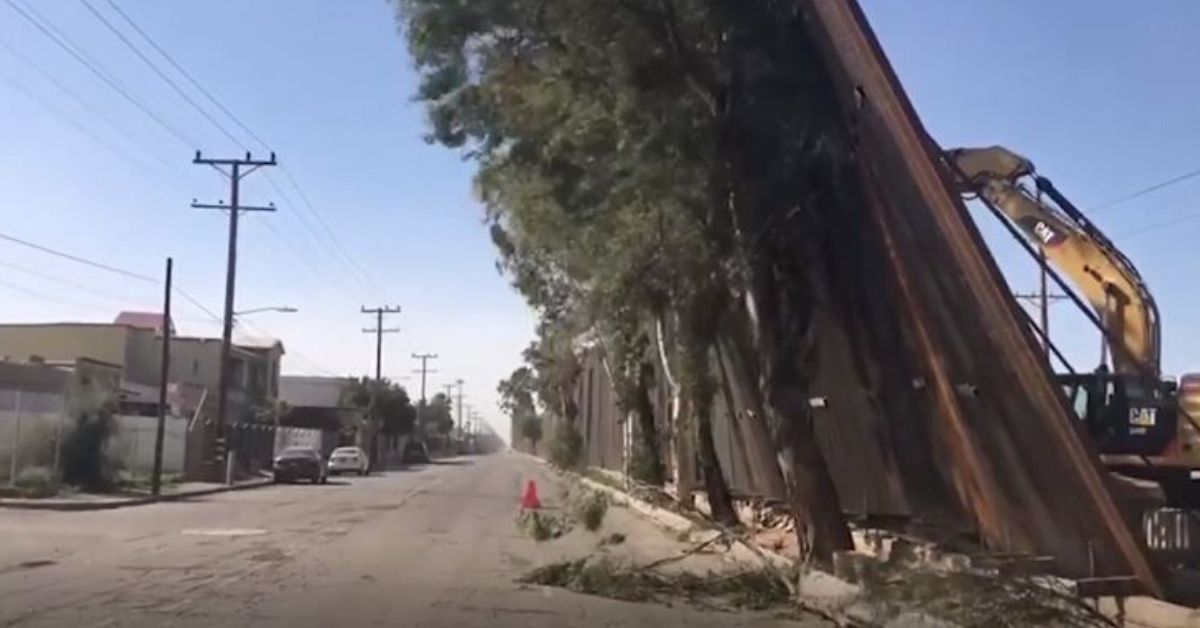 Portion Of Trump's 'Virtually Impenetrable' Wall Blows Over Into Mexico

On the campaign trail in September, President Trump visited the site of his southern border wall in San Diego and proudly remarked that the combination of steel and concrete is what makes the structure "virtually impenetrable."

"Any walls that were put up would get knocked down very quickly, very easily," he told the press. "This wall is not something that can be really knocked down."

However, it would appear the POTUS' signature campaign promise isn't nearly as sturdy as he thought, as all it took to knock it over was a particularly strong gust of wind.

A newly-installed portion of the wall recently blew over in the wind and landed on the Mexico side of the border. 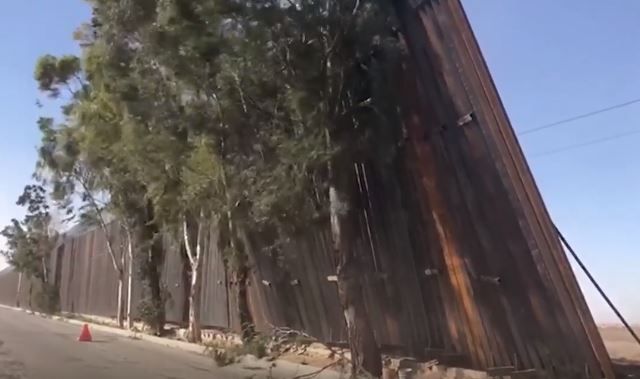 According to CNN, this area of the southern wall was part of an ongoing construction project, aimed at improving existing sections of the structure.

Agent Carlos Pitones of the Customs and Border Protection sector in El Centro, California, confirmed that those sections that blew over had recently been set in a new concrete foundation in Calexico.

However, that concrete had not yet cured, leaving the portions vulnerable to the gusty winds blowing against them. 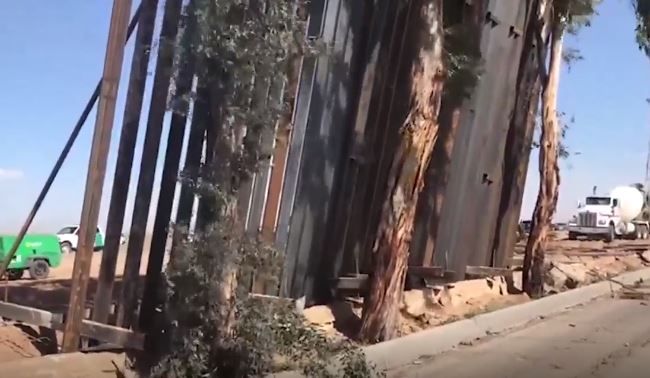 Those winds, which were reaching speeds as high as 37 mph on January 29, were able to rip the metal panels from the construction site and blow them into trees on the Mexicali, Mexico side.

Thankfully, Pitones reported that no one was hurt, and said it is unknown how long construction will be halted for cleanup.

Videos have since emerged online, showing the 130-foot long section of the wall swaying precariously in the wind.

"I live in West Texas, where 37 mph winds are considered a light breeze," one Twitter user shared in response to the clip. "My wooden fence stays up in 60+ mph winds. What a joke.

Another user quipped, "A smart [Democratic] candidate would use the falling wall as a metaphor for Trump's presidency in an ad."

Sharing an article about the event, he juxtaposed the wall's falling with some ironic choice words from Trump himself:

"I own buildings. I'm a builder; I know how to build. Nobody can build like I can build. Nobody. And the builders in New York will tell you that. I build the best product."

Actress Alyssa Milano tweeted as well and assured her followers they were not reading a title from the satirical publication, The Onion.

Even George Takei joined in on the fun, tweeting an article about the wall falling and adding, "And the hits just keep coming, eh, Donald?"

However, some people have come to the president's defense and pointed out that the wall sections were under construction at the time.

"It looks to still be under construction in this video," one Twitter user tweeted. "Perhaps [it's] not a fair representation of the completed wall."

"Y'all realize it's only tilting where the new section is," another user added. "The parts of the wall that are secured don't move in the video. There's a process to build things and during the midst of building said thing, there will be times stability is an issue."

But, others were quick to insist that the construction workers should have taken precautions to steady the walls against the wind.

"When you build walls that aren't finished, you brace them properly," one user wrote. "There is no excuse for this. Those are mild wind speeds."

Another added, "You ever see a building being built that falls over in the wind? No, because people smarter actually plan for that factor throughout the process."

This isn't the first structural setback that Trump's nearly "impenetrable" wall has faced since construction began. 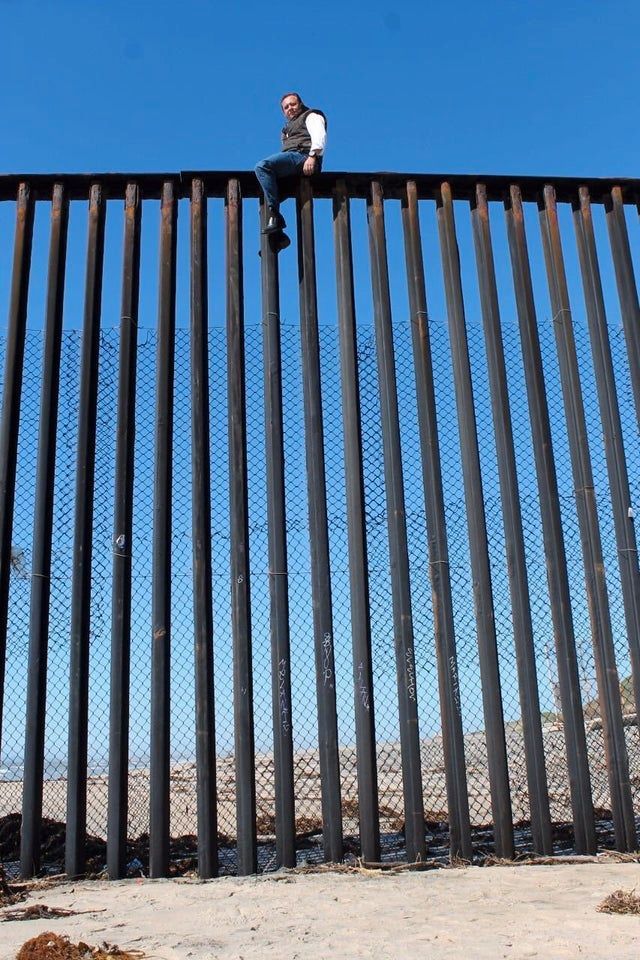 In November, reports claimed that smugglers were able to use inexpensive reciprocating saws to effortlessly cut through sections of the steel barrier.

And despite the president claiming that no one will be able to climb the wall, smugglers were able to scale the structure using rebar ladders and rope ladders.