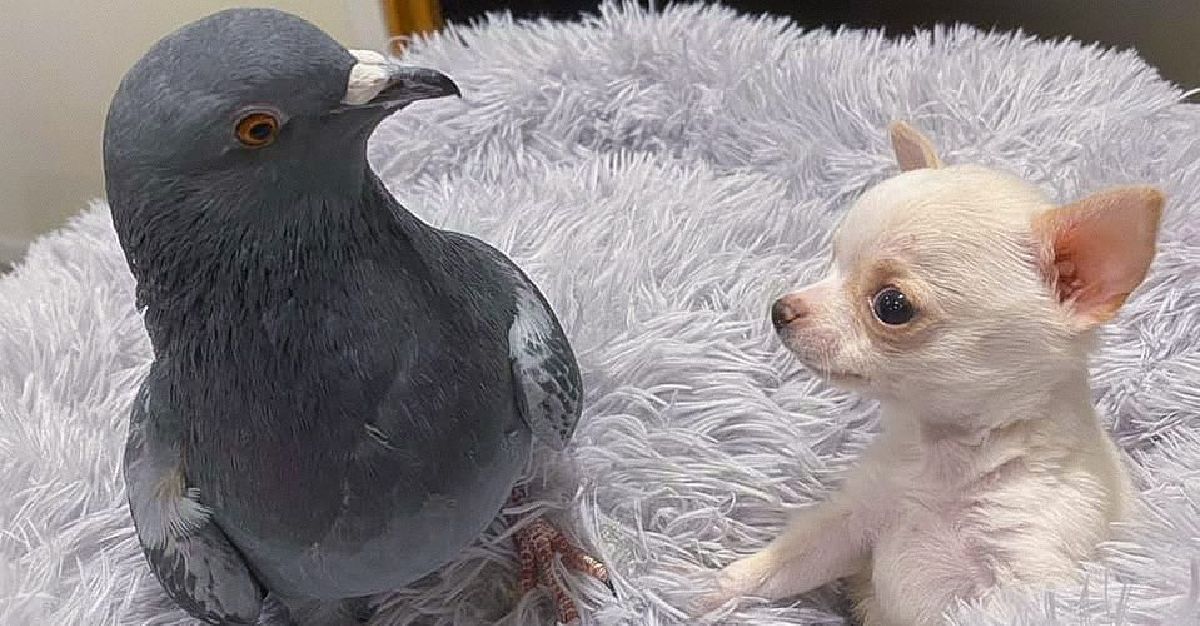 If you love heartwarming stories of unlikely friendships, then I've got a doozy for you! 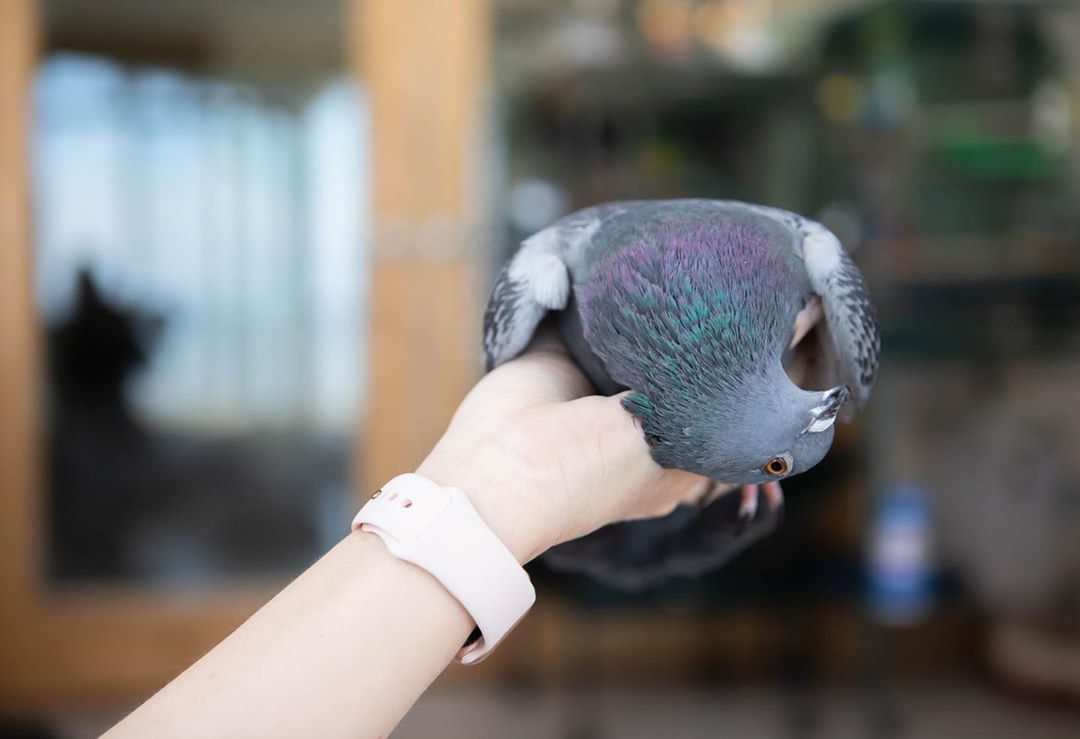 Herman has been a resident of The Mia Foundation, a New York-based non-profit, for several years. The rescue focuses on pets with birth defects, but when founder Sue Rogers heard about a pigeon that had been sitting unmoving at a car dealership, she went to pick him up.

Hermin regained his strength, but has never been able to fly, so he became a permanent resident of the rescue.

Animals have come and gone from the rescue, but when a chihuahua puppy named Lundy arrived, something special happened. 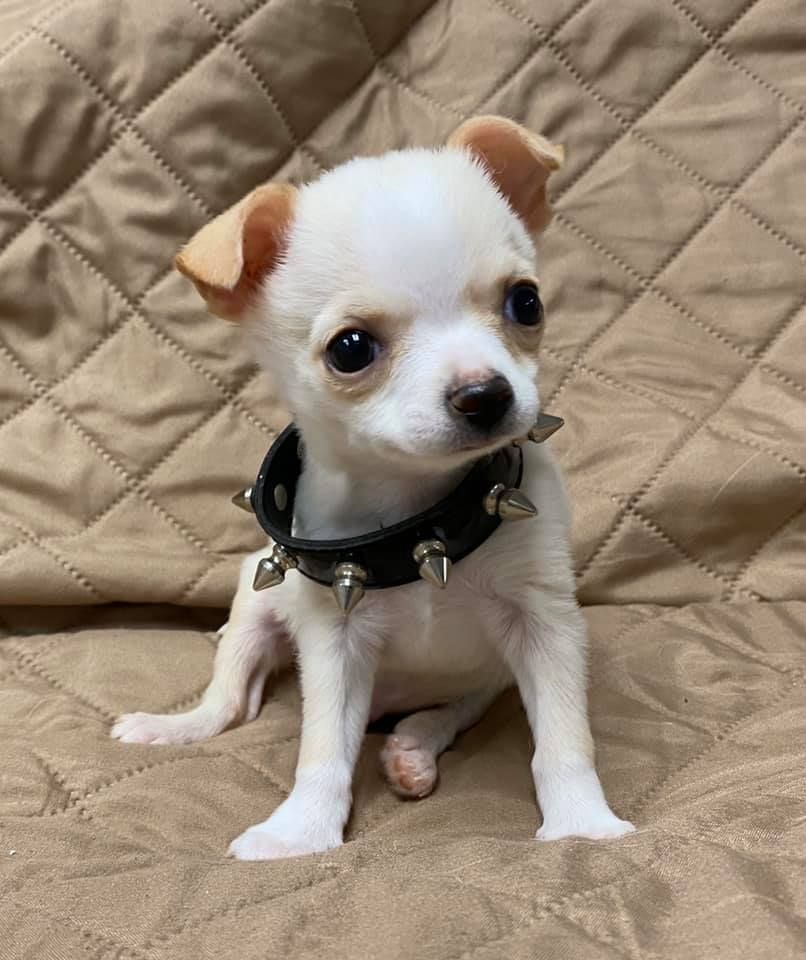 Lundy was surrendered to the rescue by his breeder at four weeks old after he suddenly stopped being able to walk.

When he arrived at the rescue, Sue had just returned from a fresh air outing with Herman and placed the bird in a fuzzy dog bed before turning her attention to the teeny puppy.

Curious, she set little Lundy down in the bed too and watched carefully for any worrying signs. 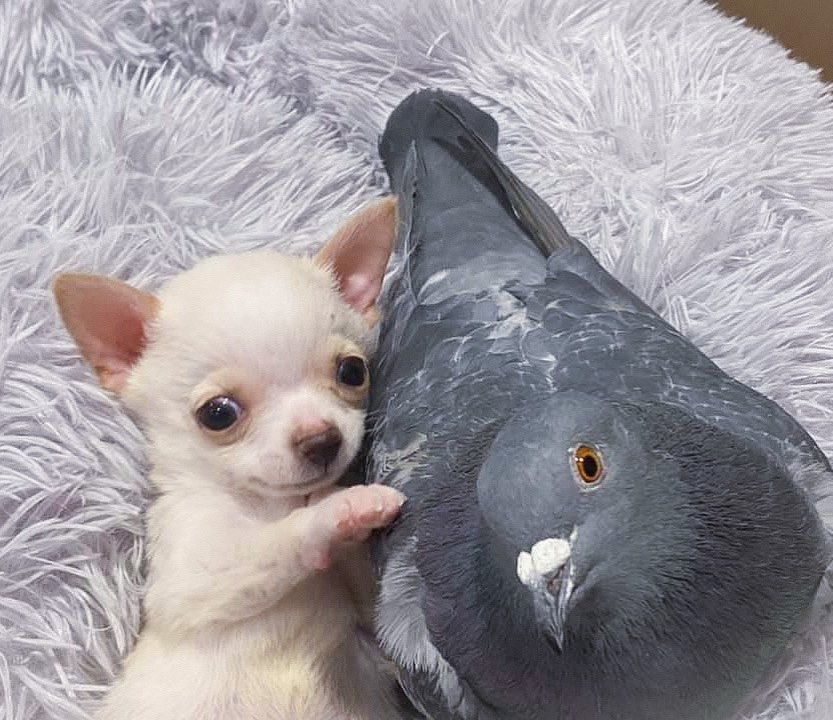 Instead, the two animals moved closer to each other and then began to interact and cuddle.

Seriously, it's the cutest thing I've ever seen.

When she posted the adorable photos on the Foundation's Facebook page, the response was incredible. 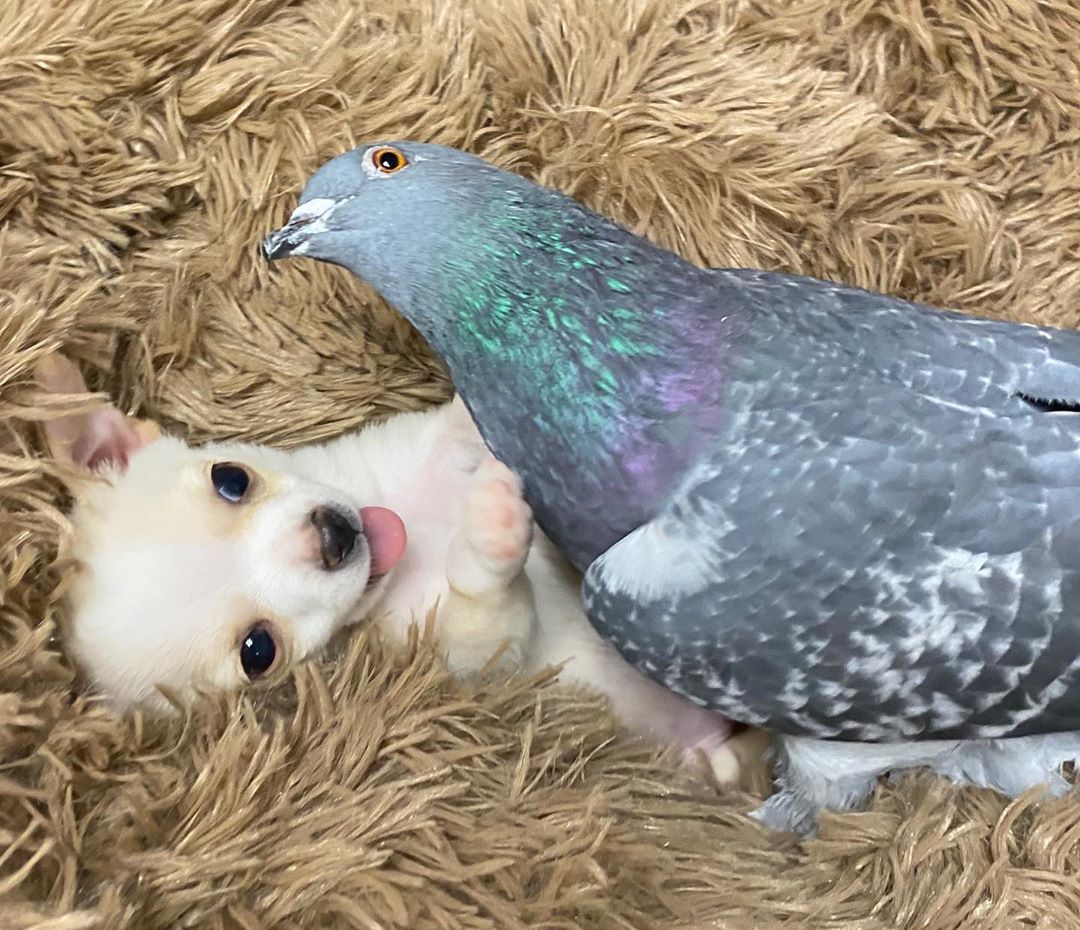 Sue quickly set them up with an Instagram page @lundyandherman so that fans could follow them without flooding the rescue's feed. T-shirts have also been made, with proceeds going towards the Foundation's many expenses.

With Herman's help, Lundy has been gaining weight and growing stronger. 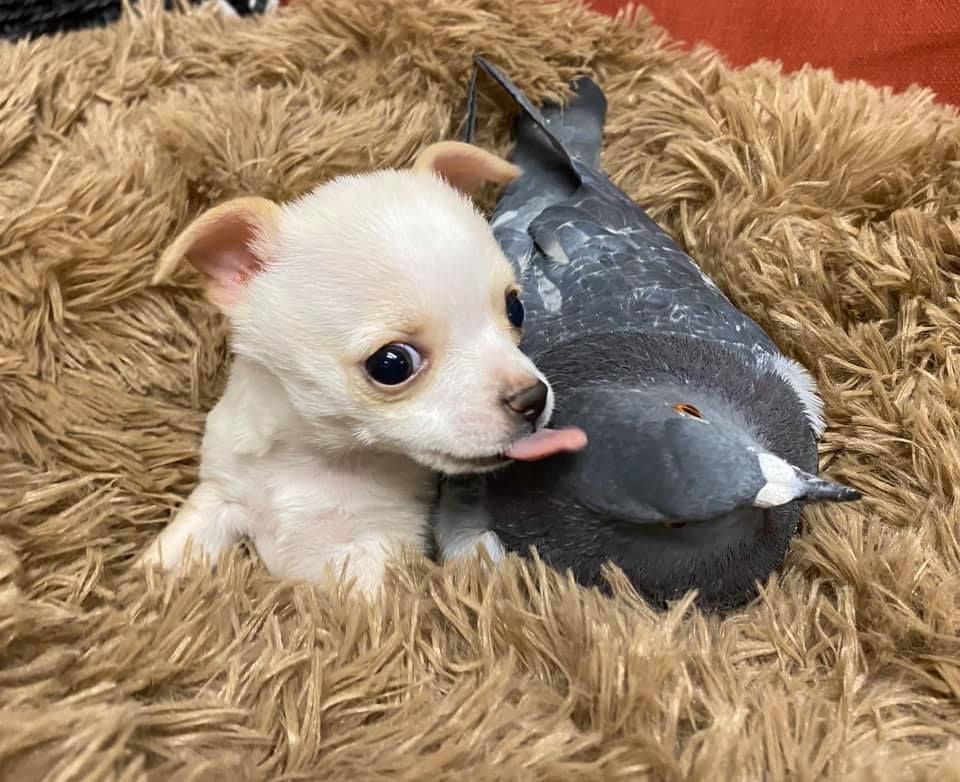 It's not yet known for certain what has caused his mobility issues, but he's already been gifted a wheelchair to use once he's grown a little bit bigger. I'm sure Herman will be there to cheer him on while he learns to use it.

Eventually, Lundy will move onto a forever home, but for now Herman is the best family a little doggo could ask for.