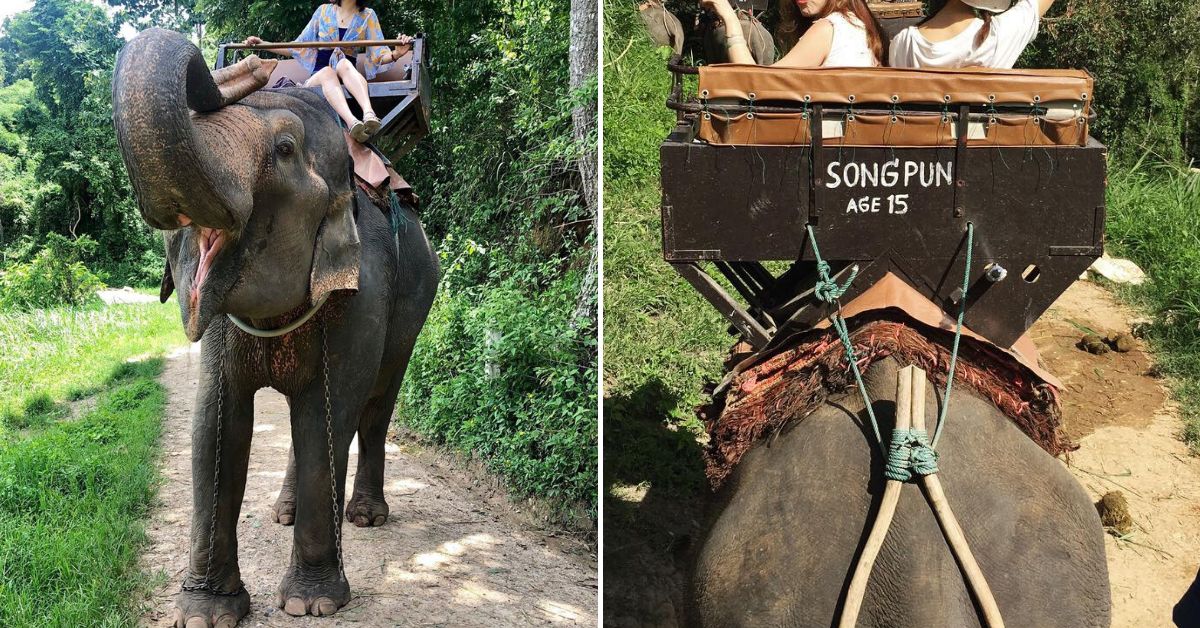 In response to the ongoing coronavirus pandemic, an elephant park in northern Thailand has closed its doors to visitors and set dozens of its animals free to roam the grounds without being subjected to tourist rides.

As the Independent reported, the Maesa Elephant Camp in Chiang Mai has seen its tourism dwindle in light of the outbreak, and has made the decision to close the park indefinitely.

While this doesn't bode well for the park from an economic standpoint, it has certainly offered the 78 elephants some much-needed relief.

Since the camp first opened 44 years ago, the animals have been forced to don heavy wooden cages with metal seats on their backs and carry visitors around, as well as perform various entertaining acts for onlookers, such as painting pictures.

But now that the park has closed, life has become drastically different and better for these elephants.

For starters, no visitors means no need for elephant rides, so the heavy cages have been removed from the animals' backs.

Now the elephants are free to roam the property during the day, something which camp director Anchalee Kalampichit said they've never been able to do before.

“Since we entered the business in 1976, riding on the elephants has always been the favorite activity of tourists,” she explained. “But because the coronavirus has spread there have been fewer tourists and eventually the government ordered us to close so we have removed the chairs to liberate the elephants."

What's more, Kalampichit says the camp has no intention on ever saddling the elephants with those cages again, even after the park eventually reopens.

“We are not planning to put the seat supports back on the elephants, even if we can operate again," she said. "We want to change the style of the place and find more natural ways that the public can enjoy the elephants."

She added, “We will welcome tourists to enjoy learning about the elephants’ ways of life naturally instead of using them to entertain the tourists.”

Kalampichit said the camp's closure is forcing the owners to cover the monthly expense of feeding the elephants and paying the 300-member staff themselves.

As she explained, "The cost for taking care of the 78 elephants and 300 staff is 5 million THB ($153,280 USD) per month. So for now, we have to bear that expense without income from tourists."

"But," she continued, "we will not leave anyone behind and will try to take the best care of the elephants for as long as we can. Now we are planting vegetables for the staff to eat as one of the ways we can reduce the expenses."

The COVID-19 pandemic has seen a dramatic drop in foreign tourists to Thailand, resulting in the closure of elephant parks all across the country.

In Chiang Mai alone there are 93 elephant camps, and officials have reported that 85 have closed so far. What this means is that many elephants may be forced back onto the streets or into illegal logging operations.

“We don’t want that loop of survival alternatives to come back,” Theerapat Trungprakan, president of the Thai Elephant Alliance Association, told the New York Times. “It will endanger the welfare of the elephants, such as having the elephants roaming the streets begging for bananas or sugar cane.”