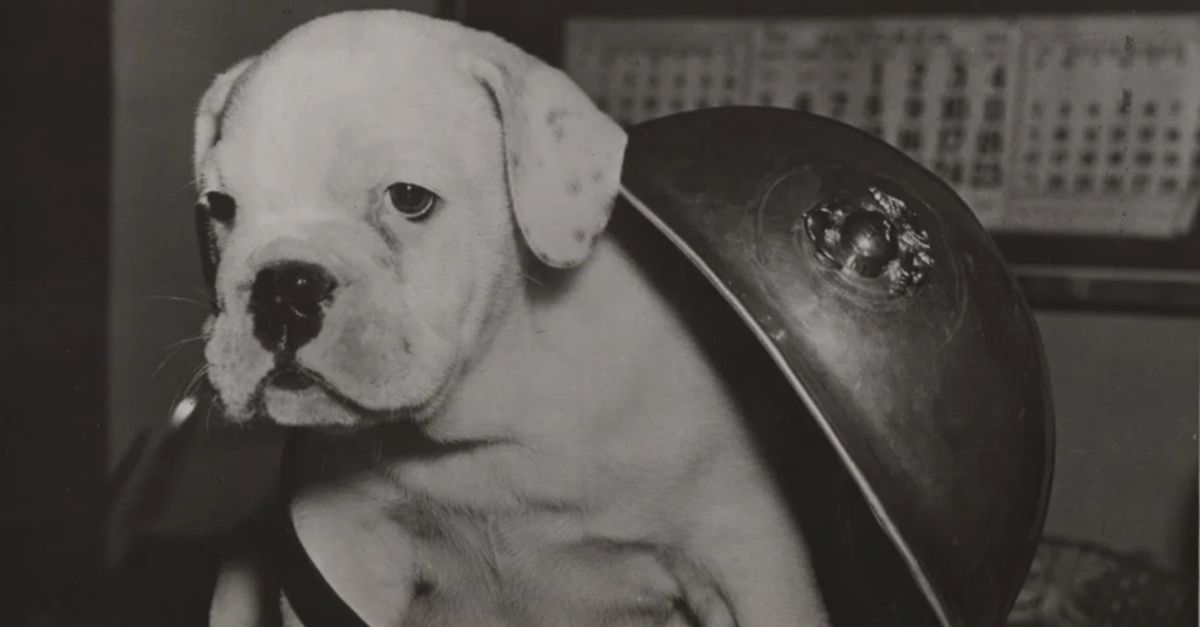 When we look at photos from the distant past, they tend to commemorate the more significant moments of history. Although it's not exactly impossible to find fairly mundane photos dating back to even the early days of the 20th century, the fact remains that there was a lot more incentive to pick the right moment to take a picture in the old days.

After all, cameras were not only nowhere near as portable as they are now, but the process of taking a picture and actually seeing it was a lot more involved and took much longer than it does now. So unless your lunch was something you came across once in a blue moon, you weren't likely to take a picture of it.

However, enough pictures of the more everyday aspects of people's lives exist to tell us that although the levels of technology we enjoy and the pop culture we like may differ, the way that we live our lives every day isn't so different from our ancestors.

And that gives these pictures a familiar, almost comforting feeling.

1. When we look at this picture of the uploader's grandparents, the first thing that jumps out at us is his grandpa's smouldering stare. 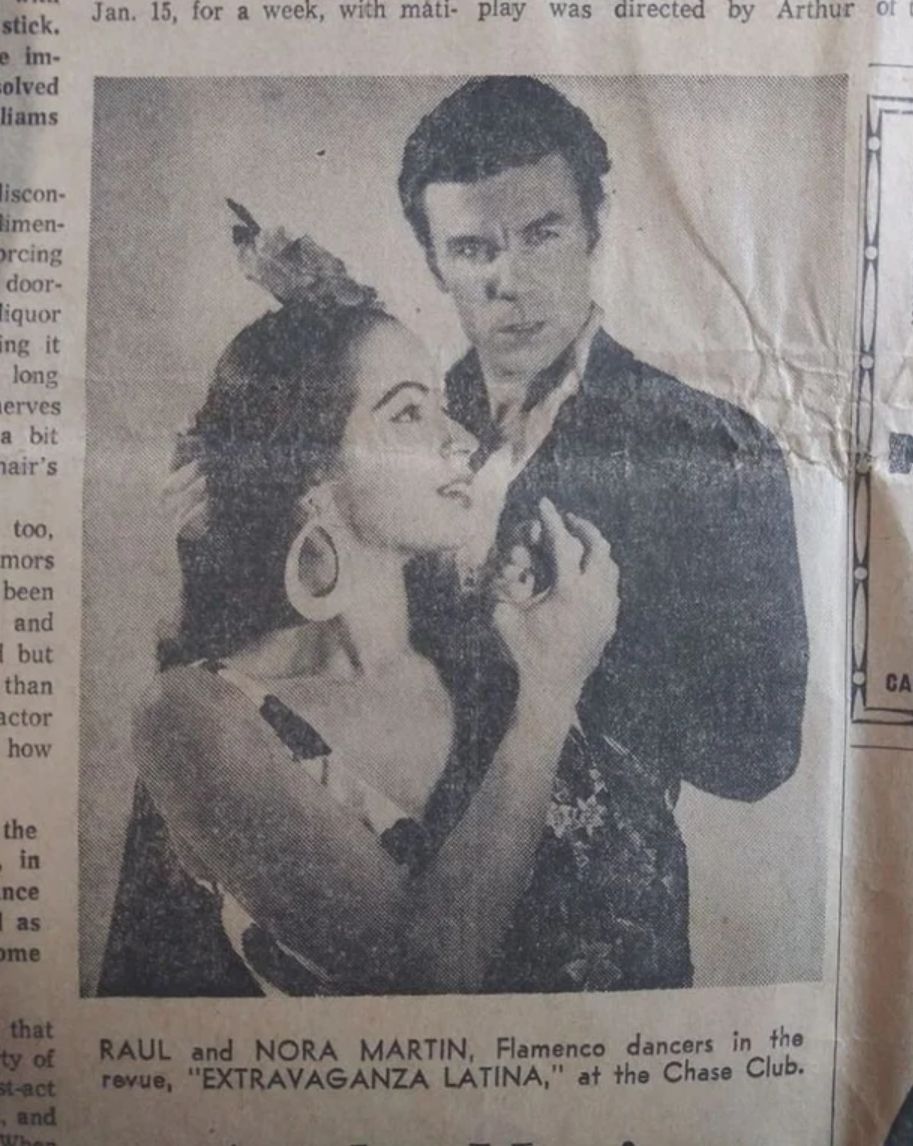 Although it may seem like he wants to know just what we think we're looking at, his gaze really just makes it clear how passionate he is about flamenco dancing.

That's exactly what this couple were on tour doing back in 1962. 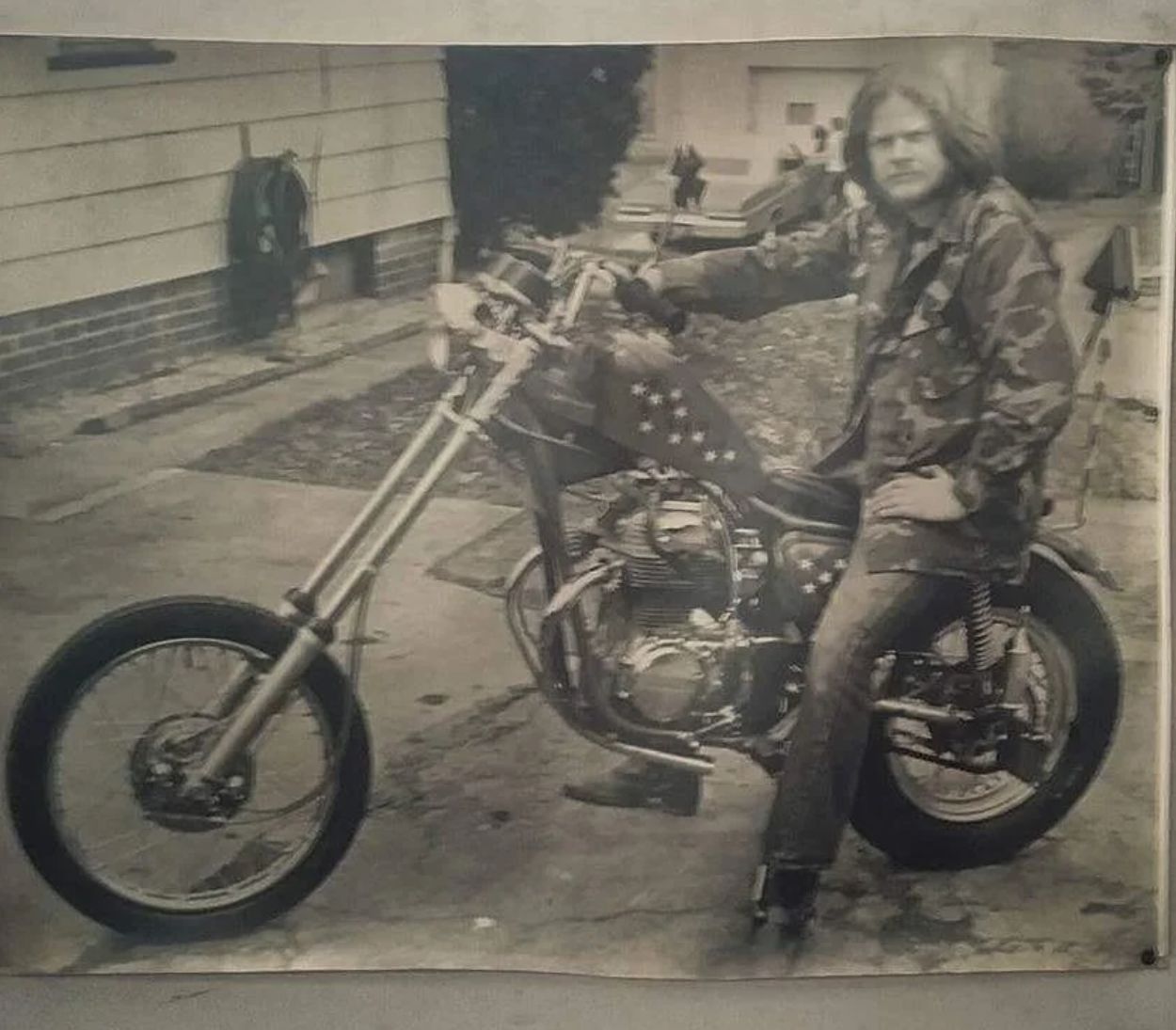 And this photo from back during the 1970s not only saw him sitting on a motorcycle, but one that he built himself.

3. You may not recognize the woman in this photo, but there's little doubt that you've heard of her. 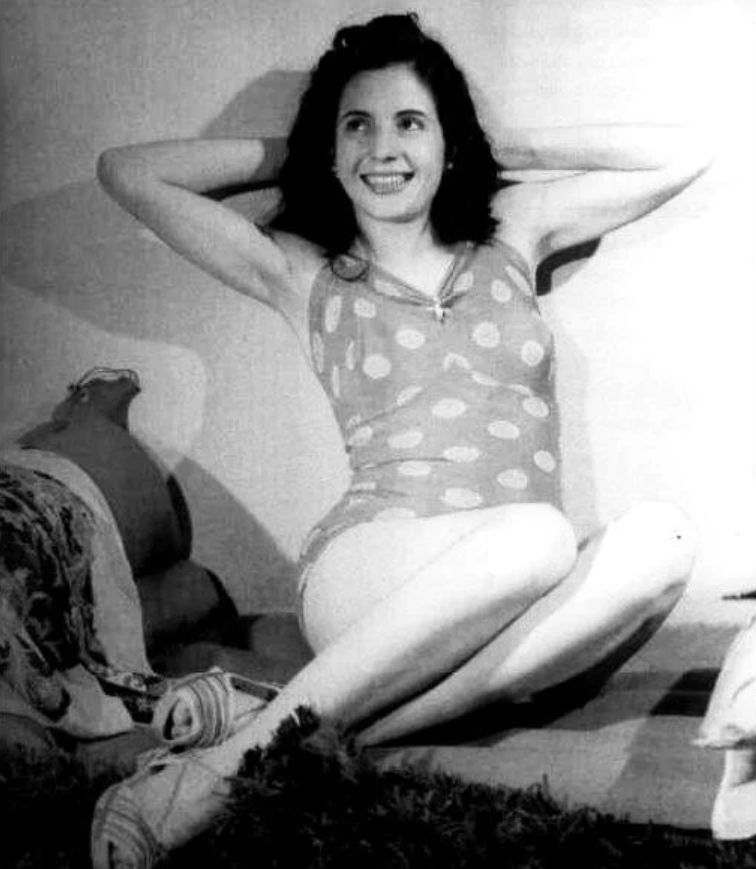 That's because this was the famous former First Lady of Argentina Eva "Evita" Peron in 1939, five years before she met the man she would rise to power with.

4. Although this was taken shortly before he would start on the road to his legendary status in the punk scene, there was a time when Henry Rollins was just an employee at Häagen-Dazs. 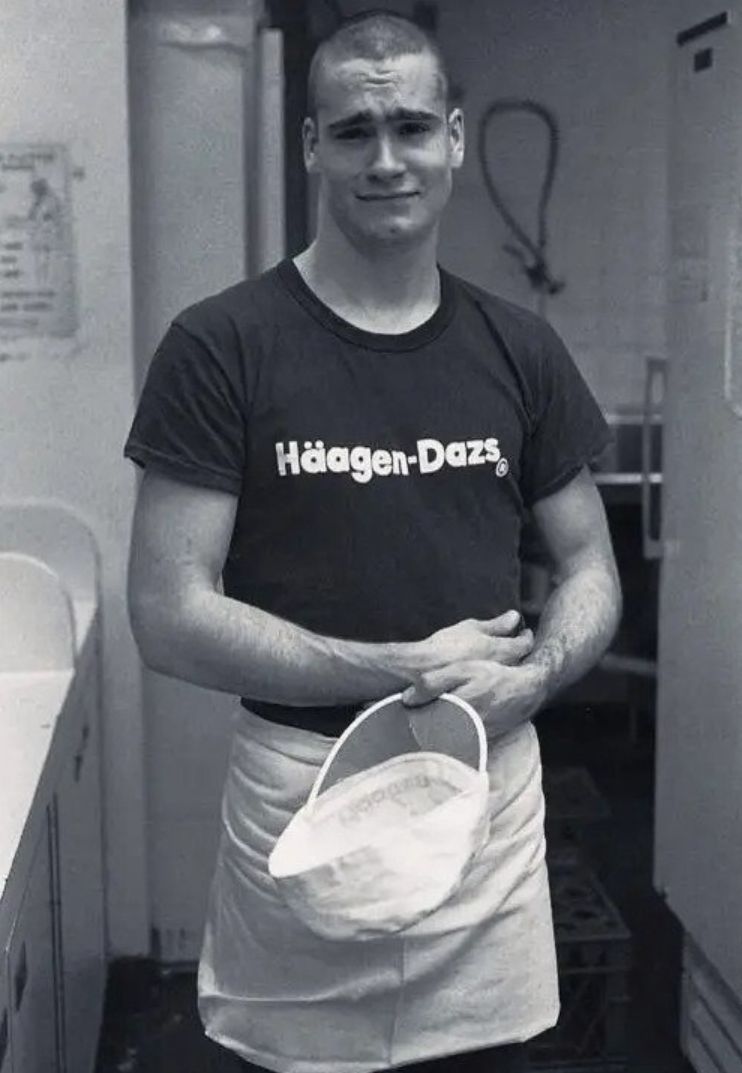 And if he doesn't look particularly happy at this job, then it goes to show that Rollins has always worn his heart on his sleeve.

Still, as much as this job sucked for him, it also gave him the opportunity to spend some time with fellow punk hero Ian Mackaye, who would go on to start beloved bands Fugazi and Minor Threat.

5. This might be just another vintage photo of a couple to us, but it's particularly rare and special for the uploader. 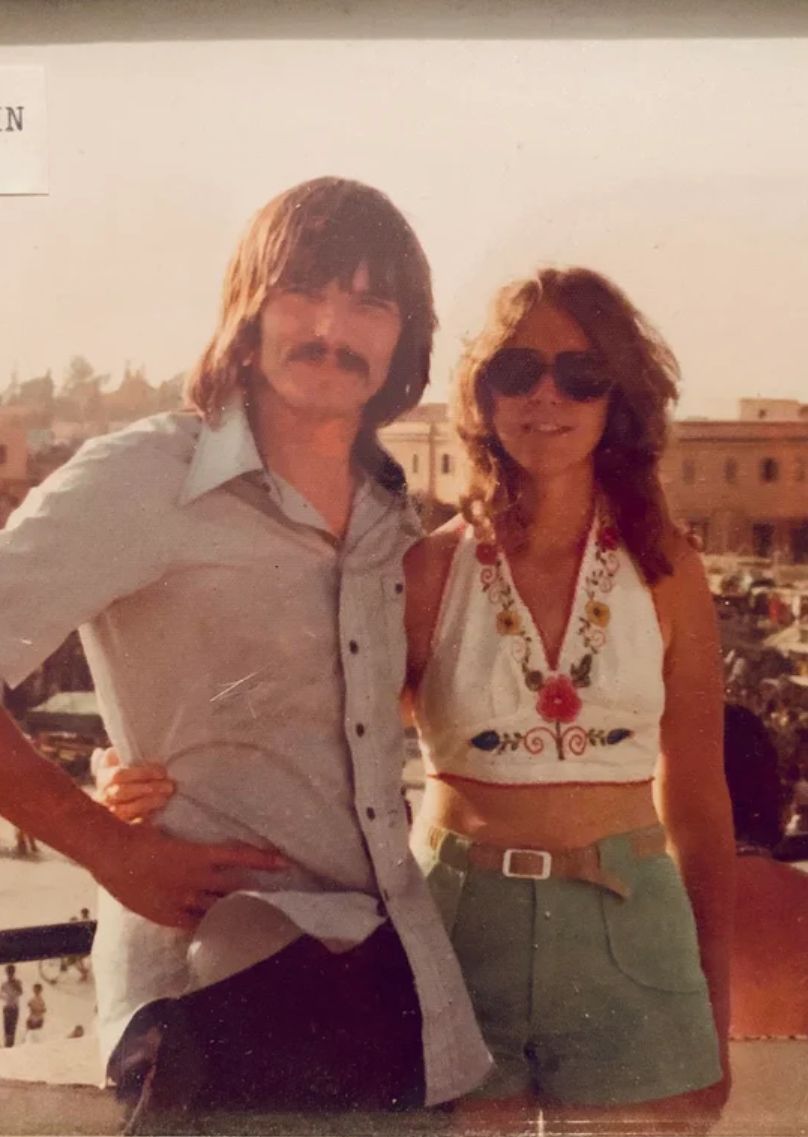 That's because their parents divorced when they were two-years-old and in their almost 40 years of life, they had never seen a picture of the two together.

While cleaning out their house, however, one finally revealed itself.

6. One person found an interesting photo of their dad handling a snake when he was a cop in the 1970s. 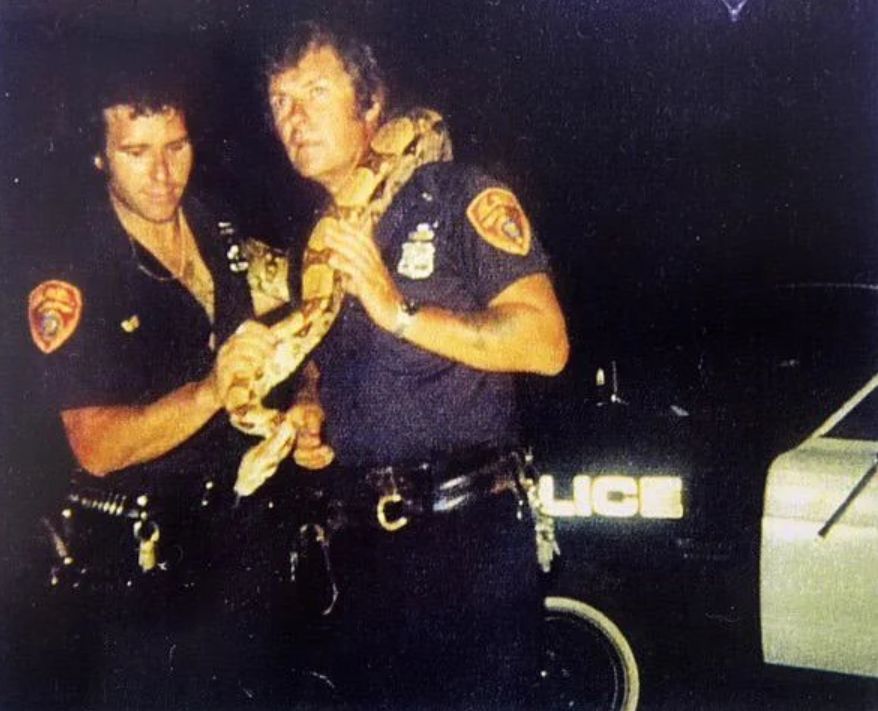 And based on his facial expression, this appeared to be something he had to deal with while on a call because it seems like he'd rather be doing anything else.

7. Here we see two Dutch-Indonesian rock fans in 1960s Amsterdam sporting what I can only imagine was the style at the time. 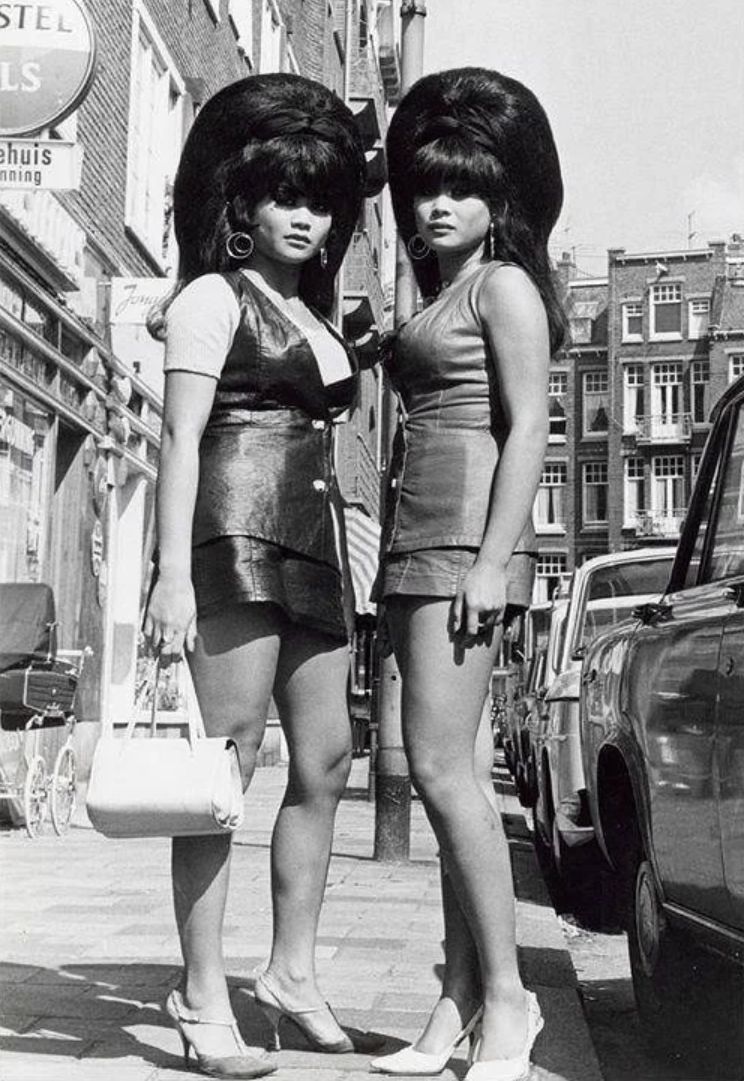 If those aren't wigs, I don't even want to guess how much time and effort it took to get their hair in that shape.

8. Back in 1927, this man was known to take his banjo to all of the Bronx's nightclubs. 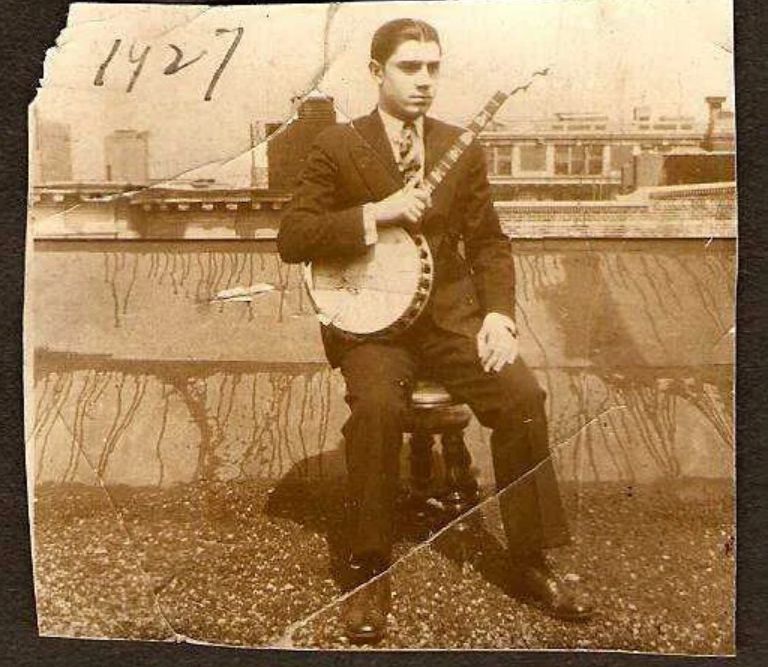 By 1931, however, the uploader's grandma apparently made him give that life up so he could help take care of his newly born son. That banjo is still in the family and is apparently blue with a mother of pearl finish.

9. Based on the note attached to this photo, it's clear that these two lifeguards were very dear to each other's hearts. 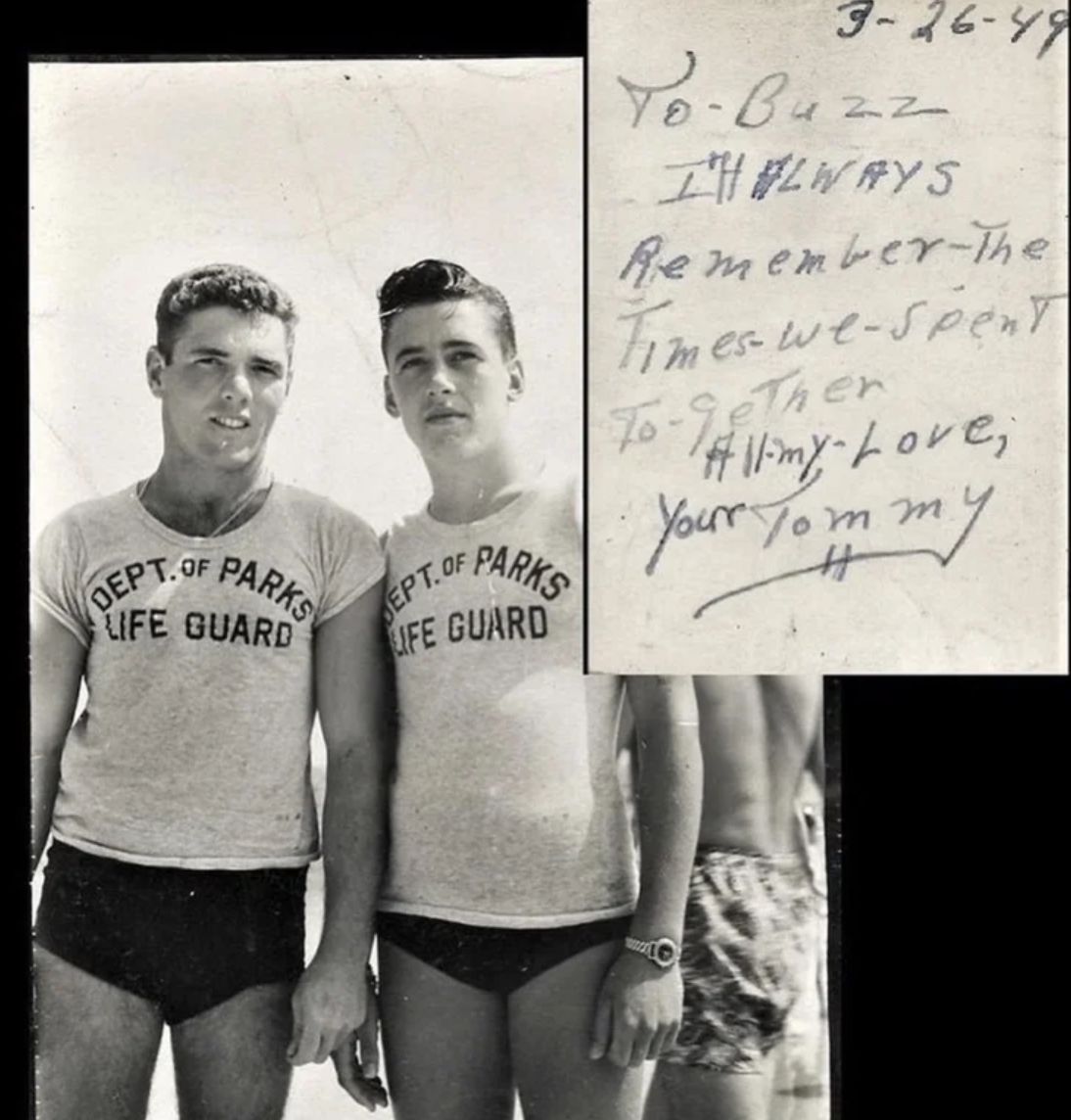 It's unclear what exactly led to their parting, but the unfortunate truth appears to be that something got in the way of their relationship by March 26 of 1949.

10. None of these boys could get a ticket into this stadium back in 1954, but that didn't stop them from watching the football. 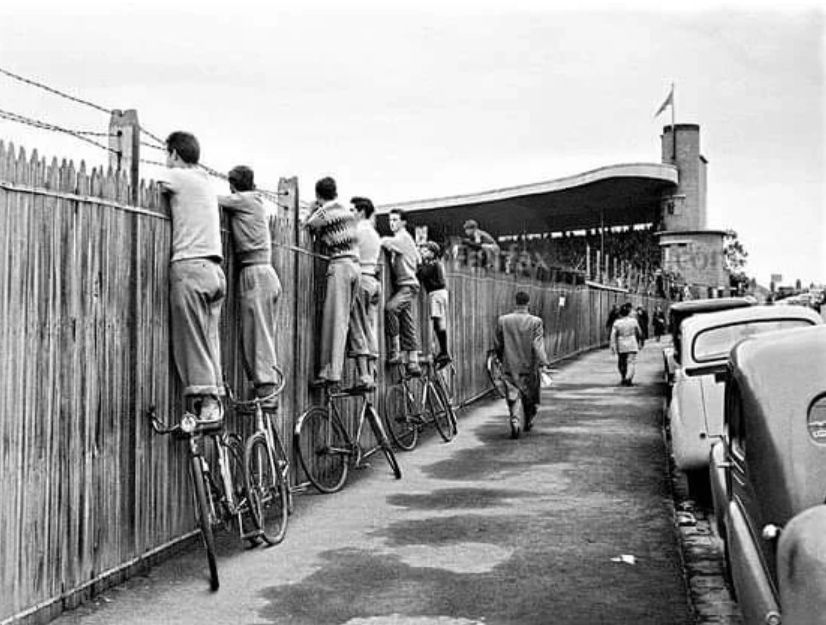 And since what we understand as football is basically never called "the football," it seems safe to assume that they're watching a soccer game. 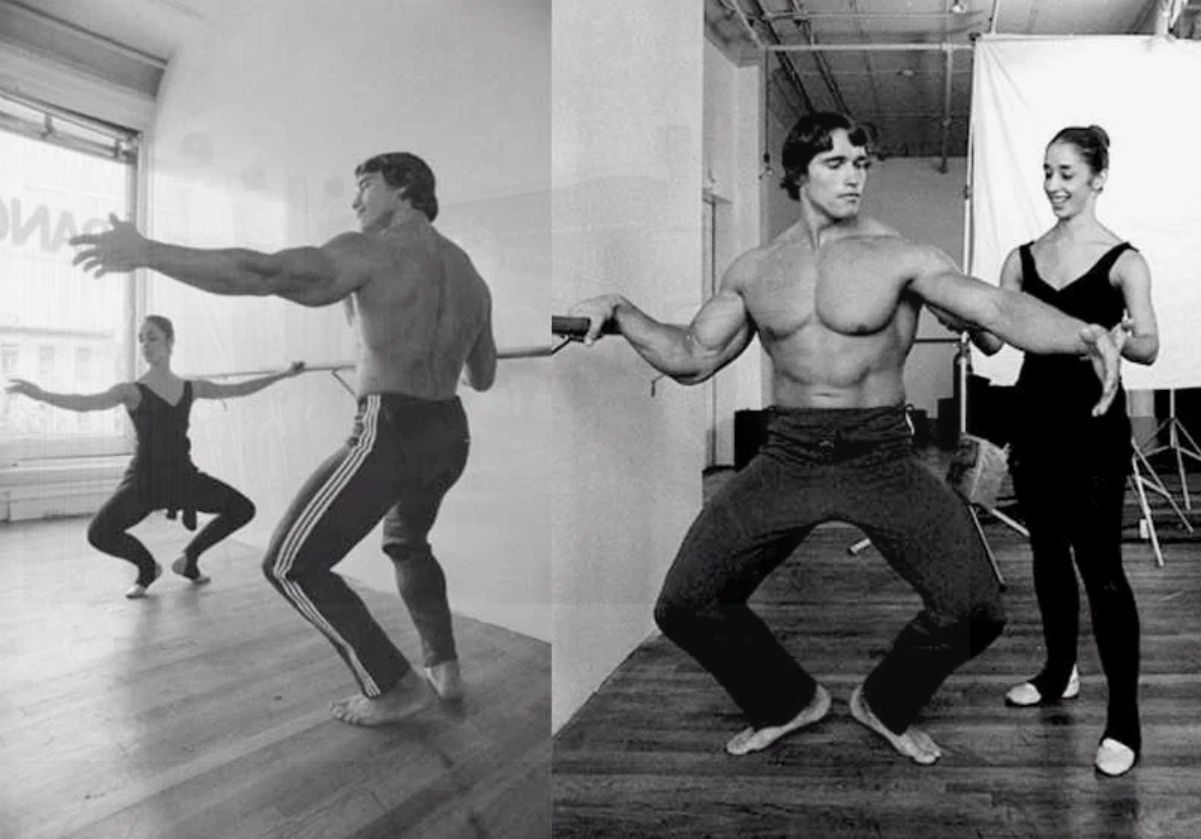 This was apparently to perfect the way he posed at bodybuilding competitions. Even back then, he knew the value of showmanship.

12. It's unclear why they're doing this on the roof, but we do know that these are FBI agents training on top of the Department of Justice building in Washington D.C. back in the '30s. 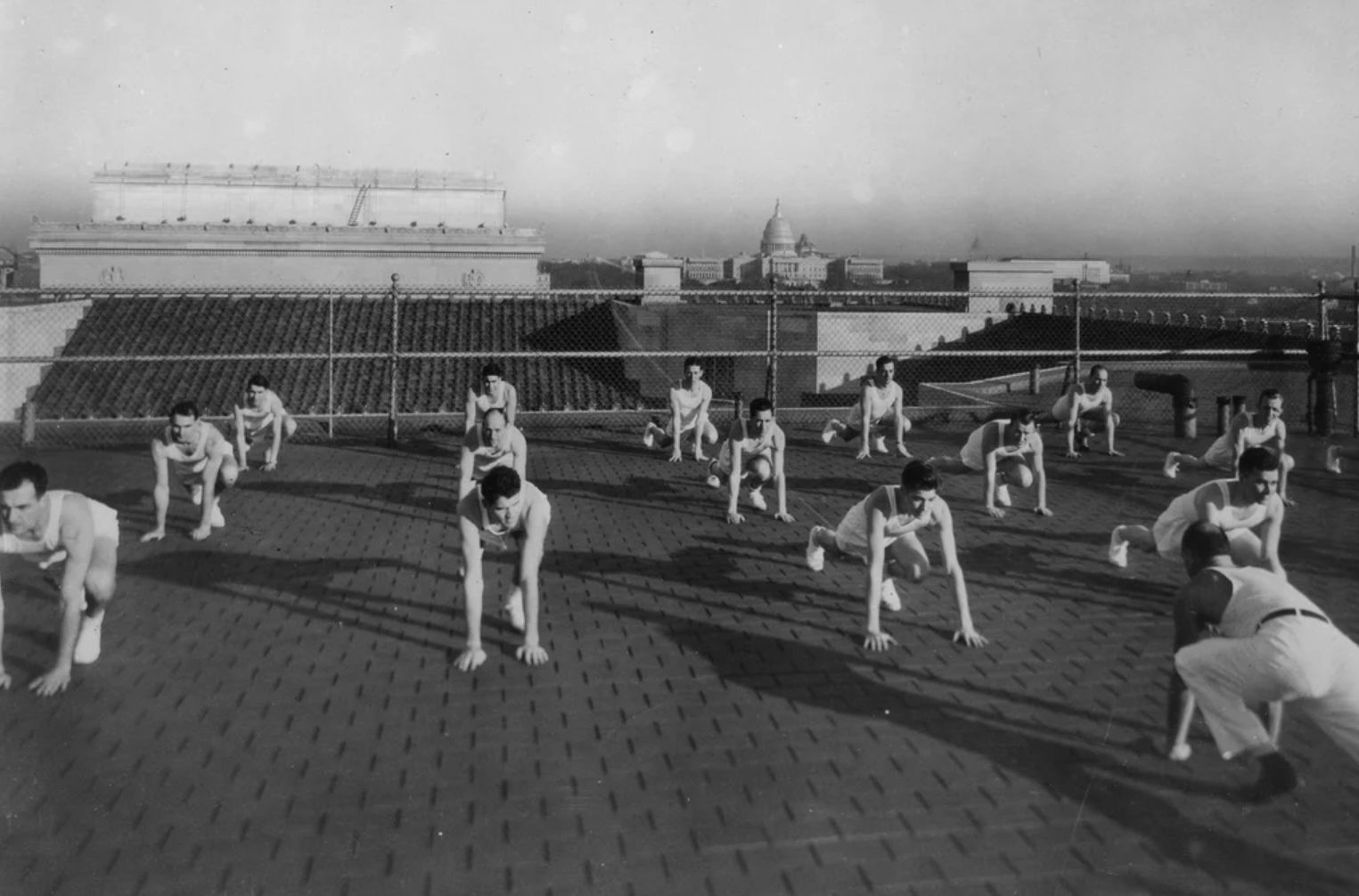 Apparently, this building doubled as the bureau's headquarters between 1932 and 1972.

13. Until 1949, the now-famous Hollywood sign was a little bit longer than we're used to. 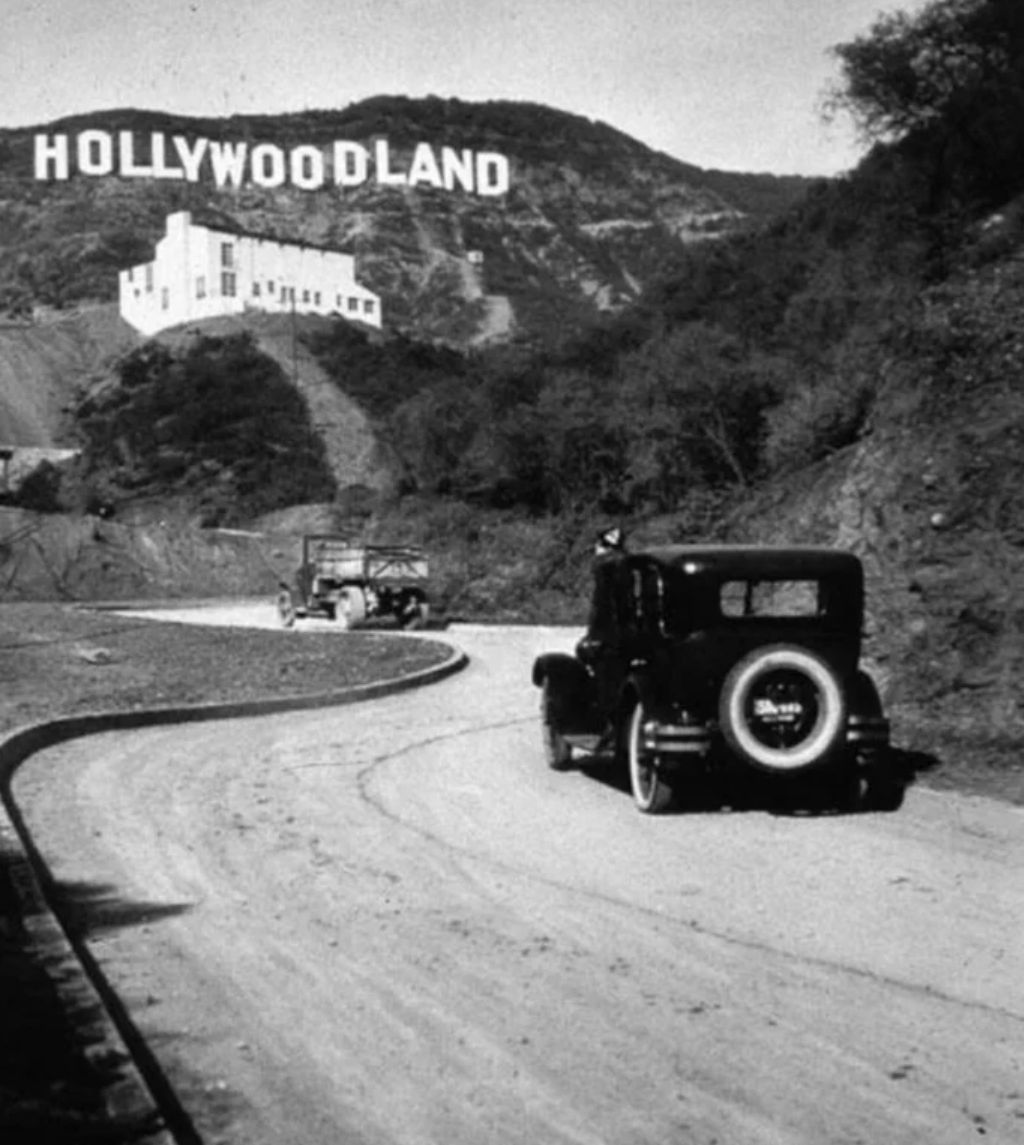 Not only did it once say "Hollywoodland," but it wasn't even supposed to last as long as it did. According to Gizmodo, it was originally just intended as an advertisement for L.A.'s Hollywoodland subdivision when it was installed on Mount Lee in 1923.

A landslide ended up taking away the sign's "H" during the '40s and the local Parks and Recreation Commission proposed demolishing the rest of the sign as it had fallen into disrepair by then. However, the city council overruled and the sign was restored on the condition that the "land" part had to be removed.

14. By the time she ended up in Egypt during World War II, this young British soldier had already had already experienced a lot. 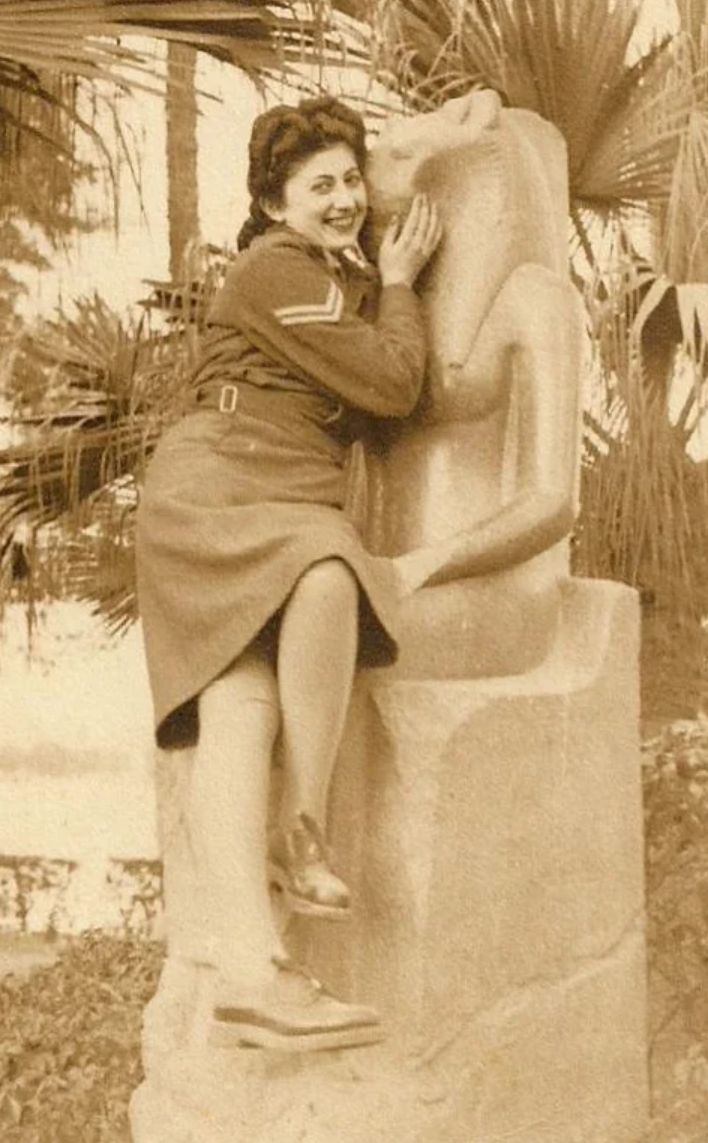 A few years prior, she was only a pre-teen who had to flee Germany because she was Jewish. Decades later, she has just recently celebrated her 98th birthday.

15. This isn't the clearest picture in the world, but photos taken by fans at concerts rarely are. 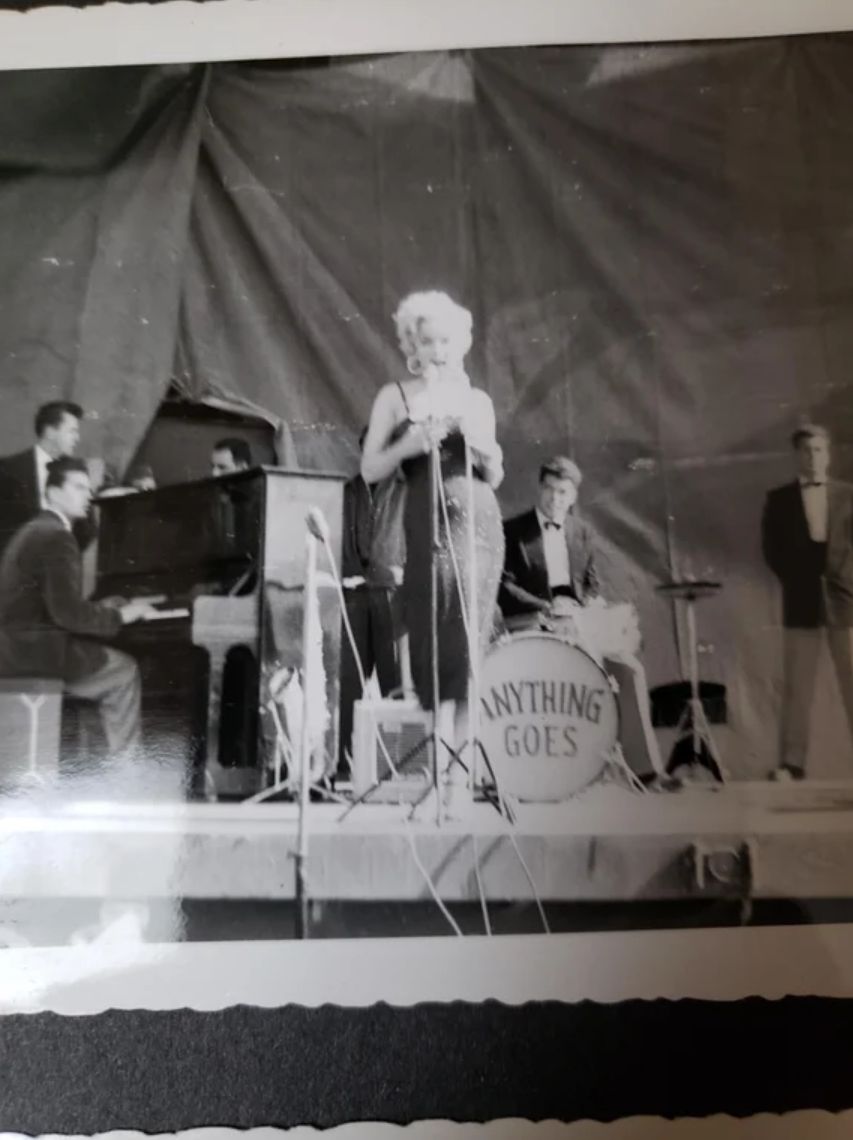 What we're seeing here is Marilyn Monroe performing for U.S. troops in 1954 during the Korean War. The uploader's father was one of them and he took this picture.

16. This photo from Jamaica in 1974 captures a breezy scene of three young boys striknig a pose. 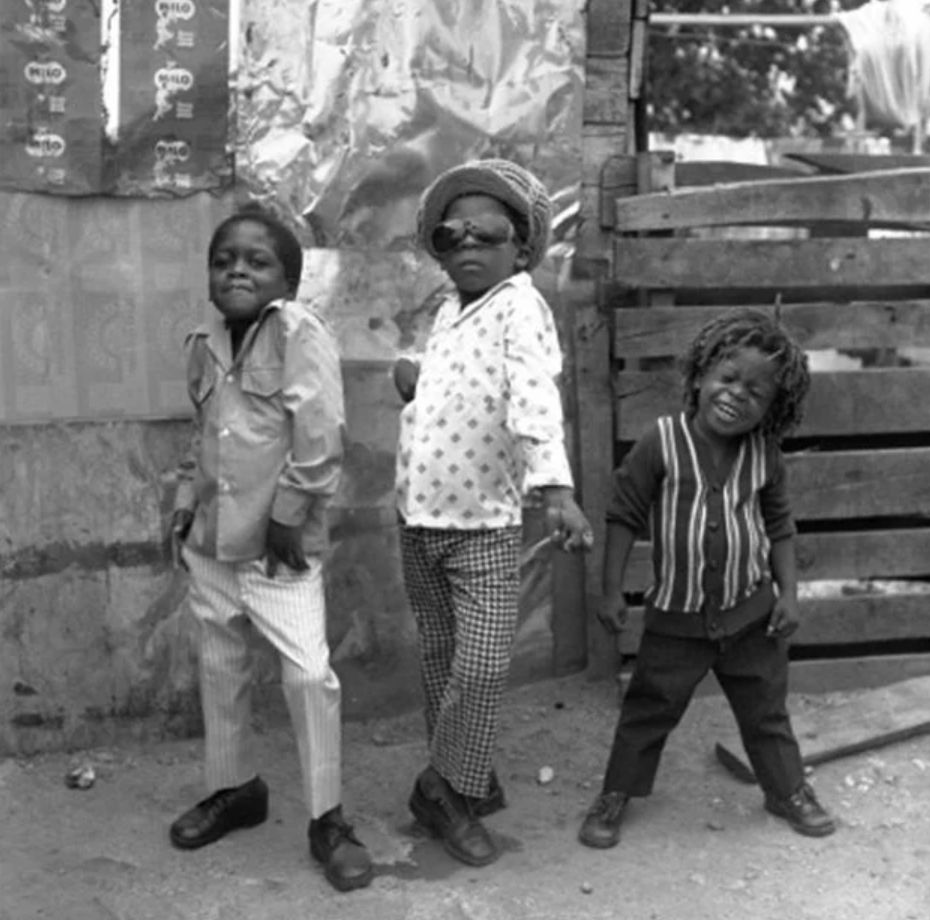 Although it's an adorable shot, it also shows that these kids already know a lot about style. This is particularly true for the one in the middle, who seems to exude confidence.

17. When the uploader was a kid, their school gave them this T-shirt for having perfect attendance in the 1978-1979 school year. 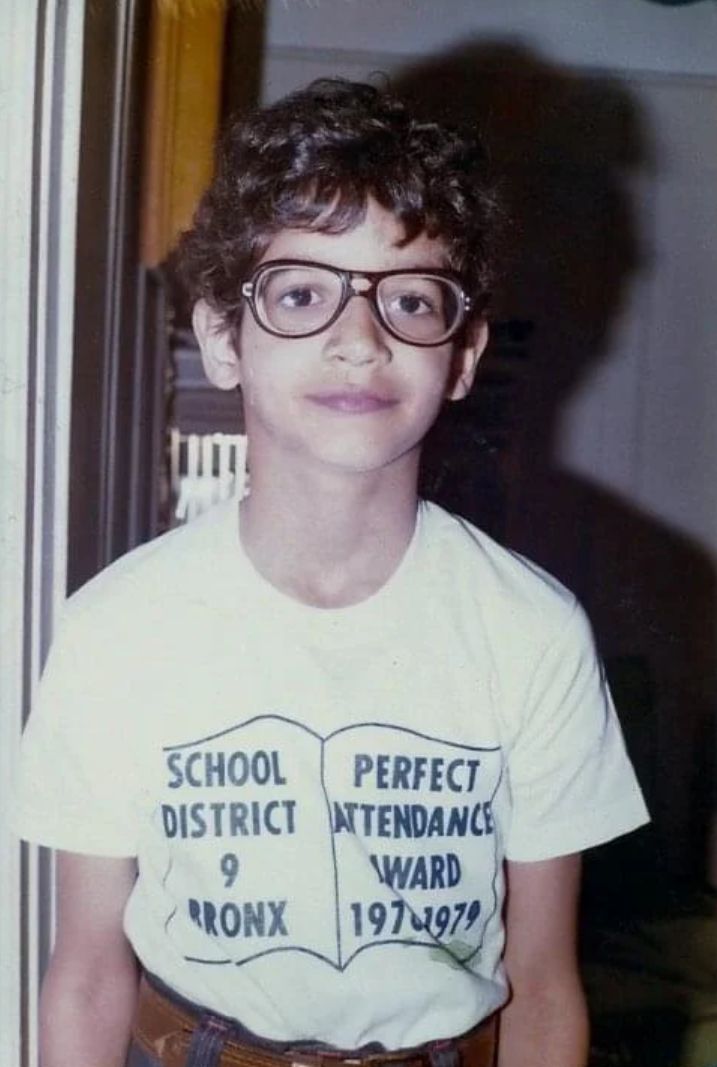 However, they never wore it to school because they figured that would have made them a target for bullying. 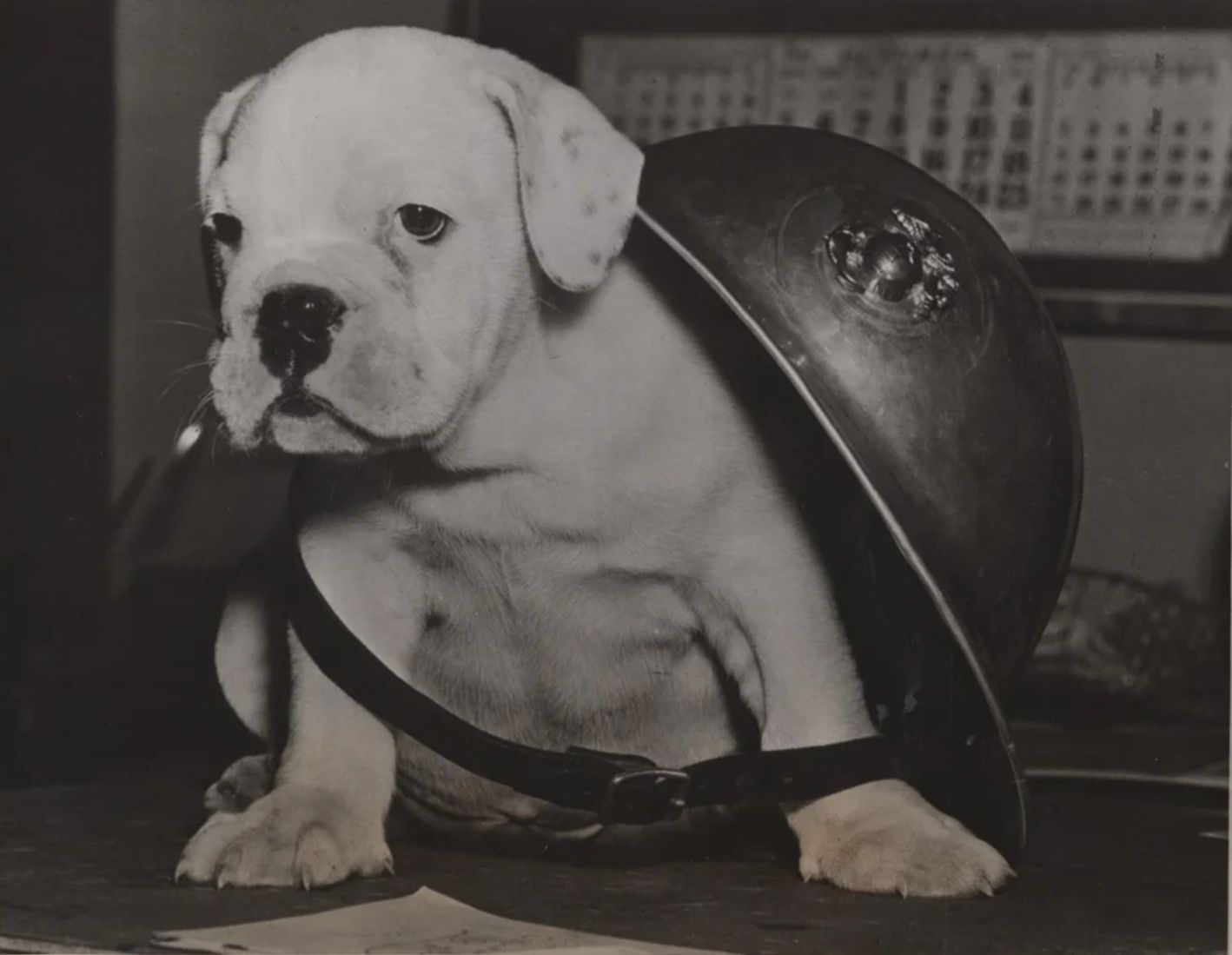 And that's why the U.S. Marine Corps kept Buddy the English Bulldog puppy at their Cleveland recruiting station at the time.

19. This man was known as Ras Prince Monolulu and it's definitely clear that he knew how to draw a crowd. 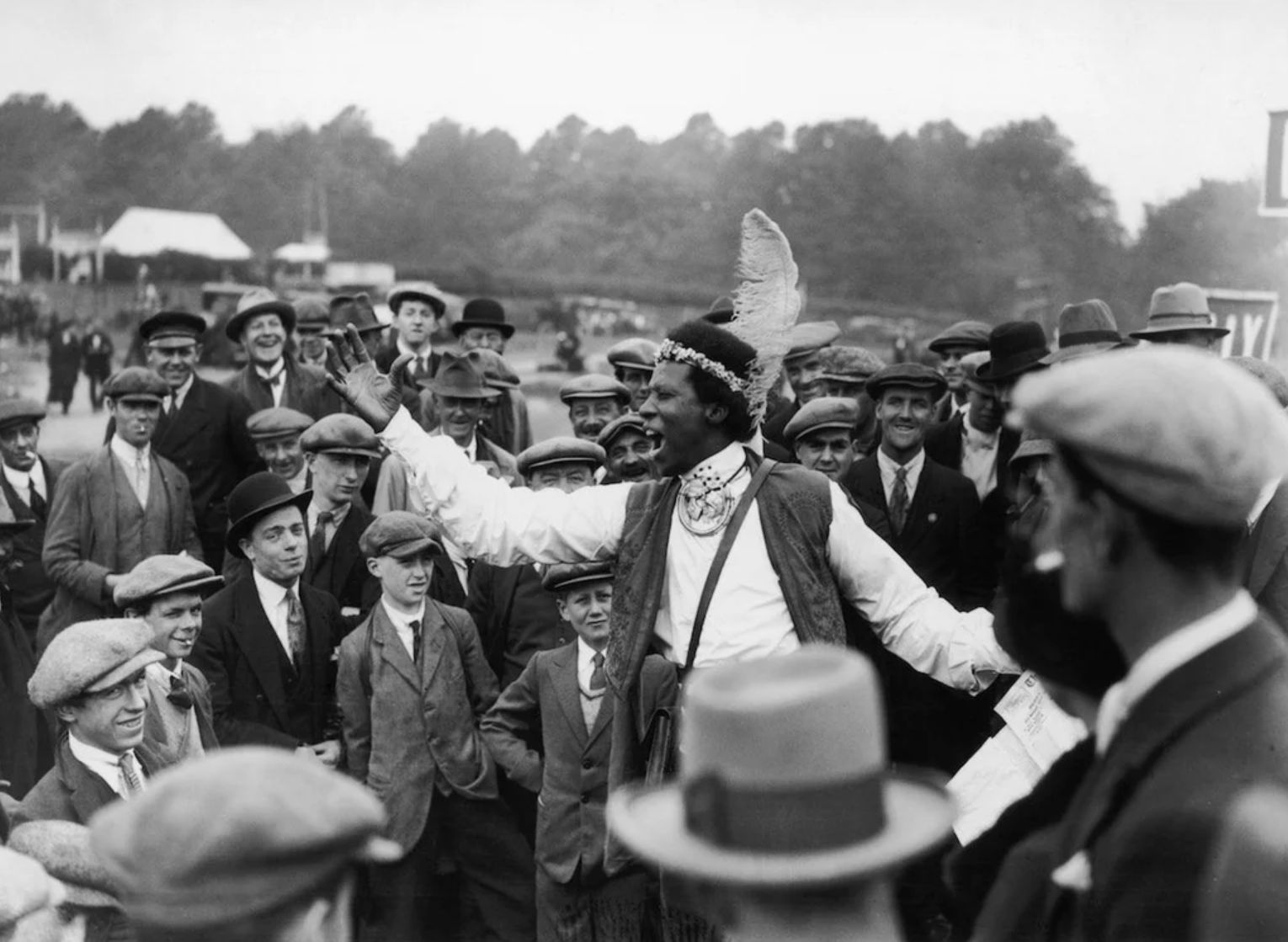 But while that would certainly be an asset for a street performer, he was actually supposed to be a tipster for horse races, which is why his catchphrase was "I've gotta horse!"

20. The context of this picture is a little unclear, but we know that this little girl was having a tea party with a hawk and a lobster back in 1938. 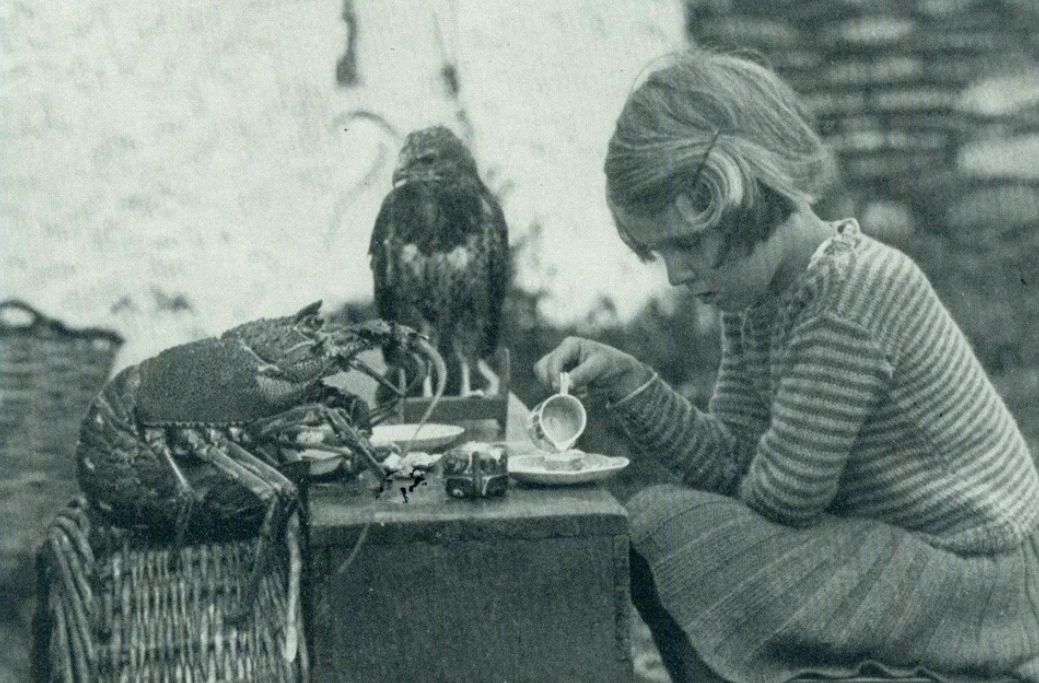 The only possibilities were either that both creatures had already passed on by this point or this girl was exceptionally good at making friends.