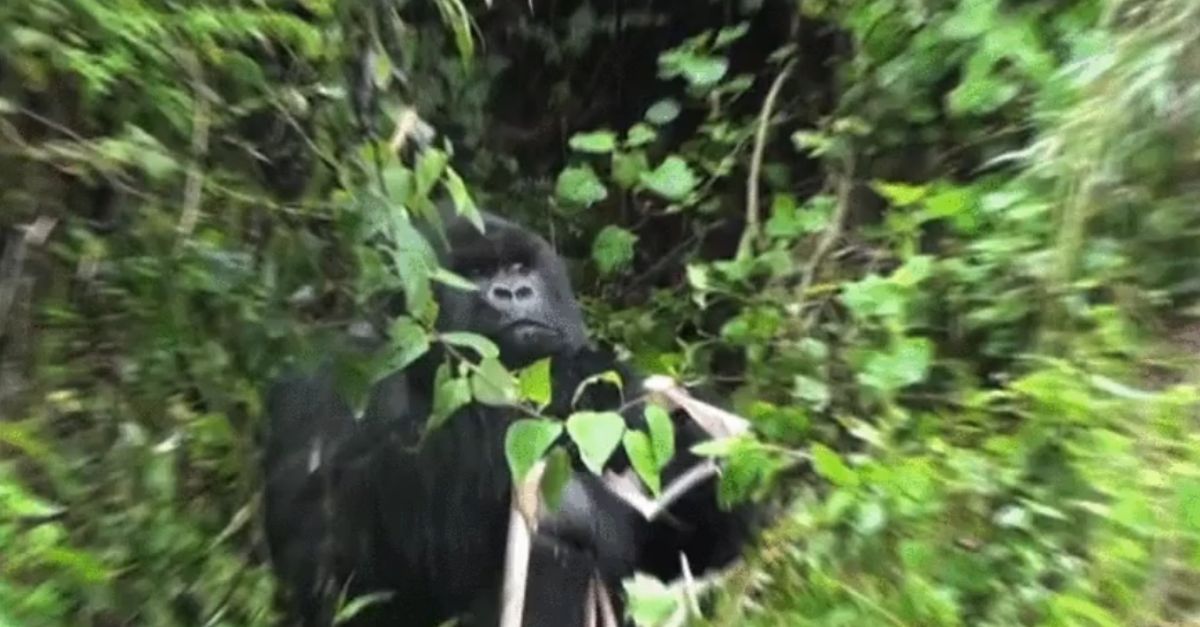 In anthropology and other fields of study, there's a phenomenon known as the observer effect.

Although a chemical or physical reaction is likely to go on as it normally would regardless of who's watching, that's not necessarily the case when you're studying cultural behavior in either humans or animals. It's been shown time and time again that the knowledge that someone is observing us has an effect on how we act.

And for the purposes of a lot of researchers, it doesn't matter if we hide what we were doing before we realized they were looking or play it up. They wanted to observe our natural behavior and the observer effect can make that essentially impossible in a lot of cases.

So while the methods of one research team studying gorillas may seem strange as we explore it, it helps to know that they went to the lengths they did to prevent this effect from taking place.

Going into this project, researchers were aware that many birds and mammals have a felxible range of vocal responses to encountering and enjoying food. 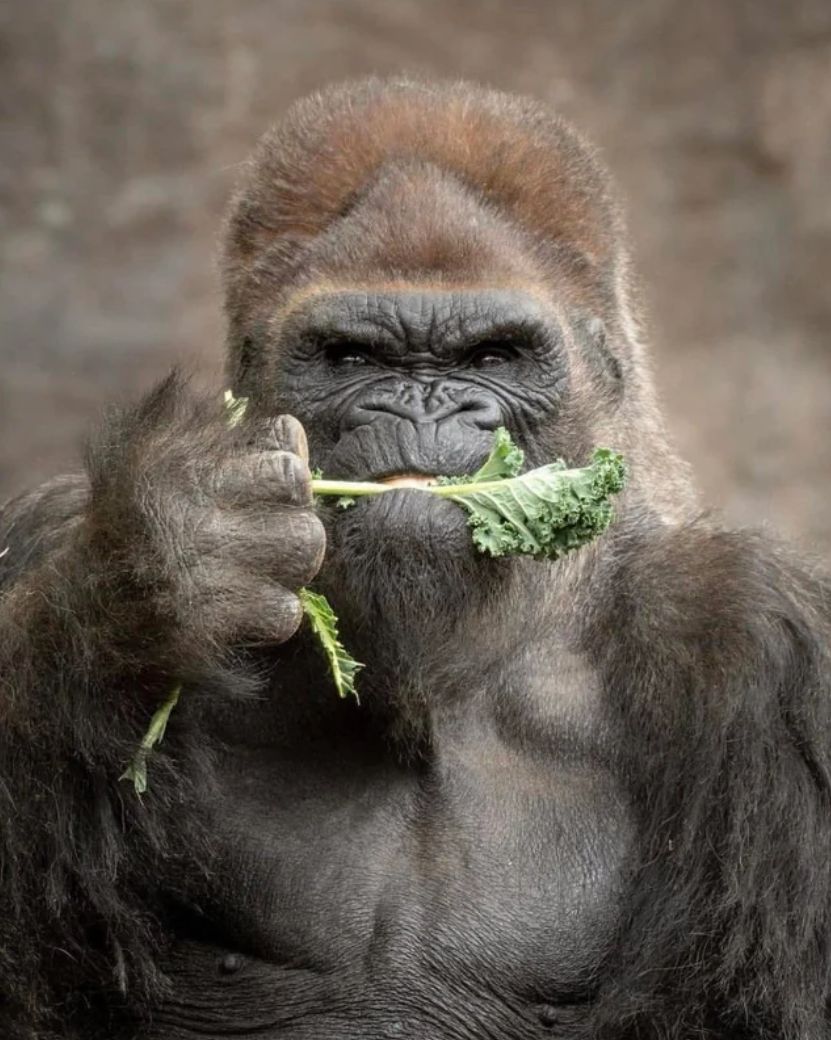 As they reported in a journal article published in PLOS ONE, there is significant evidence that this is true in bonobos and chimpanzees, but there wasn't as much to go on when it came to gorillas.

Until their findings, they had only read about vague reports of gorillas "humming" or "singing" while eating.

However, those reports didn't give them a particularly detailed idea of what that humming sounded like, nor did they confirm that these sounds were specific to food. 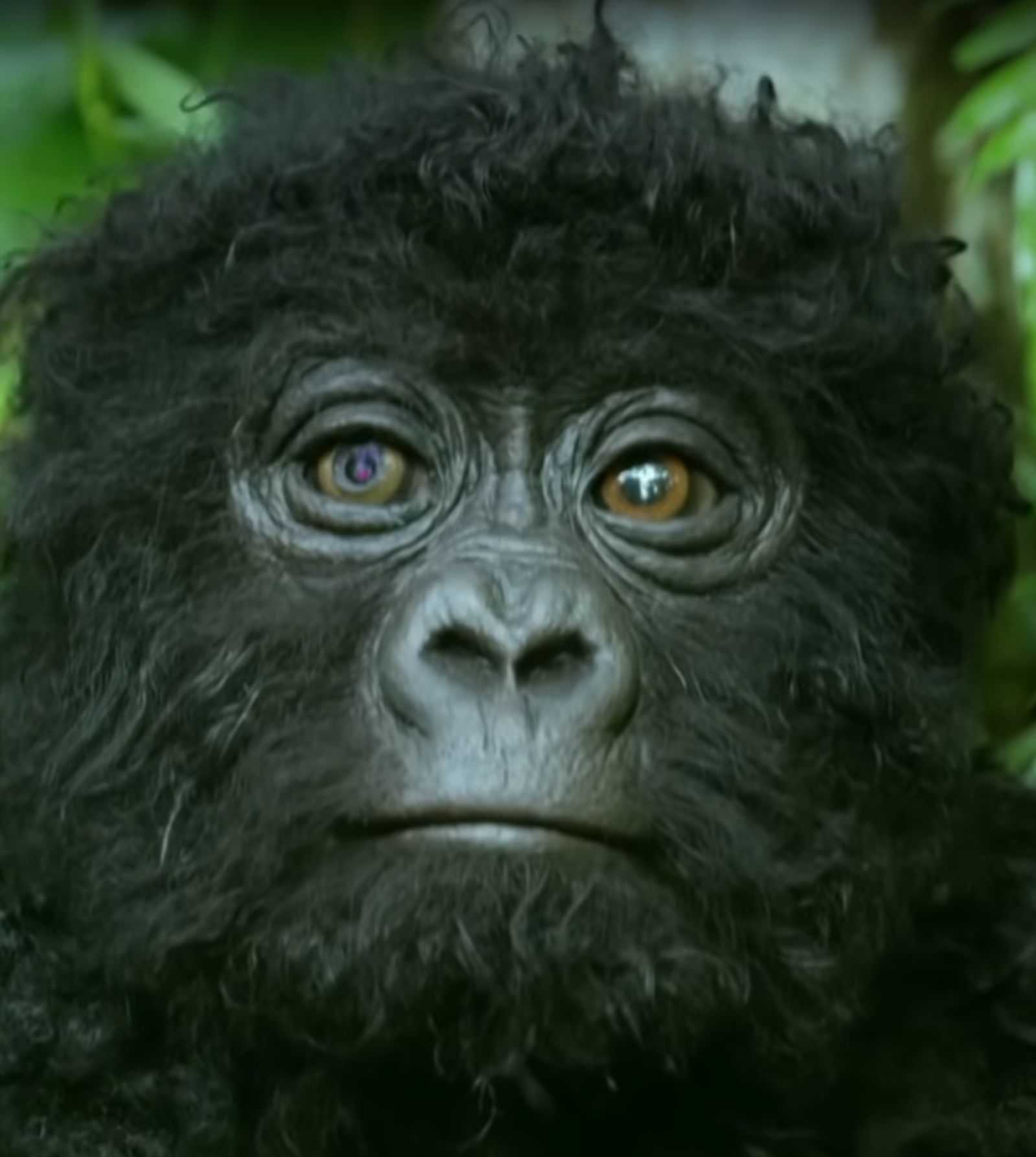 And so, they built this animatronic gorilla to infiltrate two troops of western lowland gorillas in the Republic of Congo and record their day-to-day behavior through that camera we see in its right "eye."

In addition to ensuring the gorillas' humming was natural, the robo-rilla (as I'm going to call it) ensured that researchers could safely listen closely, as the results turned out to be pretty quiet.

And as the robo-rilla sat in with these gorillas, it detected that they indeed sing and hum while they're eating. 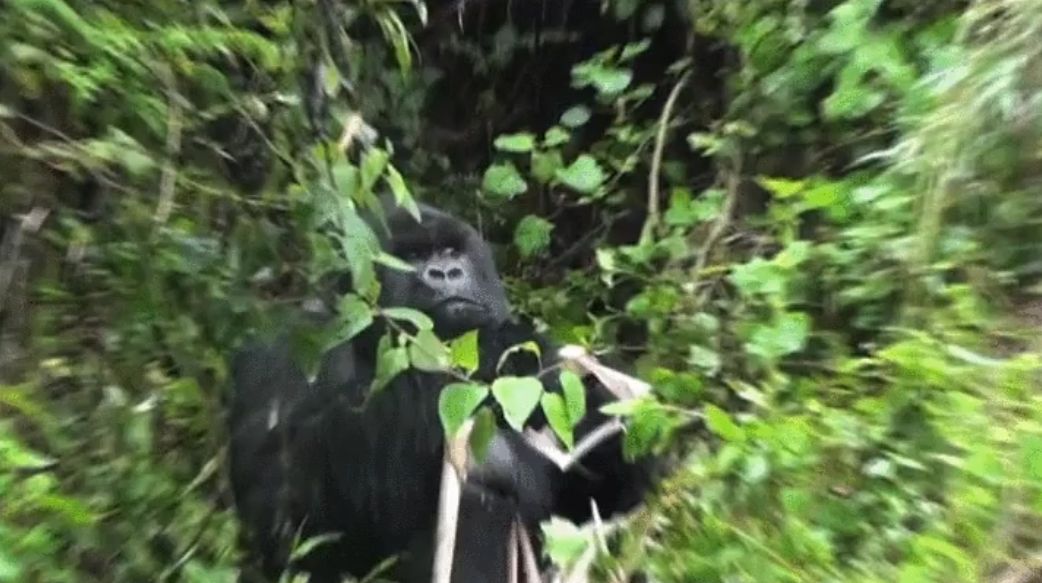 As the team wrote, 92% of these vocalizations were observed in the process of eating, while the remaining 8% happened after the meal while gorillas were moving away still chewing or carrying food with them.

Since the gorillas didn't make sounds like these in any other context, this appeared to serve as confirmation that the singing of gorillas is entirely food-associated.

While their sophisticated, if unusual method of data collection was able to finally confirm the vague reports that existed before, this didn't come easily for the team. 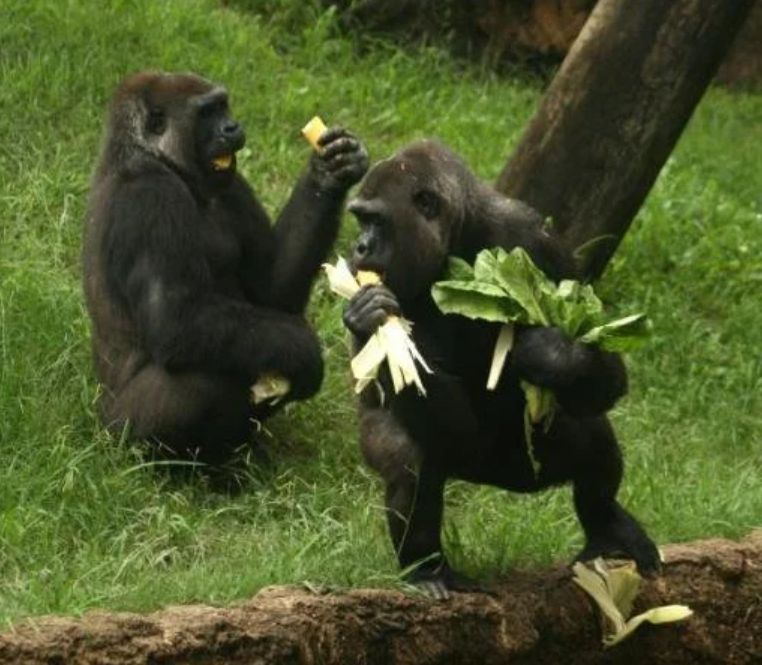 As we've established, the feeding hums of gorillas are quiet, which meant they were easily drowned out by ambient forest noises.

This became particularly challenging when gorillas brushed up against trees or moved across dry leaves while eating. As you might expect, they also sometimes moved away from the robo-rilla's microphone since they didn't know it had one.

Nonetheless, the robo-rilla was able to capture enough singing to work with, but that's not all it recorded. 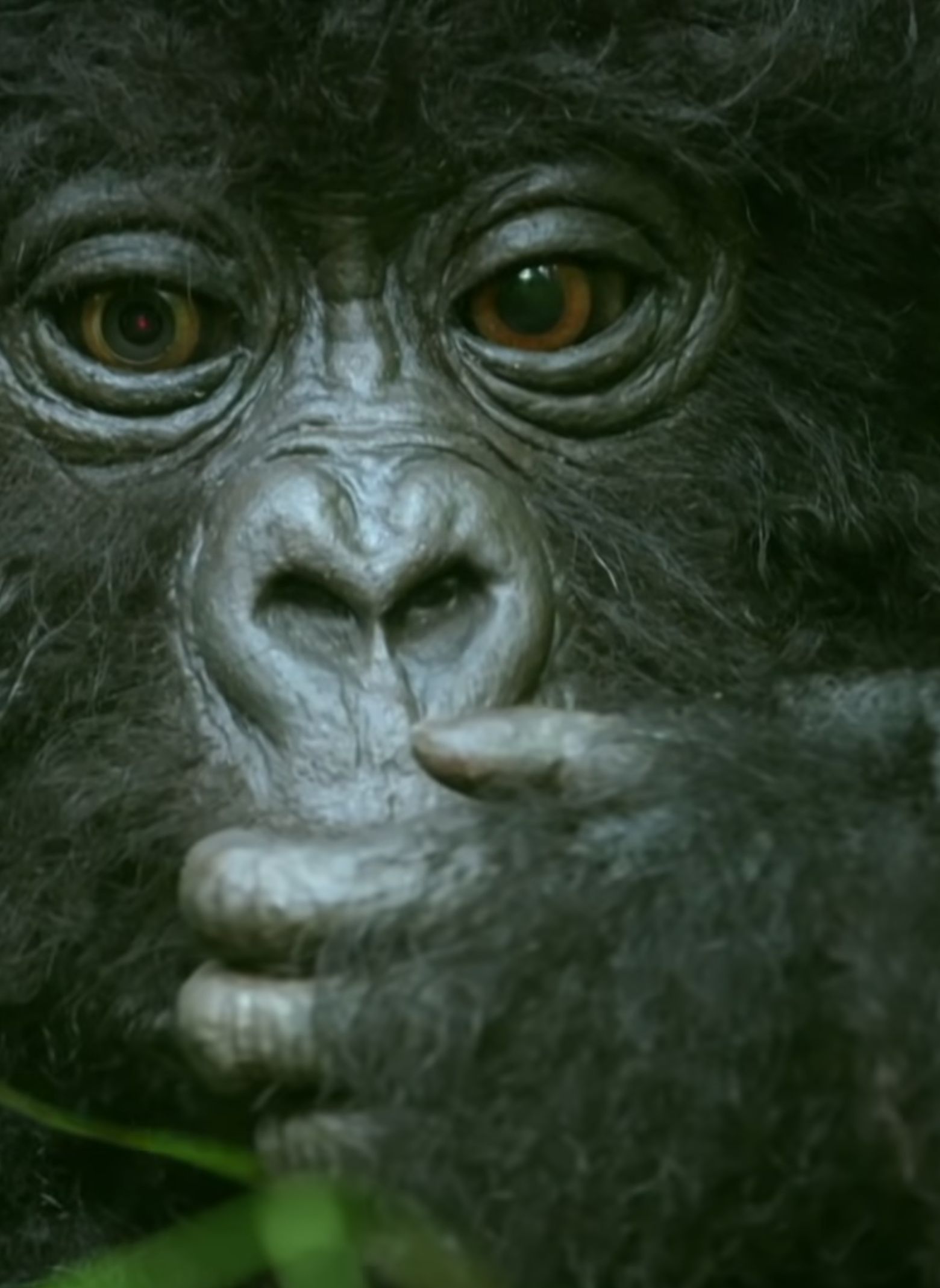 As a PBS Nature broadcast explained, gorillas eat about 40 pounds of food per day, which leaves them in a "semi-permanent state of flatulence."

So yeah, the team ended up recording a lot of farts.

Of course, even the more detailed descriptions provided by the research team doesn't compare to actually hearing the gorillas sing.

And if you really want to listen to gorillas fart for some reason, I suppose this video will help you with that, too.