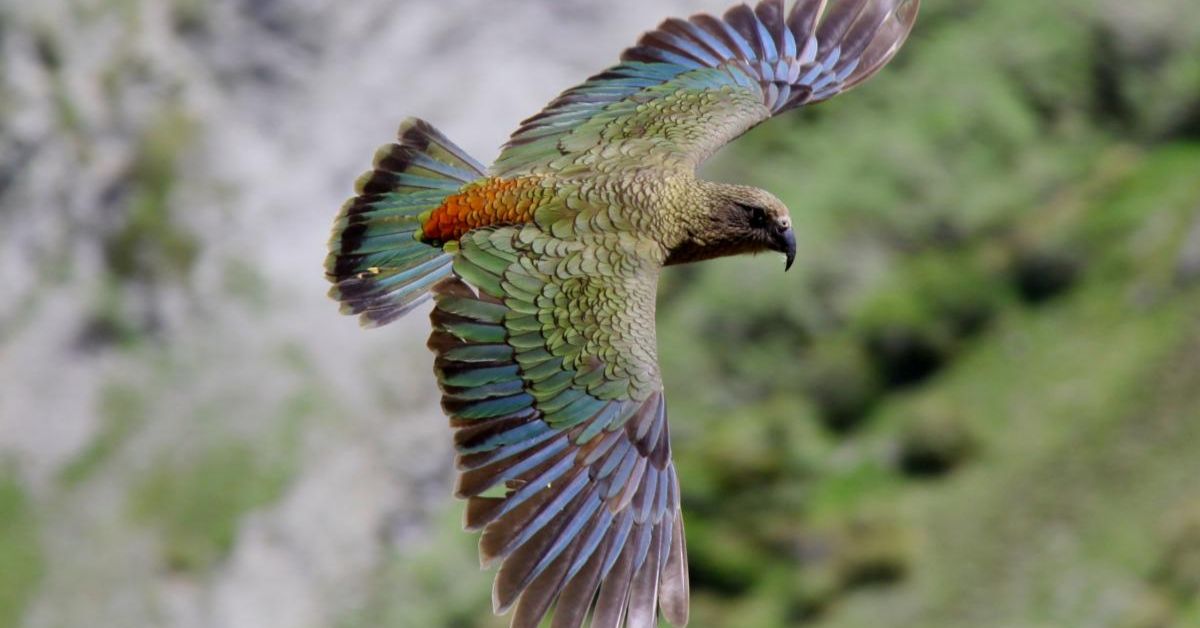 All you bird fanatics out there will be interested to learn that New Zealand is home one to one of the cheekiest, smartest, and most playful alpine parrots in the entire world.

Well, to be fair, they're the only alpine parrots in the entire world, but that just makes them even more special.

This is the kea, which New Zealanders have lovingly also dubbed the "clown of the mountain."

These spirited beauties are actually considered to be somewhat of a pest to locals, since their curious nature has historically led to them investigating, damaging, and sometimes even stealing belongings off anyone who tries to get a closer look at them.

As previously mentioned, they're the world's only mountain-dwelling parrot, and they're actually incredibly smart as well as being incredibly mischievous towards humans (and livestock, but we'll get to that).

The kea is mostly olive-green in color, but it's what lies beneath its expansive wings that really makes these parrots stand out. 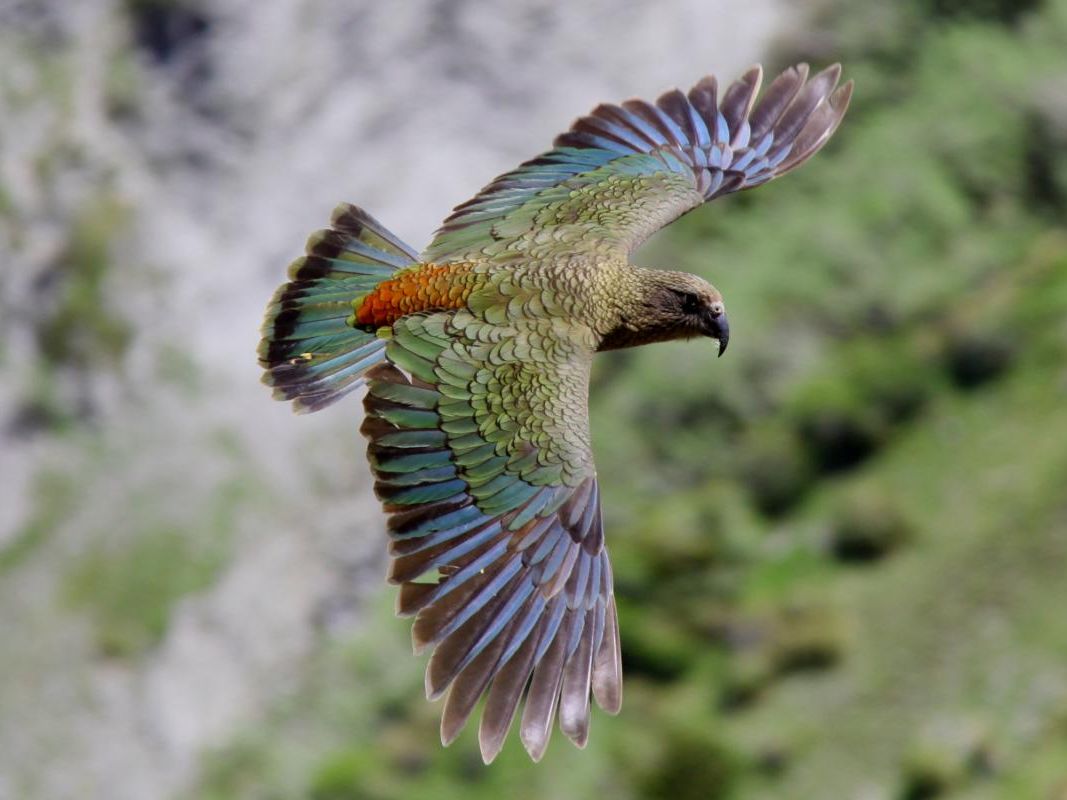 While in flight, they treat eager bird watchers to a stunning view of the brilliant orange, blue, and sometimes green feathers that are hidden beneath their wings, turning this parrot into a kaleidoscope of color.

Kea parrots can only be found in the mountains of the South Island, but unfortunately these cheeky birds are currently facing extinction. 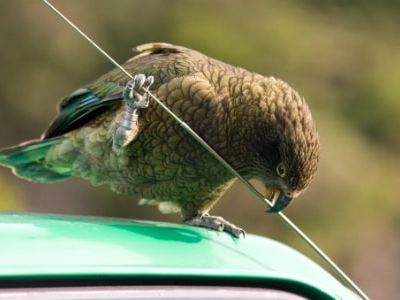 As the Guardian reported, conservationists have become increasingly alarmed by the species' "crashing" population numbers.

Kea parrots are largely being threatened by humans, who have been known to hunt them after the birds prey upon their livestock, mostly sheep. In fact, an estimated 150,000 kea have been killed since the 1860s when a government bounty gave sheep farmers permission to eliminate the avian threat.

Thankfully, efforts are being made to protect these beautiful parrots and save the species from extinction. 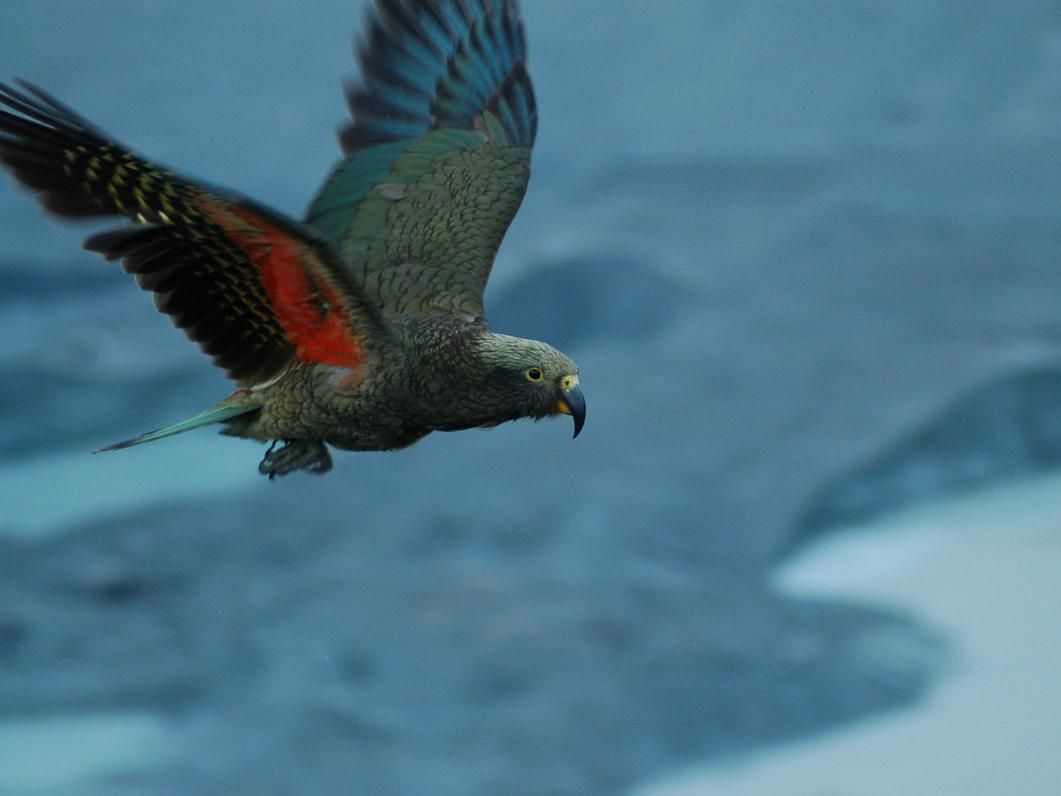 Despite their cheeky, playful nature that can sometimes lead to frustrating encounters with fed-up humans, kea parrots are certainly still beloved by some Kiwis who want to do everything in their power to make sure they stick around.

Sure, they steal food, belongings, destroy cars, and attack livestock. But that's just all part of their charm.