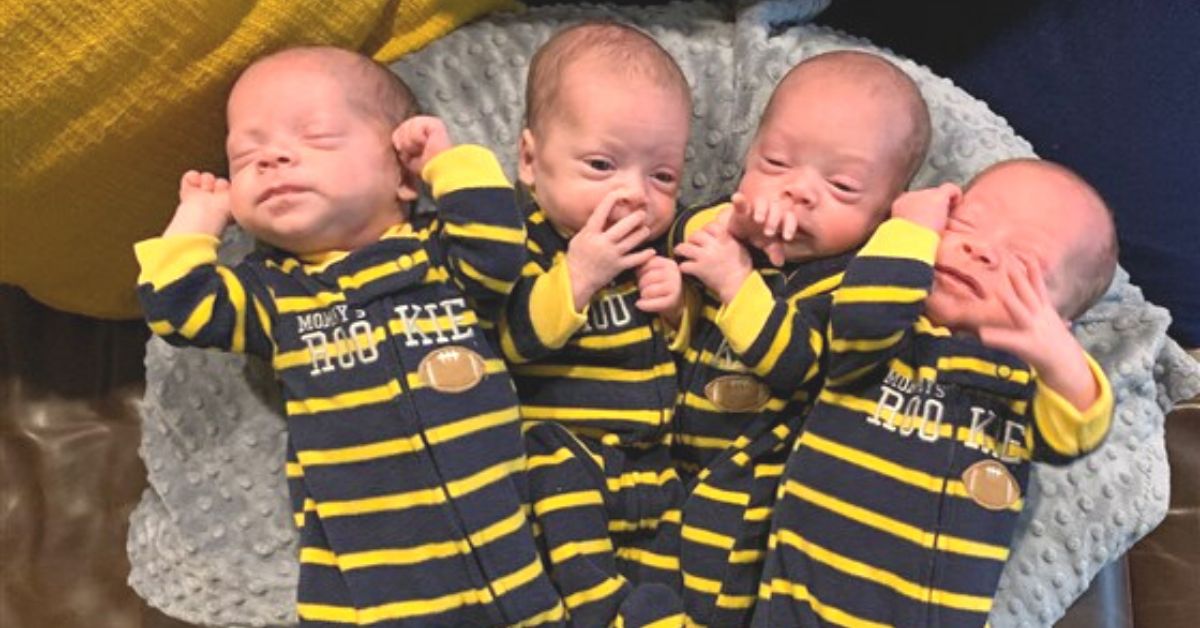 The COVID-19 pandemic has been nothing short of a tragedy, as more than 90,000 families have been forced to say goodbye to a loved one due to the virus since March, and that's just in the U.S. - and it's far from over.

Just as the nation was starting to wake up to the danger it faced, however, one young couple was making a huge addition to their family.

Jenny and Chris Marr of Texas can breathe a little easier right now - but only a little. 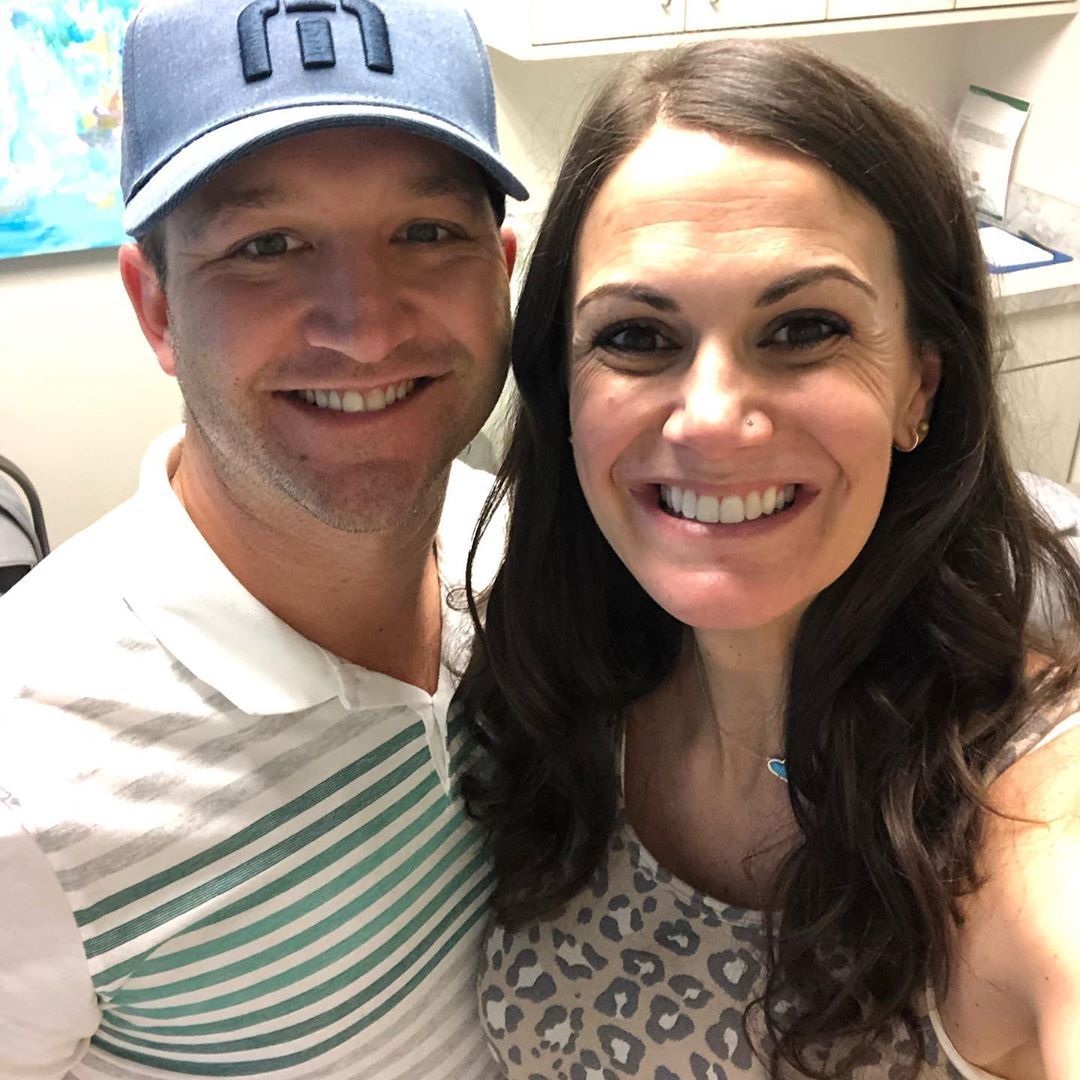 The new parents have been through the ringer ever since November 2019, when an ultrasound on the pregnant Jenny proved to be anything but routine. She said that she was worried that something was wrong with her pregnancy, but their technician said that no, nothing was the matter, except that she was going to have three babies, not just one.

They hadn't used any fertility drugs, and neither Jenny nor Chris even has a sibling, let alone a family history of multiple births. "We were just absolutely floored," Jenny told Today.

Their next appointment, this time with a maternal-fetal specialist, played out remarkably similarly to the previous check-up. 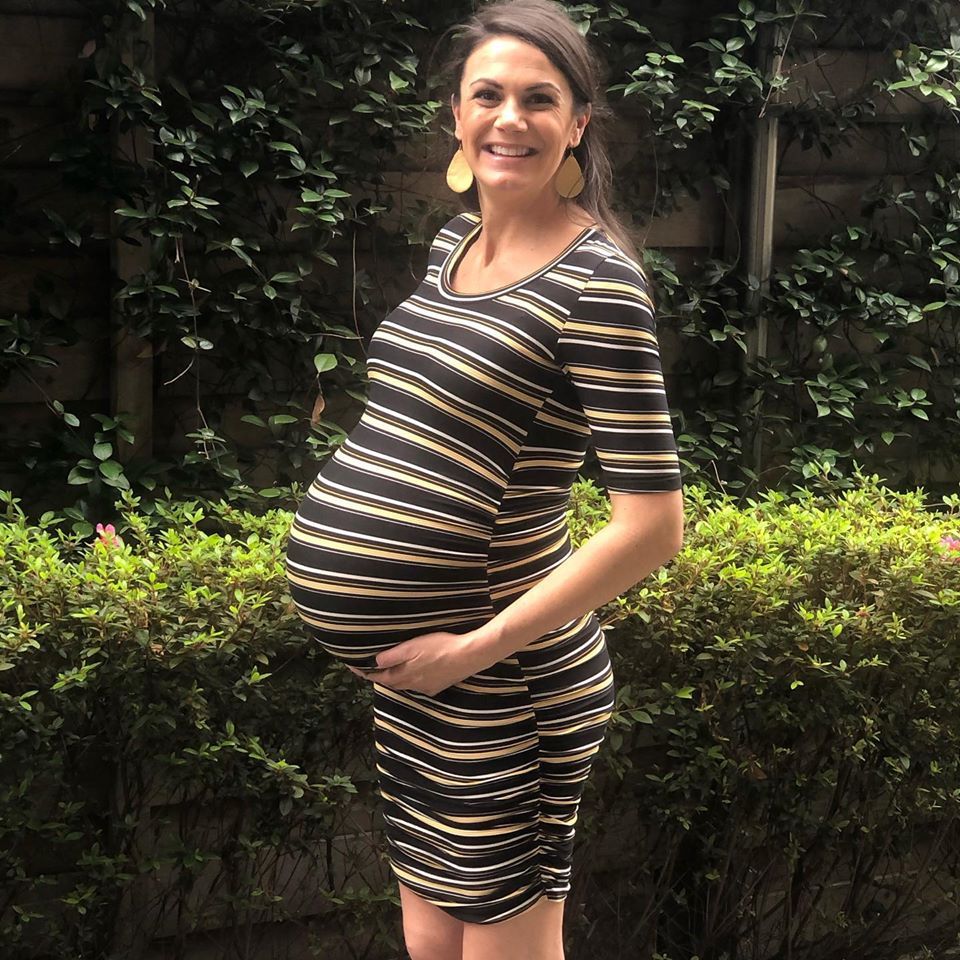 Once again, the technician gave Jenny and Chris a look that made them worried, and again it was nothing serious - except that, instead of three babies, they could expect four.

"I made the joke that I am not coming back because there are going to be five babies next time," Chris recalled. "We were just shocked. Jumping from three to four was easier to swallow. Just after that we heard they were healthy."

There are only 72 documented cases of identical quadruplets, but that's exactly what Jenny and Chris were expecting. 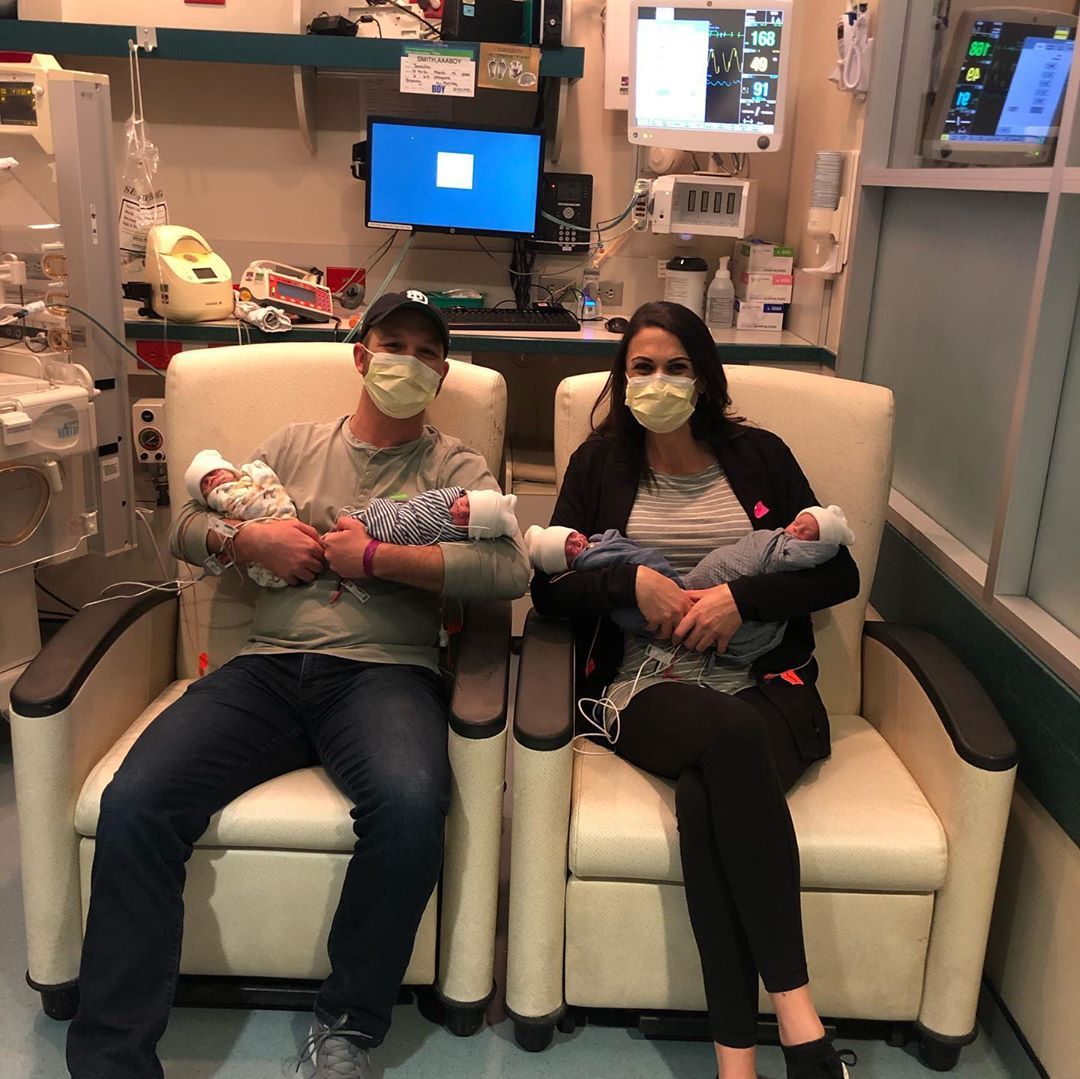 Estimates suggest that the odds of having spontaneous identical quadruplets is anywhere between 1 in 11 million and 1 in 15 million births.

There were two major hurdles for them to consider, however, and they only knew about one of them initially. 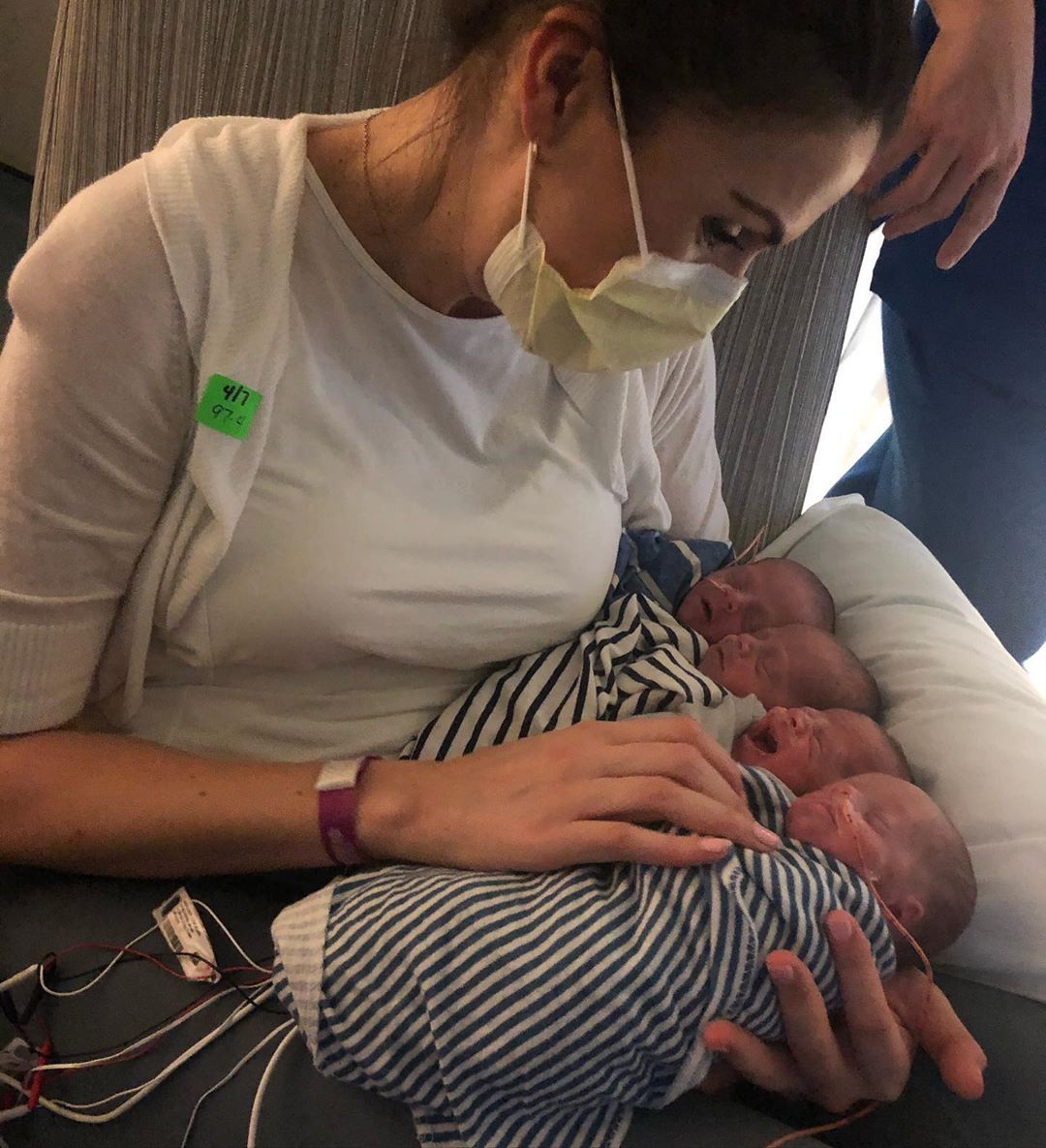 The four fetuses all shared one placenta, meaning that they didn't each have their own source of nutrients. The danger would be if one of the fetuses hogged all the nourishment, causing one or more to develop more slowly, or not at all.

However, the fetuses shared well in the womb and developed well until the 28-week mark. Jenny went into labor on March 15, right as the COVID-19 pandemic was starting to rock the nation.

Jenny gave birth via C-section and all four boys entered the world in a matter of minutes. 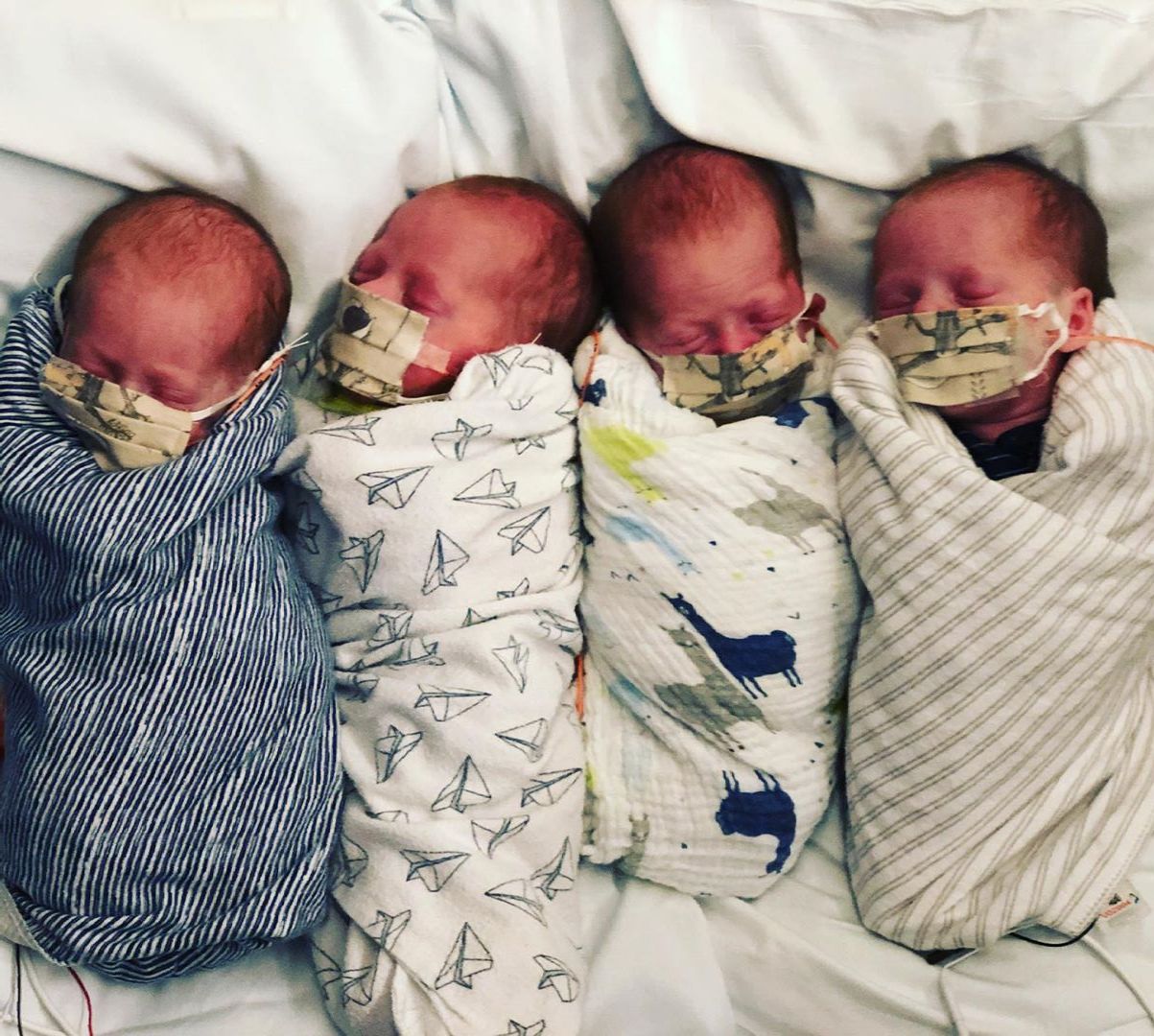 Three of them needed oxygen, however, and all four stayed in the NICU for about 10 weeks. However, they're all healthy and home now, and the Marrs are starting to adjust to their new, suddenly expanded life.

The family dog, Zeke, seems to have adapted well to the new arrivals, too. 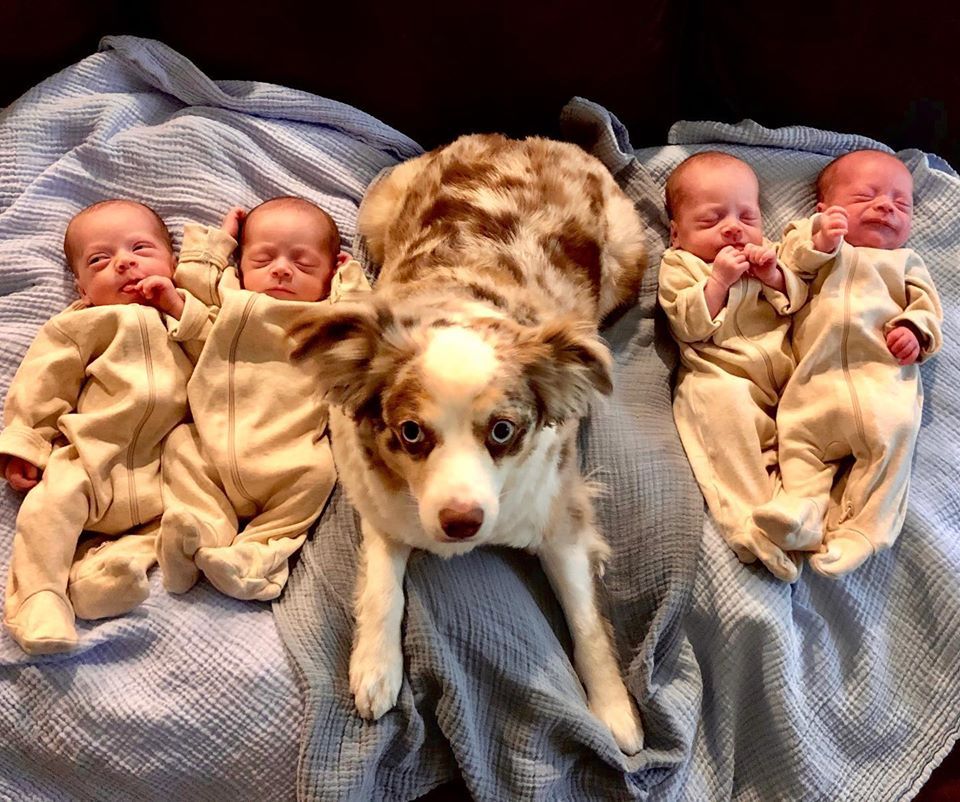 Although Jenny admits she did promise him that she wouldn't be bringing any more babies home. She also admitted that she and Chris do occasionally have trouble telling their sons apart.

"They’re identical," she said. "I thought I had one baby and Chris was like, ‘No, that’s Harrison.’ Or that’s Henry. I don’t even really remember. And so they each have a little hemangioma. It’s like a little blood vessel birthmark. It’s temporary and so we hope it lasts until they can remember their names for us."

While the pandemic certainly made things interesting for the Marr family, it could have been much worse. 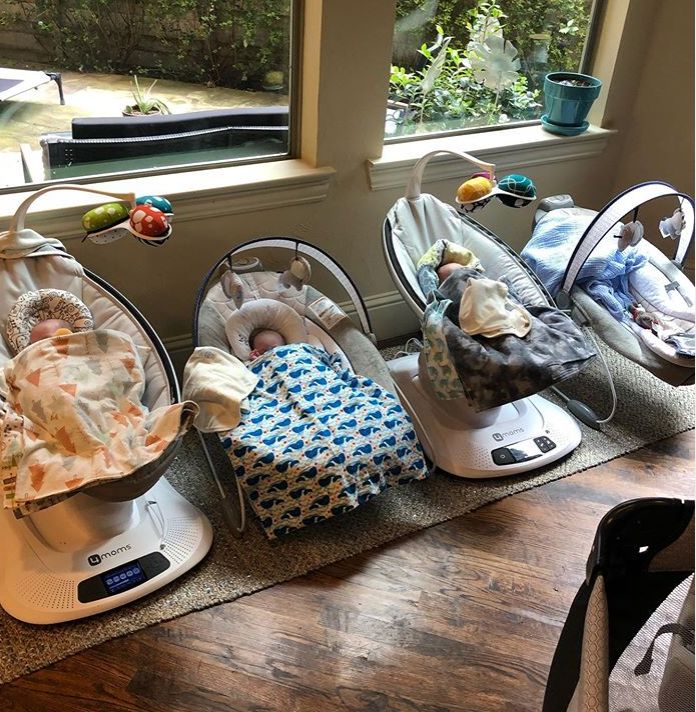 And for that, Jenny credits the care they received at the hospital.

"Having babies during a global pandemic has been quite the experience," she wrote on Facebook. "Everyone at Texas Health Presbyterian Dallas made us and our babies too priority for care and safety. I only hope that one day I can hug each of them and say thank you. Thank you for getting our sweet preemie babies into the world safely, for believing in them that they could exceed all expectations of such preterm babies.

"We never heard bad news, we never really had to worry, we welcomed into the world 4 healthy incredible babies. And now after just under 2 months they are all home."