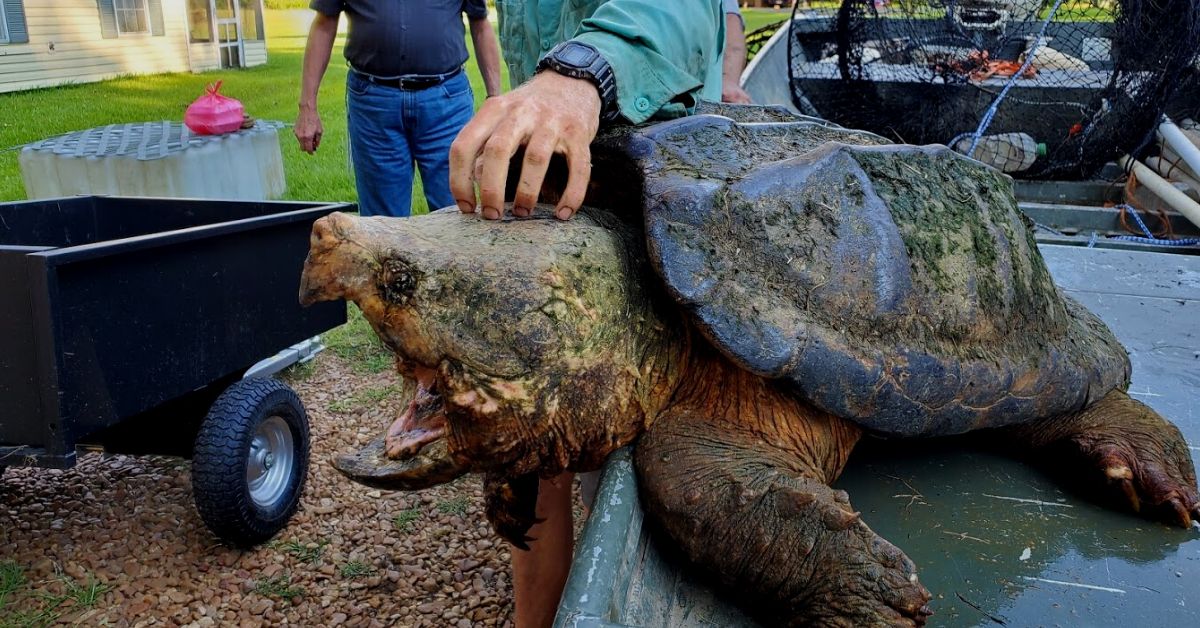 A Mississippi turtle rescue recently saved an especially prehistoric-looking reptile from a lake that was being drained, and people online simply can't believe how big this guy is.

According to WTVY, Central MS Turtle Rescue recently shared some snapshots of the impressive alligator snapping turtle, which they say weighs 124 lbs and has appropriately been named "Mr. T."

Last week, the team posted that they would be rescuing possibly dozens of alligator snapping turtles from a lake that was being drained in Jackson. 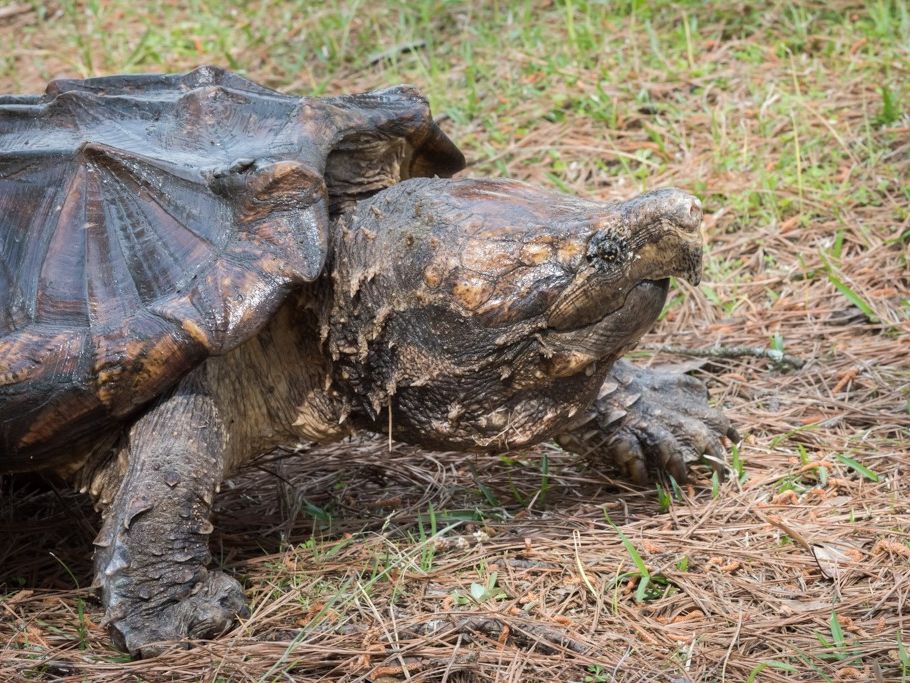 "These turtles were introduced to this lake decades ago by an individual and did not end up there naturally," the rescue explained on Facebook. "When the lake gets drained, there is nowhere for these turtles to go except into the yards and/or swimming pools of neighboring residents or into the surrounding roads to be run over." 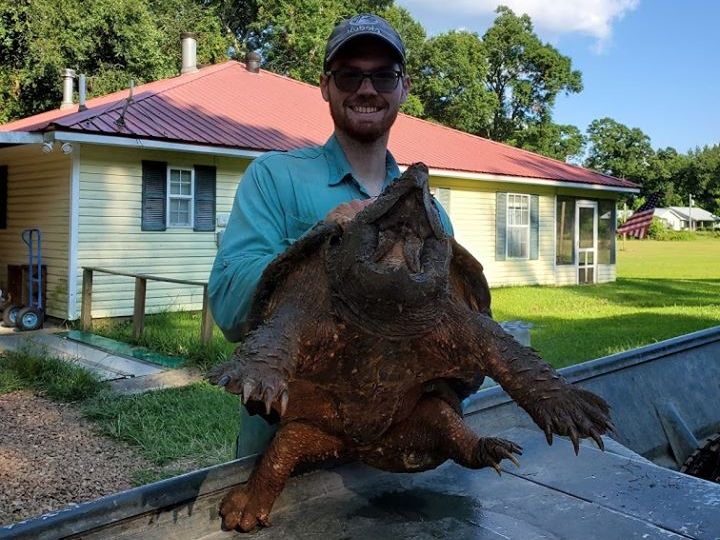 While the rest of the turtles weighed in at around 30 pounds or so, Mr. T, as this beast has been dubbed, weighed an incredible 124 pounds.

Just look at that picture and tell me he doesn't look like something you'd see roaming around in Jurassic Park. Absolutely massive!

If you're like me and this is your first time hearing about alligator snapping turtles, you might be interested in knowing a bit more about them. 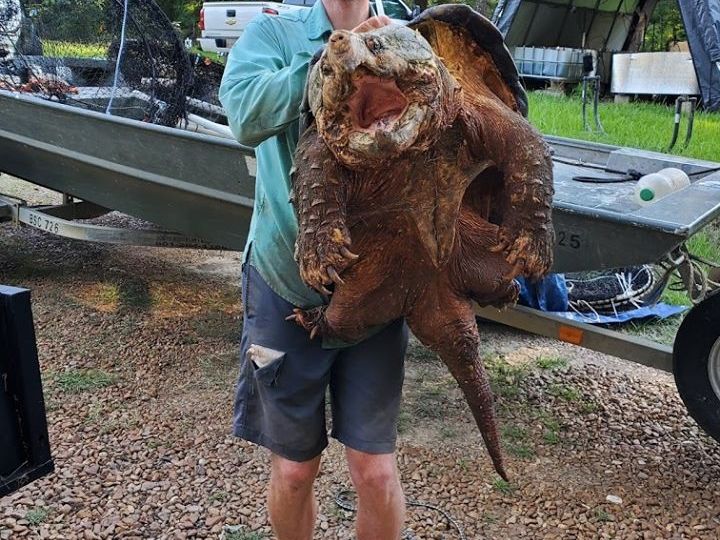 These primitive-looking reptiles are the largest species of freshwater turtles, and can weigh up to 175 pounds. They typically spend most of their time in the water but will usually venture inland to nest with females. They're known for their spiky shells, and incredibly powerful jaws, with a bite force of 1,000 pounds.

While not considered endangered, alligator snapping turtle numbers are currently on the decline due to habitat degradation and over-harvesting for their meat.

All of the turtles who have been and will be rescued from the lake will kept at the rescue until permanent placement can be found for them. 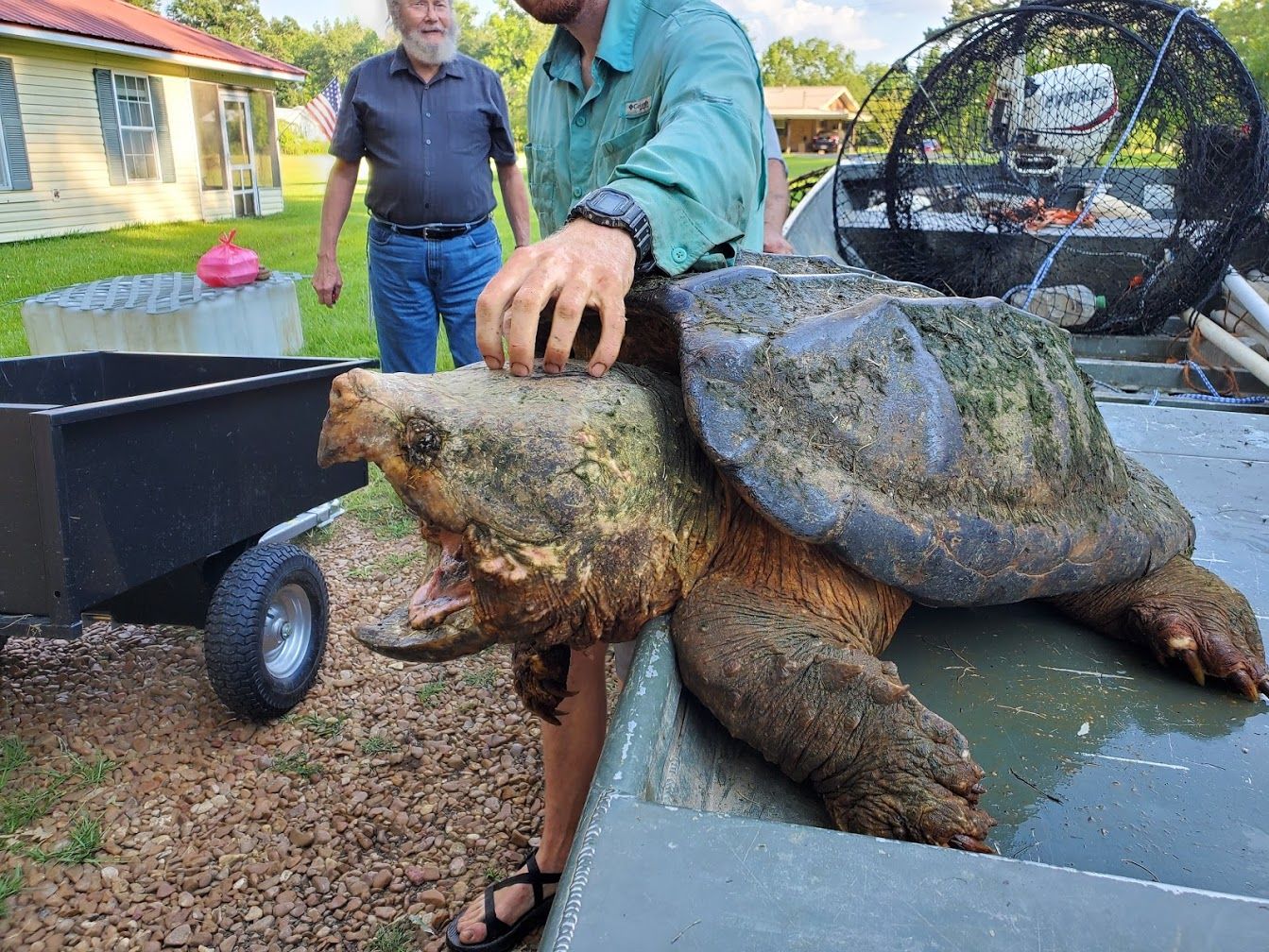 For now, Central MS is taking a little break before continuing their rescue efforts. The first batch of turtles, which includes Mr. T, will undergo DNA testing to determine their location of origin with the hopes of eventually being released back into the wild.