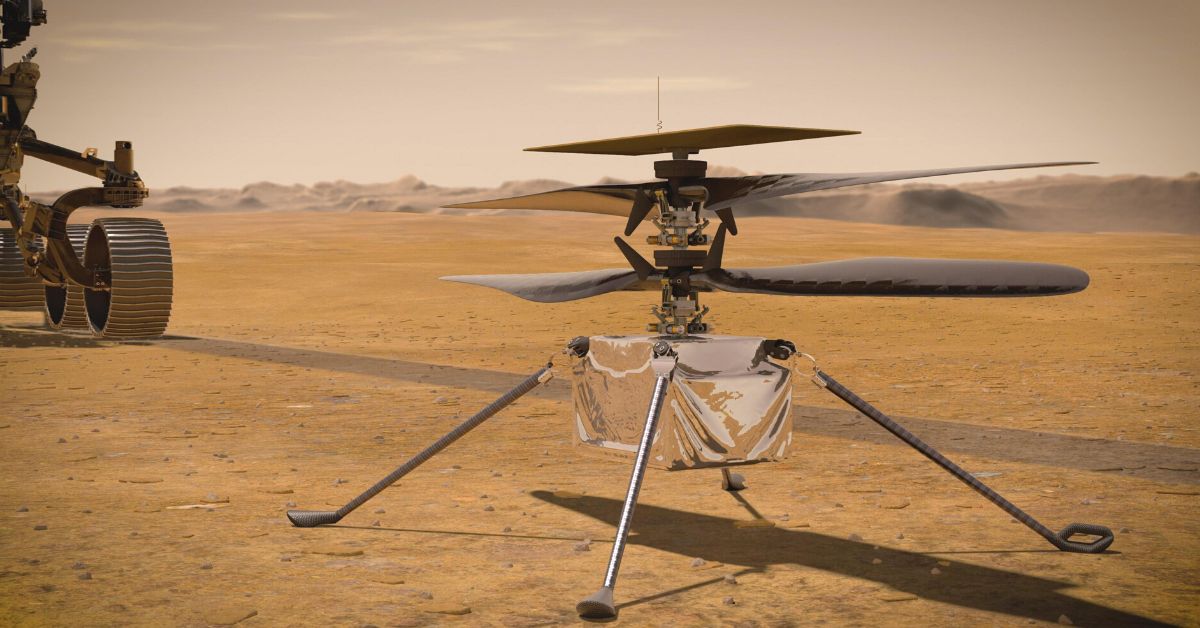 It's been over 20 years since NASA first landed the Pathfinder mission and Sojourner rover on the surface of Mars, a massive achievement that has changed the way we view our solar system and greatly expanded our understanding of a long, long list of things.

In all, NASA has managed to land successfully on Mars eight times - the Viking 1 and 2 missions, Pathfinder, Spirit, Opportunity, Phoenix, Curiosity, and InSight. While that might make it seem like success on Mars may get stale, it's still a huge deal to land anything successfully on a moving target that's more than 33 million miles away at its closest point.

And all that success hasn't blunted NASA's ambitions, either. With a ninth landing planned for 2021, the latest mission includes a rather unexpected element that, if it works, would be yet another first for NASA: flying a helicopter on Mars. 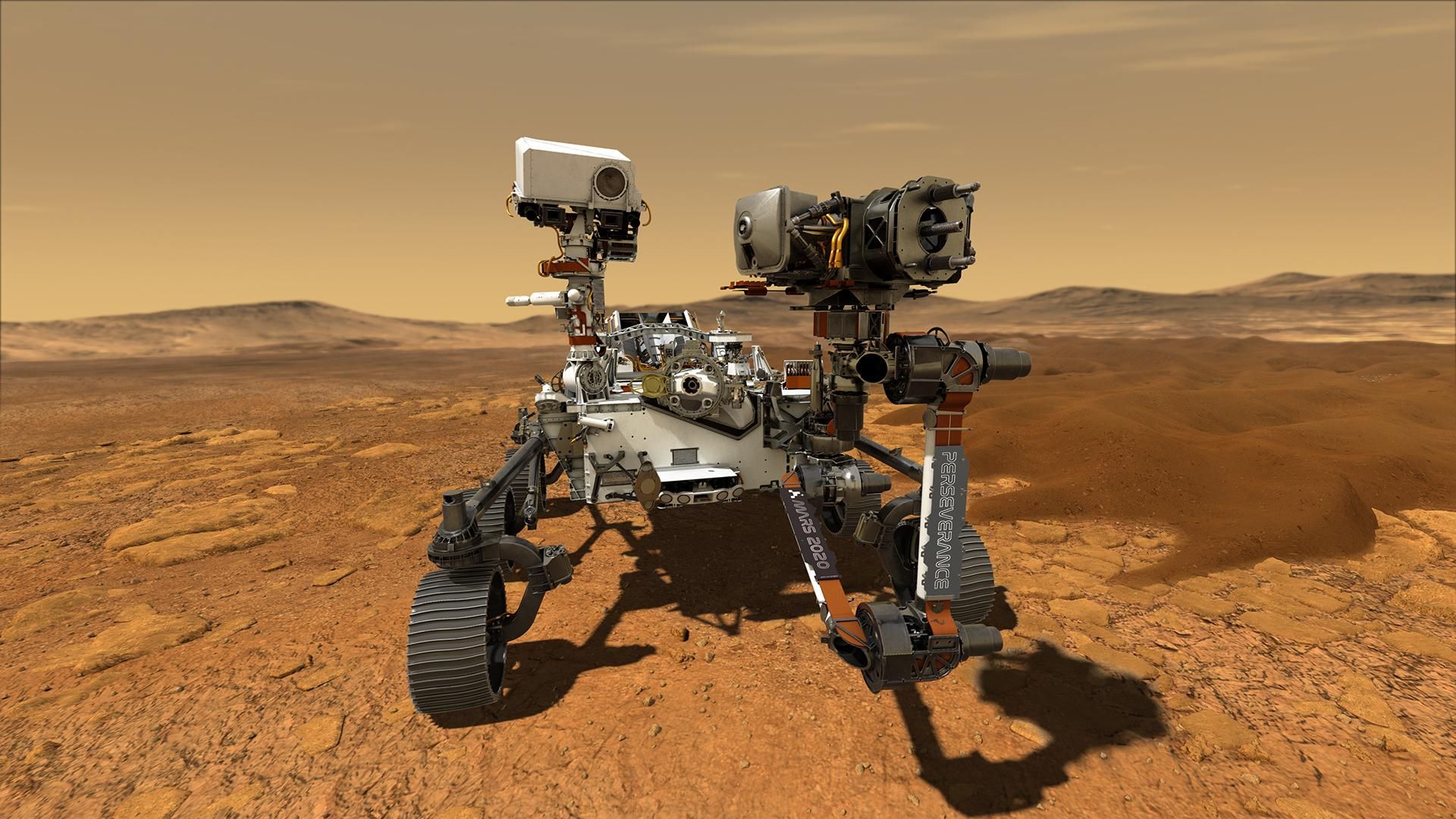 Building off the previous missions, Perseverance also builds up as well, by far the largest and heaviest of the rovers. That's because it's packed with the latest equipment and designed to focus on answering the one big question we've all been asking: "Are there potential signs of past microbial life, or biosignatures on Mars?"

Part of its mission includes the unprecedented goal of taking geological samples that will later be returned to Earth to be examined with instruments that are too big to send to Mars.

But yes, NASA also wants to fly a helicopter on Mars.

Successfully getting a helicopter to take off in Mars's thin atmosphere would be a huge achievement on its own. "It really is like the Wright brothers' moment," project manager MiMi Aung told CBS News.

The helicopter, named Ingenuity, is hitching along with the Perseverance rover and is specially designed for the task of flying on Mars just to see if it can be done.

Ingenuity won't carry any scientific instruments - it's just a matter of seeing if it can be done, and if so, how well. 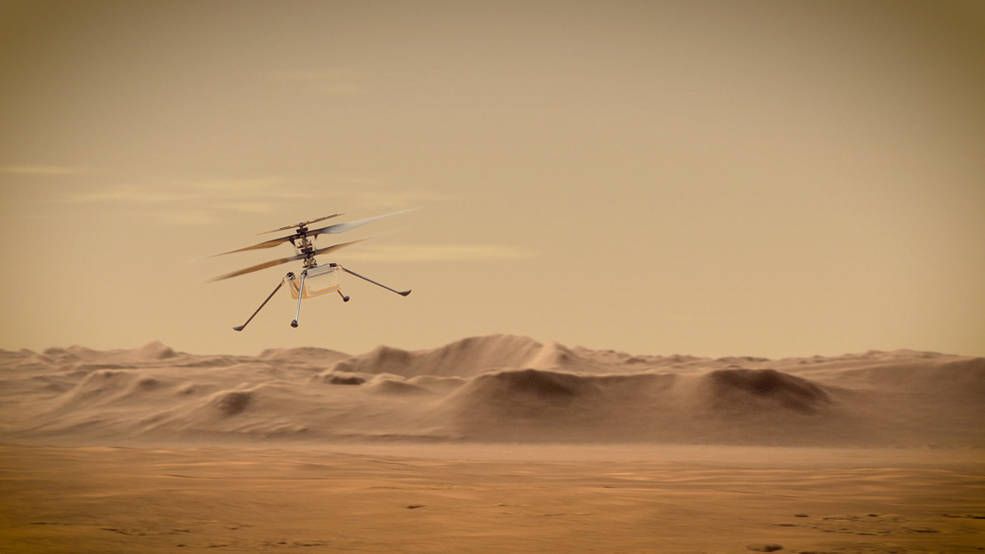 Ingenuity will use two sets of carbon-fiber rotors spinning in opposite directions at a super high rate of about 2,400 rpms. For reference, the rotors on an average helicopter here on Earth spin at about 500 rpms.

The hope is that that will provide enough lift to get it off the surface of a planet with an atmosphere 99% less dense than Earth's.

The atmosphere isn't the only obstacle to flying on Mars, however. 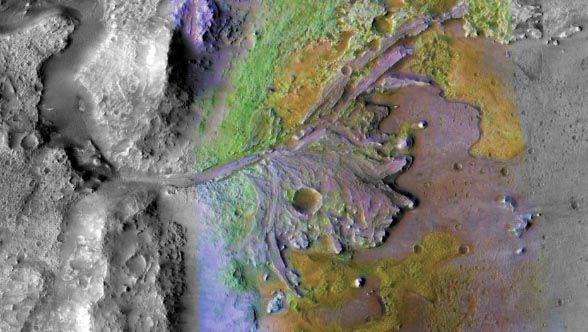 There's also a matter of temperatures. At the landing site of Jezero crater, chosen for Perseverance to have a good shot at finding signs of life, nighttime temperatures can go as low as -130 F (-90 C), which is obviously going to strain mechanical components.

Ingenuity has been tested at such low temps on Earth, but what will actually happen when it's on Mars is anybody's guess.

The incredible distance is also a hurdle. 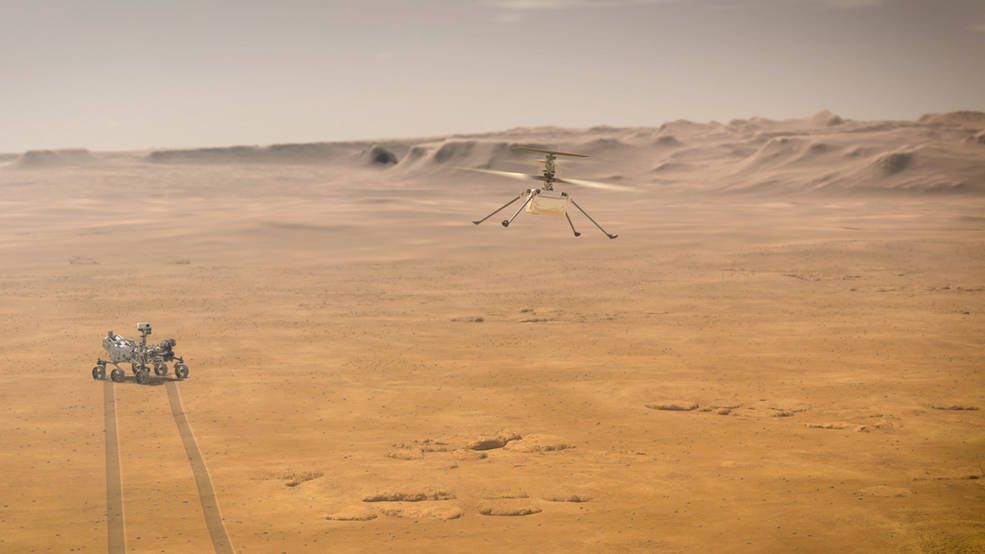 Communications signals between Mars and Earth do travel at the speed of light, but that's still up to 22 minutes of travel time, so there won't be a person on Earth controlling Ingenuity with a joystick.

A series of commands has to be sent well ahead of time, and Ingenuity has been equipped to make some choices on its own as well, especially with matters like keeping itself warm at night and deploying its solar panel to charge.

NASA has set what seem like some fairly modest goals for Ingenuity's success, too.

They're not really asking it to do much more than what it has already accomplished in special simulated environments on Earth. The idea is for Ingenuity to make it to an altitude of about 10 feet at first, and cover a distance of about six feet, and increasingly push those distances bit by bit.

If indeed Ingenuity can fly, it bodes well for future missions to scout the Martian terrain. "We'll be learning all along the way, and it will be the ultimate reward for our team to be able to add another dimension to the way we explore other worlds in the future," Aung said in a press release.

Perseverance and Ingenuity are scheduled to touch down on Mars on February 18, 2021.