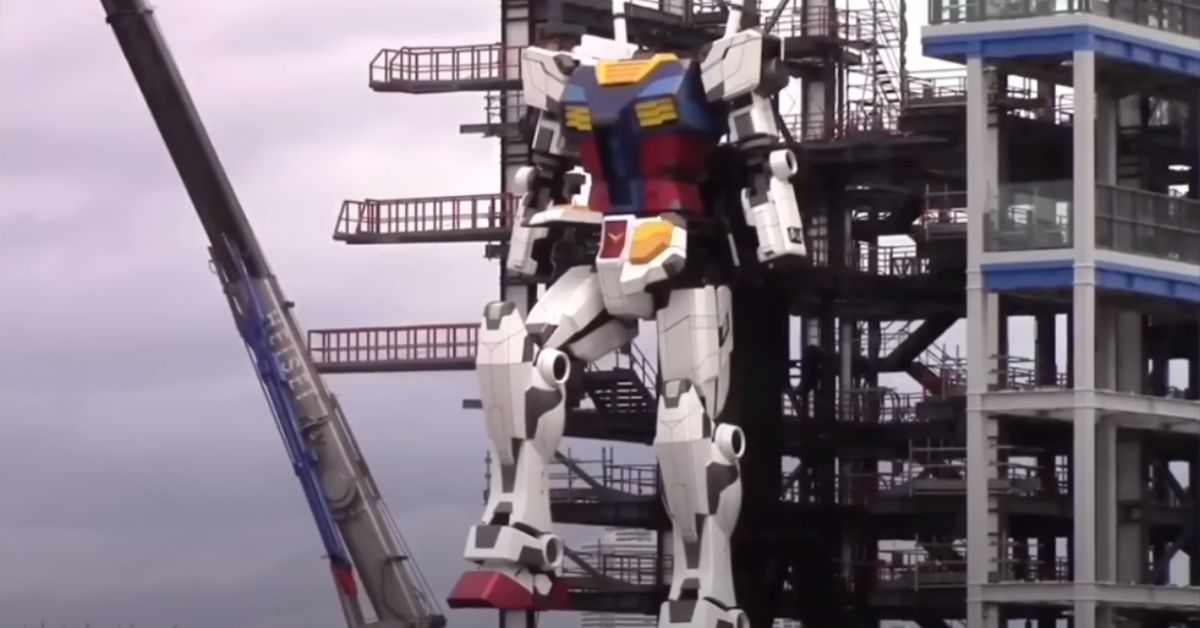 The idea of hulking mechanical humanoids goes back decades, and they've long held a special place in Japanese science fiction in particular. In the Western world, we might have been introduced to mecha by cartoons like Robotech (or the Macross Saga, if you prefer) or Voltron. More recently, you might think of Pacific Rim, perhaps.

One of the more venerated mecha in the world, however, is the Gundam, which dates back to the early '80s. Now, almost 40 years later, an intrepid team of engineers is trying to build a real, 60-foot-tall working Gundam, and it's looking shockingly promising.

For anyone who dreamed of one day seeing a real-life mecha, that day is almost here.

The team at Gundam Factory Yokohama has been hard at work despite the COVID-19 pandemic, bringing their mecha dream to life, and making incredible progress.

The Gundam project is aiming to debut its epic creation in October 2020, but for those who just can't wait to catch a glimpse, videos showing the Gundam undergoing some testing have surfaced on YouTube.

As the videos show, work on the project appears to be coming together nicely. 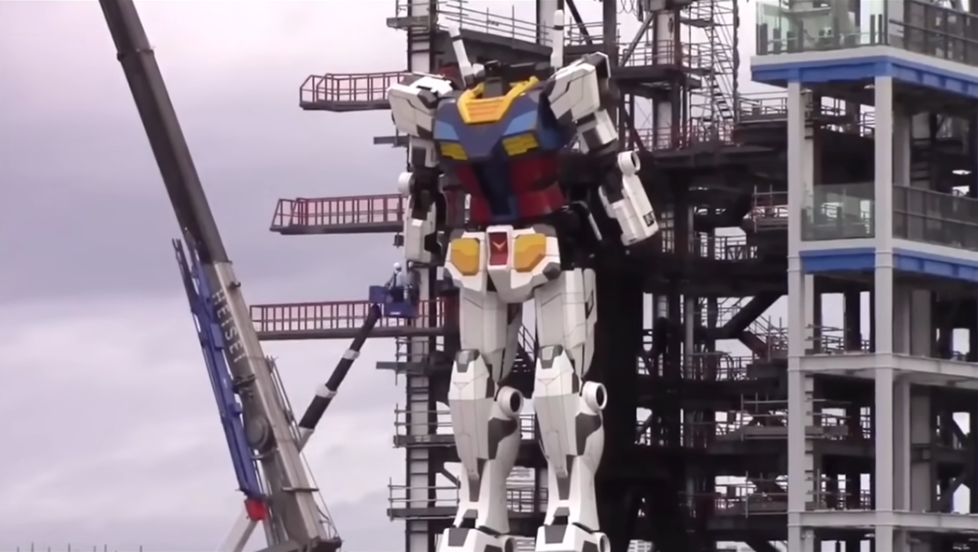 One of the videos, uploaded on July 5, shows a couple of engineers up in a cherry-picker's bucket overseeing a few routine maneuvers as the Gundam bows, raises and lowers a couple of ports that look like pockets.

It also moves its knee and ankle joints as it tests out its ability to walk.

That's just a hint of what's in store. 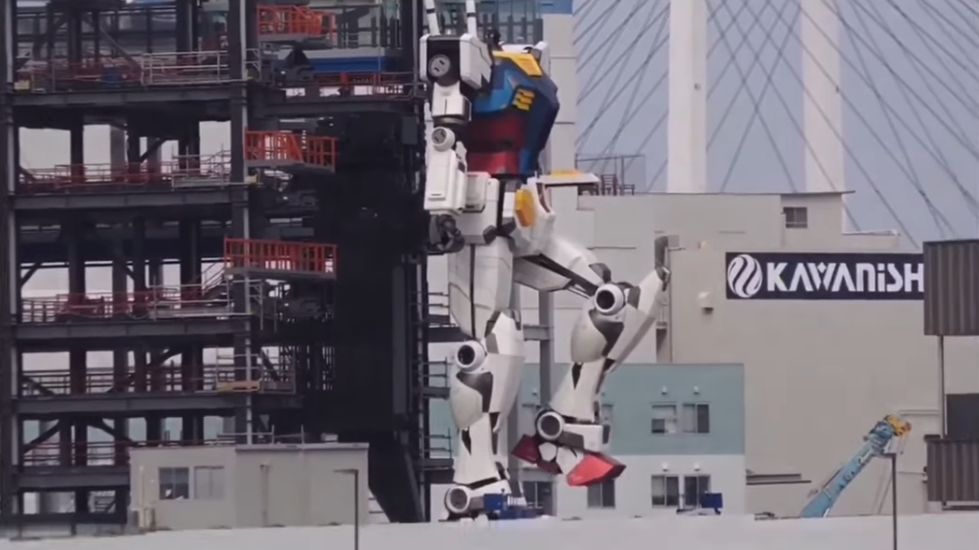 When it's finished, the Gundam should have 24 degrees of freedom, Popular Mechanics reported. It's a huge project, however. The final product will weigh in at a staggering 24 tons.

If not for some wise engineering, the Gundam could have weighed even more. As Popular Mechanics reported, just one hand, from fingertip to wrist attachment, is about 6.5 feet in length. With all the motors and servos inside of it, just one hand could have weighed up to 1,300 pounds had special consideration not been made regarding lightweight materials.

Although the pandemic hasn't slowed work on the Gundam as much as expected, the project has still felt the impact. 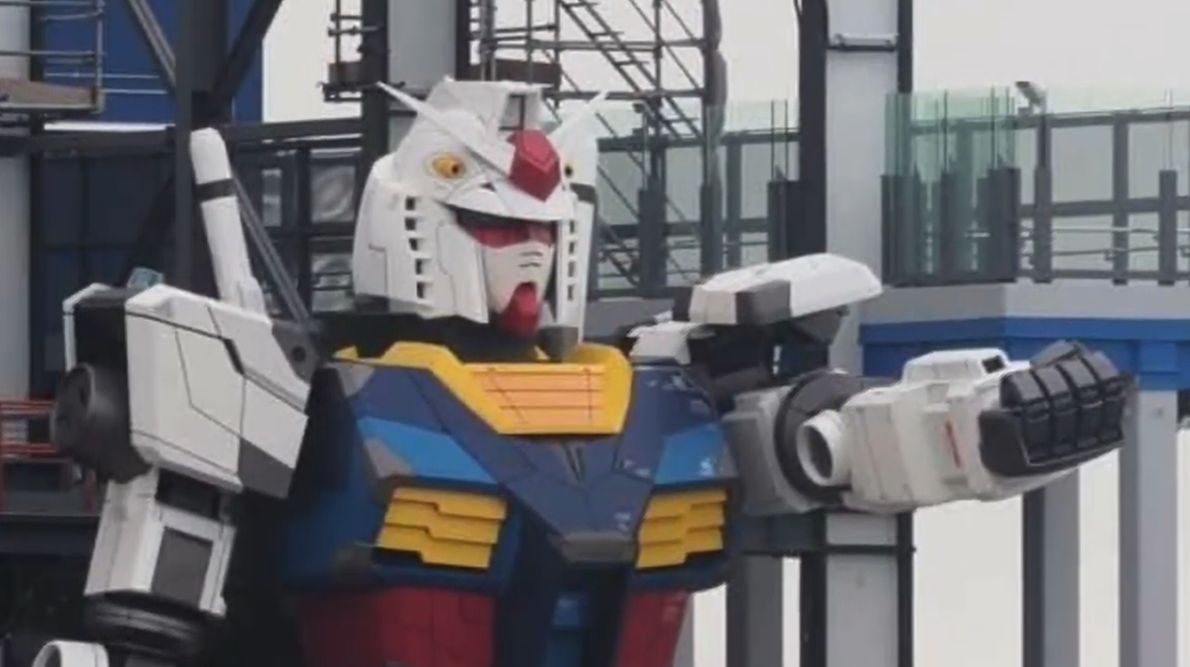 A special preview had been scheduled for July, but it had to be canceled. It's also unclear if a crowd will be able to gather to show off the Gundam once it's done in October, which would be a shame for such a momentous event.

Nevertheless, once it's done, the Gundam will be hard to miss.

It's a 60-foot-tall robot, after all. The Gundam is expected to stroll the port grounds at Yokohama for at least a year as well, so there will be ample opportunity to check it out - at least on YouTube, if nothing else.