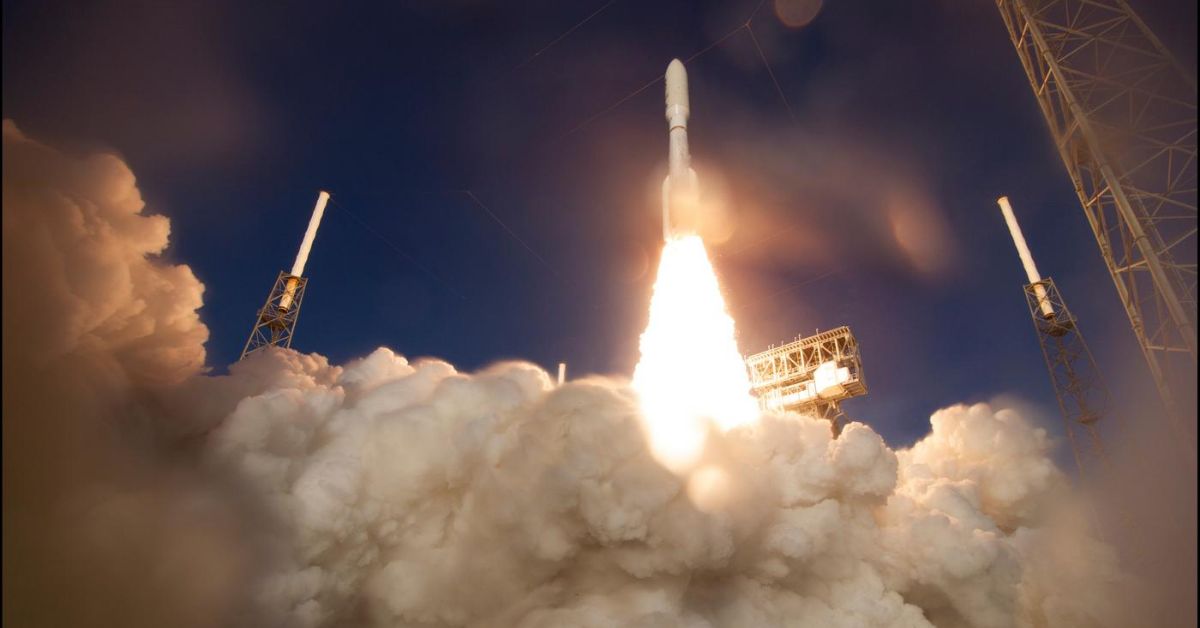 NASA Successfully Launches Its Latest Rover On Mission To Mars

Success breeds success, and NASA's ambitions on Mars have only increased as its rover missions have provided more and more information about the red planet. But, despite eight successful landings on Mars so far, going there is still a massive undertaking. Even the opportunity to go there only comes around every 26 months, when both Earth and Mars are on the same side of the sun and relatively close to each other.

So plans to head to Mars have not been derailed despite a global pandemic, with three nations launching missions headed there. NASA's latest launch marks the last of those missions to get underway, and it's a big one.

With the launch of the Atlas V rocket from Cape Canaveral, the mission is officially on its way.

The spacecraft lifted off at 7:50 am ET, setting into motion a mission years in the making.

Over the next seven months, the Perseverance rover and Ingenuity helicopter will travel more than 300 million miles, and they're scheduled to touch down on Mars on February 18, 2021.

Perseverance is the largest, most sophisticated rover sent to Mars so far.

The first, Sojourner, rolled off its base and onto the surface of Mars in 1997, and was about the same size as a microwave oven. It was, in many ways, the little rover that could, outlasting its designed lifespan by about 12 times and sending back a slew of information and images the likes of which we had never seen before.

NASA has continued building off of Sojourner's success with the Spirit, Opportunity, and Curiosity rovers. Now Perseverance joins the ranks, and the fifth rover is the size of a car. It's also the heaviest rover, besting Curiosity by 278 pounds.

Perseverance has a huge mission to undertake: searching for signs of ancient life.

For that purpose, the rover features an impressive array of seven instruments, including spectrometers, high-resolution imaging, and ground-penetrating radar. The landing site of Jezero crater, which existed as a lake about 3.5 billion years ago, was chosen specifically as a prime spot to find evidence of ancient life.

Perseverance will also be tasked with taking soil core samples that will, via a series of different spacecraft, be returned to Earth around 2031.

There are also two intriguing experiments on board Perseverance.

One is Ingenuity, a helicopter. Considering that Mars's atmosphere is 99% less dense than Earth's, flying a helicopter on Mars should be a significant challenge. Ingenuity is equipped with a pair of rotors that spin in opposite directions at 2,400 rpm, which is much faster than the average Earth-based helicopter's rotors spin.

While it would be great to have a helicopter scout out Mars, Ingenuity is basically a tech demo. The helicopter has functioned properly in simulated environments on Earth, so it should work on Mars.

The other experiment holds great promise for future Mars missions as well.

The experiment, called MOXIE, is another tech demo that seeks to manufacture oxygen from Mars's atmospheric carbon dioxide. If the experiment is successful, it paves the way for future explorers to make their own oxygen to breathe, or to use as a propellant.

So, while the success of Perseverance's main mission will take more than a decade to determine, there are still plenty of developments to keep an eye out for.