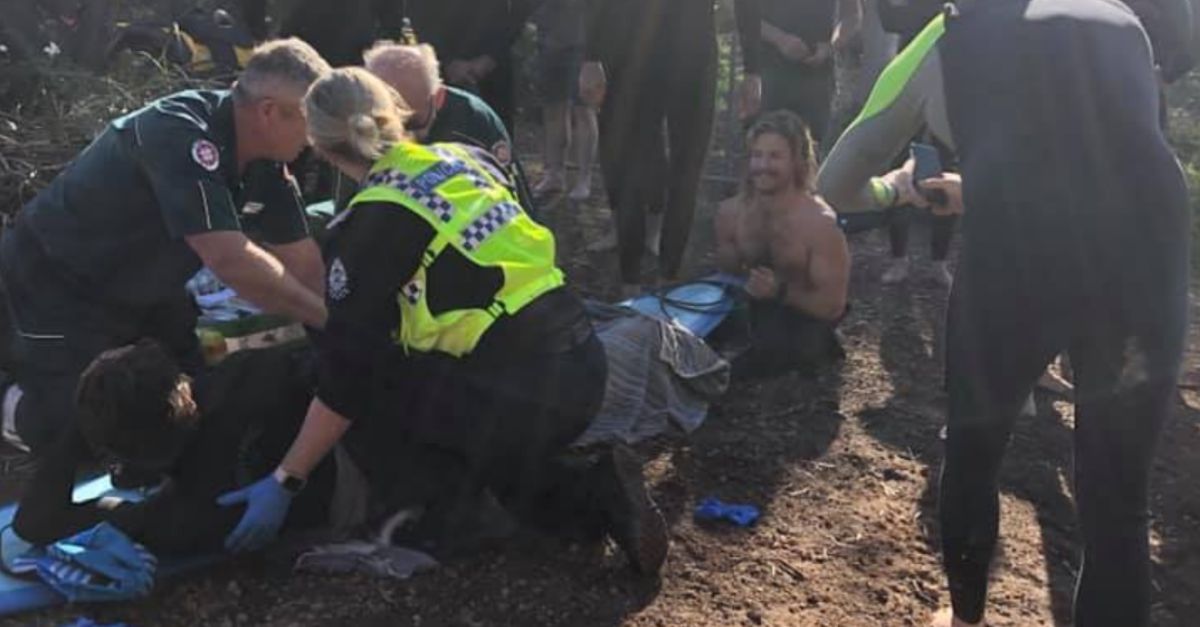 It's often been said that wild animals like wolves, bears, sharks, and snakes get an unfairly bad rap. Although all of these animals can be dangerous to encounter, it's not unusual for people to attribute their attacks to malice and that doesn't accurately describe why these attacks happen.

For many of the animals I outlined above, they may be inclined to attack if they feel we're threatening their territory or cornering them. However, as the nonprofit Oceana explained about sharks, it's often the case that they didn't mean to attack a human when that occurs.

Instead, they mistook it for their prey. Of course, while that confusion could be understandable, it doesn't make it any less harrowing when situations like the one that befell one Australian surfer arise.

On July 31, Phil Mummert was surfing at Bunker Bay off the coast of Western Australia. 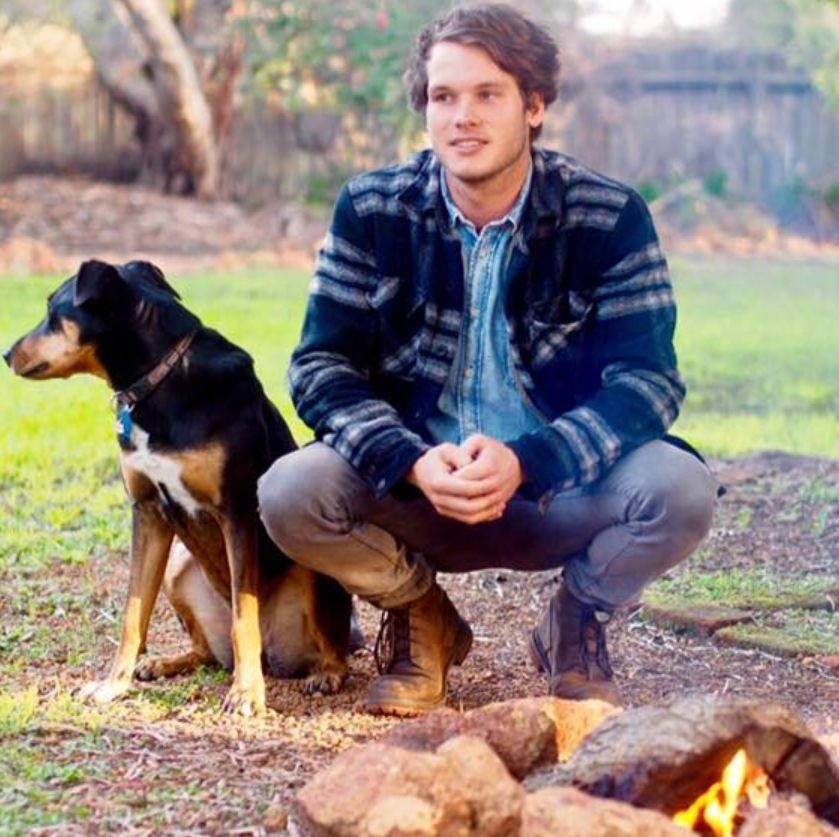 As 9News reported, he happened to be sitting on his board during an idle moment when someone yelled out that a shark was approaching.

However, a 16-foot great white shark had already jumped out of the water and slammed into Mummert, latching onto his upper leg. 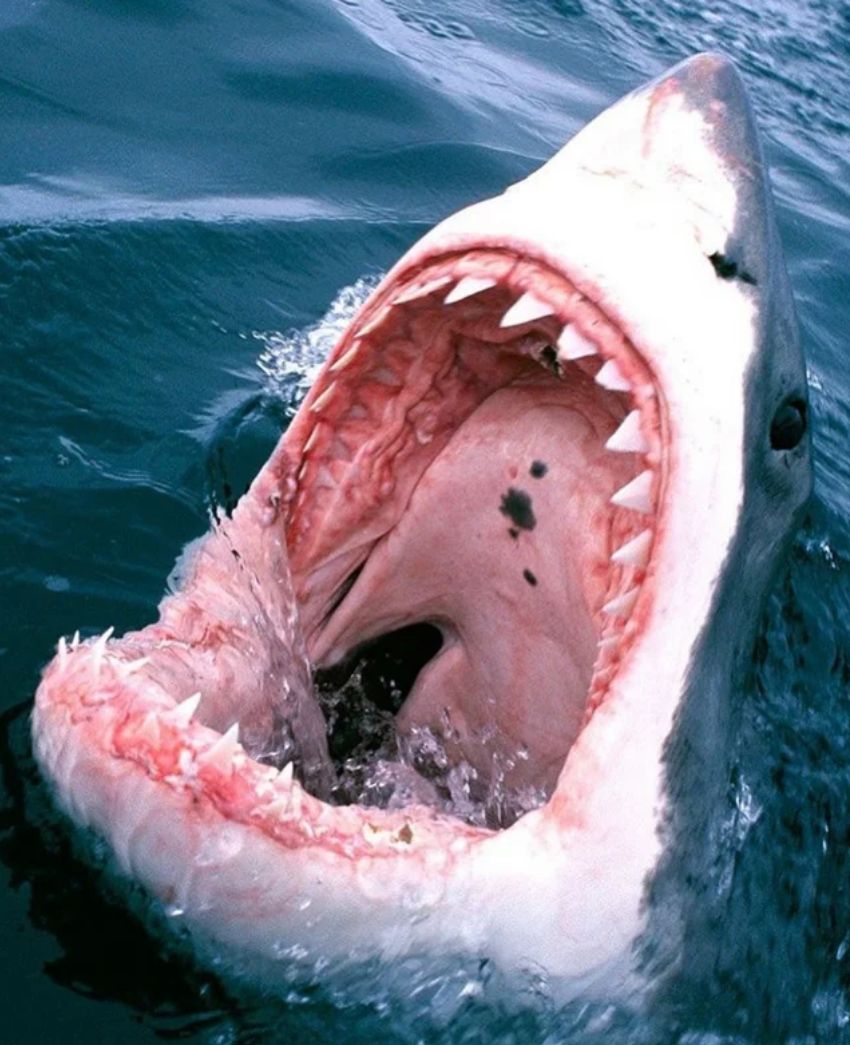 According to the Smithsonian, this behavior is called breaching and sharks often do it when they think they're zeroing in on prey that might otherwise be too fast for them.

Although this attack was both sudden and severely damaging, Mummert stayed both conscious and composed throughout the entire ordeal. 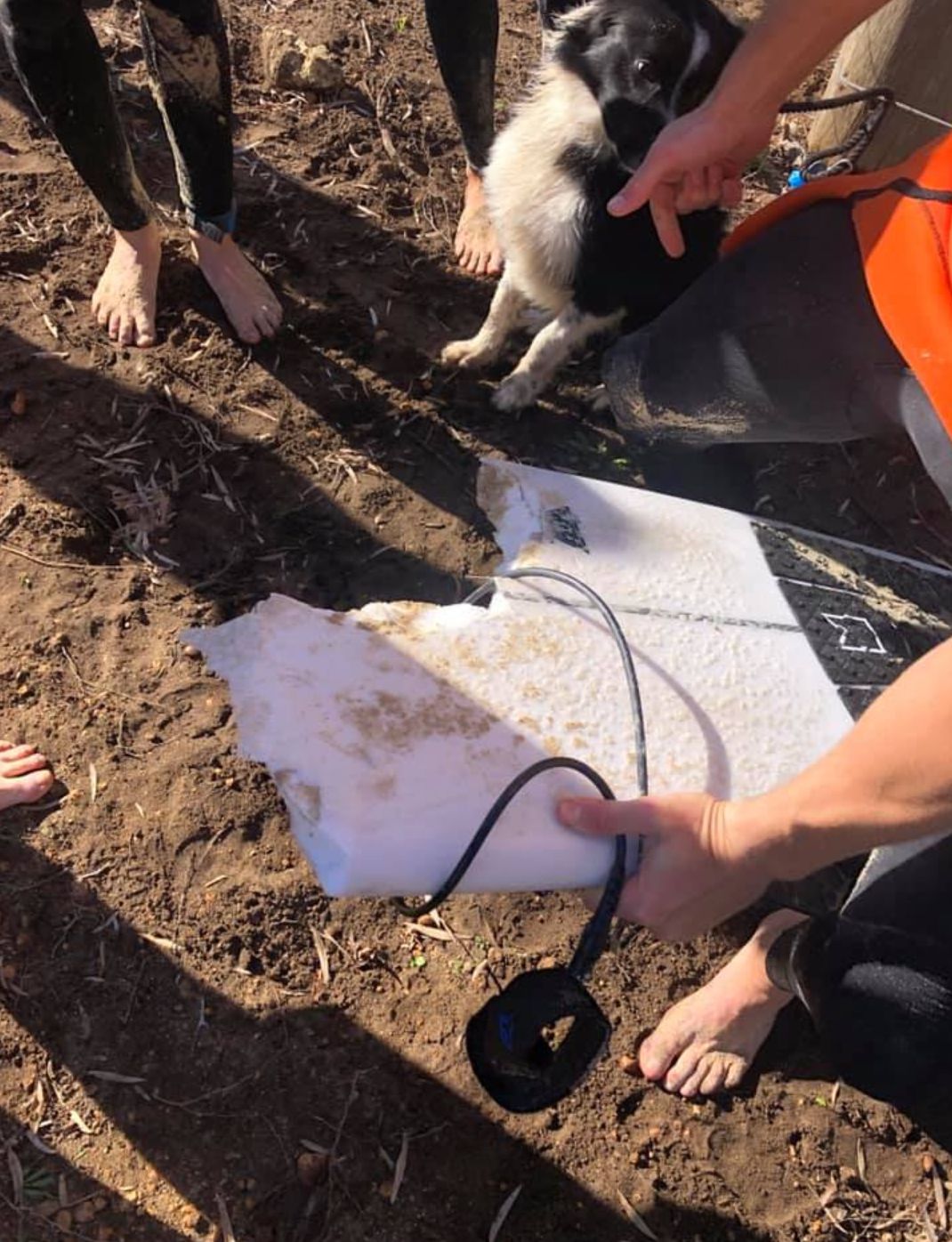 As a fellow surfer who came to his aid told 9News, "It just obliterated his board, it was just floating there like icicles."

Fortunately, this person was riding a particularly large, nine-foot board and was able to hoist Mummert aboard.

This rescuer and another surfer then called others over to them because — they said — it's better to group up in situations like this. 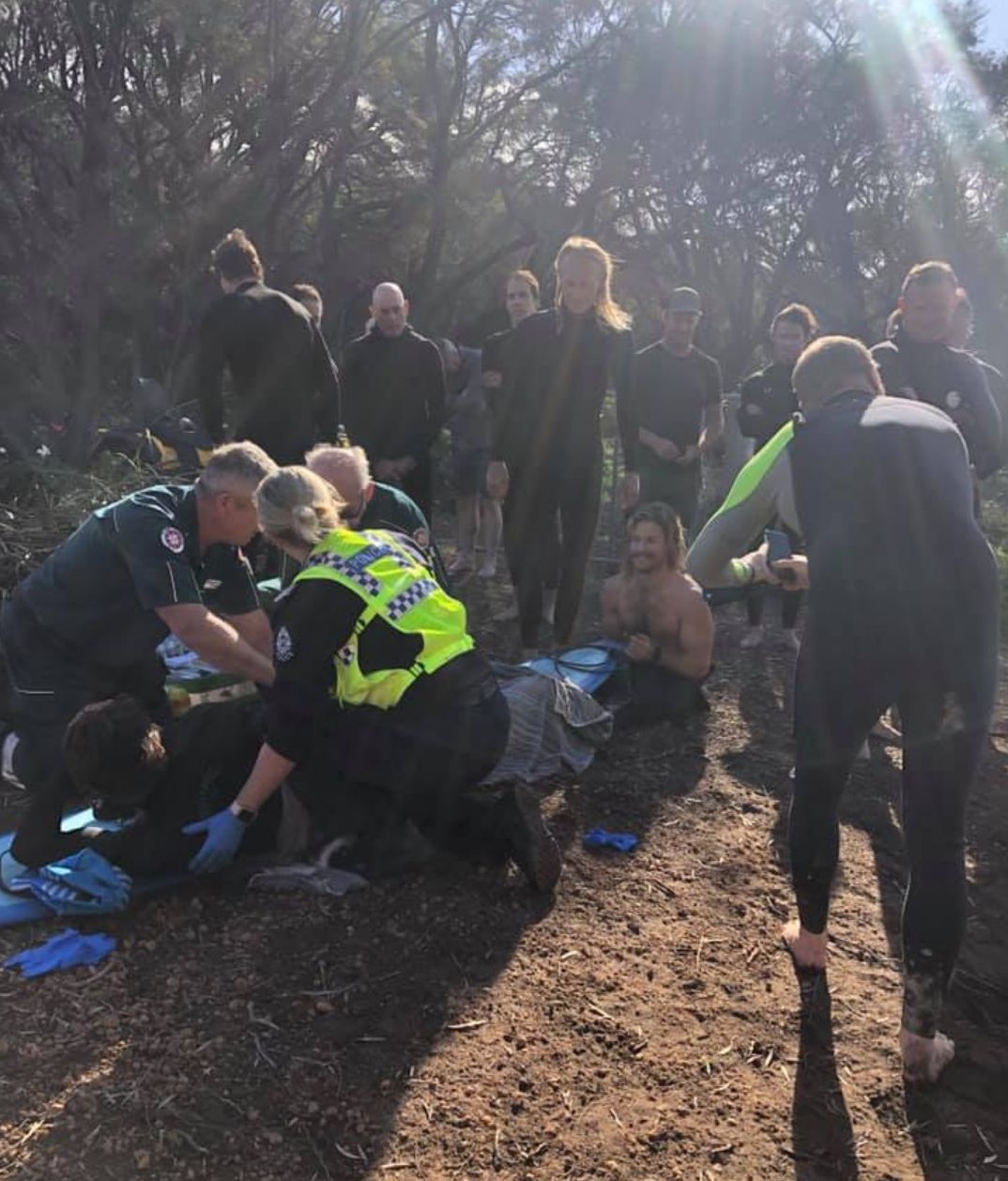 This moment particularly struck Mummert's partner Mish Wright, who wrote, "I honestly don’t know how a person can see a total stranger getting attacked by a 4m great white shark and swim TOWARDS to save him so we are beyond grateful to everyone that helped save Phil’s life."

One of Wright's photos depicted first responders treating Mummert at the scene, where his injuries were believed not to be life-threatening. 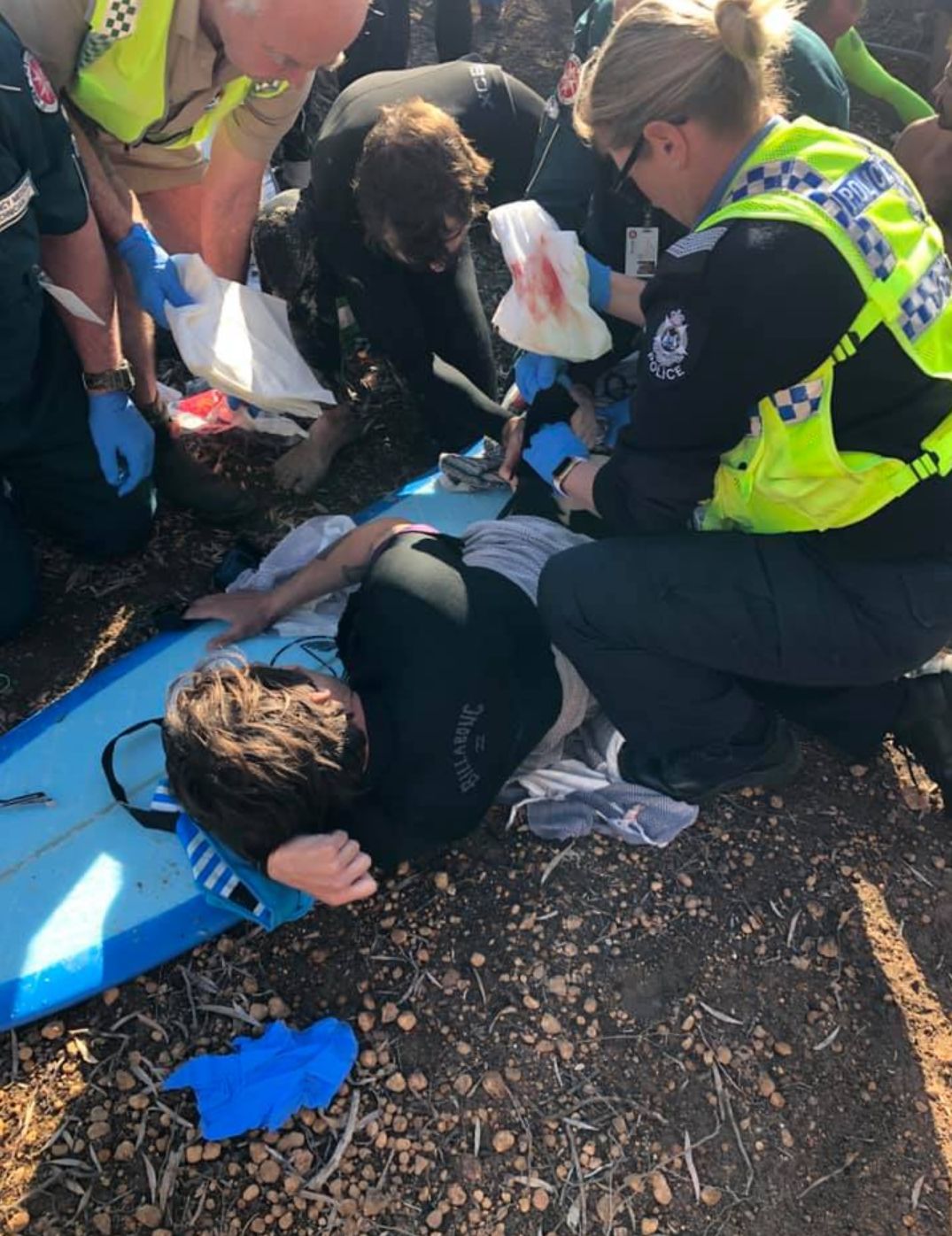 As the surfer who first reached Mummert said, "Just from there on trying to get him into shore and keep him out of shock... A couple of the gashes were 150mm long."

That's the equivalent of six inches.

Nonetheless, Mummert remained calm and thanked his rescuers before he was airlifted to a hospital in the coastal city of Bunbury. 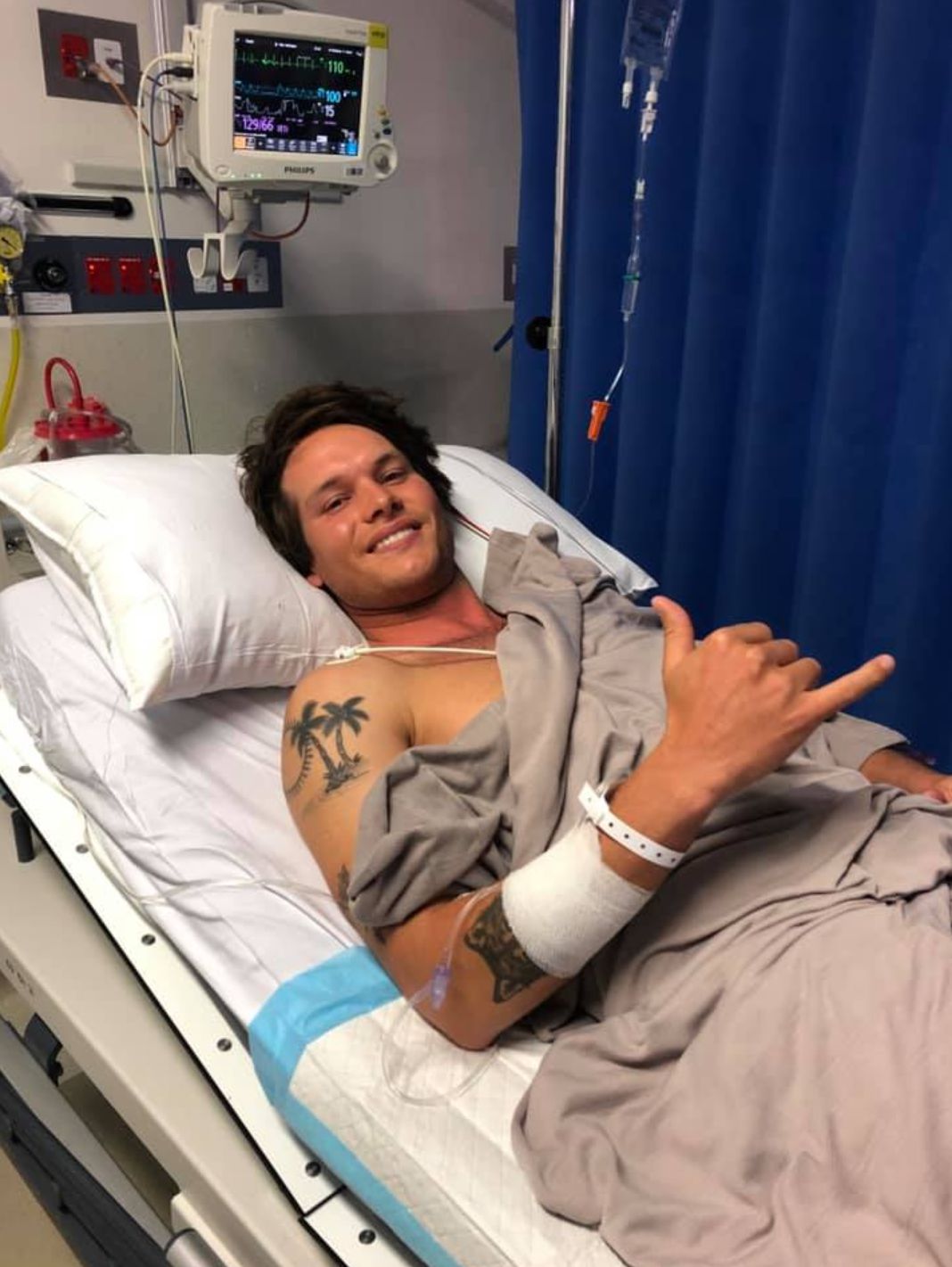 As Wright wrote in her Facebook post, "So lucky that Phil got away with his life and limbs and beyond lucky that we live in such a kind and caring community."

The beach has since been closed pending a patrol in search of the shark by Australia's Department of Fisheries. It's unknown how the shark's fate will be decided if found at the time of this writing.