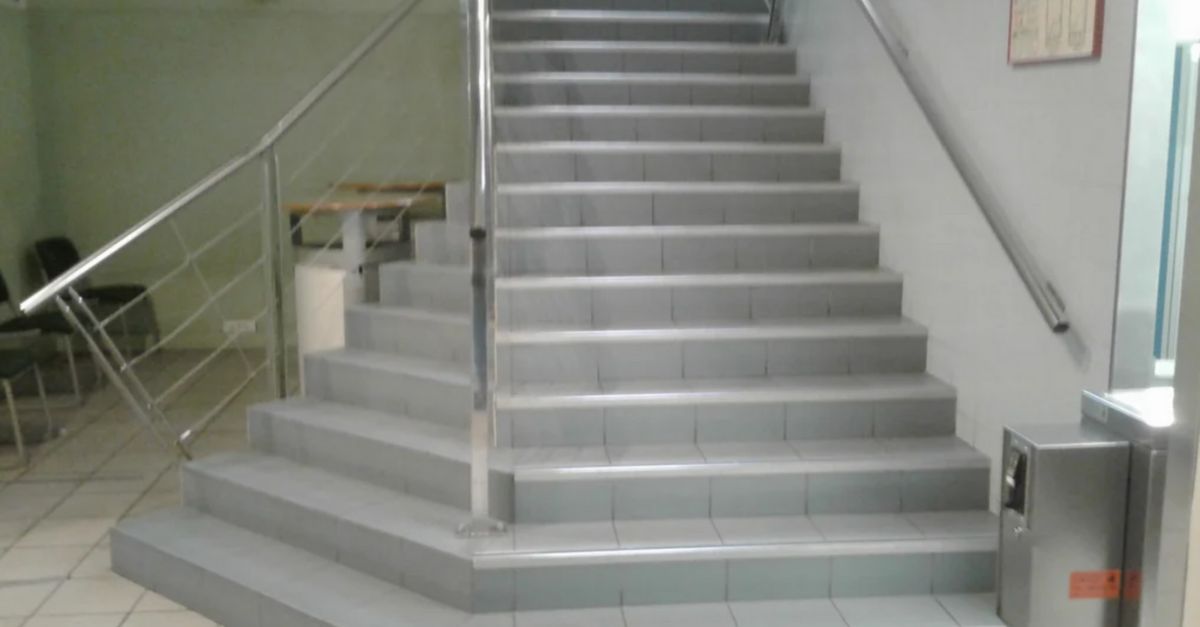 We all make mistakes in life but some unfortunate folks end up seeing their mistakes immortalized. In most cases, that's because they captured the internet's fascination for the wrong reasons and the internet often has a good memory for that sort of thing.

However, those in design fields can sometimes find that their brain farts will find themselves as part of a permanent structure so people can pass by them and think, "who thought that was a good idea?" for years to come.

But as we look through these baffling examples of bad design, it's important to remember one thing: Someone may have come up with it but at least one other person saw it and gave it their stamp of approval.

1. In general, it's a pretty weird planning decision to put a lamp post in the middle of a traffic island like this. 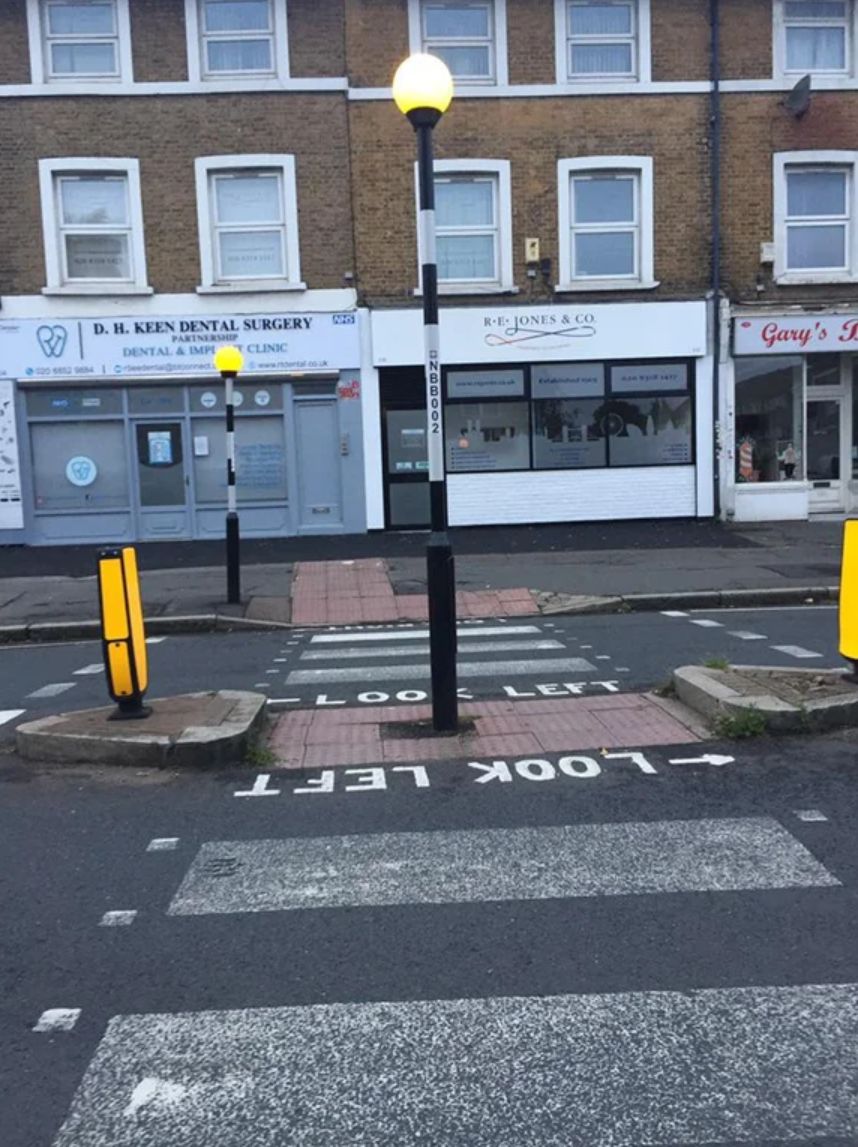 But as the uploader learned the hard way when they walked into the pole, it's an even weirder decision when it's surrounded by signs telling you to look away from it.

2. But even that street light at least leaves room for people to walk around it. 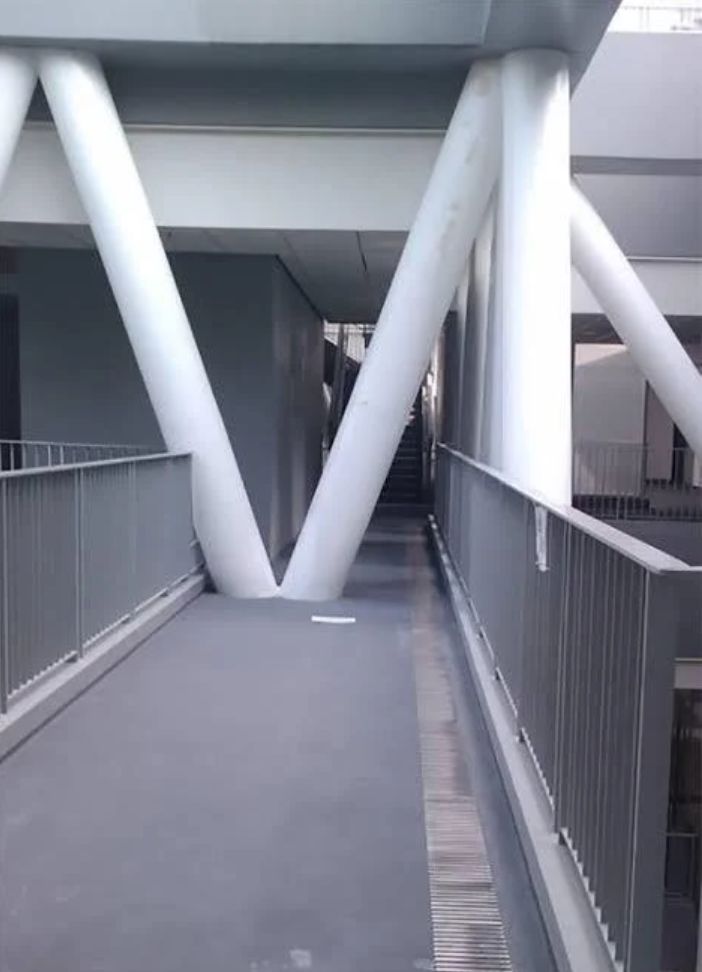 I'm no architect but I'm positive I've been to hotels that managed to hold their ceilings up without turning their walkways into obstacle courses.

Imagine trying to guide a heavy suitcase through this.

3. This idea apparently came from a school that characterizes itself as "ecofriendly." 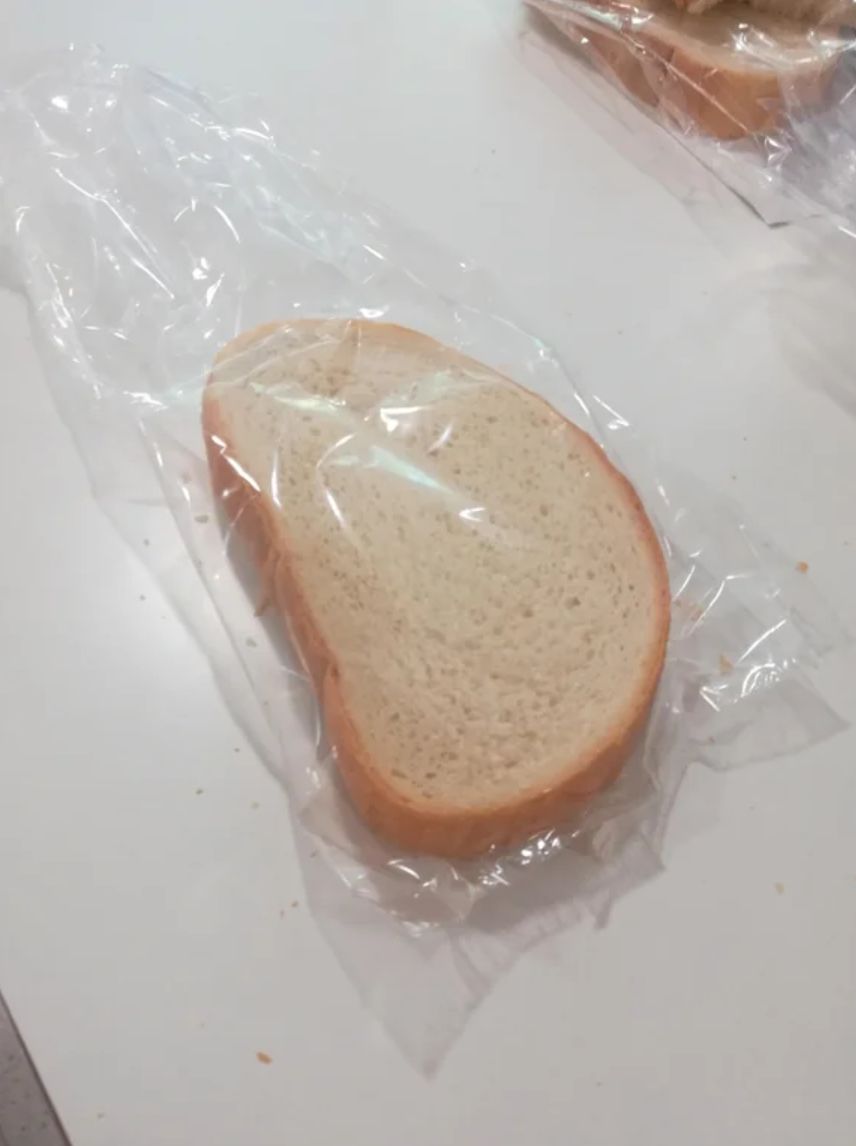 Nonetheless, it seems they saw fit to individually wrap each slice of bread in plastic despite banning all other forms of plastic including lamination.

To say the least, they seem to be working at cross-purposes here.

4. Someone managed to find an inconvenient way to color code a tap. 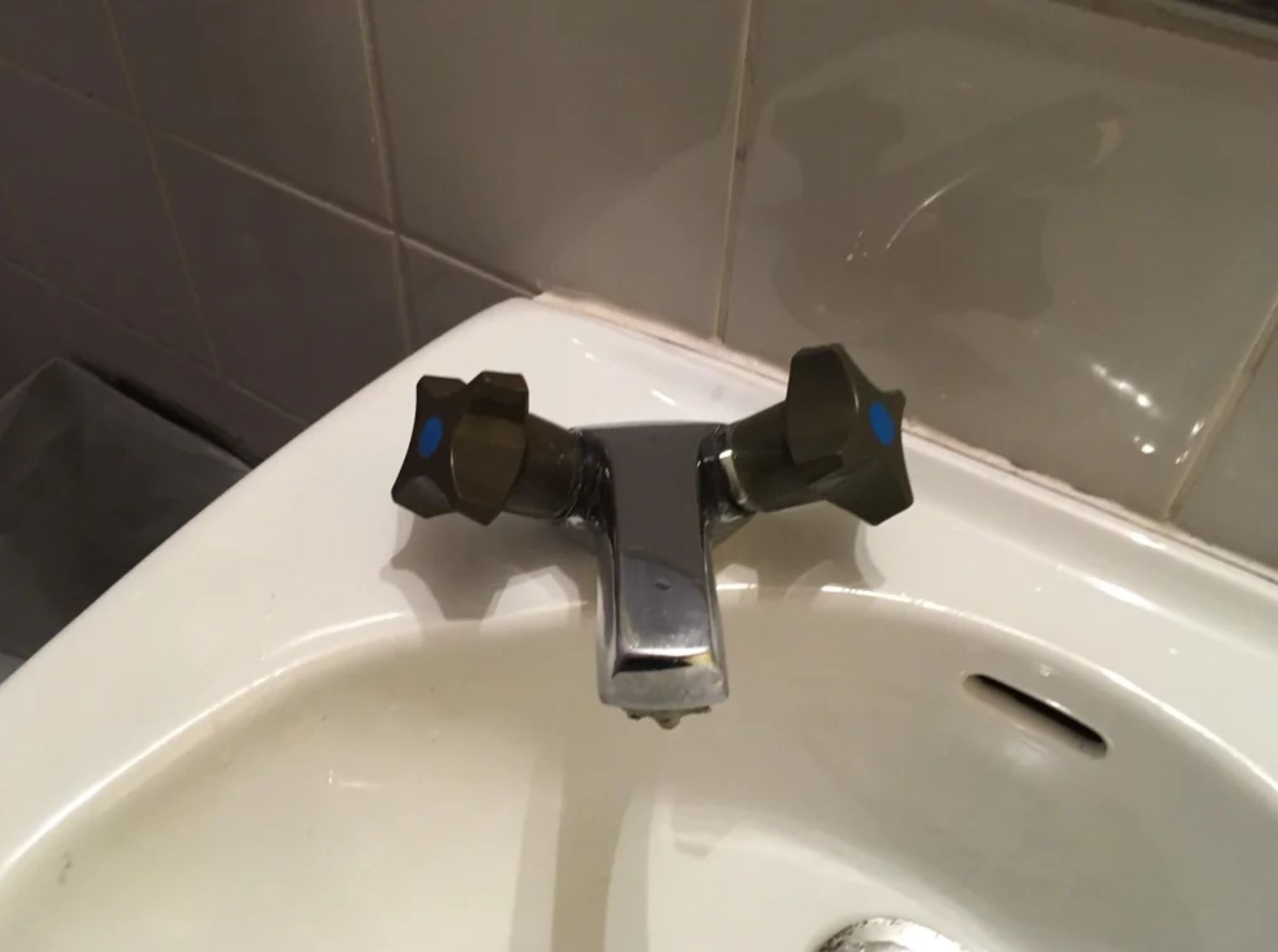 I guess whoever made this is the same type of person who clicks "I'm feeling lucky" when they google something.

Which one is the cold water impostor? 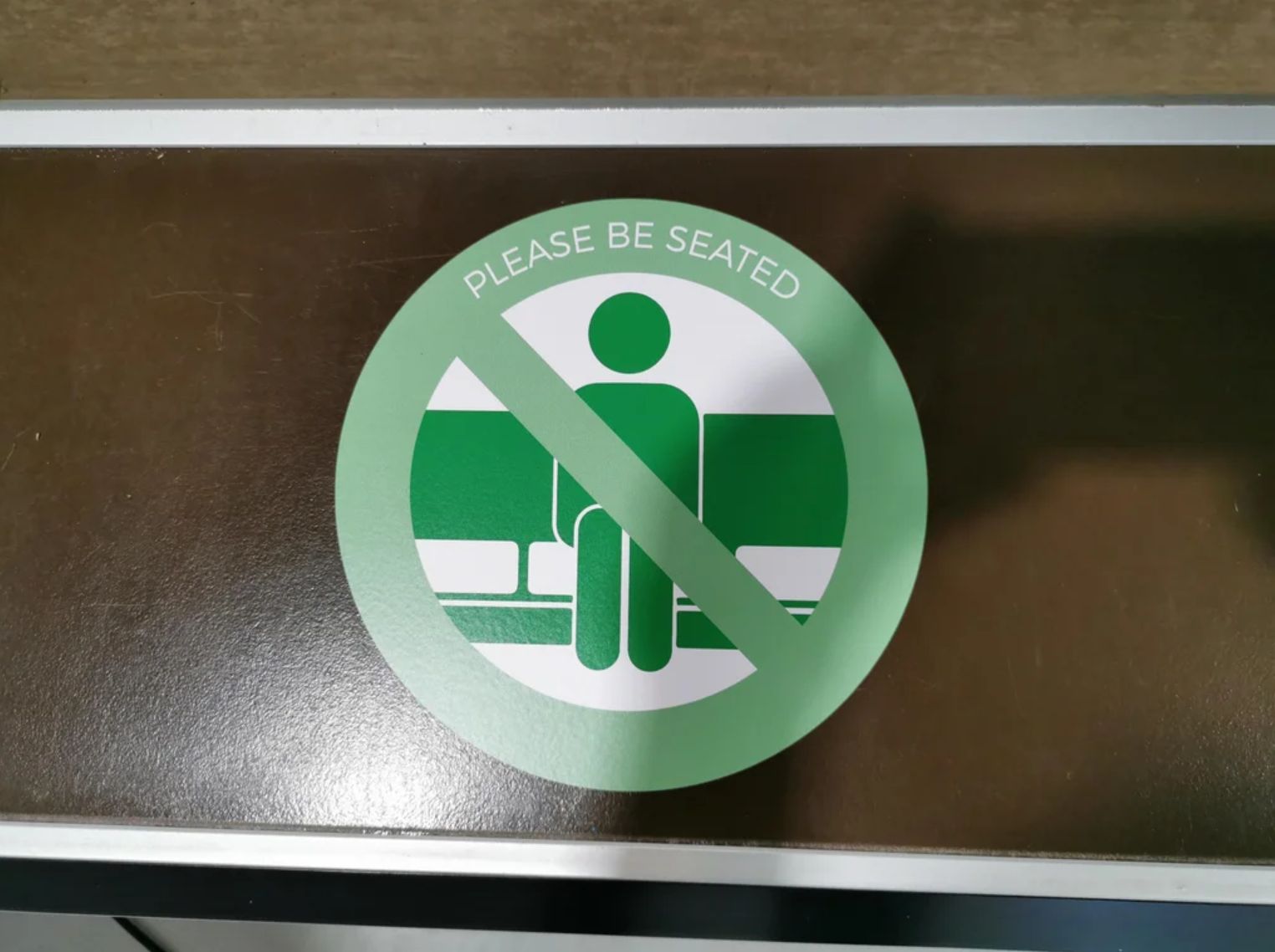 This sign appears to want us to sit down but acts like this person is bad for doing just that.

6. They say an ad is effective when it makes you think of a product no matter how it does it and this makeup promotion is pushing that idea to the limit. 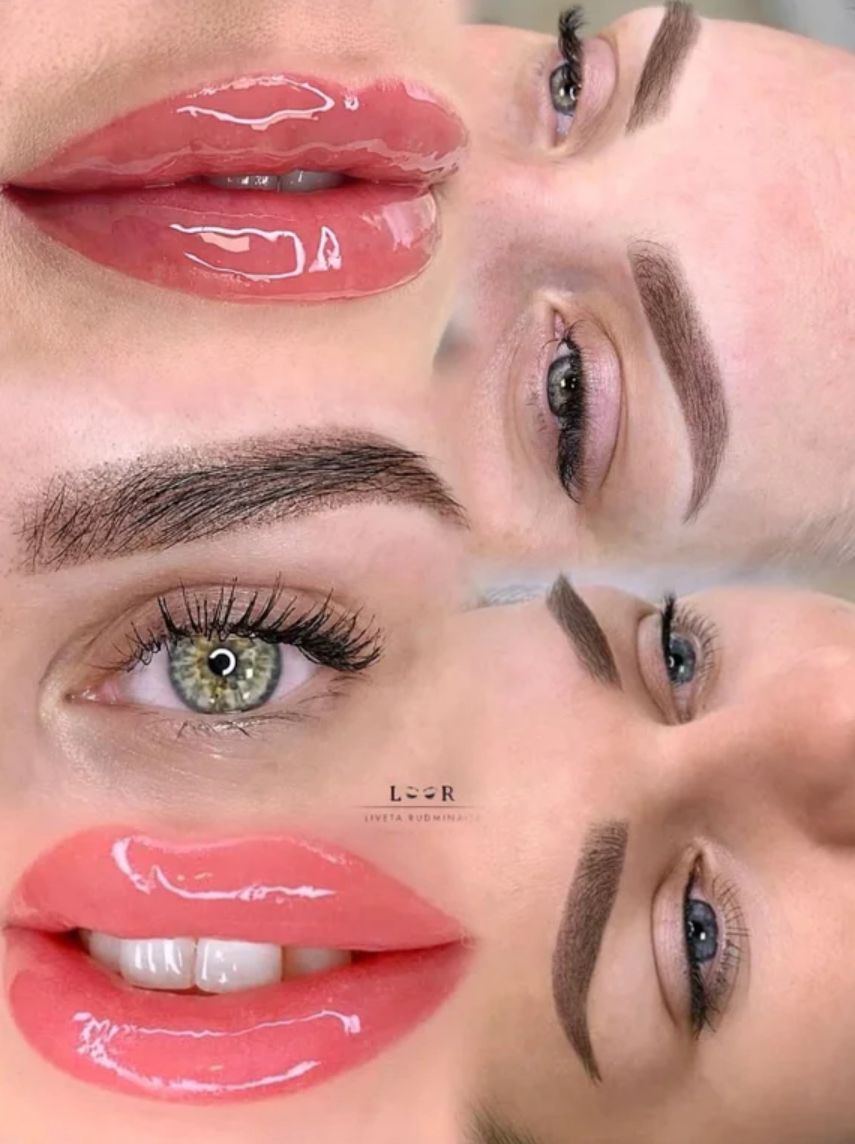 I'm sure a lot of advertisers wish they could put ads in our dreams but this is the first one to actually pull it off.

After all, nightmares still count as dreams.

7. Wow, I guess this hotel was really married to this outlet placement. 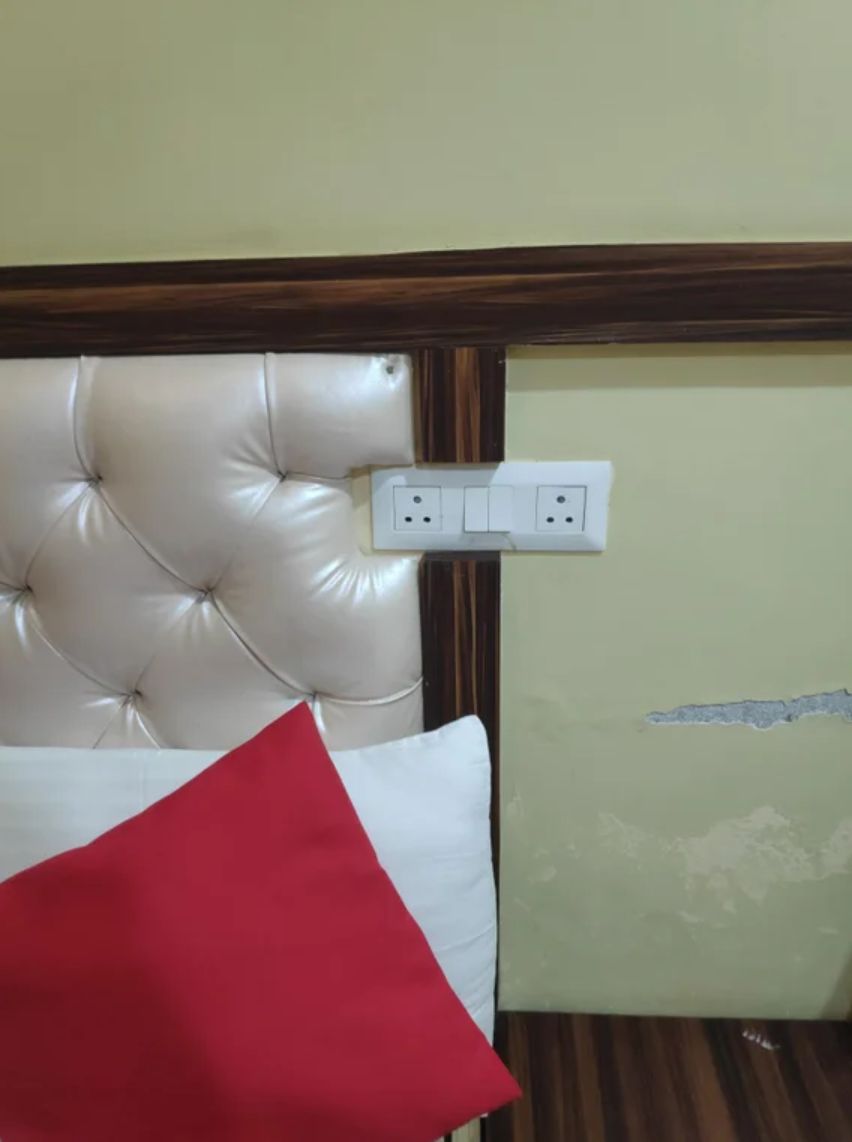 Mind you, I suppose this is more inconvenient for them than it is for any of us. I can't help but wonder, though: did they have to do this in every room?

8. Apparently, some genius put this speaker in after the projector was installed. 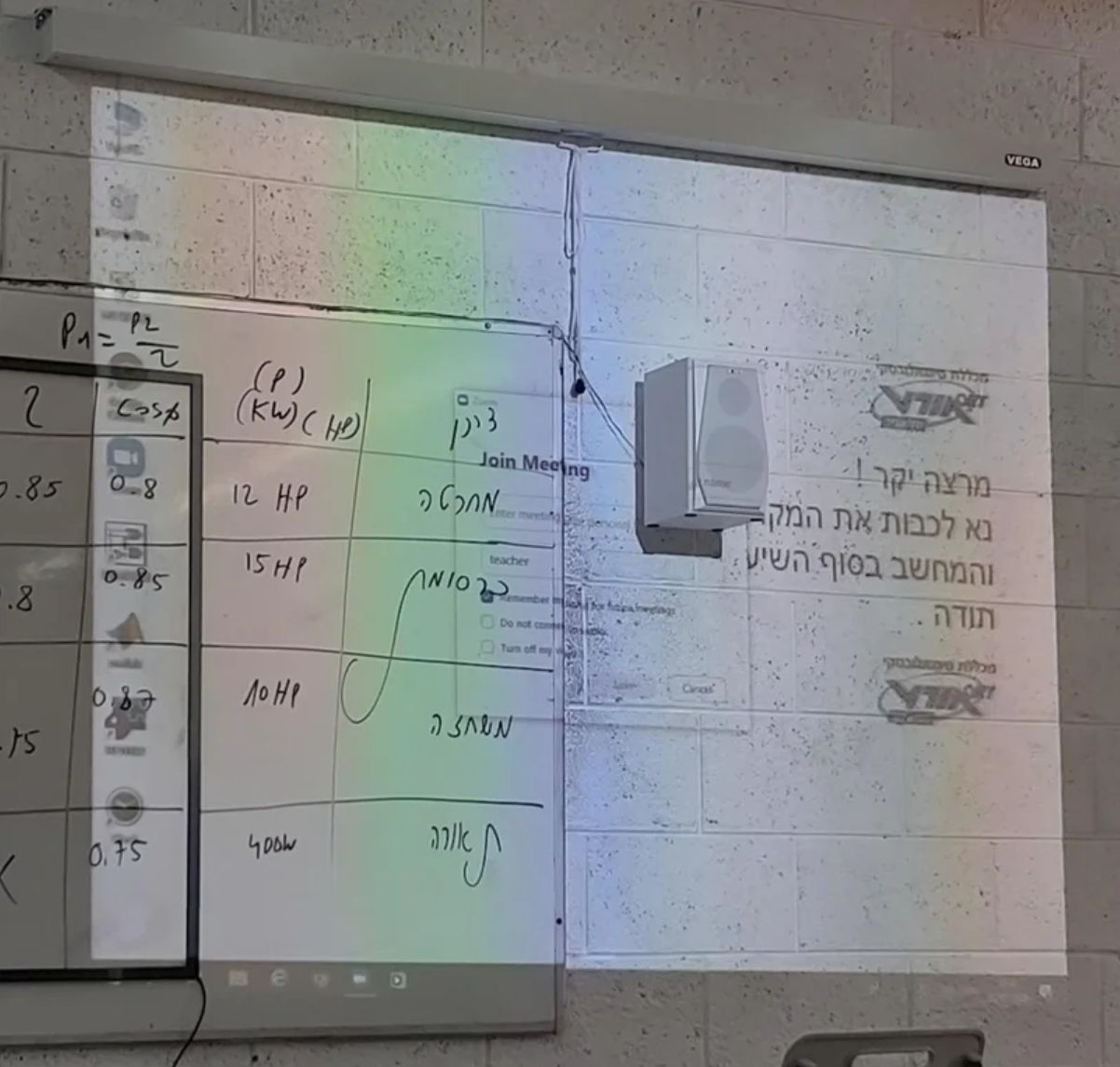 So not only does it seem like they can't pull the screen down anymore but it's guaranteed to get in the way while people are trying to take notes.

9. Other than Mr. Fantastic, who exactly is supposed to be able to take a shower in here? 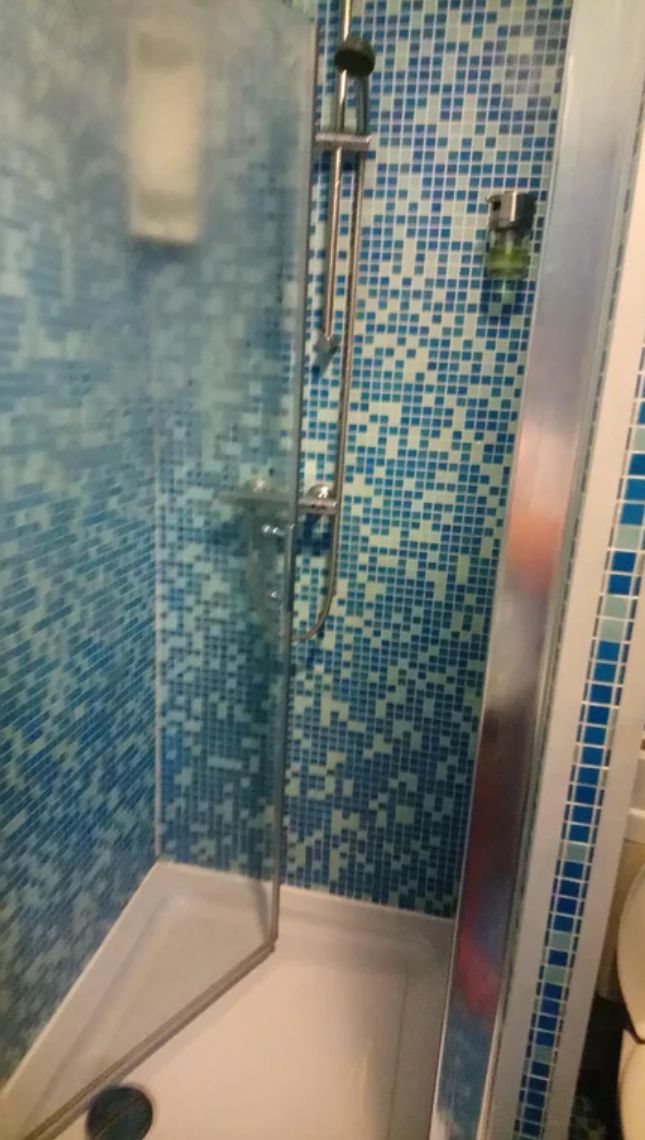 Even as a kid, I think I'd have to squish myself pretty tight into that kitty corner to actually close the door.

Even if I were 100 pounds lighter, I wouldn't have a ghost of a chance now. 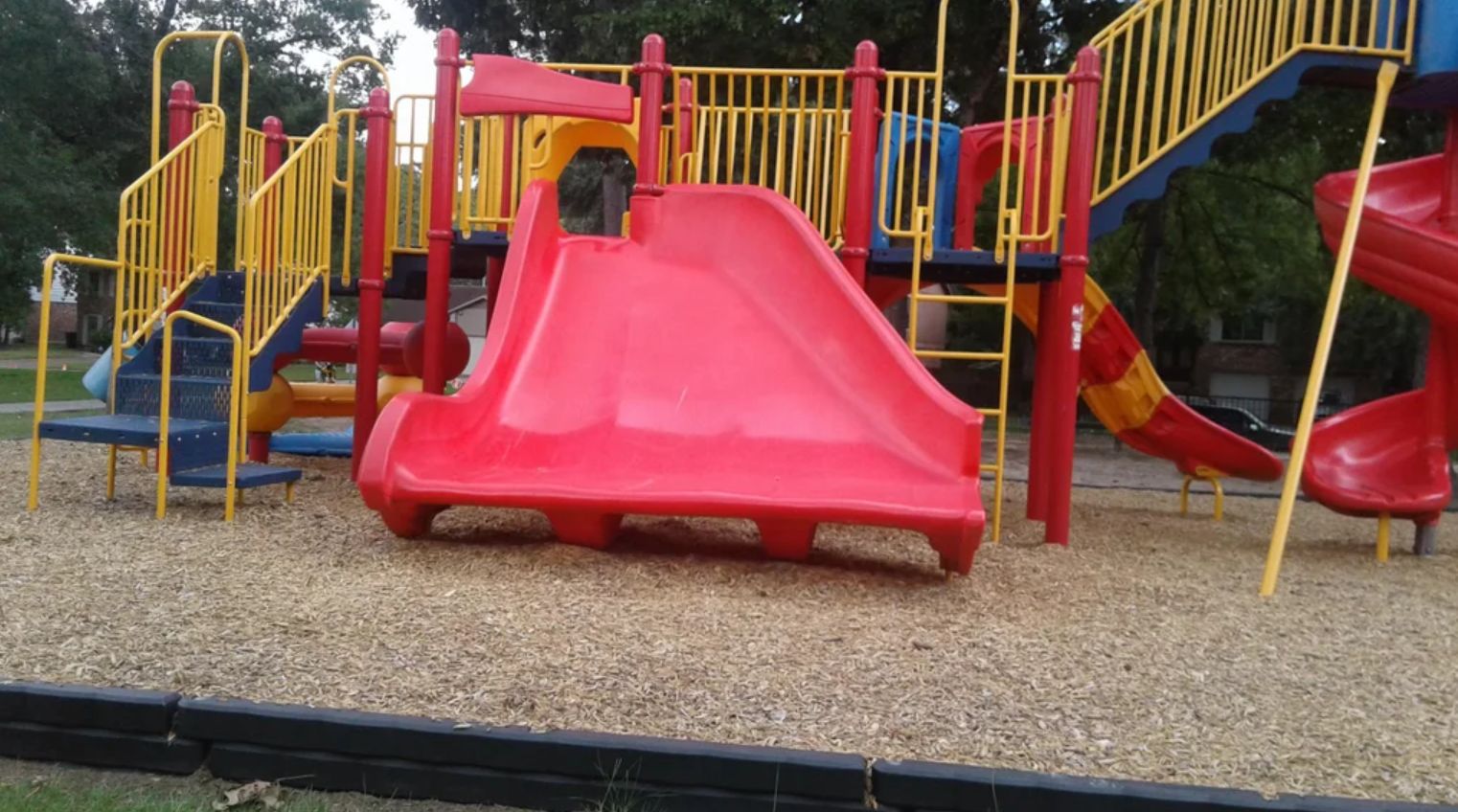 Like, either they expect kids to jam their way through that archway at once like the Three Stooges or rush in immediately after each other like paratroopers while also controlling which way they're going.

At best, it's a pointless design.

11. Was it really so hard to just install a toilet paper dispenser into the wall like most public bathroom designers manage to do? 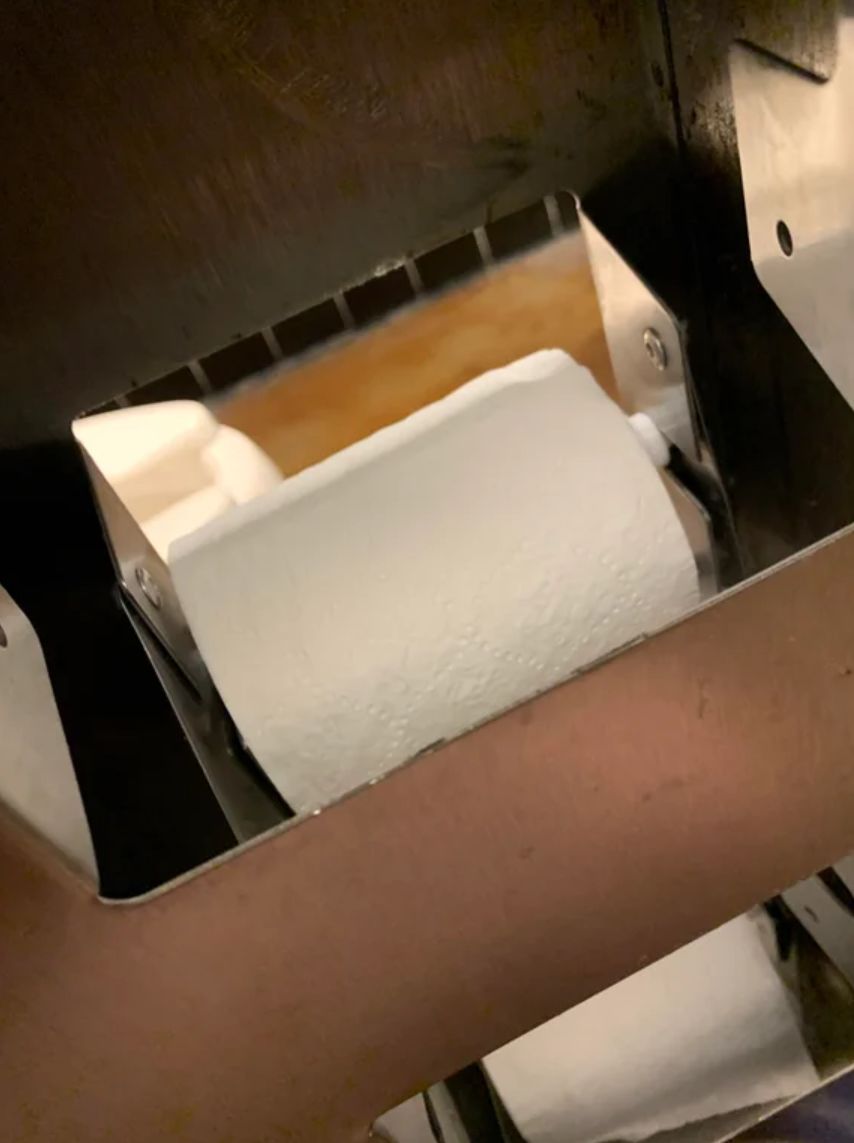 After all, since someone decided to cut a hole in the wall instead, it turns out that people in entirely different bathrooms can now see each other.

No matter which side people are looking through, somebody's privacy is getting violated.

12. When people want to talk like "the kids," they should really look up what these terms actually mean first. 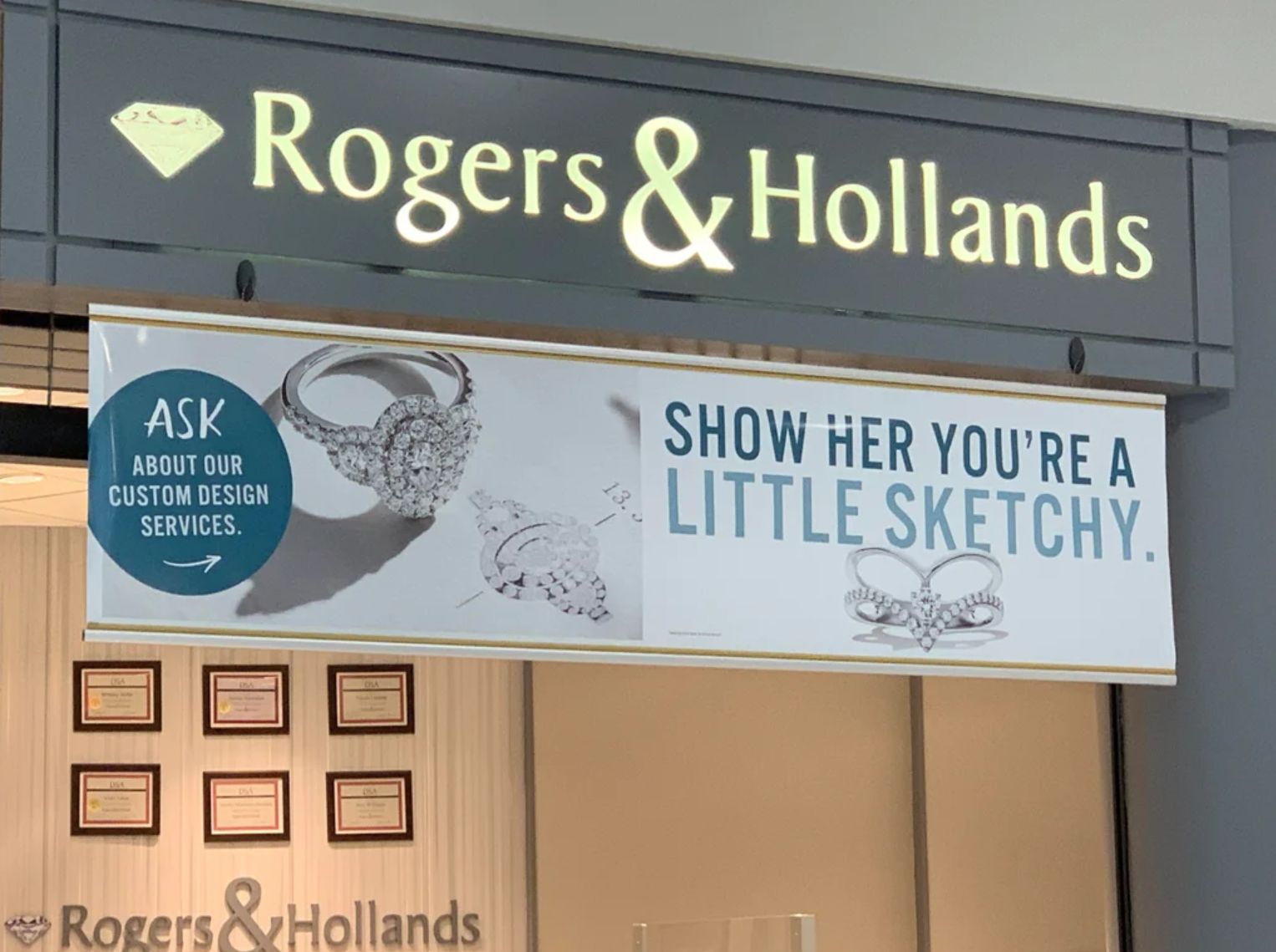 Either I'm seriously out of touch or people don't usually spend hundreds if not thousands of dollars so they can look sketchy.

13. I understand why people would want to decorate their support beams but this is why it's best not to use someone's face for that purpose. 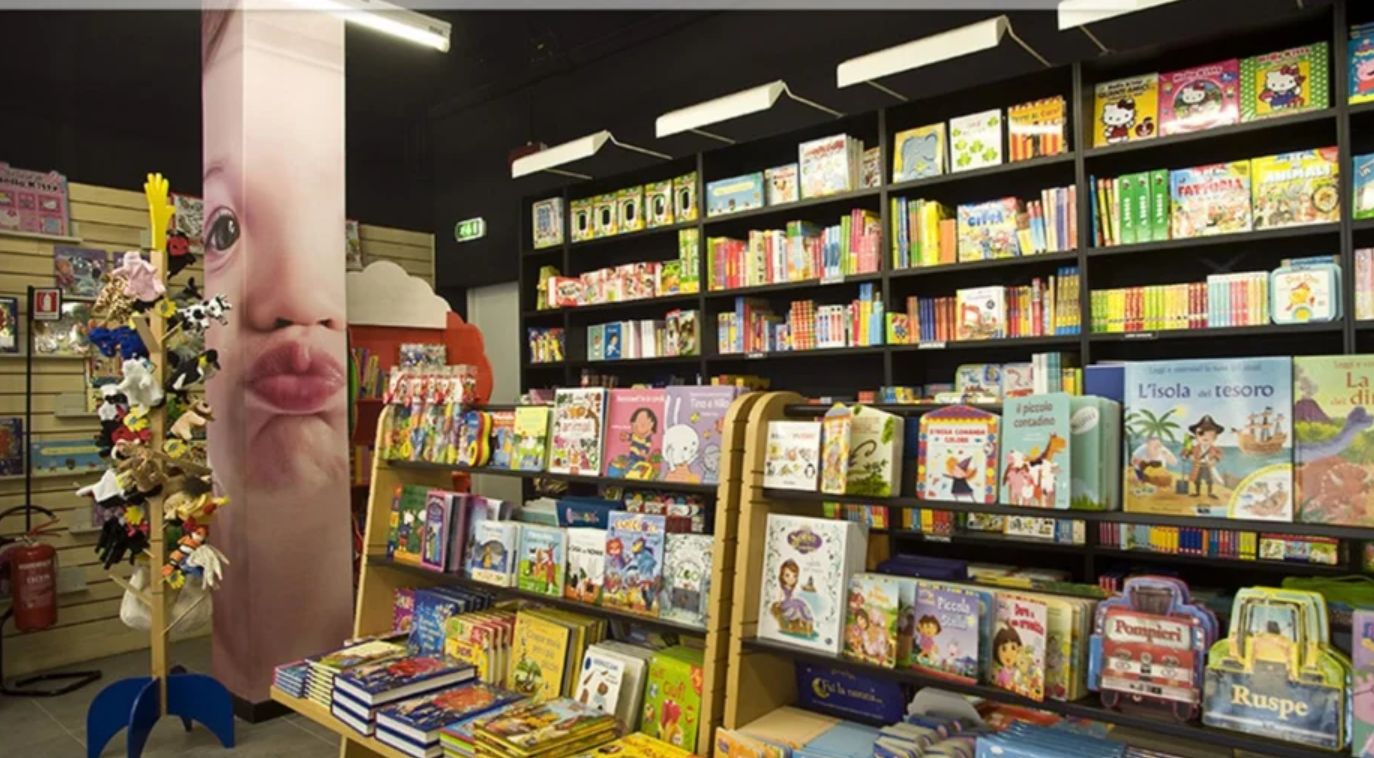 As we can see here, it just looks weird when people try to stretch someone around a column like this.

And it's hard to imagine a children's book section being that successful if kids are too creeped out to go anywhere near it.

14. It's pretty hard to tell if you don't speak Russian but this is supposed to be a coloring textbook for artists. 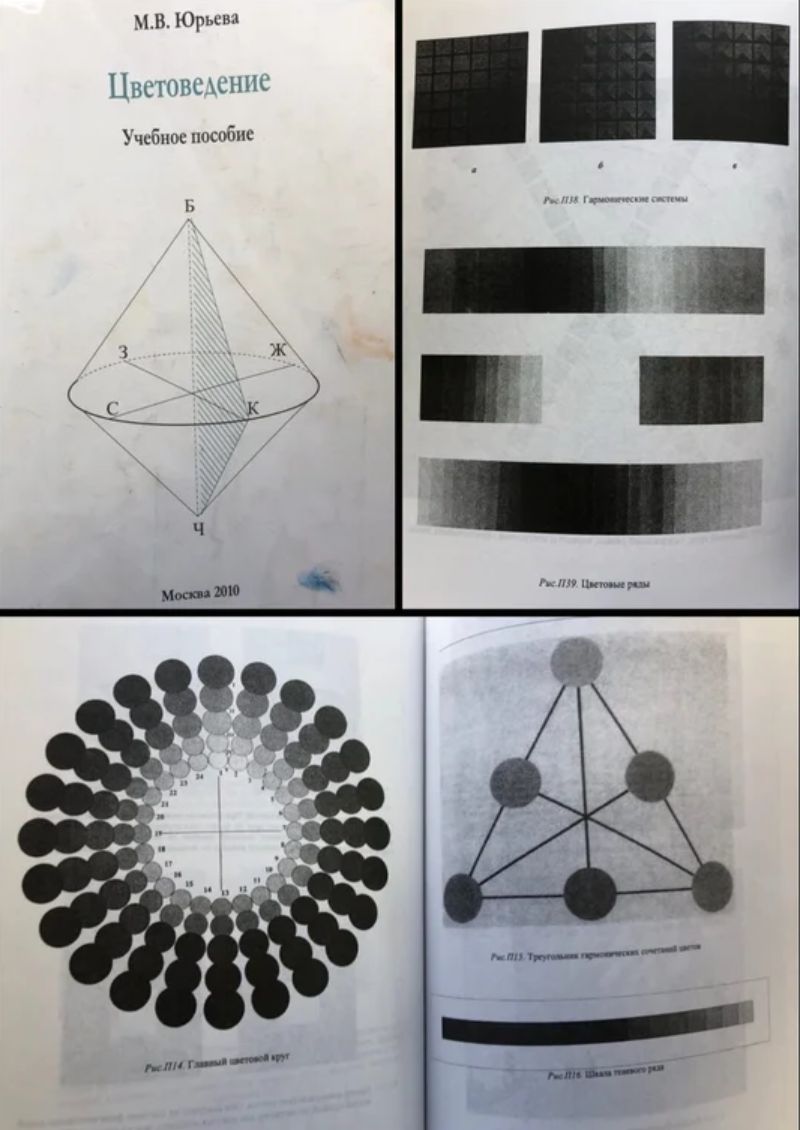 It's kind of tough for that to have any use when everything in it is just varying shades of gray, isn't it? I just hope this wasn't sold at college textbook prices because yikes!

15. I think I'd have to go all the way back to my childhood to recall the last time someone gave up on an acrostic this hard. 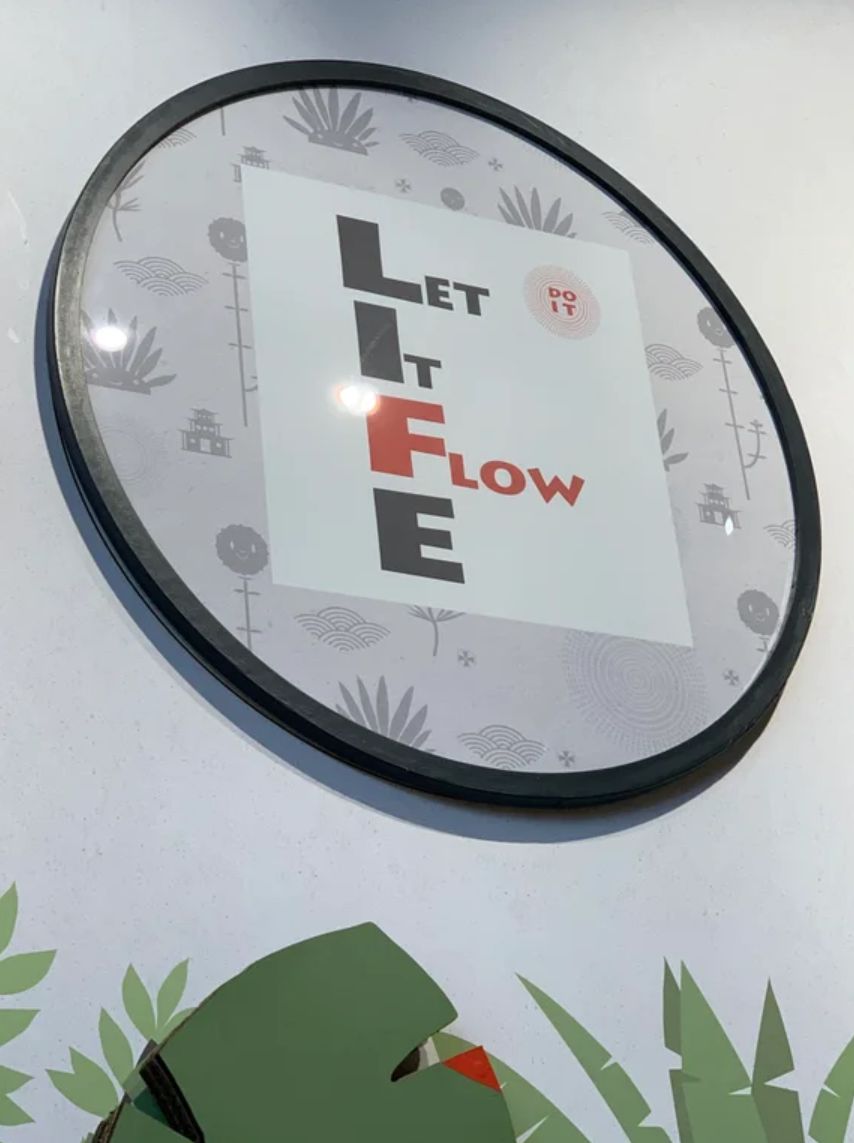 They might as well have just said, "let it flow ehh, who cares?"

16. I suppose it's not impossible to see what they were trying to do here but nobody reads like this. 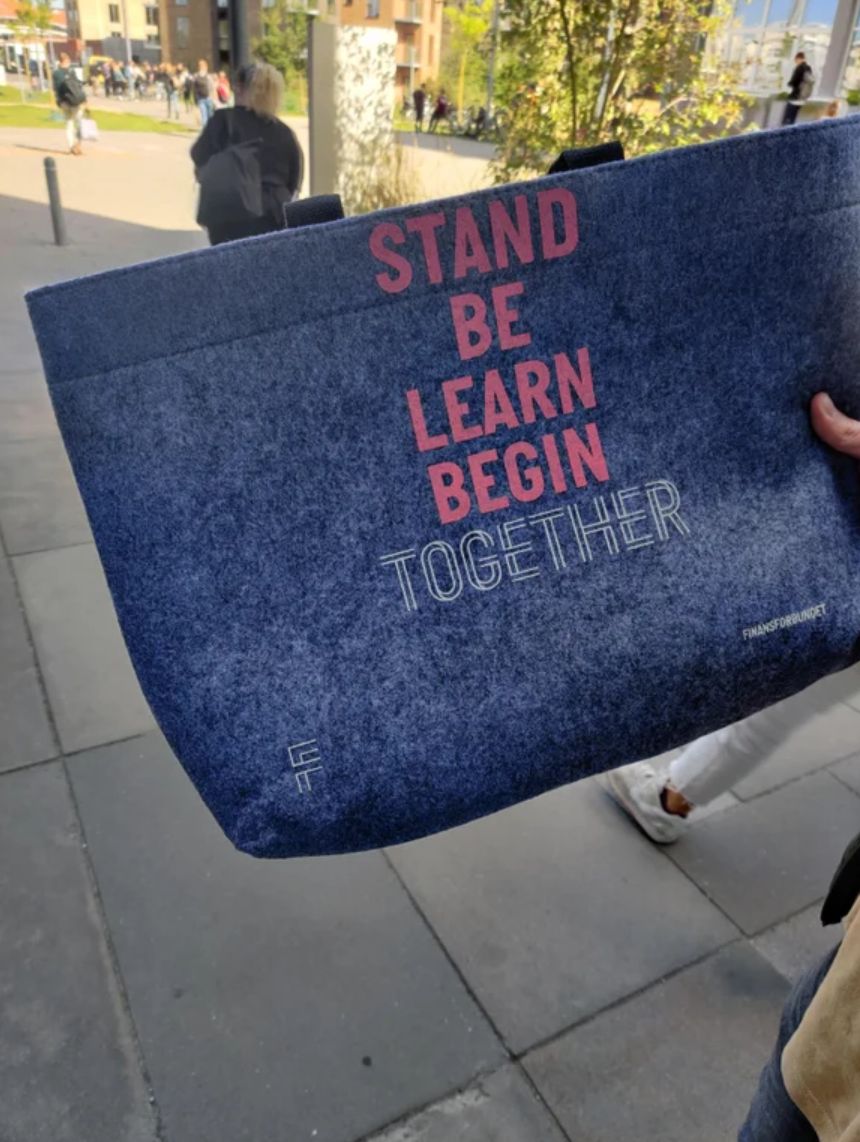 I guess we're supposed to put a dramatic pause between each word for this to make any sense.

Because if you don't do a Captain Kirk impression when you read this, it just sounds like a vaguely inspirational word salad.

17. Either someone wanted to turn this building into a parkour playground or they ended with more stairs than they knew what to do with. 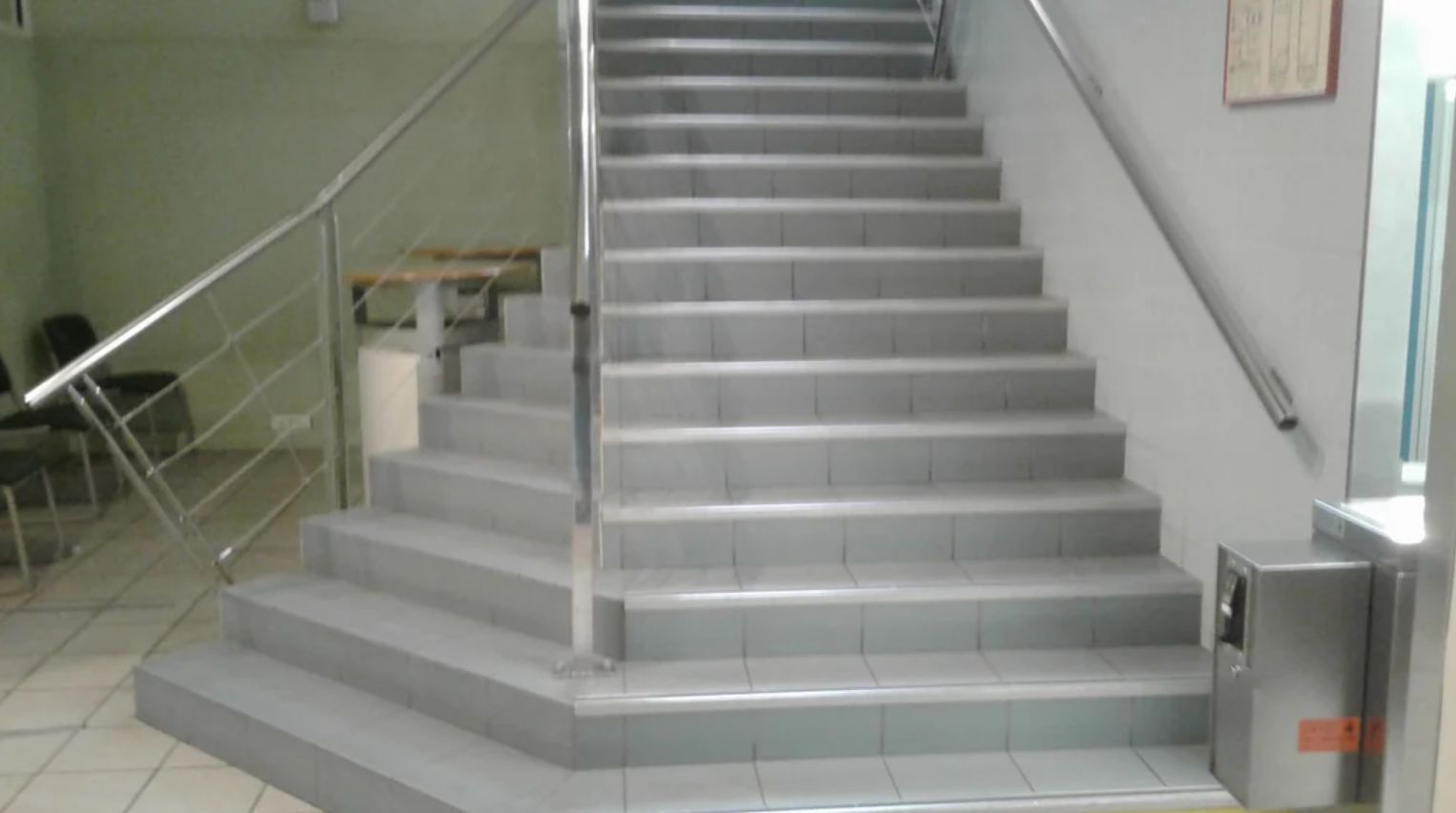 And since architects usually have more to their design philosophy than "because it would be cool," I'm going to assume it's the second one.

18. I've lived in a place that had a similarly "creative" approach to ceilings but whoever built it was smart enough not to do that in the bathroom. 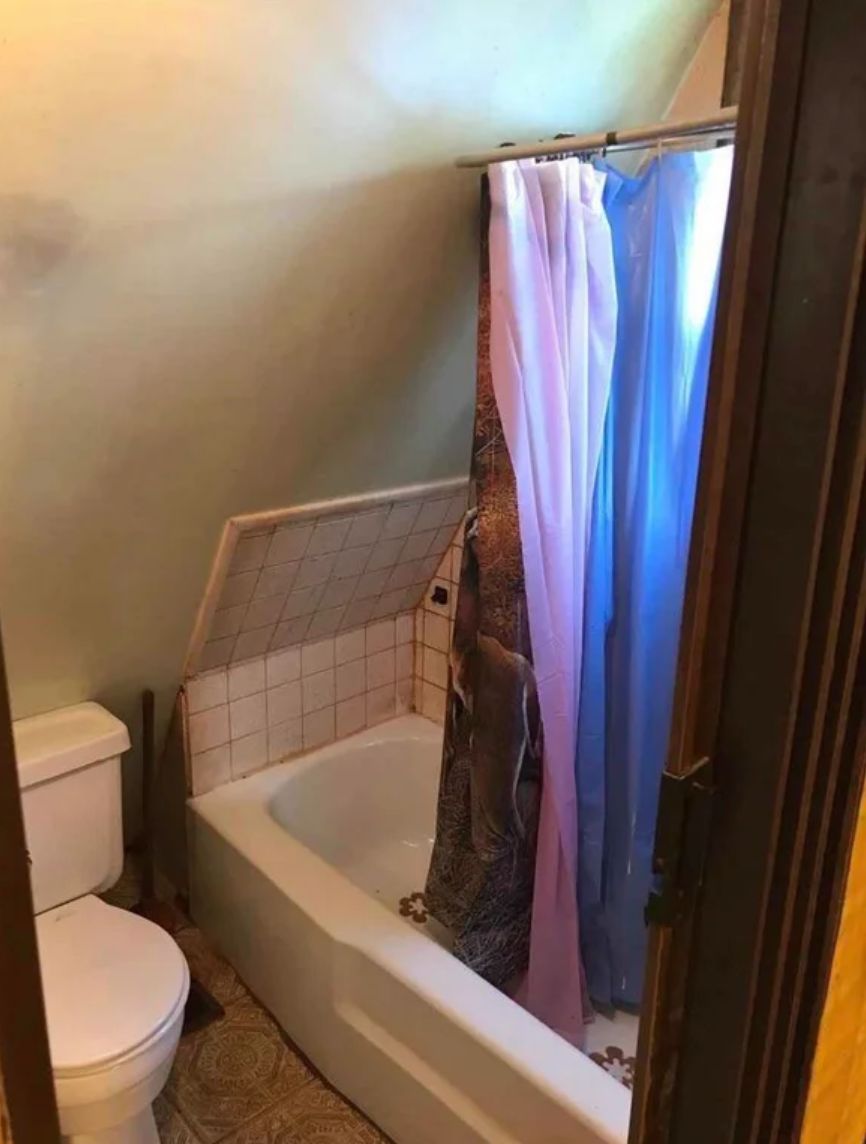 People may have bumped their heads on the sharply declining ceiling whenever they walked into my childhood bedroom but at least they could take showers in peace.

In fairness, this likely has more to do with the fact that old houses weren't made with standing showers in mind than any specific person's incompetence.

19. Say what you want about McDonald's but I'd say their Happy Meal toys usually manage to at least look like what they're supposed to be. 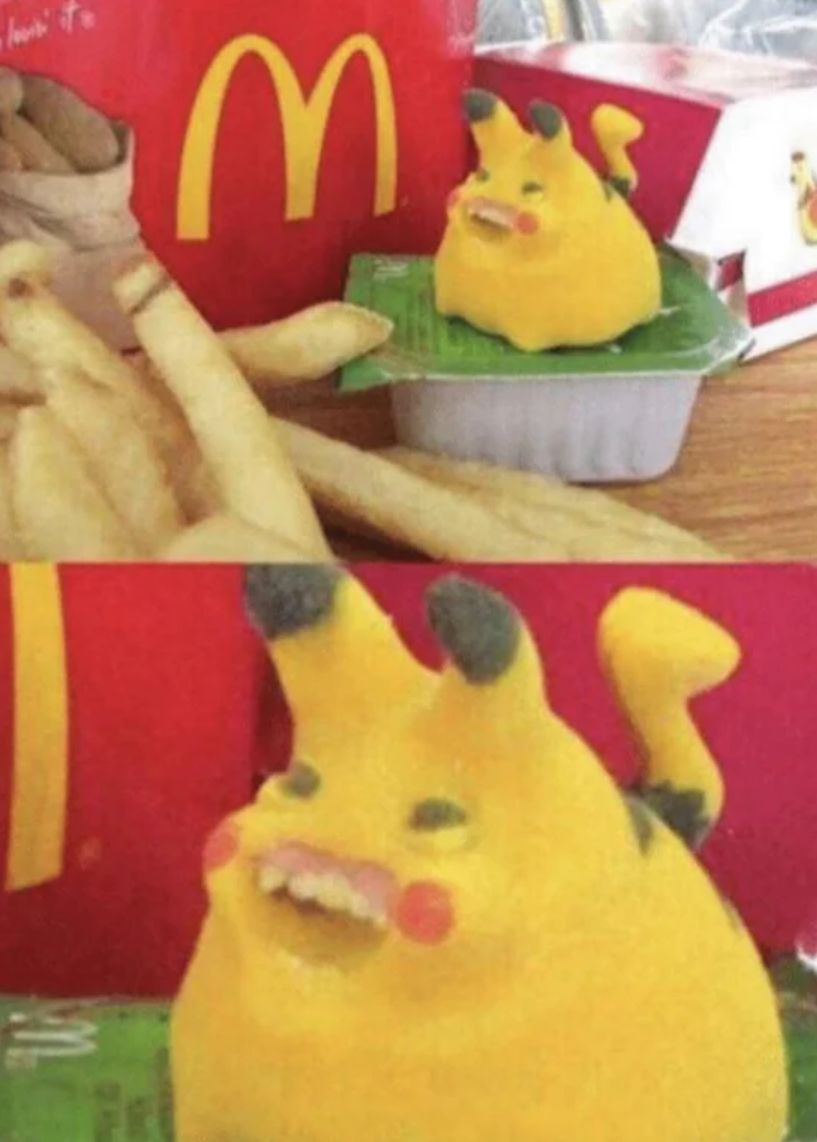 So either things have gone way downhill in the 20 years since I've ordered a Happy Meal or we're looking at some fluke defect. Because Pikachu is normally, adorable, not terrifying.

Honestly, who decided to give him realistic looking teeth?

20. Believe it or not, this is how you're supposed to turn this microphone on. 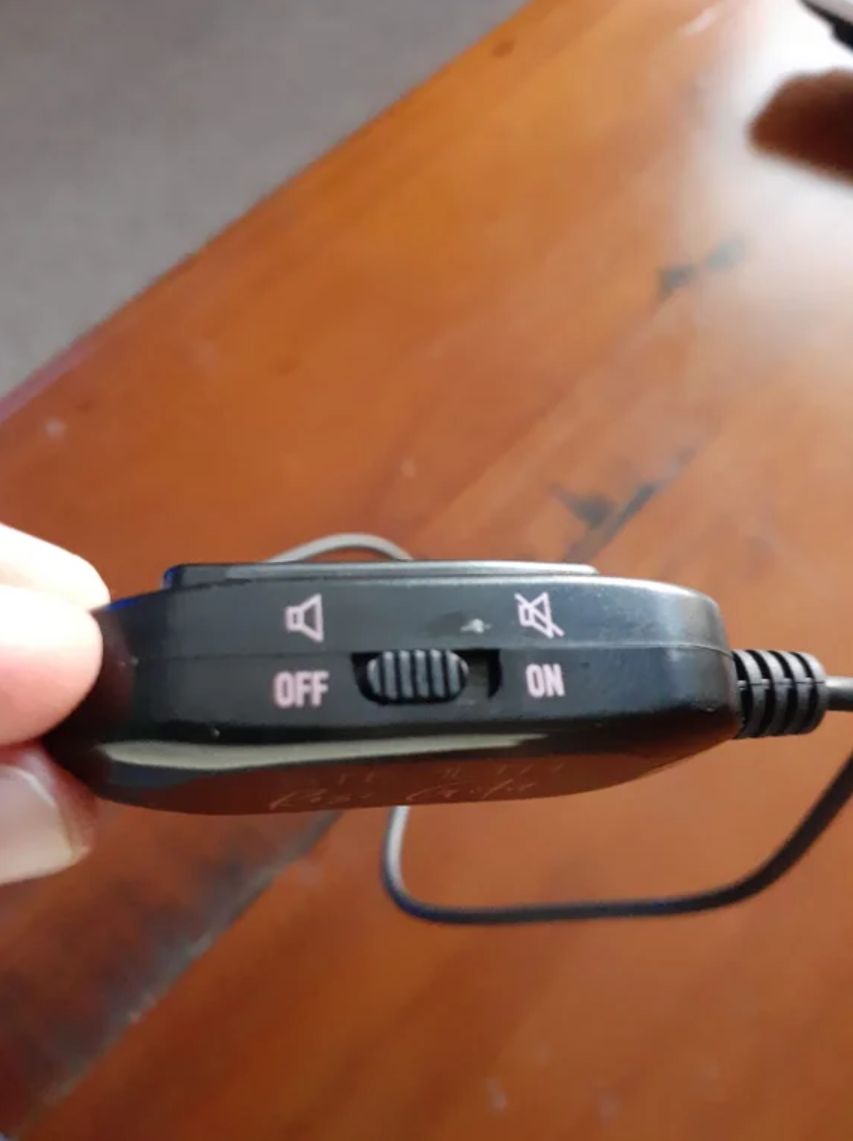 It's apparently like this because you're toggling the mute on and off but they still have to admit that's a really counter-intuitive way to design something.