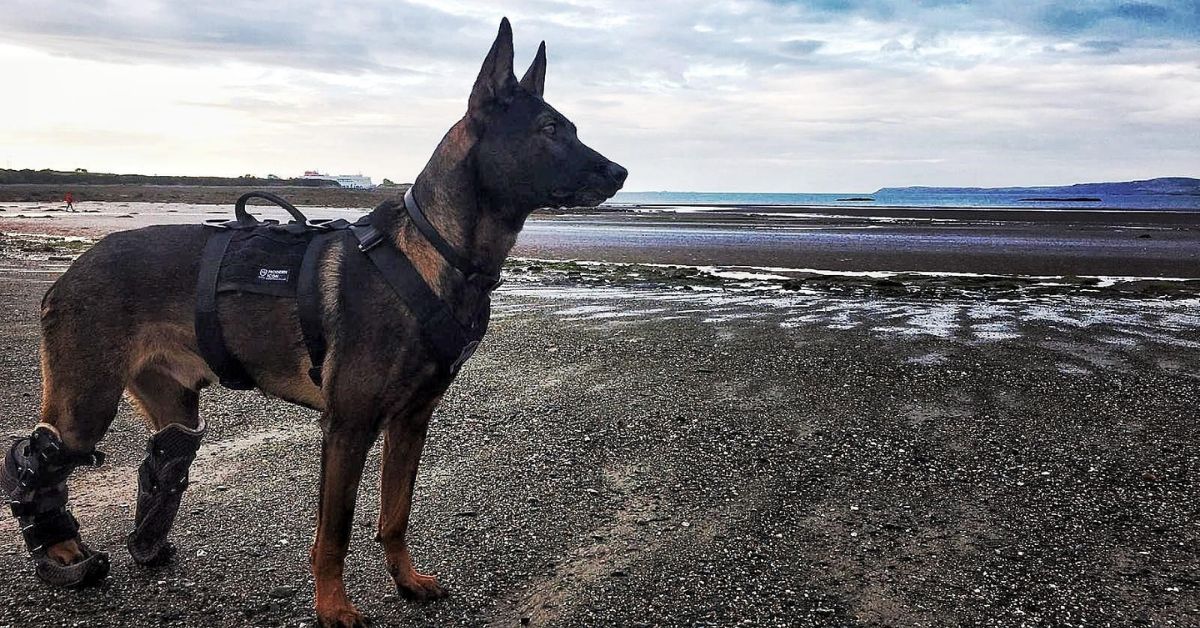 A retired military dog who risked his own life to save the lives of British soldiers under Al-Qaeda fire is to be awarded a medal to honor his incredible bravery and devotion to duty.

According to a press release from the UK's Military of Defence (MoD), 4-year-old Kuno will receive the PDSA Dickin Medal for valor, which is essentially the animal equivalent of a Medal of Honor.

In 2019, Kuno was part of a nighttime military operation in Afghanistan when he and his fellow soldiers came under attack. 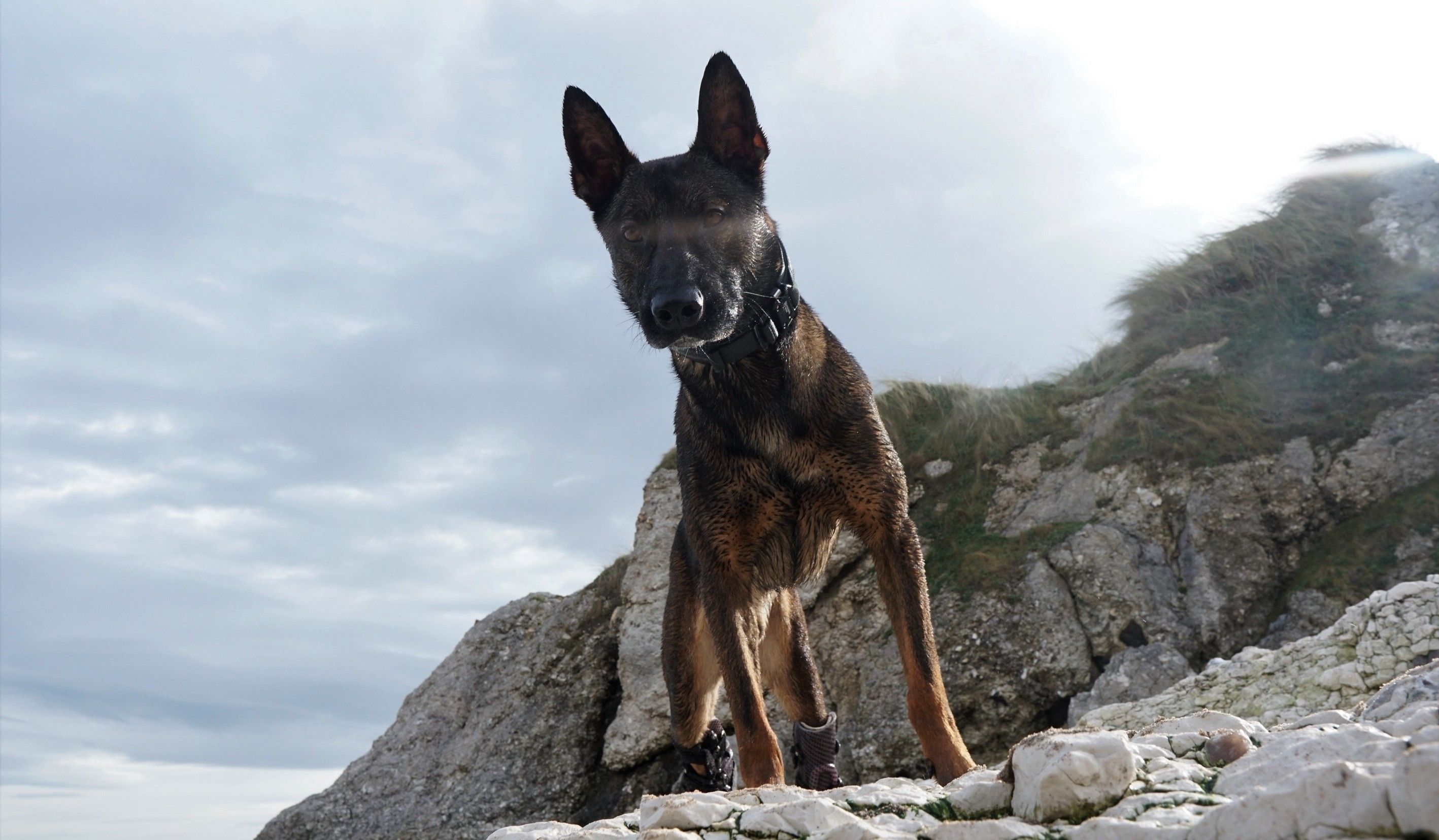 While raiding an Al-Qaeda compound, the forces found themselves pinned down by grenade and machine-gun fire, unable to move without risking causalities.

It was then that Kuno flew into action, charging through the hail of gunfire to tackle the shooter and effectively break the deadlock so the mission could be completed.

Unfortunately, Kuno wasn't entirely spared from the gunfire and took several bullets in both his back legs. 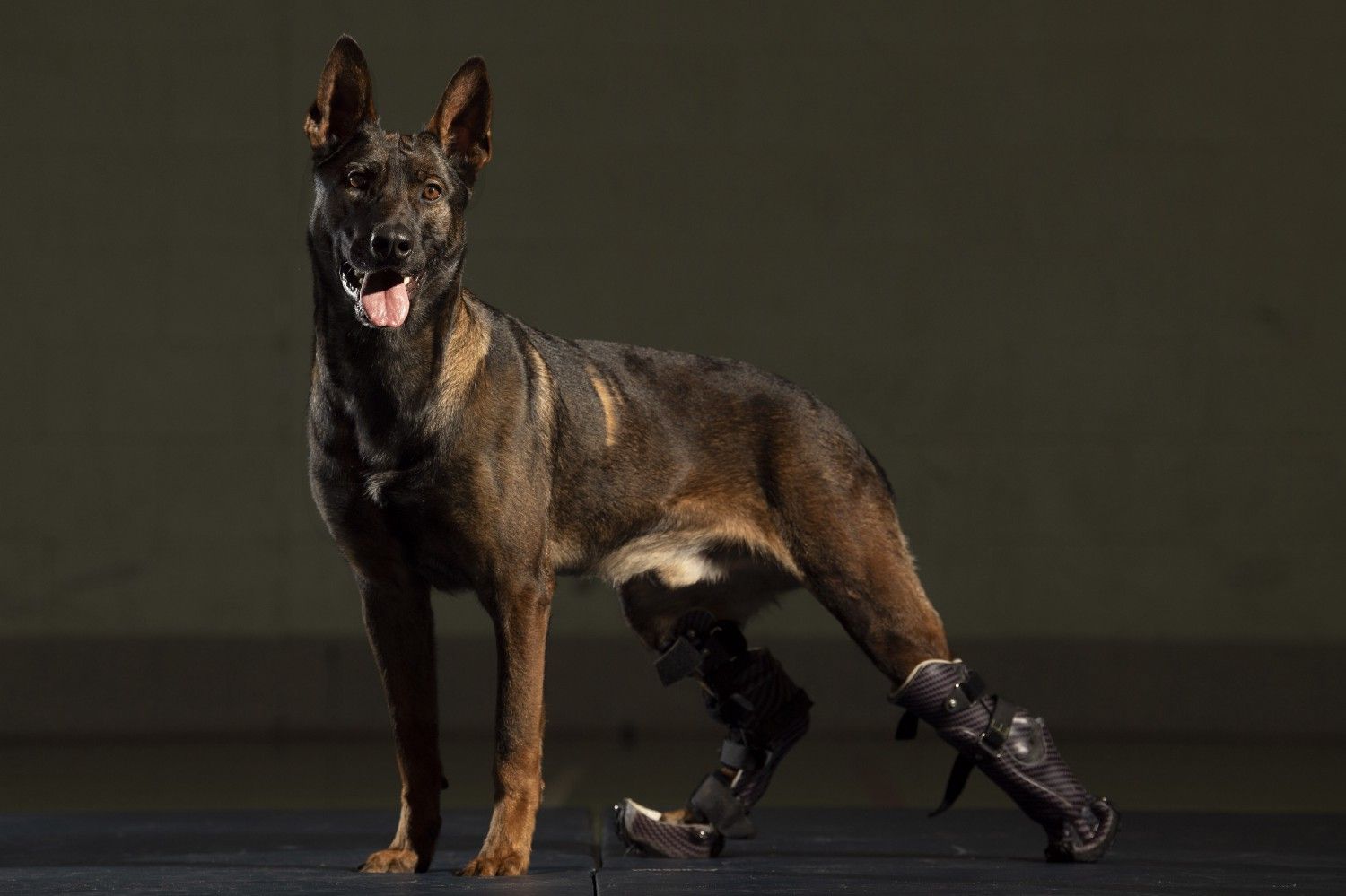 He required multiple operations before he was stable enough return to the UK, during which time vets discovered one of his paws had a life-threatening infection. Part of that paw was then amputated.

Kuno has since been fitted with a custom prosthetic and an orthotic brace to help his other injured leg, both of which allow him to run and play. According to the press release, he is the first UK military working dog to receive custom prosthesis.

Now that Kuno has retired from service, he will be awarded the PDSA Dickin Medal which is the highest animal honor in existence for military animal valor.

"Kuno’s heroic actions undoubtedly changed the course of the mission and saved lives," PDSA Director General, Jan McLoughlin said in the release. "He took on the enemy without fear or hesitation, never faltering from his duty despite being seriously injured."

Kuno is expected to formally be presented with his medal sometime later this year. 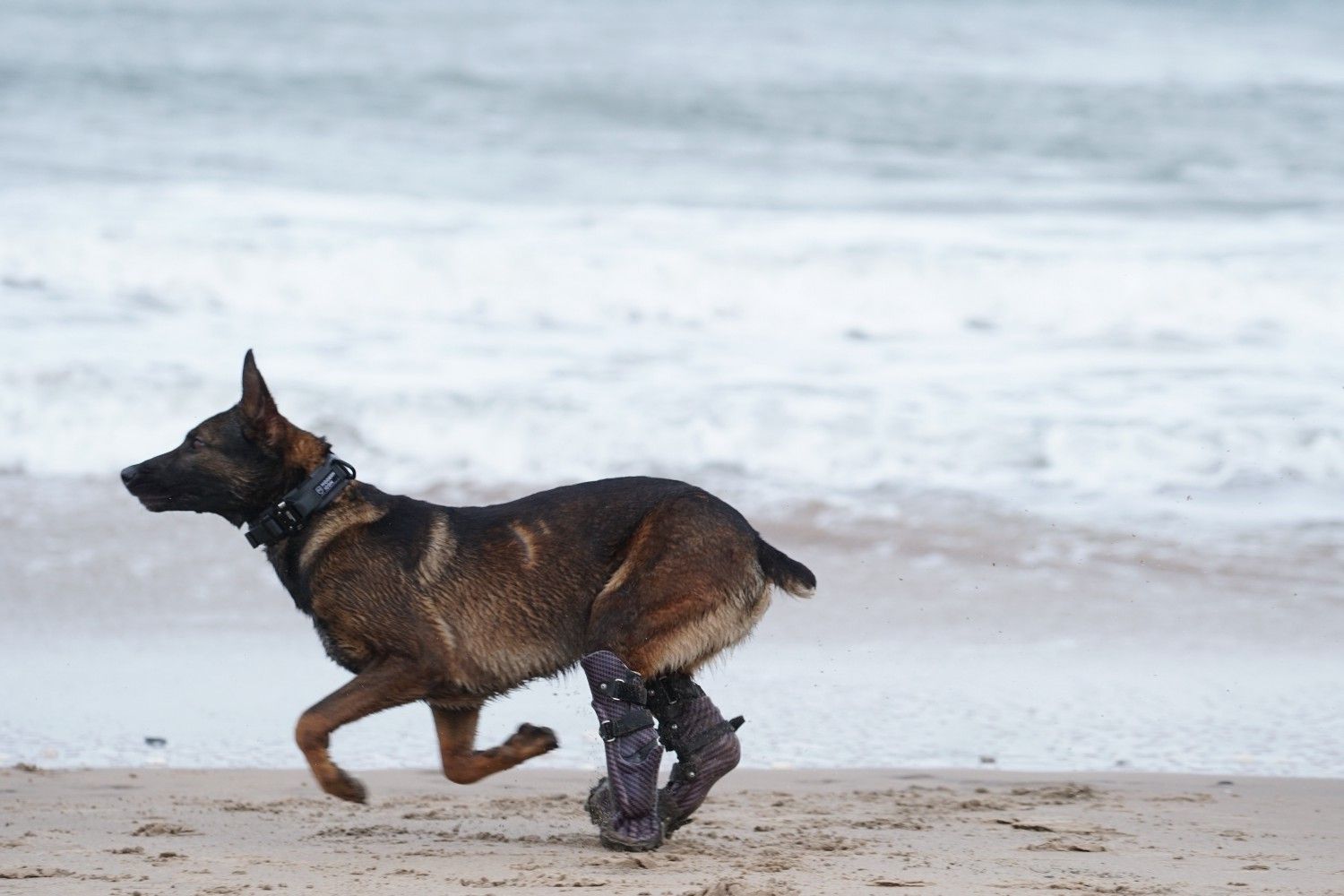 Since its introduction in 1943, the PDSA Dickin Medal has been awarded to 71 well-deserving recipients, making Kuno the 72nd.