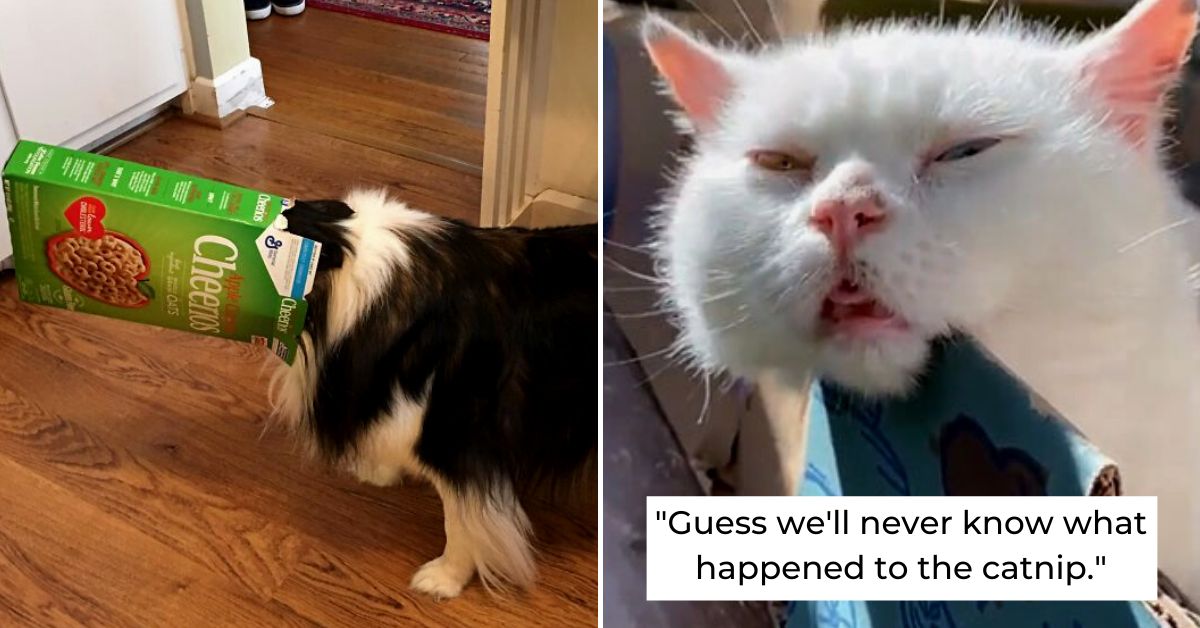 If you've ever owned a pet, you know that no matter how often you feed them, they can still be sneaky little food thieves, taking advantage of low tables, opened cupboards, and even a poorly placed plate or two.

But sometimes, they aren't sneaky enough, and they get caught in the most hilarious ways possible.

Here are just some of those ways people have caught their beloved pets in the act of food-snatching.

1. "He started barking at the door, when I got up to look outside he ran back a stole a slice of my pizza. No one at the door." 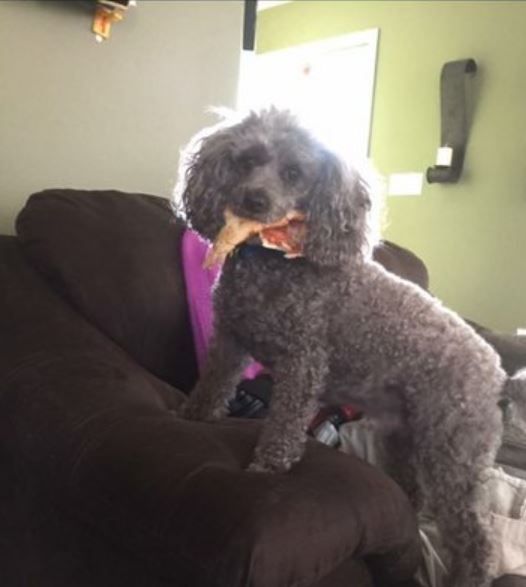 That's some next-level sneaking right there. And although he obviously got caught, I think we should all take a moment to appreciate his efforts.

2. "My cat learned he could scoop up food with his cone and stole my damn taco when I wasn't looking." 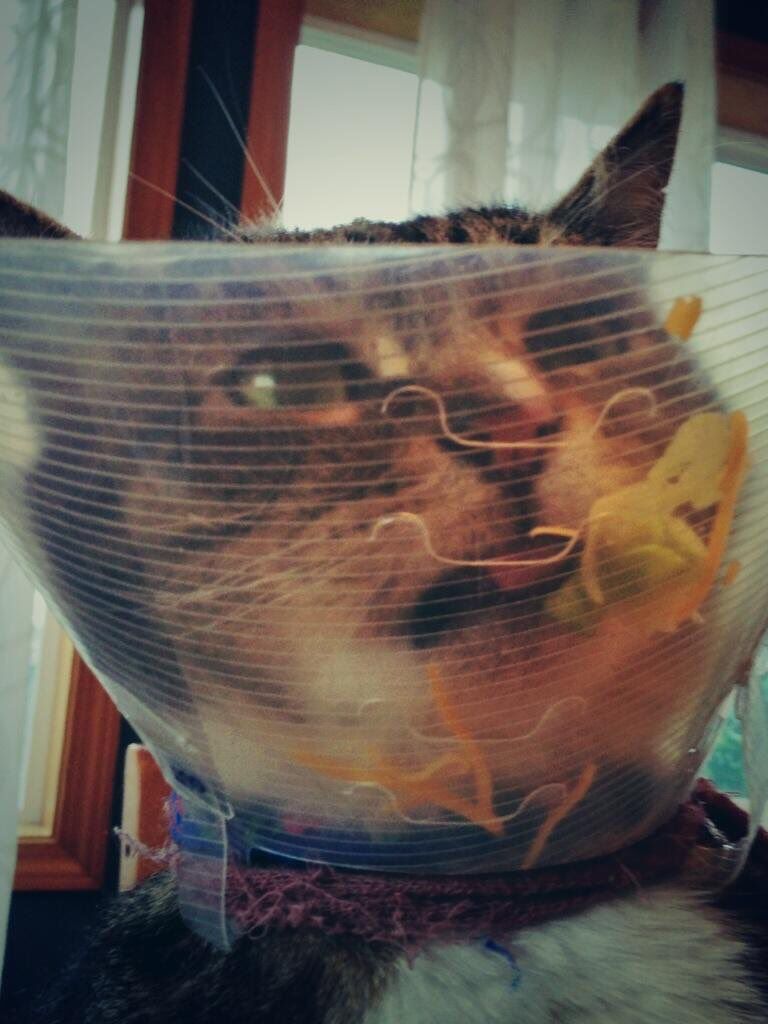 I'm sure that his methods seemed perfectly reasonable in theory. But in practice? Not so much.

3. "Check for cat arm before closing." 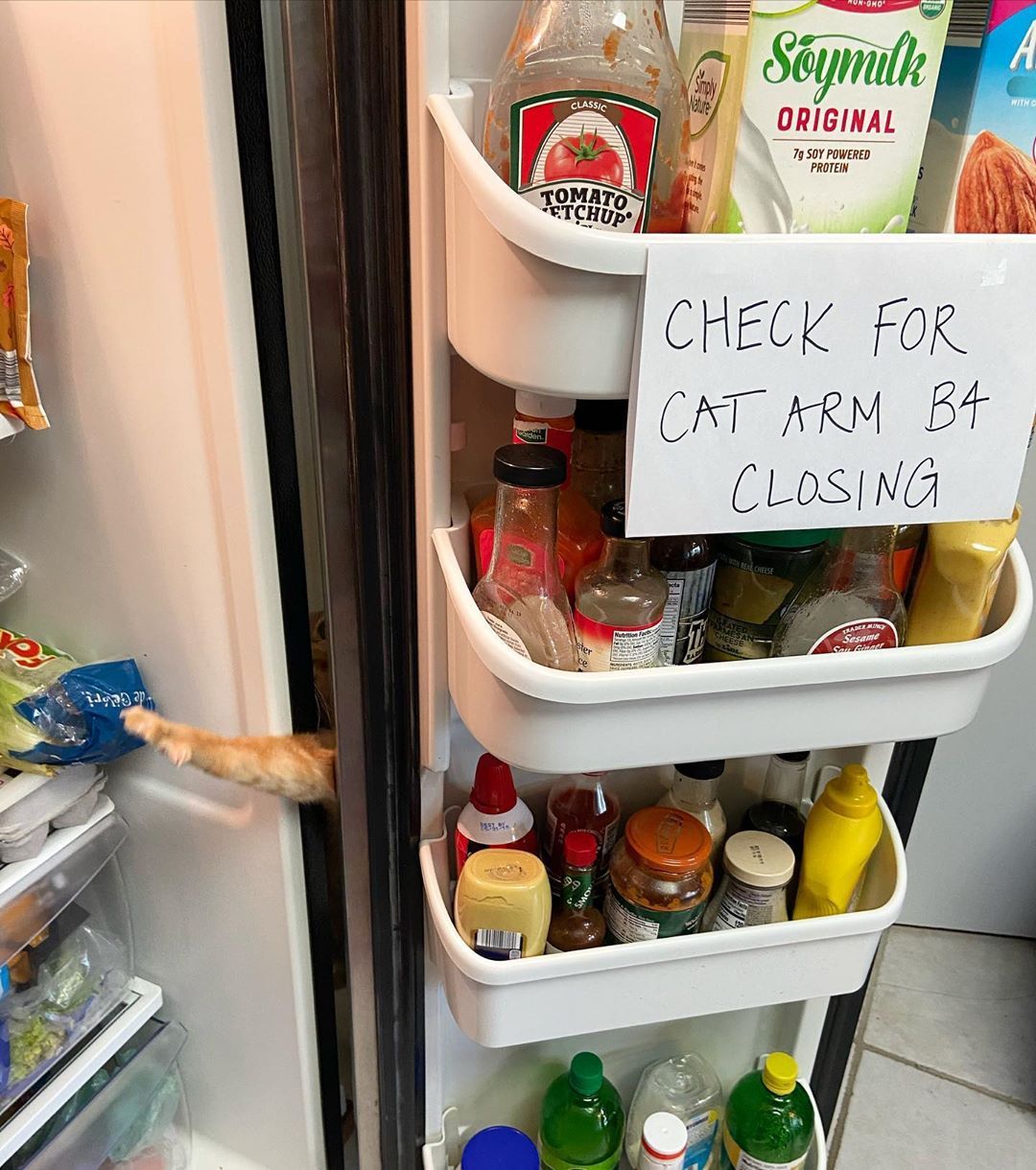 I'm not sure why this cat is so keen on grabbing lettuce but he's really going for it. And has clearly gone for it enough times to warrant a sign.

He's dedicated, I'll give him that.

4. "Just want to apologize to any of our neighbors who are missing a full rack of ribs." 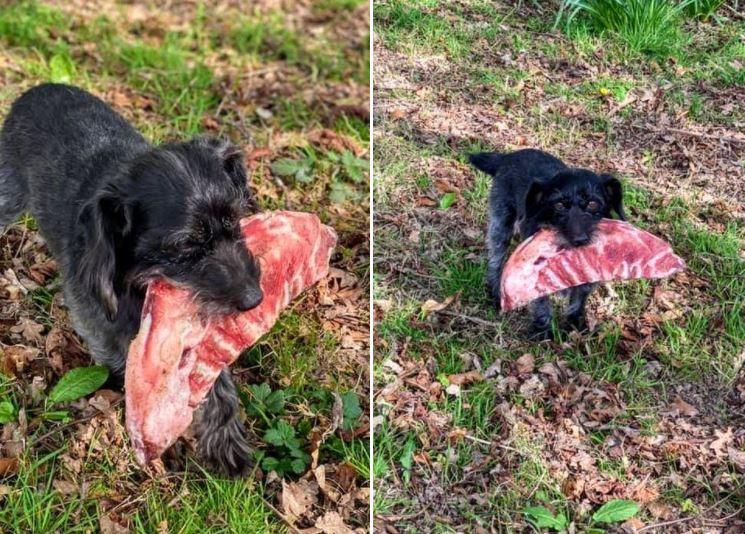 Someone's barbecue just got ruined. But on the plus side, look at this lil' puppy. I'm sure no one was able to get mad at him.

I know I wouldn't be. Take all the ribs you want, you earned them.

5. "He likes to steal stuff, when you catch him he pretends to be asleep." 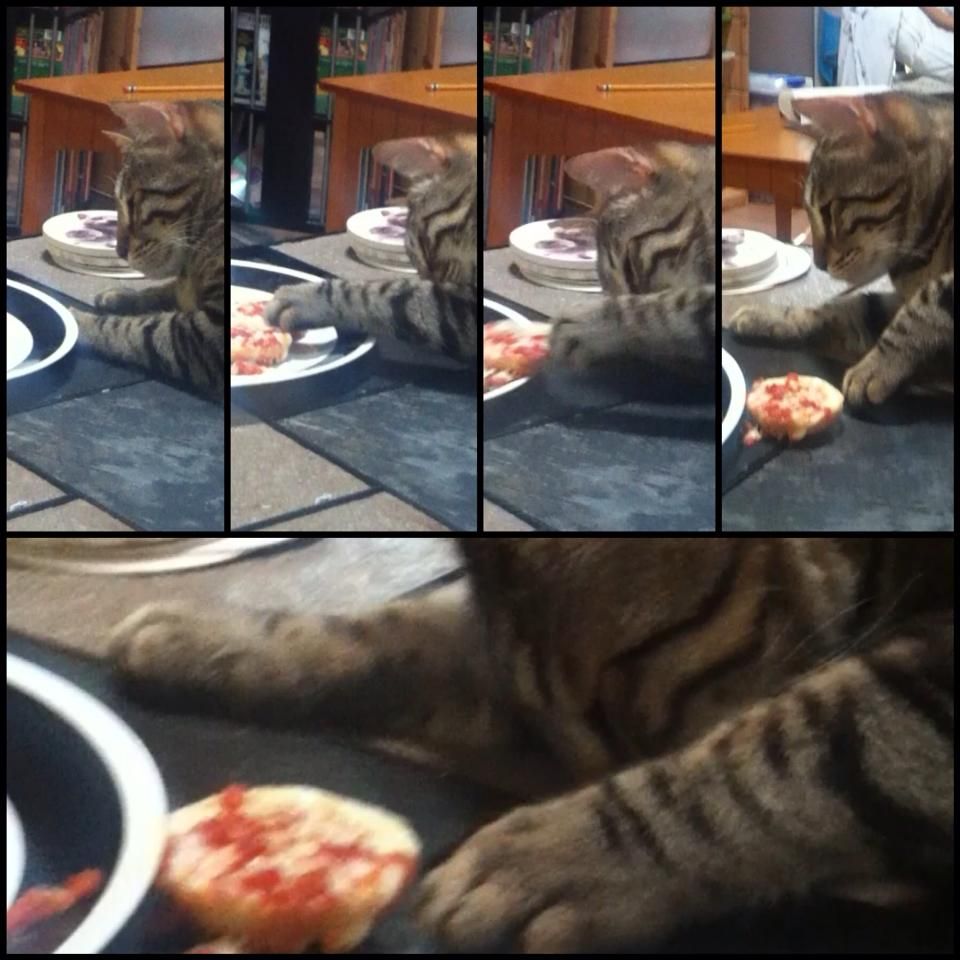 Honestly? Genius. I just might have to try that next time I steal fries off my boyfriend's plate at dinner.

6. 'Merry Christmas here's my cat getting busted for taking a cinnamon roll 2 seconds after we told him no." 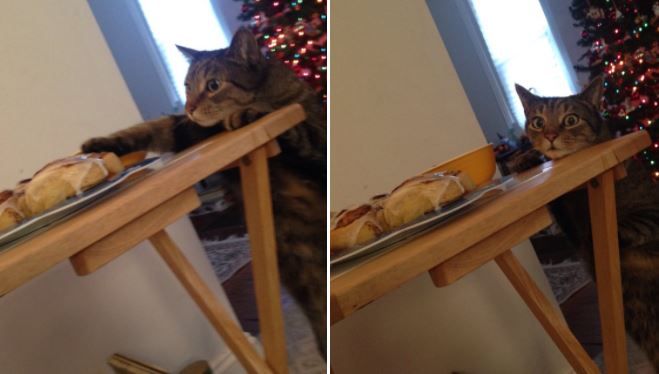 That is the face of a cat who has cinnamon buns on the brain and will not stop until he has them in his tummy, too.

7. "My dog escaped. Showed up at the front door with unopened nachos." 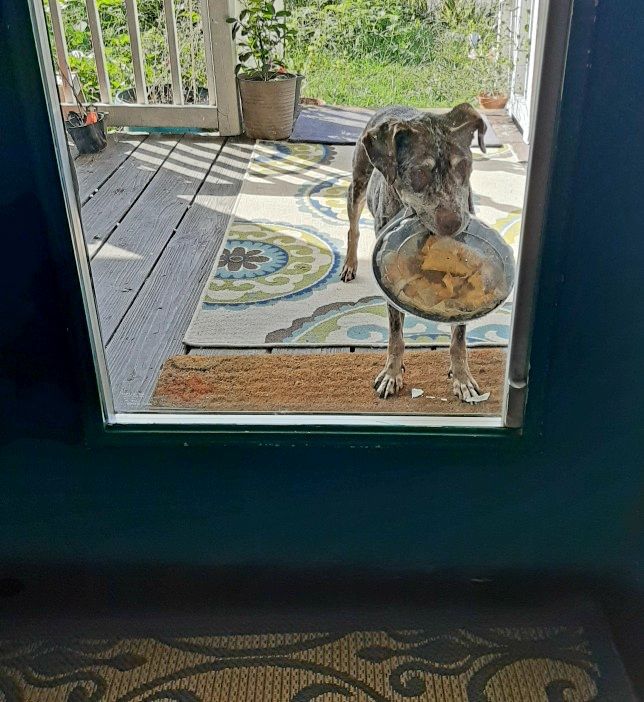 Okay, hear me out: the nachos are unopened... Maybe this dog is on to something here?

No? Just me? Alrighty then. 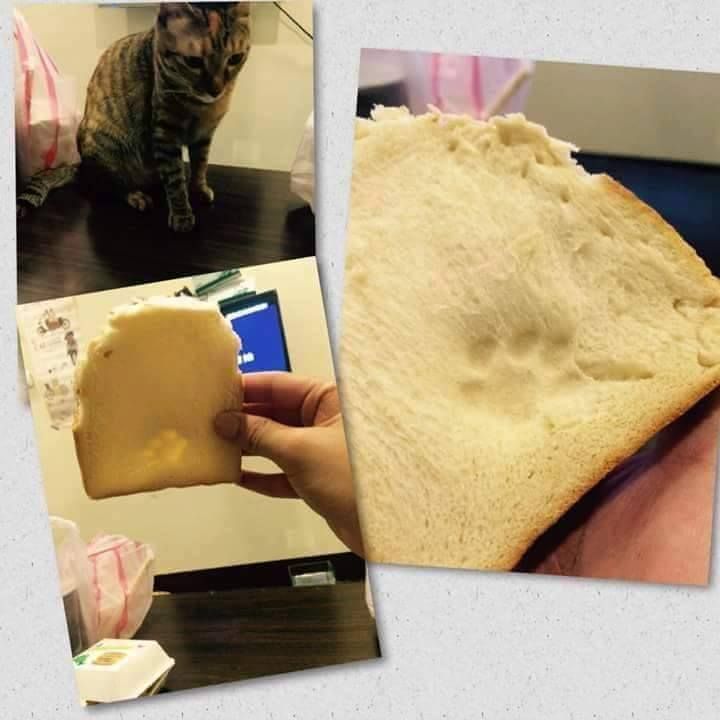 Hmm, can't say for sure, but I think it was the dog.

Better go question him. And leave the bread.

9. "The identity of the flour thief remains a mystery. Investigations continue." 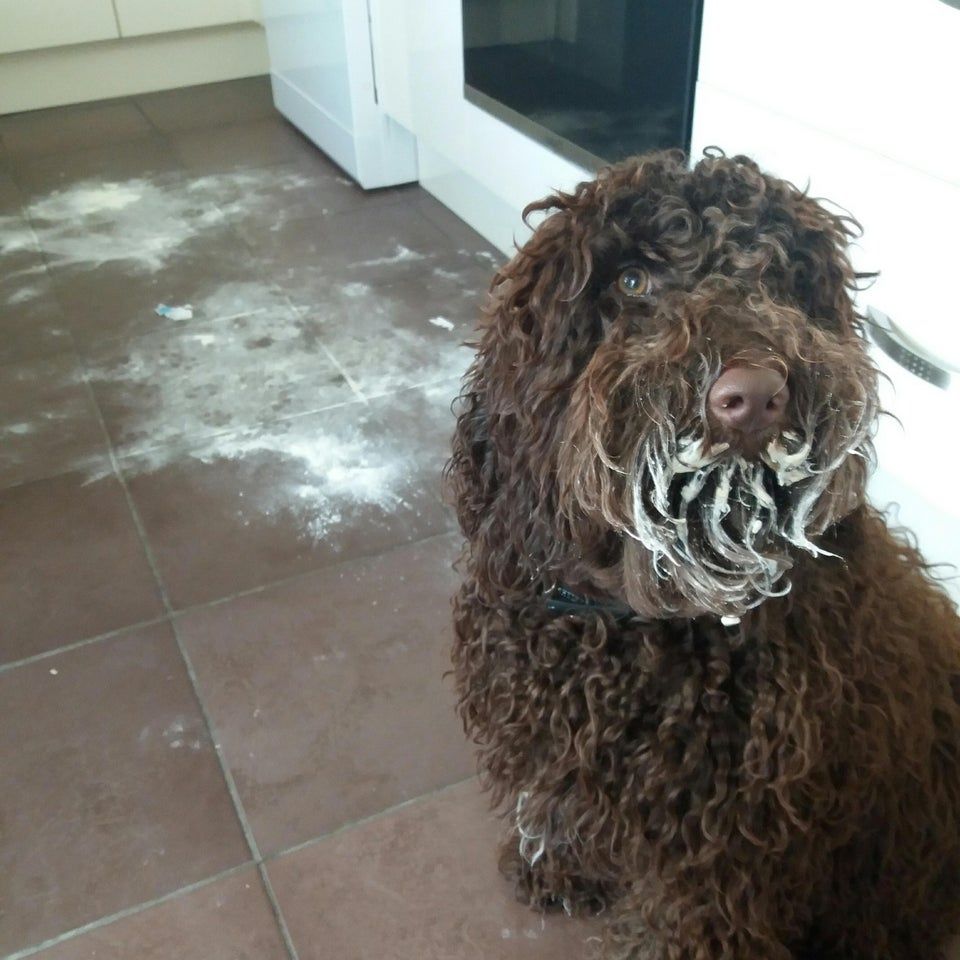 Another great mystery. But when you find the culprit, make sure you let wondering minds know. This guy in particular looks pretty invested in the investigation. 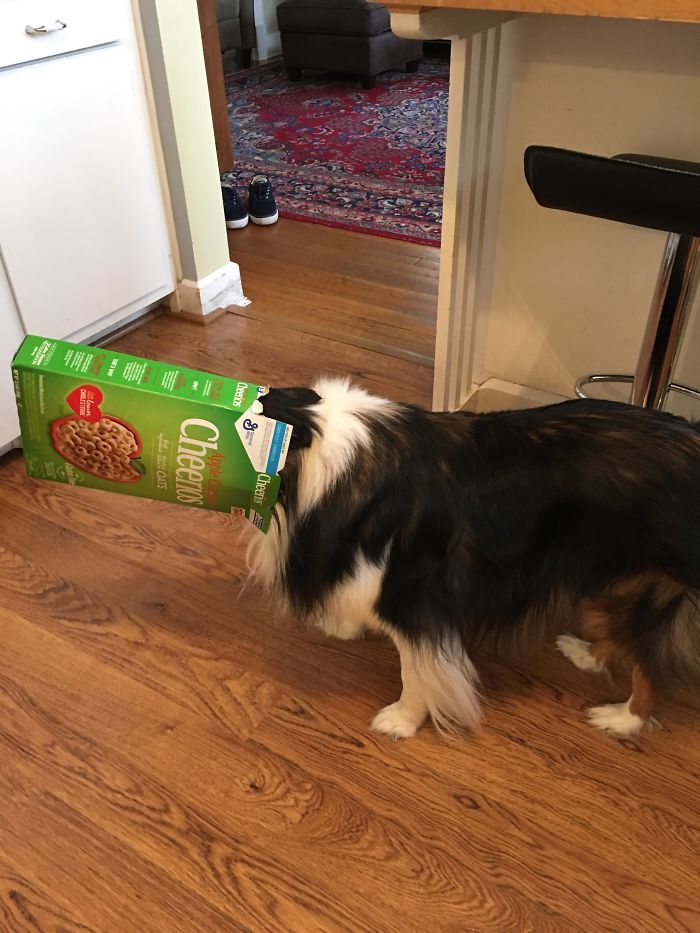 Much like that one cat's method of pretending to be asleep, I also appreciate this dog's go-to of simply freezing. Maybe if you look like a statue, they will think you are a statue, and therefore will not scold. 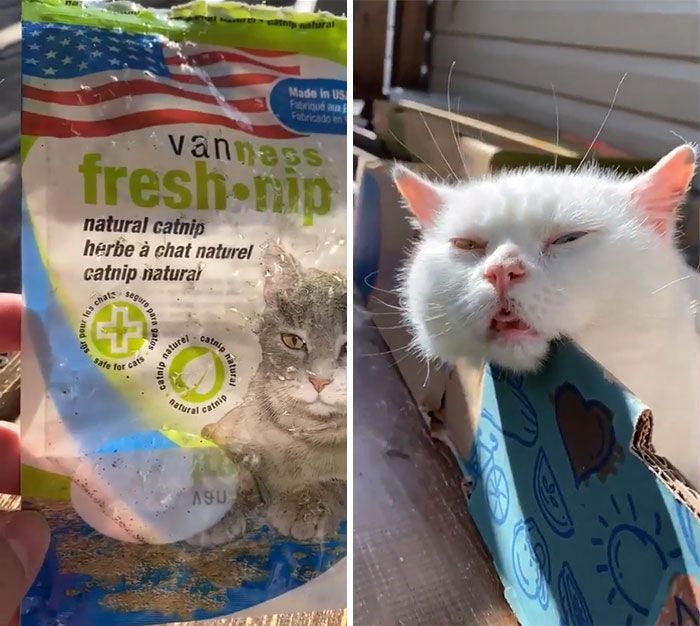 Truly unsolvable. In the meantime, maybe we should leave his cat alone because he's clearly vibing and probably doesn't want to be interrupted.