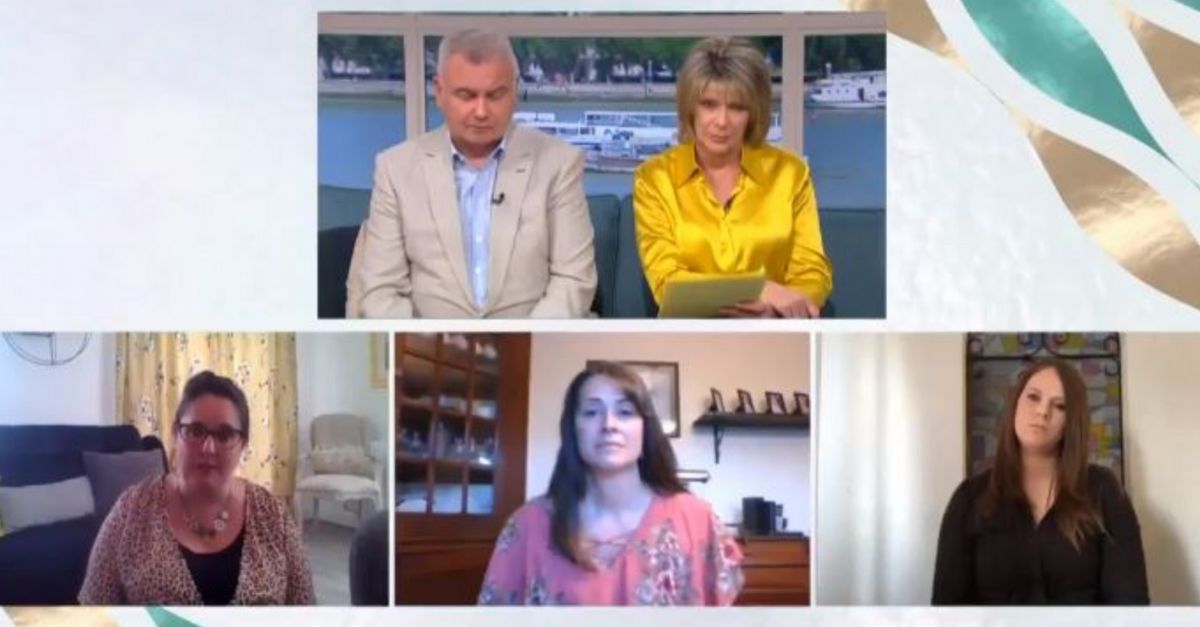 If you've spent enough time on pretty much any social media platform, you've likely seen at least one clip of someone users have taken to calling a "Karen" making a scene about some store's face mask policy or threatening people of color on the basis of their race.

As the name would suggest, this label tends to fall on middle aged women who exhibit this behavior, while men who do so may find themselves characterized as "Kens" or "Kevins" but there's far less of a consensus with them than there is with Karens.

It's likely for this reason that some women who happened to be named Karen are now pushing back against the meme that now makes their name unpopular.

On August 3, a panel of three women named Karen appeared on the British talk show This Morning to discuss what they considered an unfair reputation now associated with their names.

Although footage from this segment no longer appears to be accessible from the show's Twitter account, Newsweek quoted Karen Masters (left) as saying, "I just noticed a few, sort of memes and TikToks going on and it started off being quite funny if I'm honest."

However, Masters said she noticed a change in the characterization of a "Karen" as protests against systemic racism began to emerge in June. 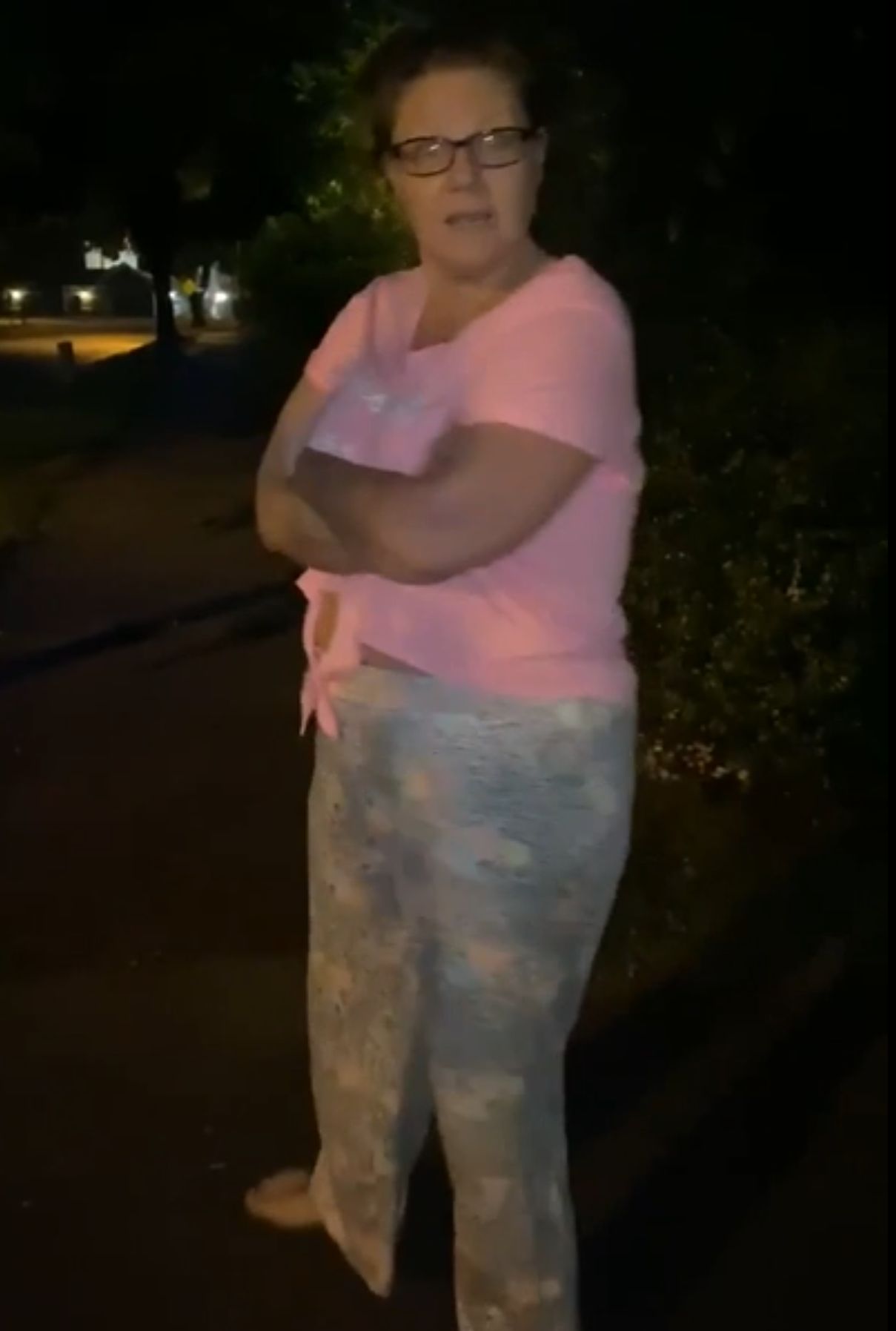 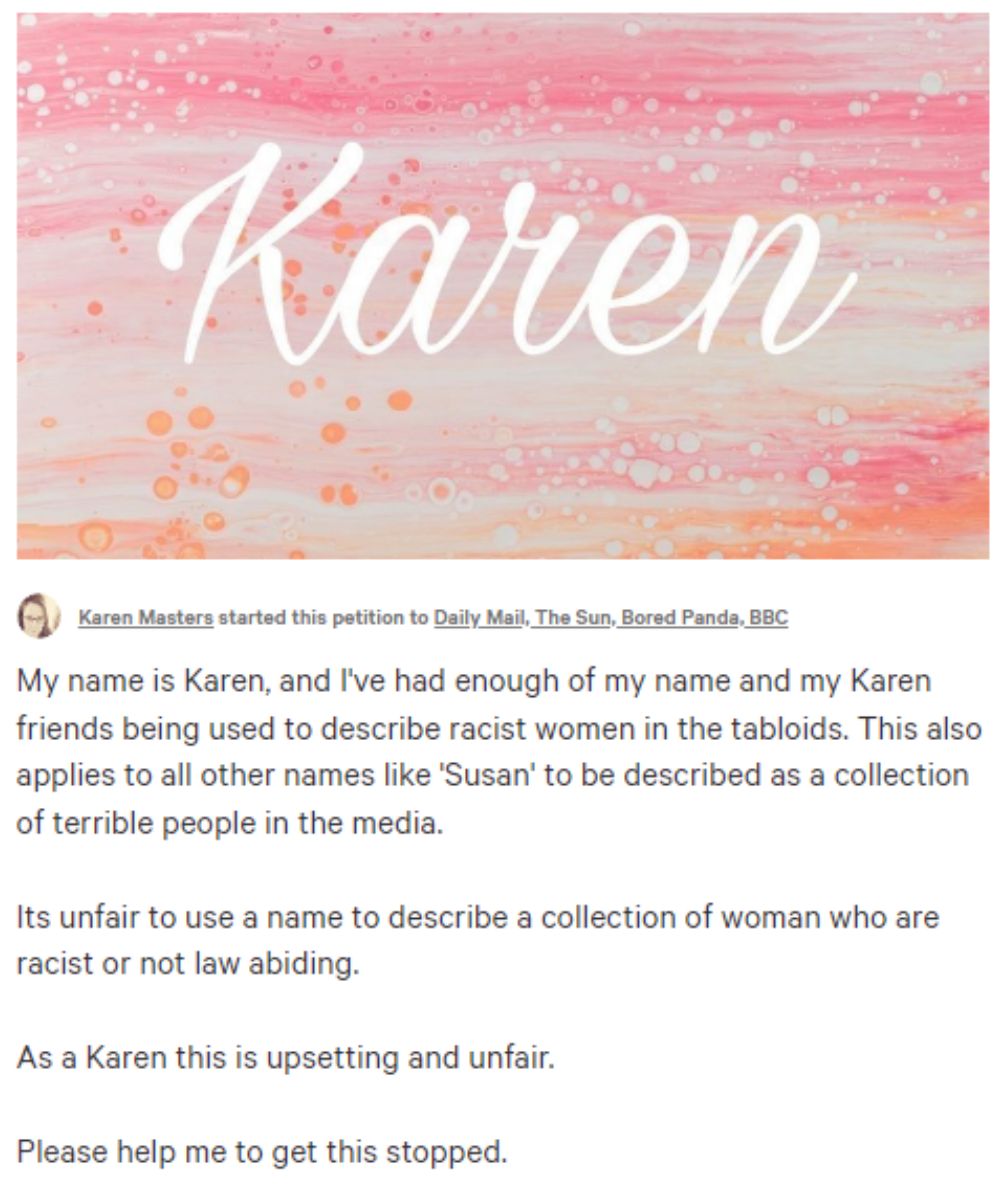 As Newsweek reported, Masters said she could see the irony in lodging a formal complaint against the meme but nonetheless forged ahead.

As she said, "And I feel that we can't, as Karens, now talk about how it's affecting us because we are told that we're entitled if we do this."

Indeed, it seems the irony of the petition wasn't lost on some Twitter users either.

To critics like @TyrsApprentice, this move likely seemed like an attempt to speak with the manager of the cultural zeitgeist.

It's like for this reason that the petition description has since been edited to address broader "name shaming" and now bears no mention of the name Karen.

At the time of this writing, the petition has fallen slightly short of its 1,000 signature goal.

However, it seems that other users with no stake in the reputation of the name Karen are also arguing that the idea of a "Karen" is now harmful.

For them, this has less to do with those who happen to be born with the name and more to do with the dangers of characterizing a systemic problem as simply perpetuated by its most obvious cases.

This criticism of the Karen meme seems to tap into a similar feeling that underscored part of why Green Book's win for Best Picture at the 2019 Academy Awards was so maligned.

But regardless of why certain critics would like the Karen meme to die out, there doesn't seem to be any sign of its popularity slowing down.