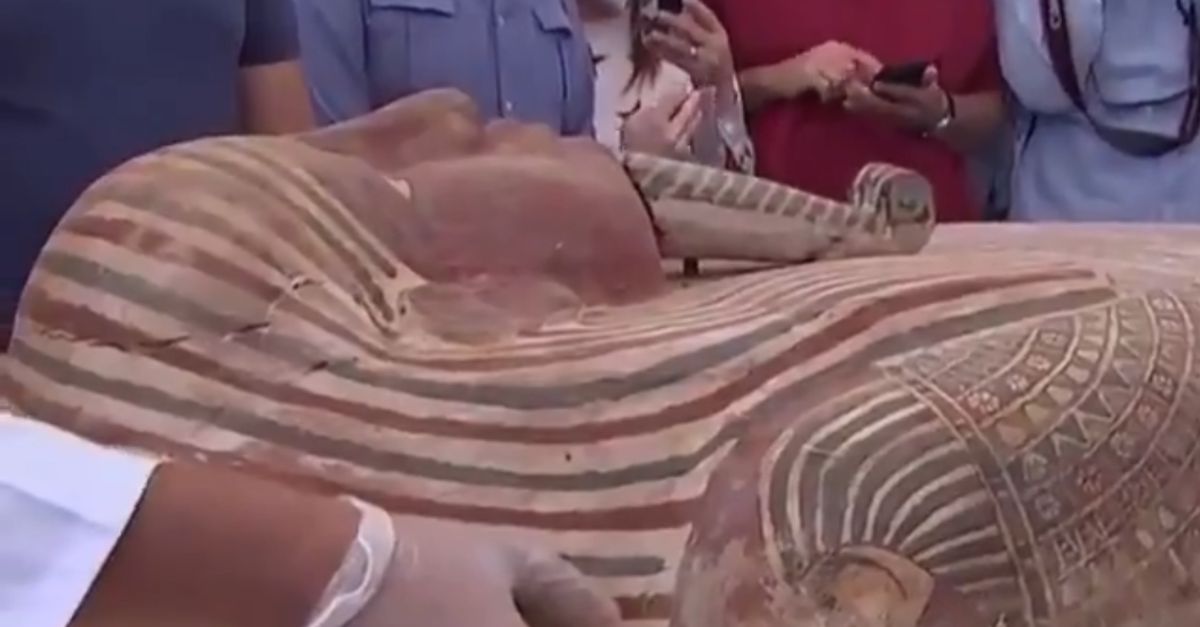 Ancient Egyptian Coffin Opened For The First Time In 2,500 Years In Cool Video

When a lot happens in one place, that place will likely show evidence of it for decades, if not centuries.

For instance, the fact that Europe was the epicenter for two world wars is evident not only in the remnants of the trenches that defined World War I but also in the fact that people are still finding unexploded bombs in Germany over 70 years after the last ones fell.

And thanks to the hard work of archaeologists throughout the world, this is just as true for civilizations that existed thousands of years ago as it is for historical events within the last century.

And as we'll see in the full video, it's still possible to find motherlodes of ancient artifacts millennia after they were buried. 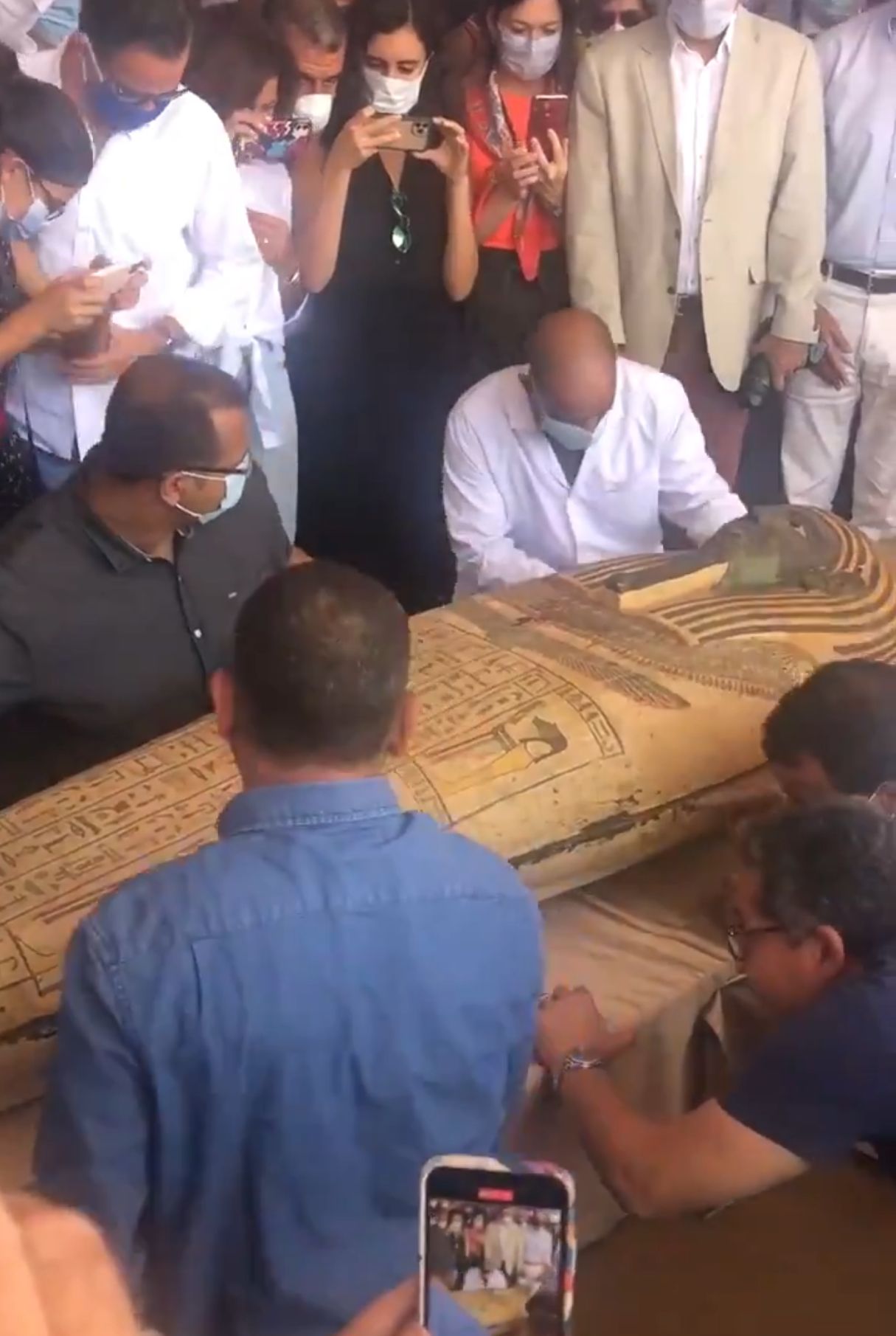 As the BBC reported, the wooden coffins painted in a variety of colors were both remarkably well-preserved and were part of what could be the largest ancient discovery of its kind.

That's especially apparent in light of the fact that another 32 of them have since been found, according to ABC News.

Saqqara was used as a burial site for over 3,000 years and was filled by citizens of Memphis, which was once Egypt's capital. 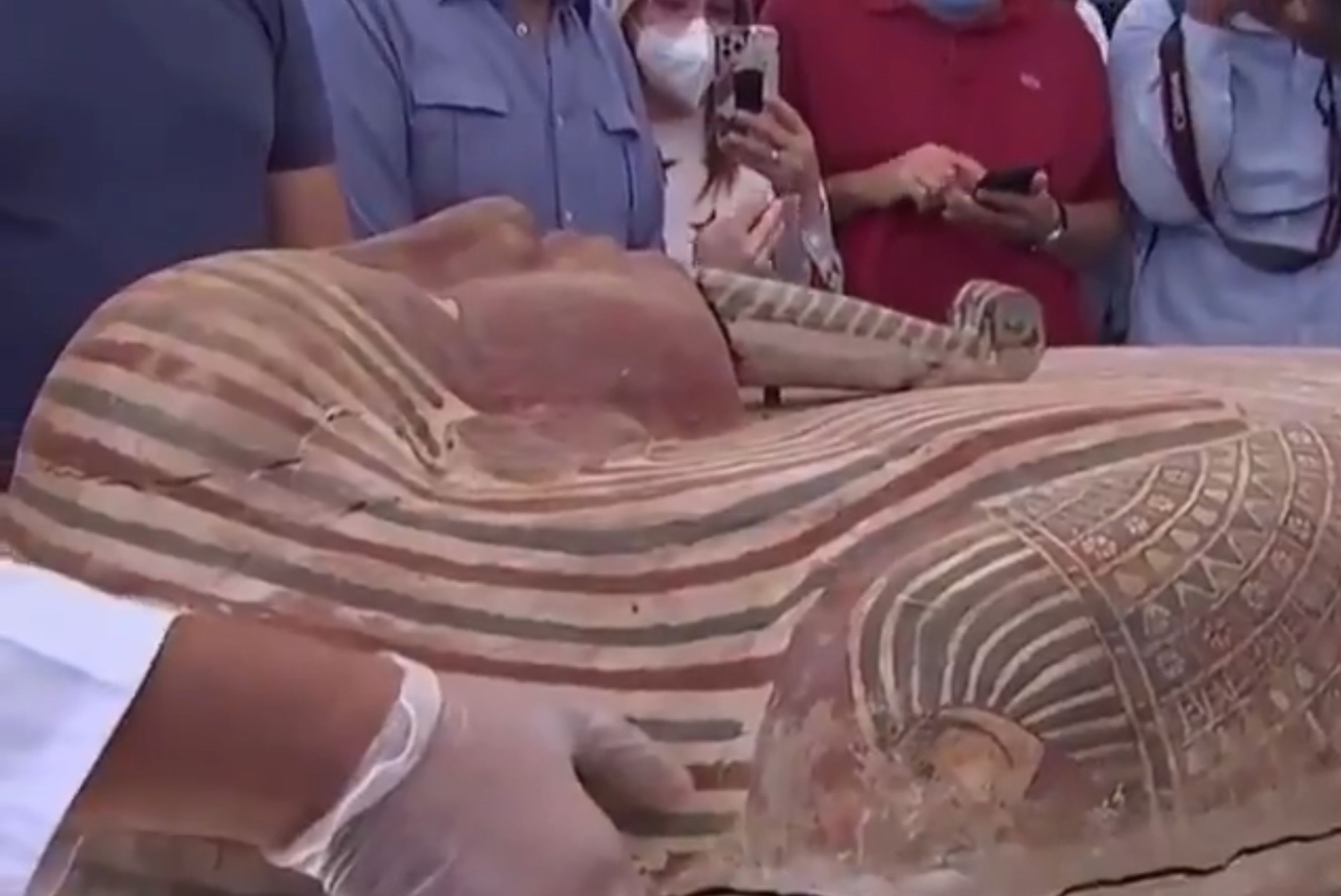 As the BBC reported, the newly-uncovered sarcophagi hadn't been opened for 2,500 years.

However, ABC News reported that restorers did exactly that before a crowd of reporters on October 3. The bodies inside were identified as priests and officials during the ancient kingdom's 26th dynasty.

The two coffins that were opened for reporters apparently featured members of the same family.

But while these finds are impressive on their own, they're apparently just the tip of the iceberg. 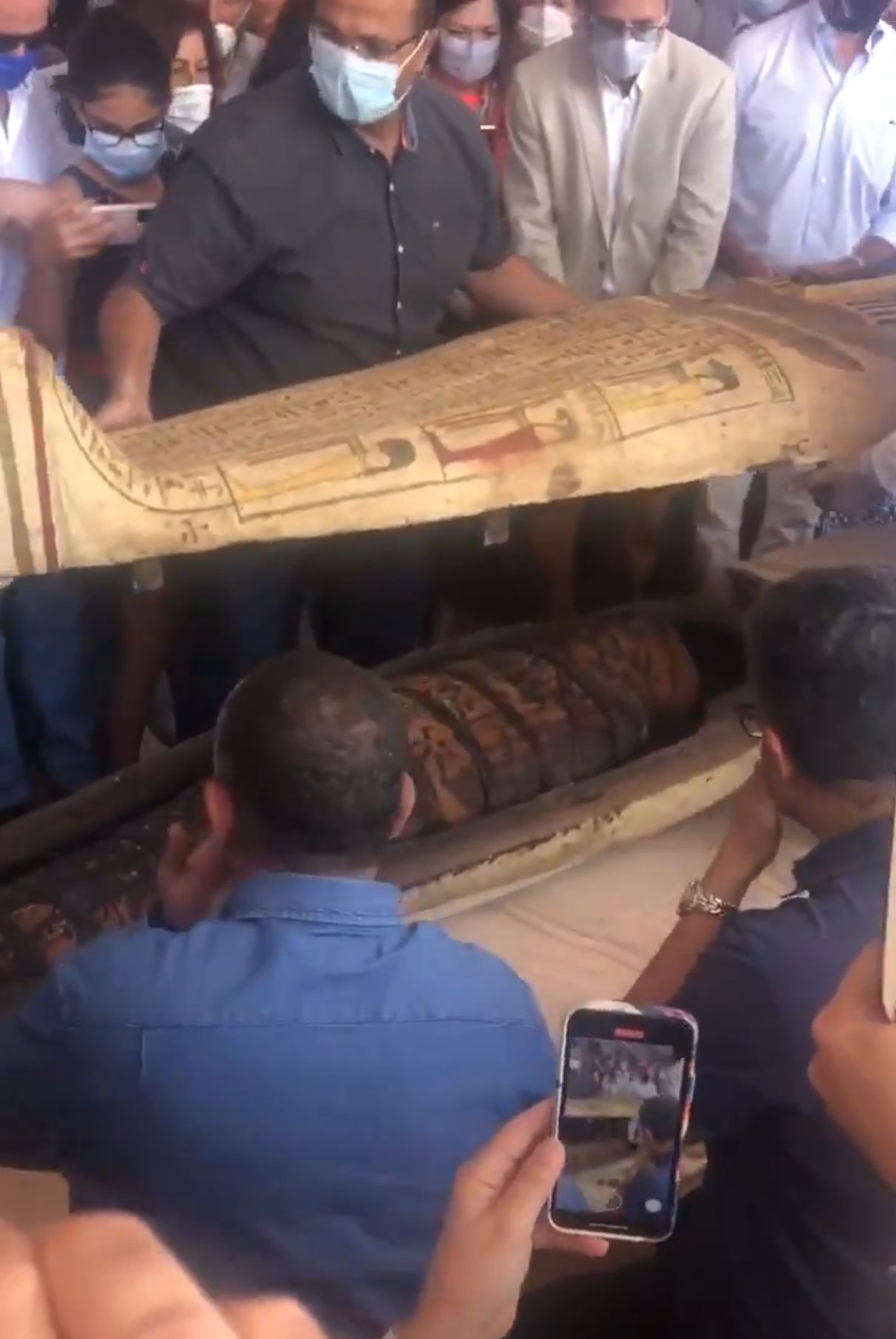 As Egyptian Antiquities Minister Khaled El-Anany said, "This is not the end of the discovery -- this is only the beginning."

Indeed, ABC News reported that officials expect dozens of other sarcophagi to be exhumed from Saqqara.

As for how many coffins were discovered at once, archaeologists found them stacked on top of each other in burial shafts with average depths of 39 feet. 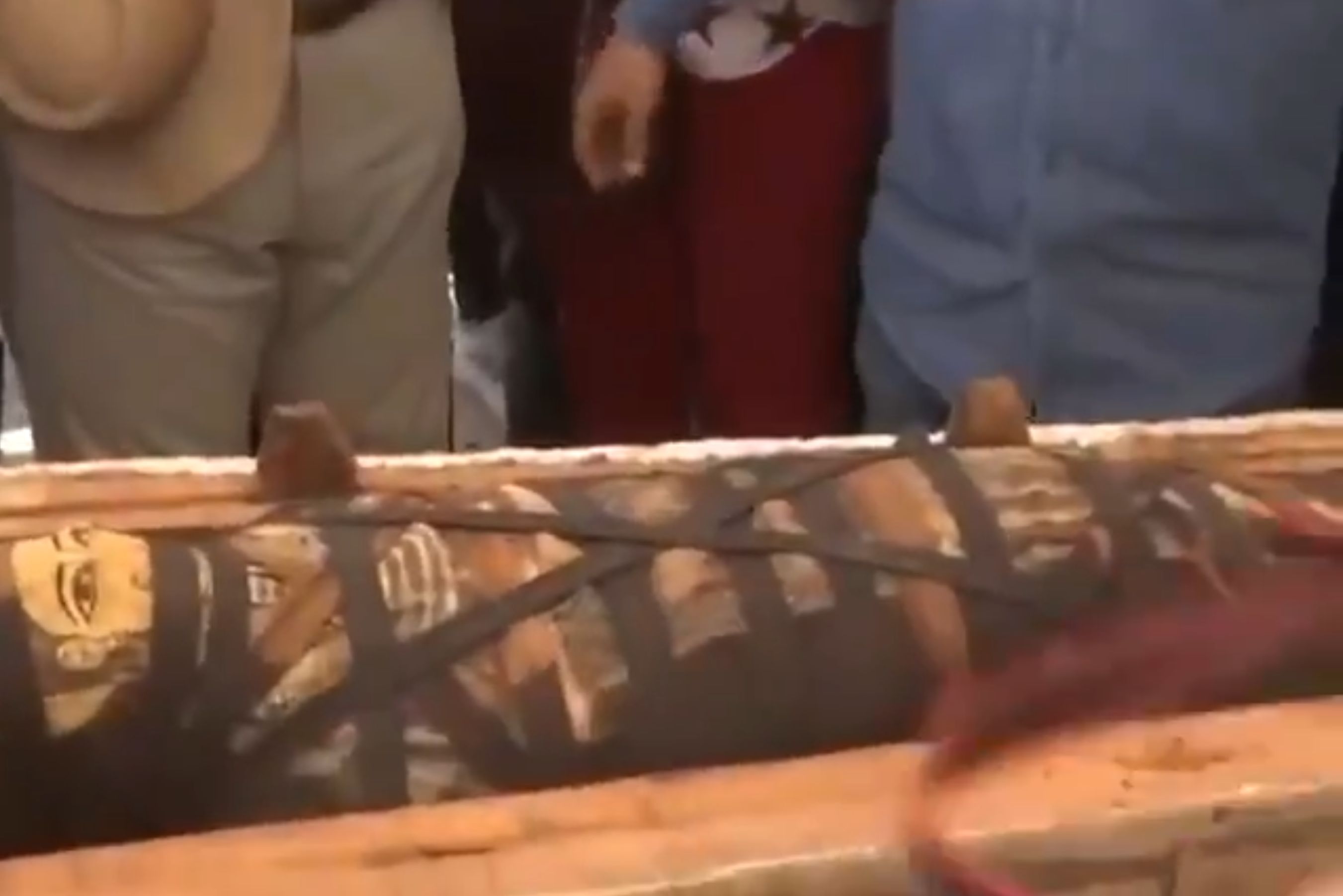 As ABC News reported, these shafts also held a collection of other artifacts that included a 14-inch bronze figure depicting the god Nefertum and another in the likeness of Ptah-Soker, the patron god of Saqqara.

As you might expect, each of these recently-discovered artifacts are eventually heading to a museum. 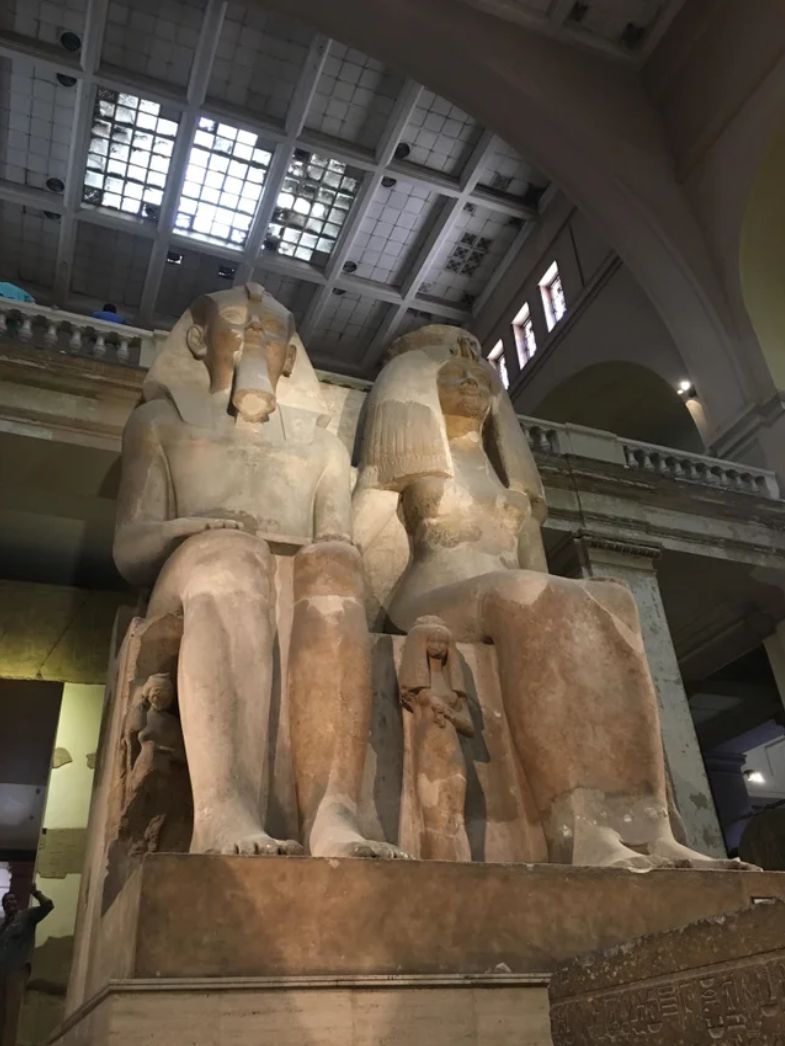 Specifically, the Grand Egyptian Museum that's located near the great pyramids of Giza.

It's worth noting that this isn't the museum pictured here, as the Grand Egyptian Museum will likely not be open to the public until at least next year.

To get a look at the contents of one of the coffins, check out the full video.

It's worth noting that the clip doesn't feature any mummified remains as they are contained in another case inside. So you don't need to worry about seeing anything gross.

The re-opening is also visible from another angle here.