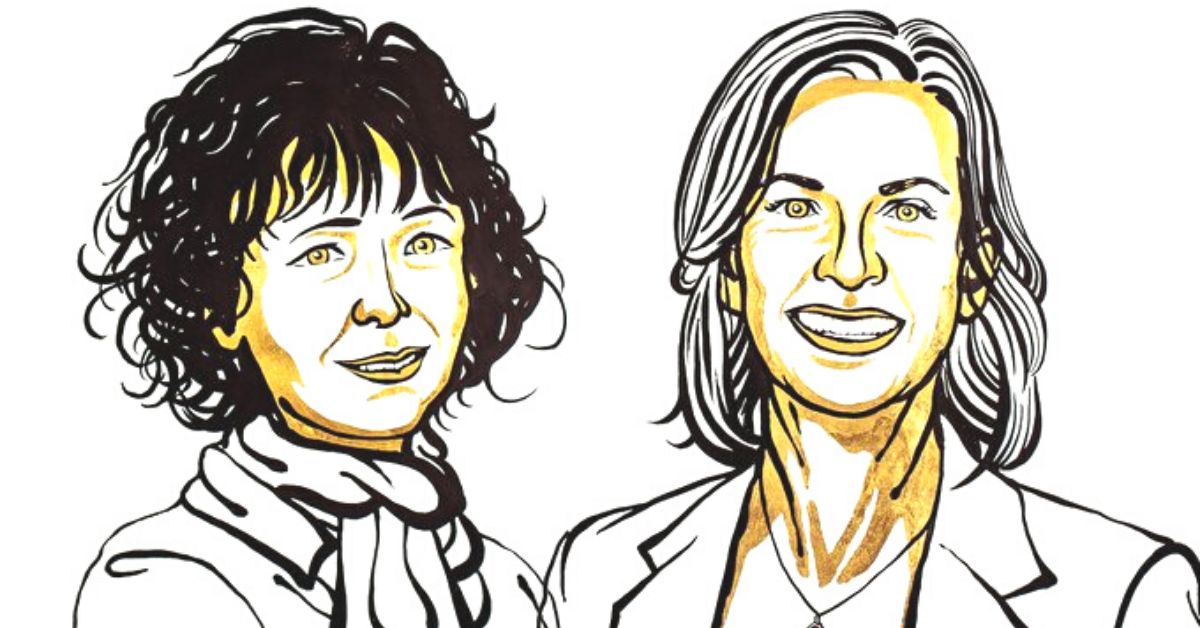 France's Emmanuelle Charpentier and America's Jennifer Doudna expressed shock at learning that they had made history, becoming the first pair of women to be awarded the Nobel Prize for Chemistry together, ABC News reported.

With each working in their respective nations, Charpentier and Doudna developed the groundbreaking CRISPR/Cas9 gene editing technology for which they've received the prestigious Nobel Prize.

Their tool has been hailed as revolutionary even as the ability to edit genes with ease has raised many ethical quandaries.

In 2018, Chinese scientist He Jiankui used CRISPR to make gene-edited babies in an attempt to engineer resistance to the AIDS virus, an experiment that was widely denounced and for which he's currently imprisoned in China.

"There is enormous power in this genetic tool, which affects us all," Claes Gustafsson, chair of the Nobel Committee for Chemistry, said in a press release. "It has not only revolutionized basic science, but also resulted in innovative crops and will lead to groundbreaking new medical treatments."

Despite the controversy, the Nobel committee couldn't overlook CRISPR's potential.

Although Charpentier and Doudna made their discovery of "genetic scissors" that can "rewrite the code of life" in 2011, the committee had passed it over largely due to the ethical concerns around it, CNN reported.

But as the committee announced in its press release, CRISPR has also been used to develop "crops that withstand mould, pests and drought," as well as helping with the development of new cancer therapies.

"There is still vast potential for CRISPR to bring further benefit to humanity, provided that it is used in diligent and well-regulated way," said Sarah Norcross, director of the Progress Educational Trust, according to CNN.

Nevertheless, the pair received the news of their Nobel win with no small amount of surprise.

"Strangely enough I was told a number of times (that I'd win), but when it happens you're very surprised and you feel that it's not real," Charpentier told reporters, according to ABC News. "But obviously it's real, so I have to get used to it now."

Doudna told AP News that she'd only heard the news from a reporter. "I literally just found out, I'm in shock," she said. "I was sound asleep."

"My greatest hope is that it's used for good, to uncover new mysteries in biology and to benefit humankind."

The pair also spoke of the importance of their historic win as role models.

Saying that she considers herself a scientist first, Charpentier said that the first chemistry win by two women is "reflective of the fact that science becomes more modern and involves more female leaders."

"I do hope that it will remain and even develop more in this direction," she added while also suggesting that she thought it "more cumbersome to be a woman in science than to be a man in science."

"I wish that this will provide a positive message to young girls who would like to follow the path of science."

Three women have been awarded a Nobel Prize in sciences on their own before.

Marie Curie was the lone recipient for chemistry in 1911, and Dorothy Crowfoot Hodgkin took home the award in 1963, while Barbara McClintock won the Nobel for medicine in 1983.

The award comes with a gold medal and 10 million kronor (more than $1.1 million US), which Doudna and Charpentier will split.