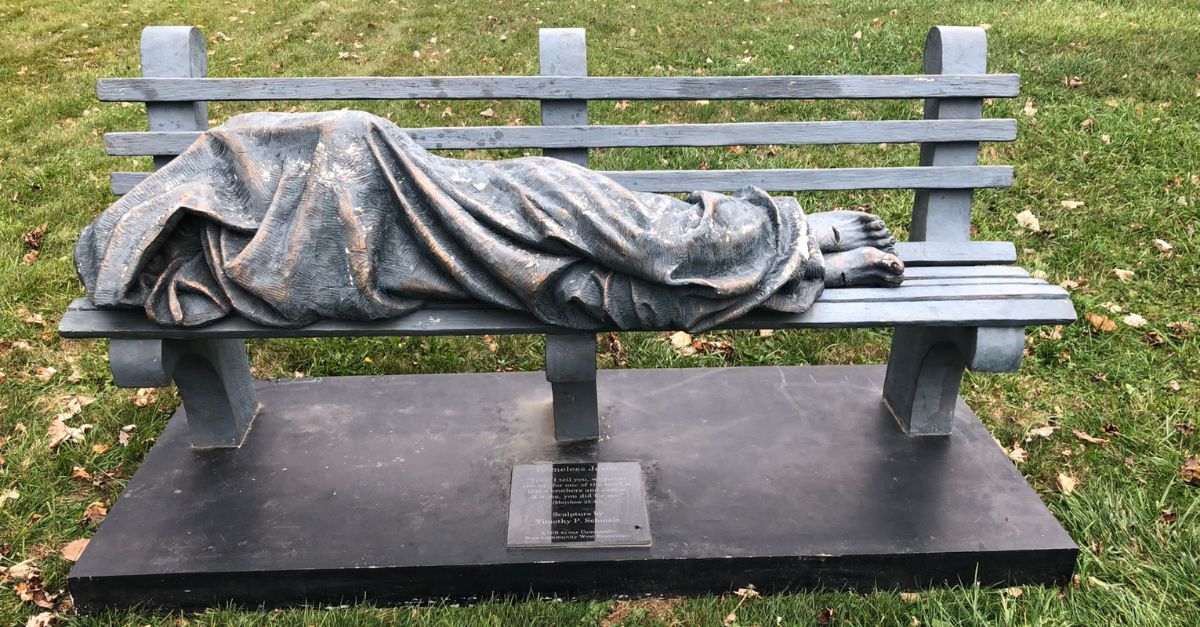 Although homelessness is as prevalent of an issue as it's ever been, that doesn't mean it's easy to get people to agree on how to handle it.

It should be noted that there are many people in the world who look at the issue and the people affected by it with a compassionate eye. Not only that but research conducted throughout the world is showing increasingly interesting results and potentially providing communities with a sustainable toolkit to tackle the problem at large head-on.

However, that doesn't mean that it's unusual to see the issue reduced to how uncomfortable others are seeing homeless people in public spaces. As The Guardian reported, such philosophies can even be built into those spaces through what's known as "hostile architecture." These can include spikes on ledges, dividers on park benches, and other features intended to keep homeless people from sleeping in certain areas.

So while it's not hard to see how a statue that resembled a sleeping homeless person came to be treated as it does in the story we're about to go through, the fact that events unfolded as they did show why it exists in the first place.

If you were to look at the works of Canadian sculptor Timothy Schmalz, you'd likely notice a theme. 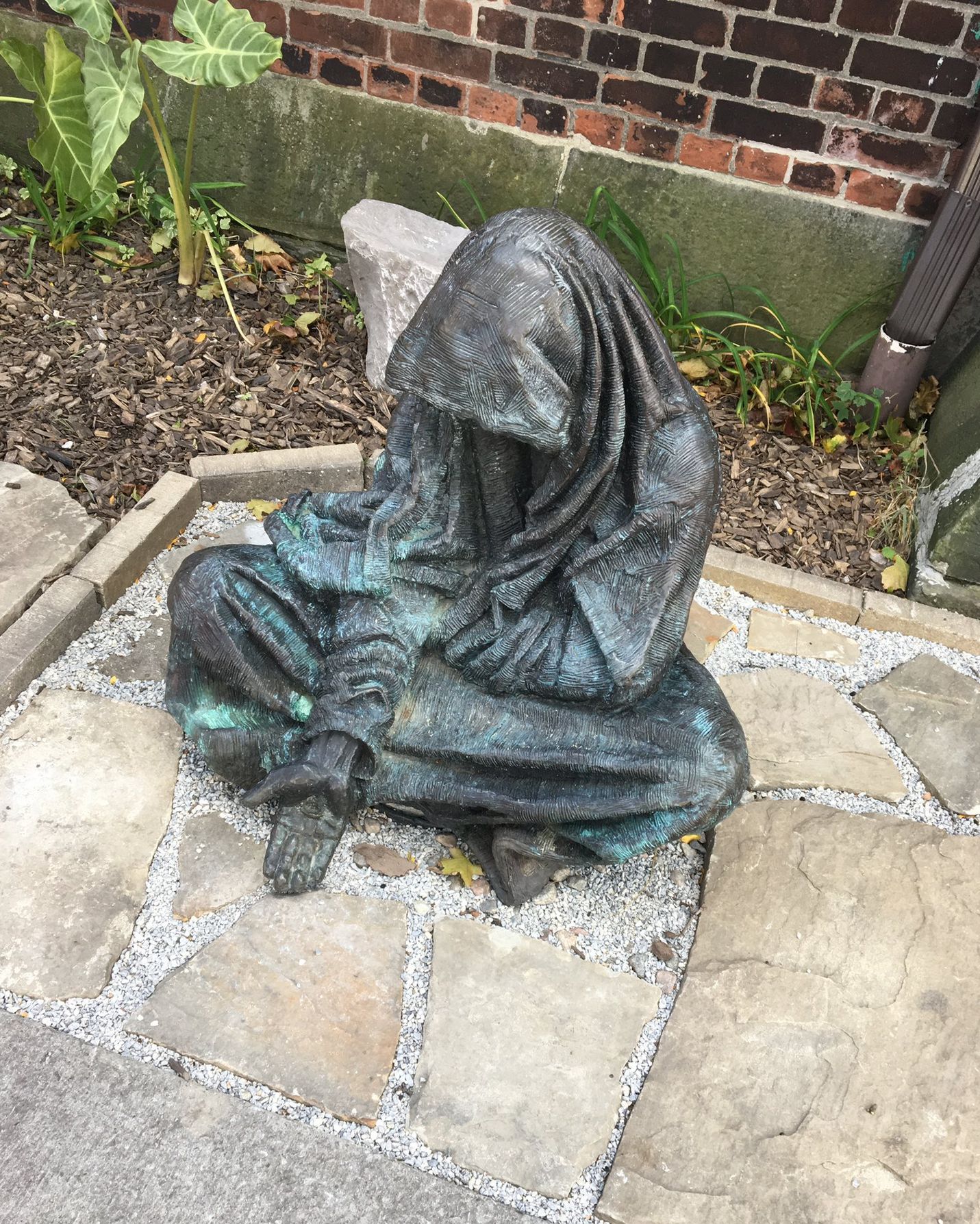 As NPR reported, the artist is a devout Catholic who has made multiple statues that depict Jesus as a homeless person in need.

For instance, this statue largely shrouds Jesus' features but depicts his hands as wounded by his crucifixion in a subtle way only noticeable by those who bother to look closely enough.

Another of Schmalz's sculptures also presents Jesus this way but features him huddled on a bench trying to sleep. 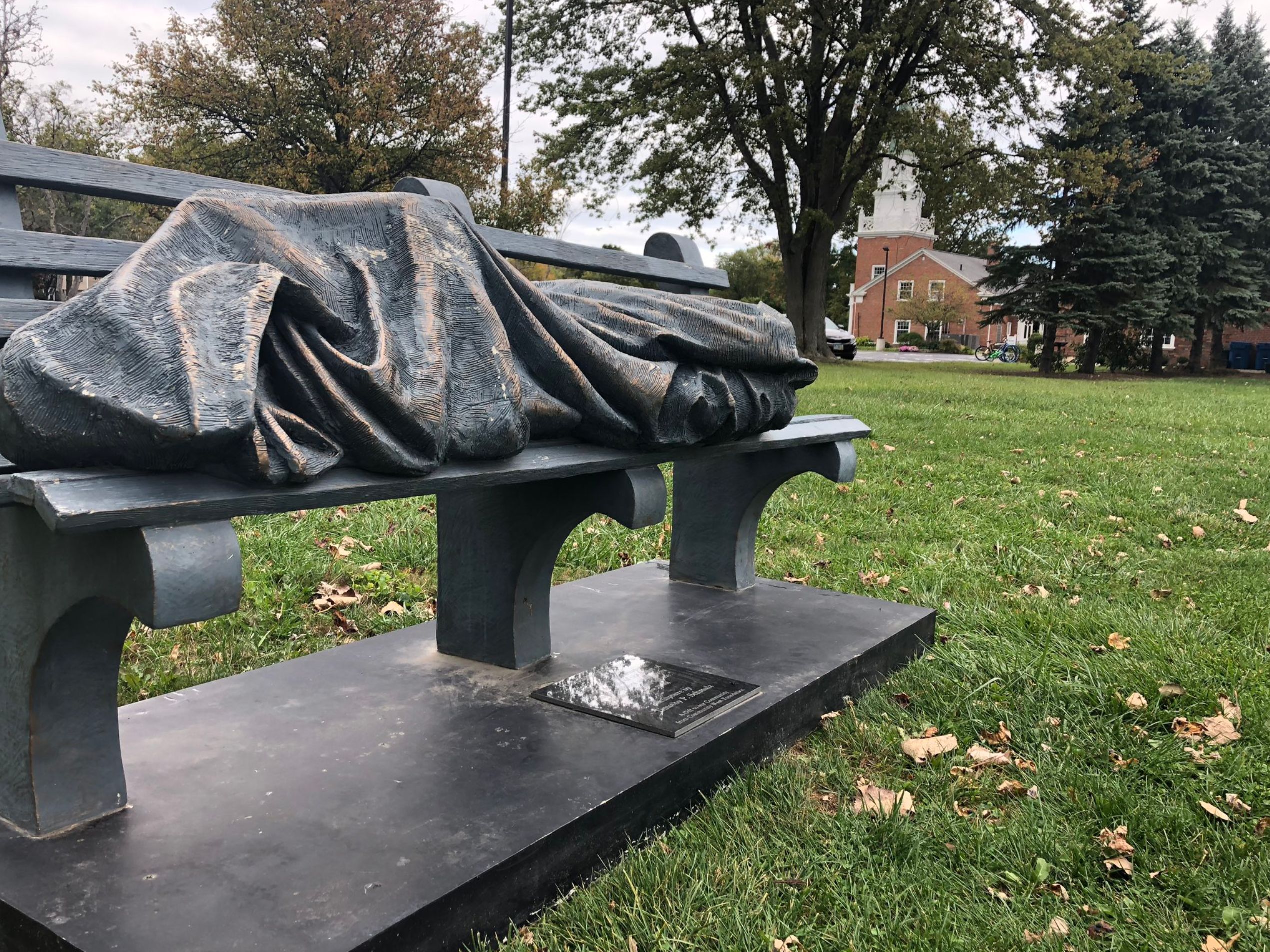 Those in charge of both churches declined, saying that they couldn't accept his casts of the statue while their cathedrals are undergoing renovations. And in the case of St. Michael's, Schmalz was told that appreciation of his statue was "not unanimous."

This apparently didn't come as a surprise to Schmalz, who intended these sculptures to be provocative. 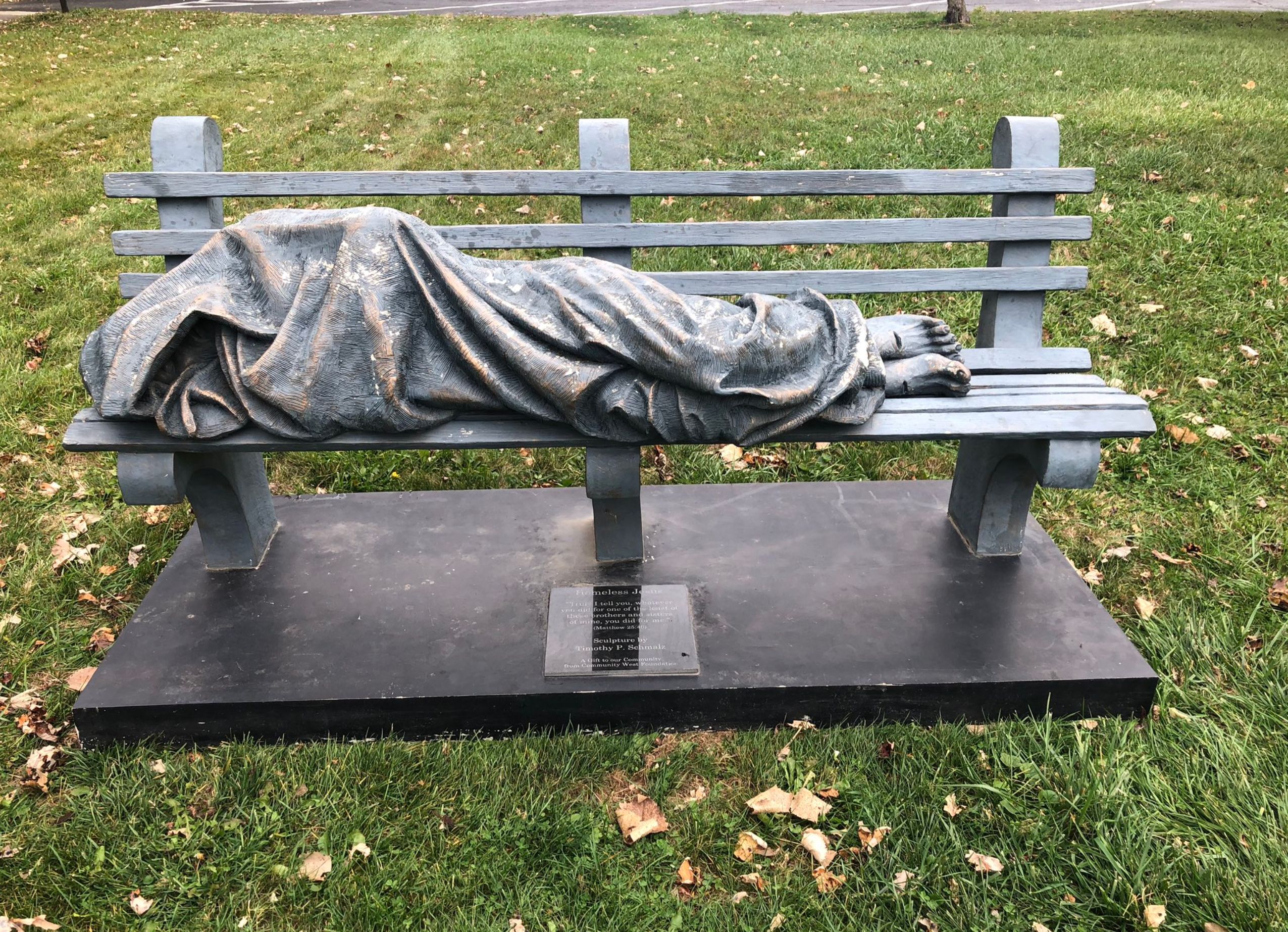 As he said, "That's essentially what the sculpture is there to do. It's meant to challenge people."

Both statues were also included with a plaque that features a relevant Bible verse. In the case of the sleeping Homeless Jesus, it says, "Truly I tell you, whatever you did for one of the least of these brothers and sisters of mine, you did for me."

As Cleveland Scene reported, this message seemed to resonate with the Community West Foundation, who purchased the statue and have been displaying it at churches throughout the region surrounding Cleveland since October of 2018.

It has most recently been installed at the St. Barnabas Episcopal Church in an area known as Bay Village and it's set to remain there until December 1.

However, when the church announced its presence on Twitter, it was clear that it proved just as provocative as ever.

Although Cleveland Scene reported that it was presented alongside a link to a drive raising money for local homeless people, critics accused it of being performative and an impractical way to address the problem.

But as we can see from a subsequent tweet shared by Alex Martin — a priest at St. Barnabas — it soon became clear that the statue's message was more relevant than critics might have expected.

As Martin shared, someone had apparently mistaken the statue for an actual homeless person within 20 minutes of its installation and responded by calling the police. According to NPR, the same thing happened when the statue was set up in Davidson, North Carolina back in 2014.

Although the responding officer was reportedly "extremely professional" and curious about the statue, Martin hopes that the incident inspires productive conversations about homelessness and how to help those in need.

As he told Cleveland Scene, "Perhaps the statue will inspire those who see it to take action and help... Seeing Jesus depicted this way reminds us that Jesus identified with the outcast and marginalized in his own day. He spent much of his time with tax collectors and prostitutes, largely to the chagrin of polite society."

If nothing else, it certainly makes it clear that we have a long way to go if even something that bears a passing resemblance to a homeless person inspires the same knee-jerk reaction six years apart.