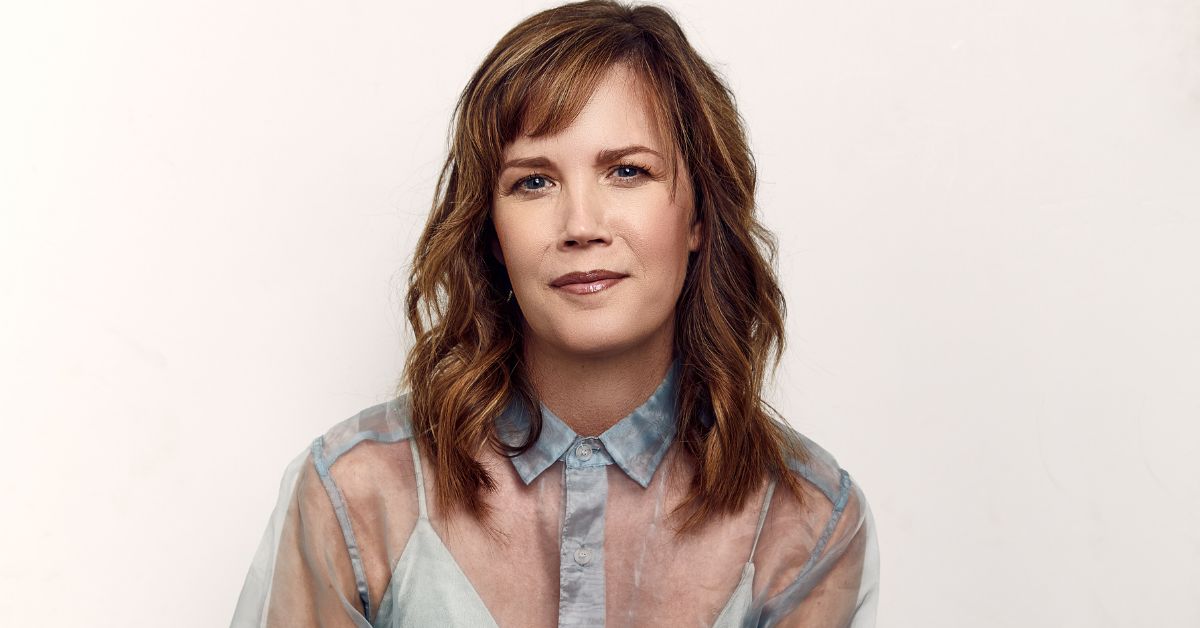 Adria Tennor Opens Up About Creating New Series 'Fetish': 'You Have To Greenlight Yourself'

Actress, comedian, writer, producer, and director Adria Tennor isn't waiting for the world to be ready for her — she's decided to get out there and take it. Known for her work in The Artist and Mad Men, Adria and her co-conspirator Kristen Tracy have put together Fetish, a delightfully dark comedy webseries following one woman's sudden and surprising entrance into the world of online fetish fulfillment work.

Diply had the chance to speak with Adria to discuss Fetish, the importance of representation in media, and the rise of independent creators in Hollywood, including herself.

Adria is no stranger to having to work creatively on independent media. "You need money to do everything," she told Diply. 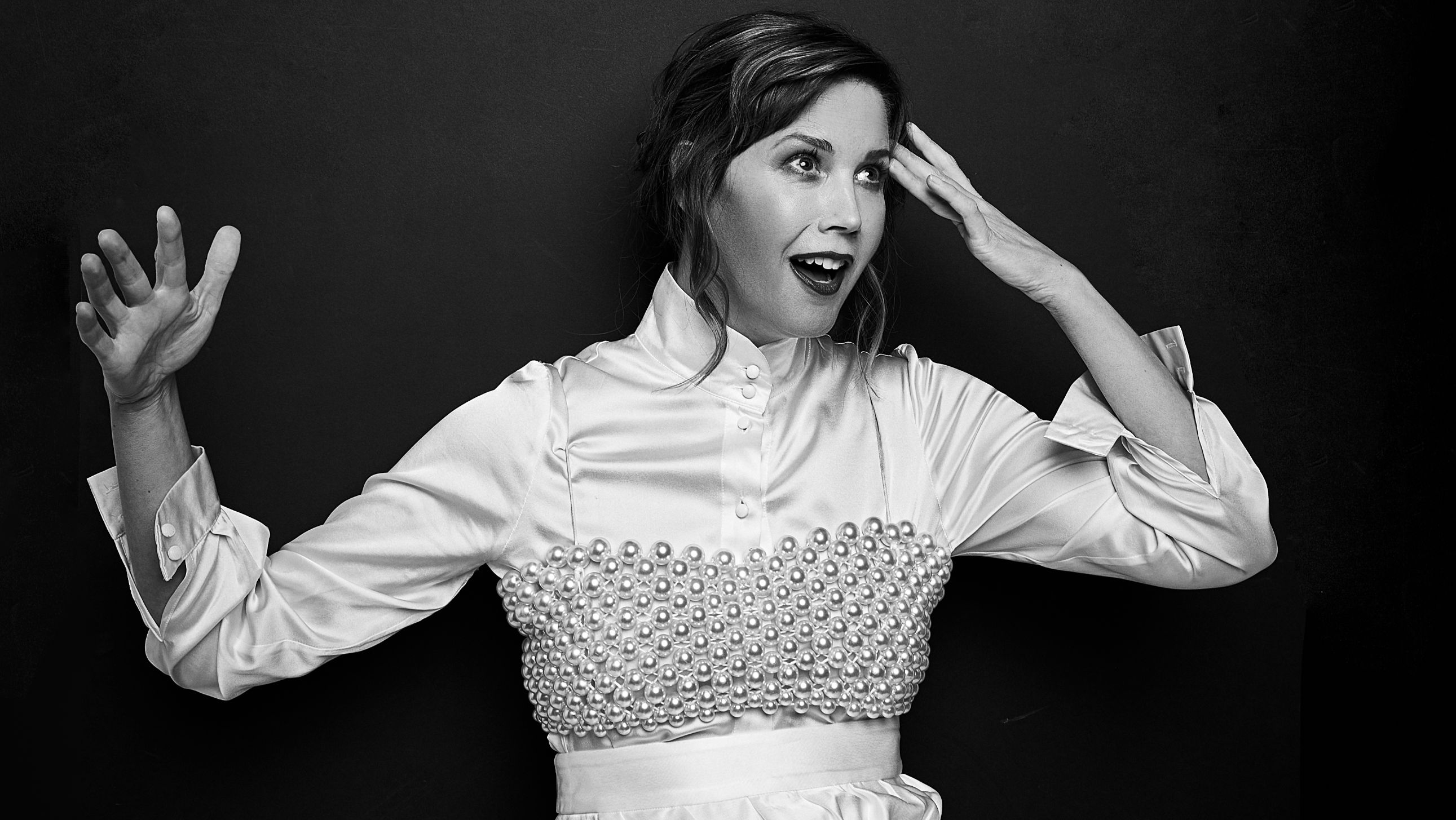 "It's really, really expensive," Adria said of filming a project like Fetish, "but I figured out ways to do it really cheaply. I shot in my house, I shot in my friend's house, all the locations were free to me." Adria also explained that all the actors involved in the project deferred their pay. However, it wasn't strictly out of charity — Adria explained that those involved in Fetish wanted to help the story get told, especially since it was created by women.

"We all believe that women have to make their stuff and continue to make their stuff to combat that gender disparity in the representation of the female voice and the male voice," Adria said of the cast and crew, adding that "the music came from indie female artists, with the exception of a few of those pieces."

The disparity between men and women's voices in the media is something Adria has taken notice of over her career. 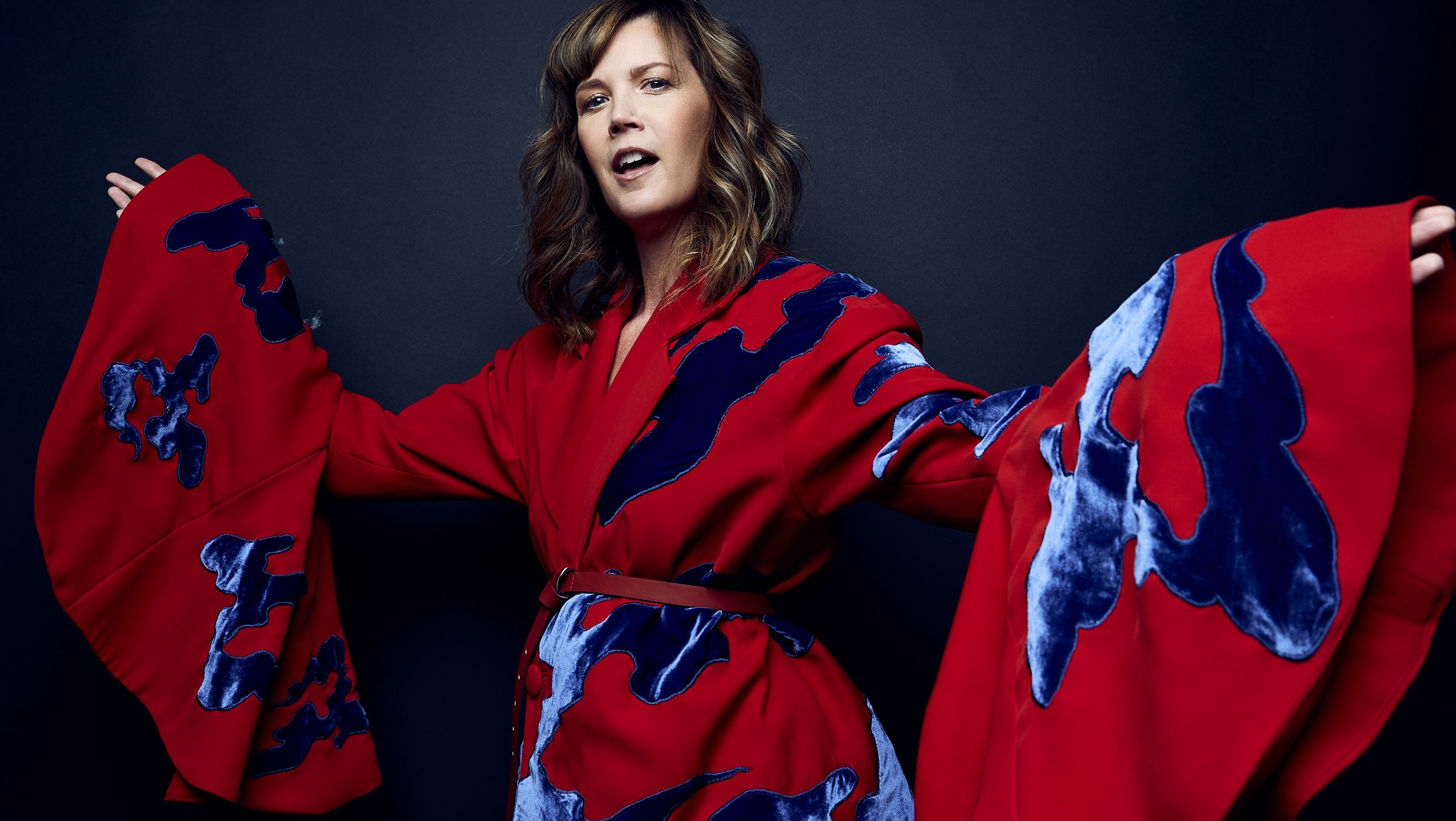 Adria explained that as an actress, she saw that "for every ten roles for men, there would be one role for women." She told Diply, "I would notice who was making the project; the director, the writer, the producer, all those were men too. You just write what you know, and there's nothing wrong with that, but in order for us to see more women, more people of color, we have to fund those stories so we can see the world through those lenses, too."

Adria understands how important representation can be, especially for young people. "I think one of the things that's amazing about, say Grey's Anatomy, now that it's been on the air 18 years, little girls started watching that show... There's been an influx of women who want to be doctors, and when those women are interviewed and asked why they want to be doctors, they say it's because they watched Grey's Anatomy."

Referencing Geena Davis' Institute On Gender In Media's slogan "if she can see it see can be it," Adria explains that it applies to all aspects of life: "If you can see something on screen, you can wrap your brain around it."

That's part of why Adria has been so determined to tell unique women's stories, like the one in Fetish. 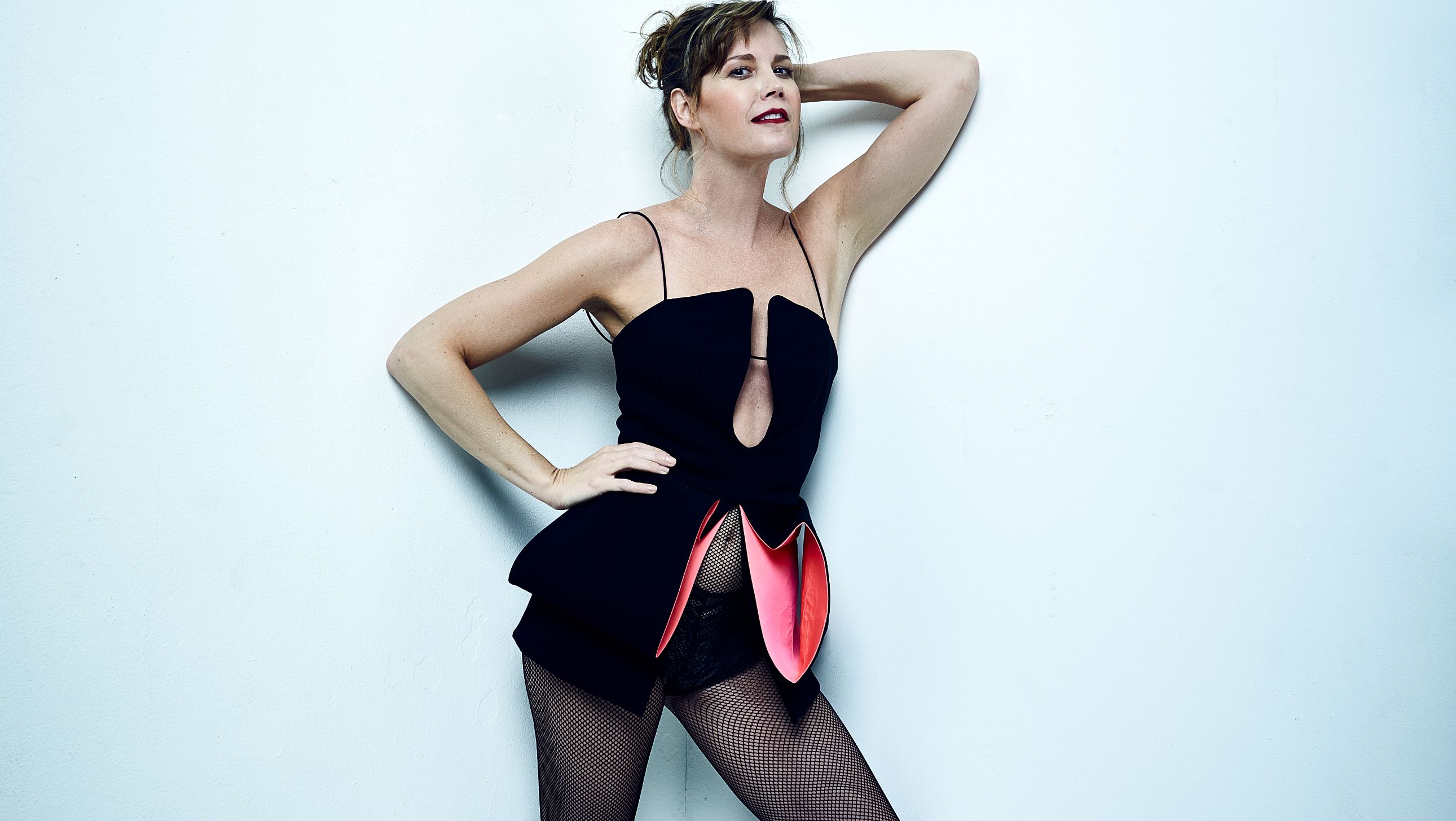 Fetish, based loosely on a story from a friend of co-creator Kristen Tracey, follows recently divorced Paula Wheeler as she enters the world of online fetish fulfillment after being kidnapped by a masked stranger who only wanted her to read to him in furry underwear before letting her go unscathed.

With the rise in mainstream popularity of online sex work on sites like OnlyFans, especially during the pandemic, Adria admits it feels a bit like they saw into the future. "There's so much future prediction in the show, it's really uncanny," she joked. "At the time [we wrote the show], I was married — I have since entered into divorce. We didn't predict the pandemic, but we're all quarantined, and we're all trying to figure out how to be human and have human contact, and it's all virtual. I don't know how we did that."

"The idea of reading over Zoom to someone in a sequin bikini is pretty attractive to me right now," she joked. 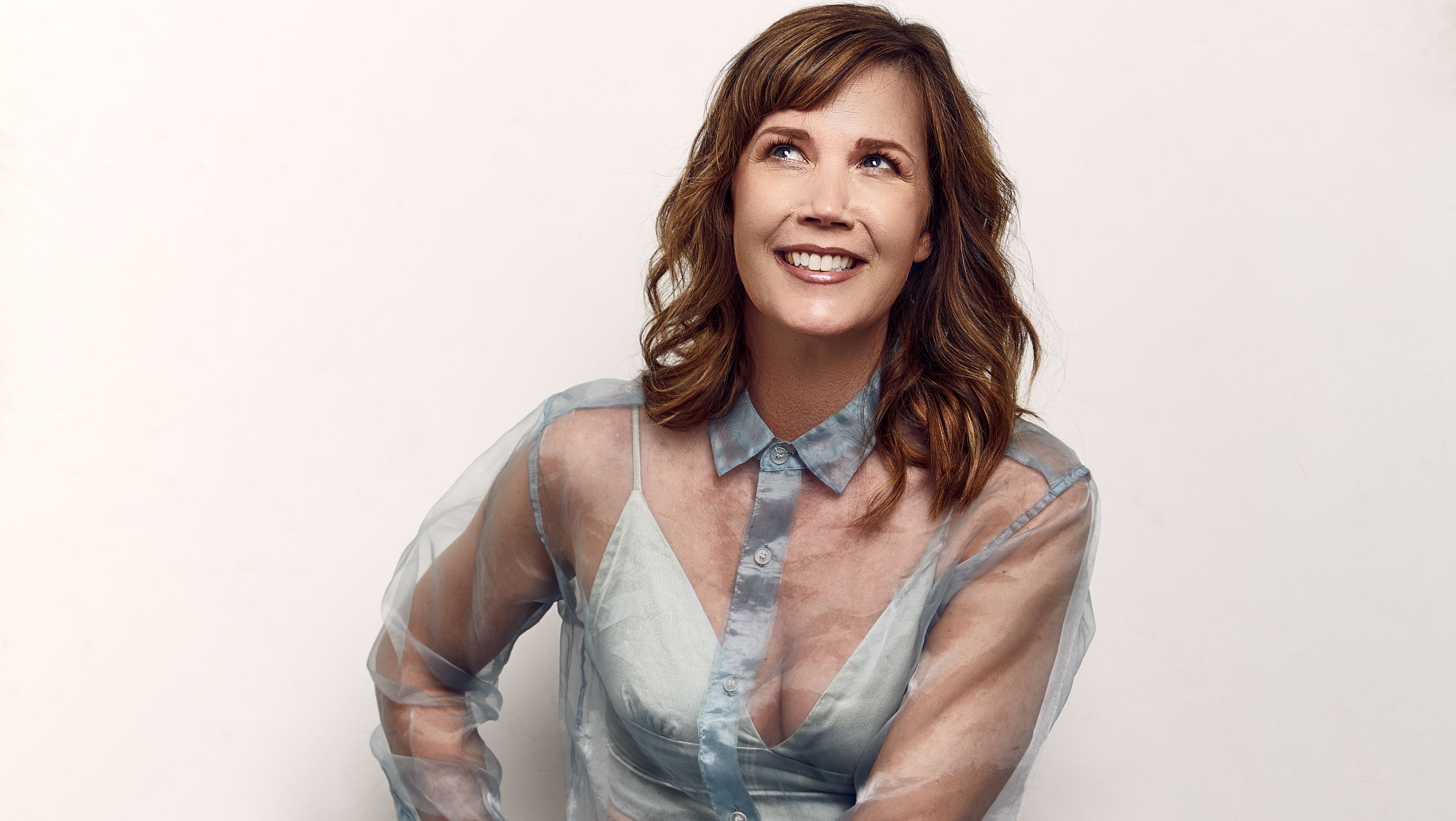 "We didn't have anyone telling us we couldn't do anything so we did what we wanted," Adria explained of the benefits of an online series. "It was very freeing to not have anyone standing over you telling you, oh, no, you can't do that. That aspect, when there's not a huge committee of people making decisions, it makes the project more original."

Adria's advice to young people who want to get into the world of movies and TV reflects her own career path: "Just do it. Don't wait for someone to give you the permission, the go, the greenlight. You have to greenlight yourself. Everyone can do it now — we all have cell phones. Write it, shoot it. I really think that this industry embraces those people."

You can watch Fetish for yourself right here, and stay tuned for Adria's upcoming appearance in One Moment, a film following a woman coming to terms with middle age and all she's given up in her life co-starring Danny Aiello in his final role.