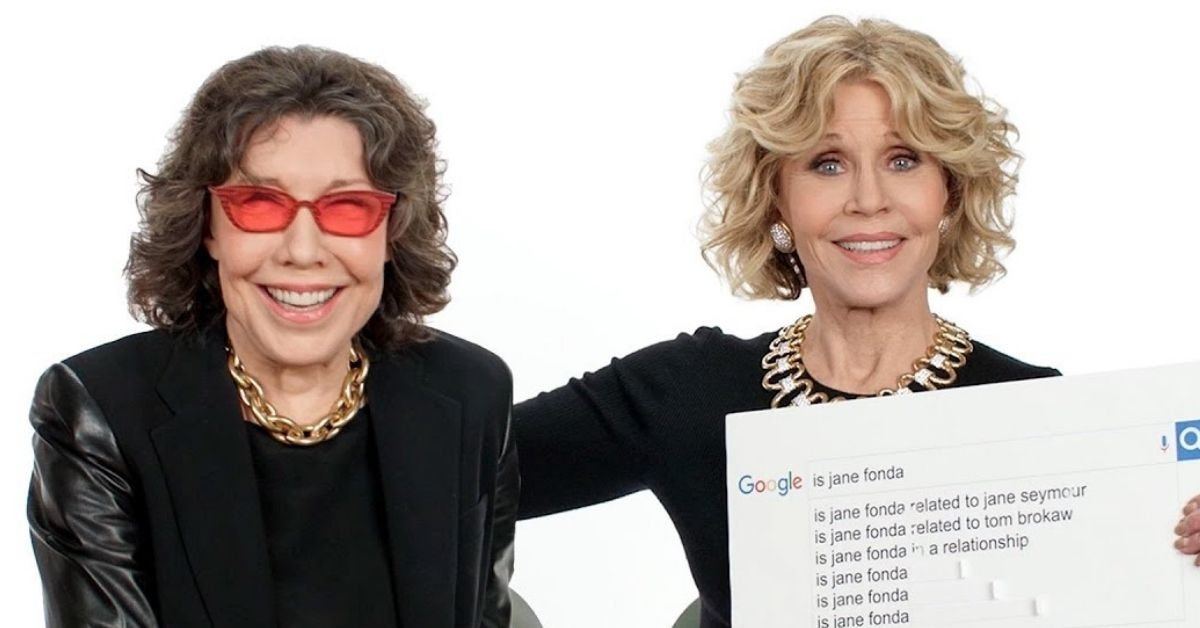 You know her best as one half of the hilarious Netflix comedy, Grace & Frankie.

But Lily Tomlin has actually been making her mark on Hollywood for decades. She's done movies, TV, Broadway, music, and comedy.

And she managed to do it all without sacrificing who she truly is: a gay, badass feminist.

Here are 10+ things you didn't know about her. 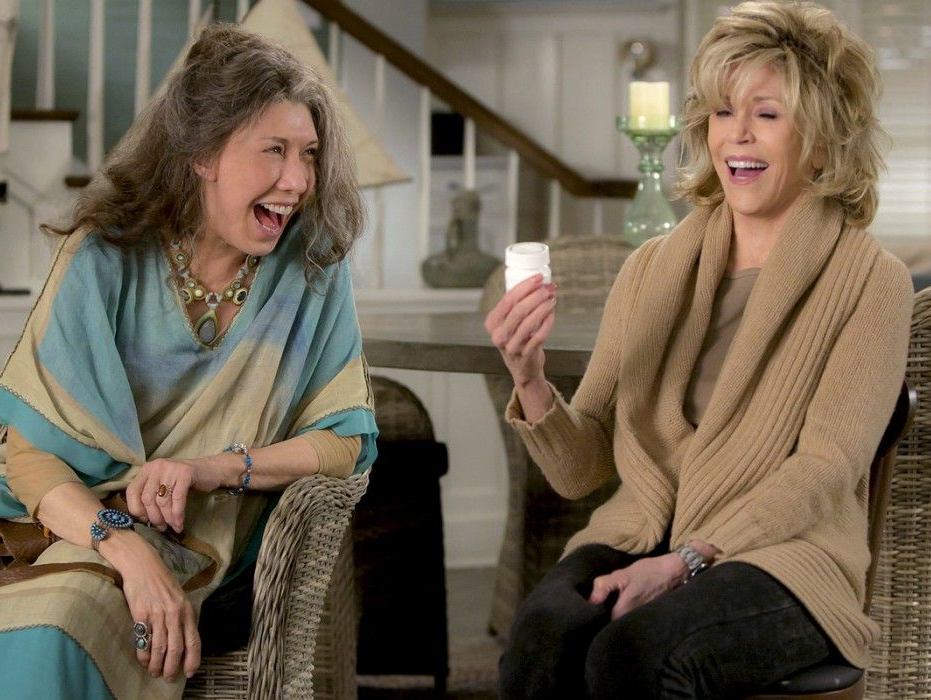 She was born on September 1, 1939, and grew up in Kentucky during the time of the Great Depression.

She ended up taking her stage name from her mother, Lillie Mae. 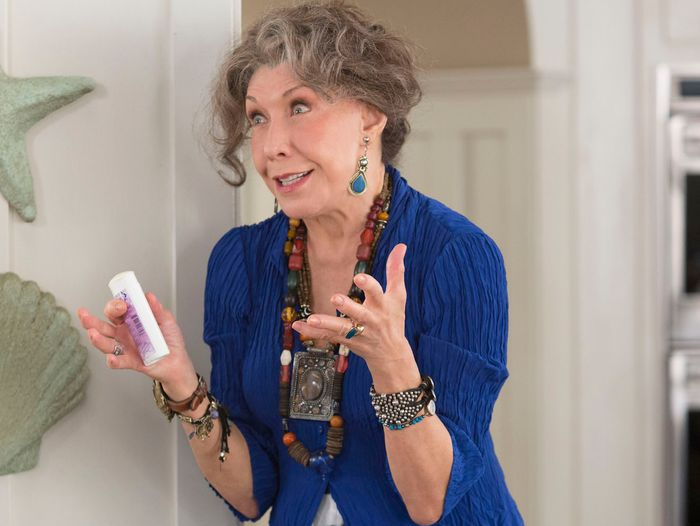 She may have been labeled the host of the show, but she wasn't often shown introducing her famous musical guests.

While the series was short-lived, one episode saw Moms Mabley sing “It’s Your Thing” to Tomlin.

3. She voiced Mrs. Frizzle on *The Magic School Bus*. 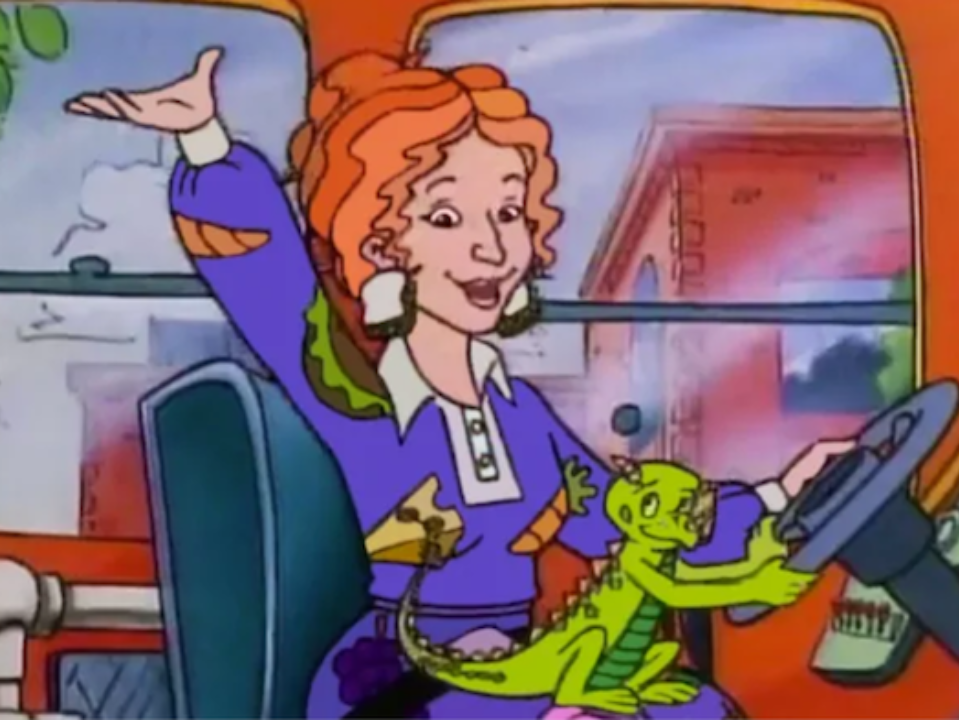 Yep, she was the warm, familiar voice we all listened to growing up. These days, Gabby Clarke has taken over as Mrs. Frizzle in the reboot version.

4. *Grace and Frankie* wasn't the first time she worked with Jane Fonda. 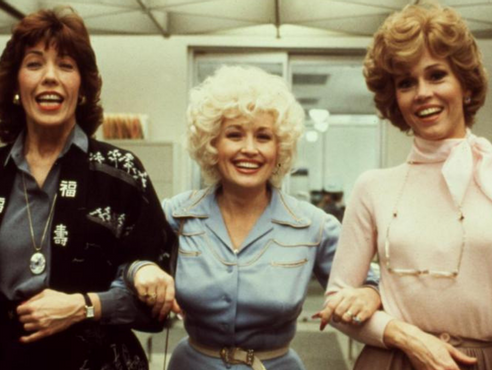 These two go waay back. They worked together alongside Dolly Parton in the TV series 9 to 5.

It was actually Fonda who convinced Tomlin to join Grace & Frankie. Thank goodness she did!

5. She once walked out of an interview.

Celebs don't walk out on interviews too often. So when it does happen, you can bet that it was because of something serious.

That was the case when Tomlin appeared on The Dick Cavett Show.

But it wasn't Dick who made her feel uncomfortable; it was one of the other guests, Chad Everett.

The Medical Center actor made a series of sexist remarks that made Tomlin uncomfortable enough to get up and leave mid-show. 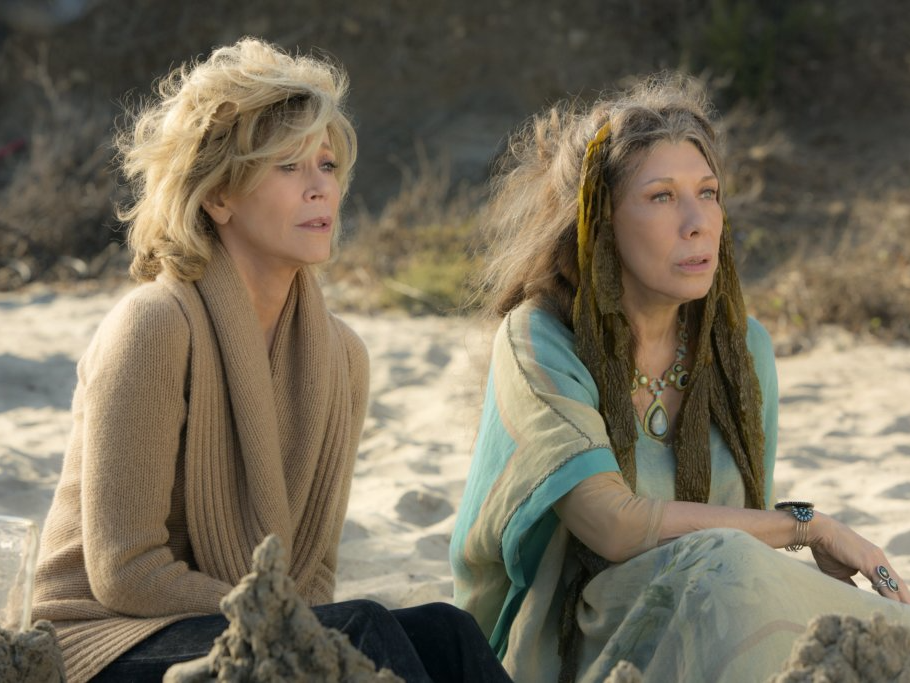 You may remember that Ellen DeGeneres famously graced the cover in 1997, with the words, "Yep, I'm gay."

“It was a hard decision to make,” Tomlin explained to Ellen DeGeneres about her decision to turn it down.

She also realized that the publication only wanted her on the cover if she revealed her sexuality. 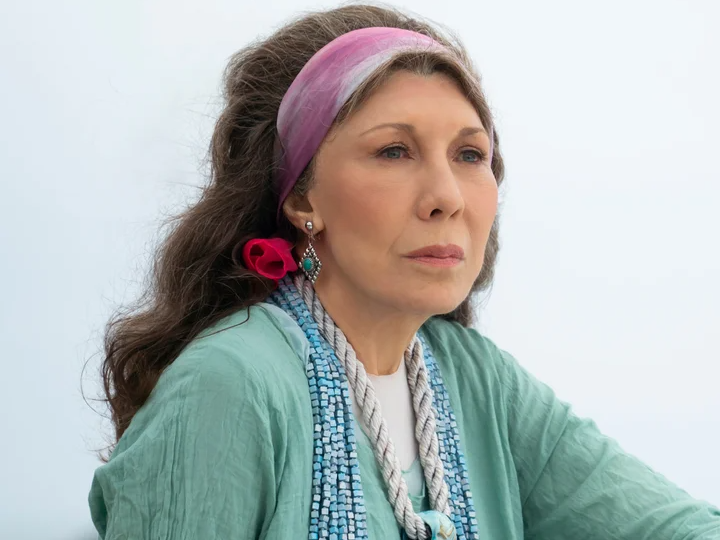 “I decided that I just wasn’t going to play their game,” she said, explaining that she wasn’t ready to come out publicly at that point.

7. She's been with her partner, comedy writer Jane Wagner, for over 50 years.

Tomlin has said that it was love at first sight.

“A friend brought her to my hotel room,” Tomlin said to Metro Weekly. “And I tell you, in two minutes, I fell in love with her."

Wagner had been there to help with Tomlin's comedy album.

Throughout their relationship, Wagner has written several of Tomlin's biggest hits.

This includes Tomlin’s one-woman show, The Search for Signs of Intelligent Life in the Universe, which earned her a Tony Award in 1986, as well as the movie, The Incredible Shrinking Woman.

8. She got into acting as a way to make people laugh.

After high school, she studied biology at Wayne State University in Detroit. But when a friend suggested that she audition for a play, her interest was sparked.

She told The Guardian that she found she could make people laugh.

9. She's the first woman to appear solo in a Broadway show. 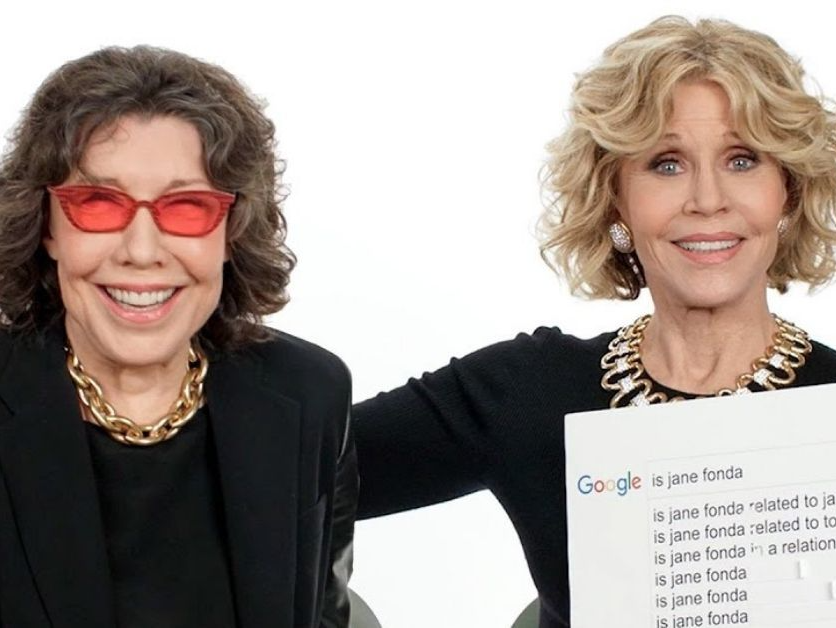 Go, Tomlin! This was the Broadway show, Appearing Nitely in 1977.

From there, her career was wide open, as she starred in several films and TV shows, such as Nashville and Big Business with Bette Midler.

Her performance as Frankie in *Grace & Frankie* has earned her three Emmy nominations. 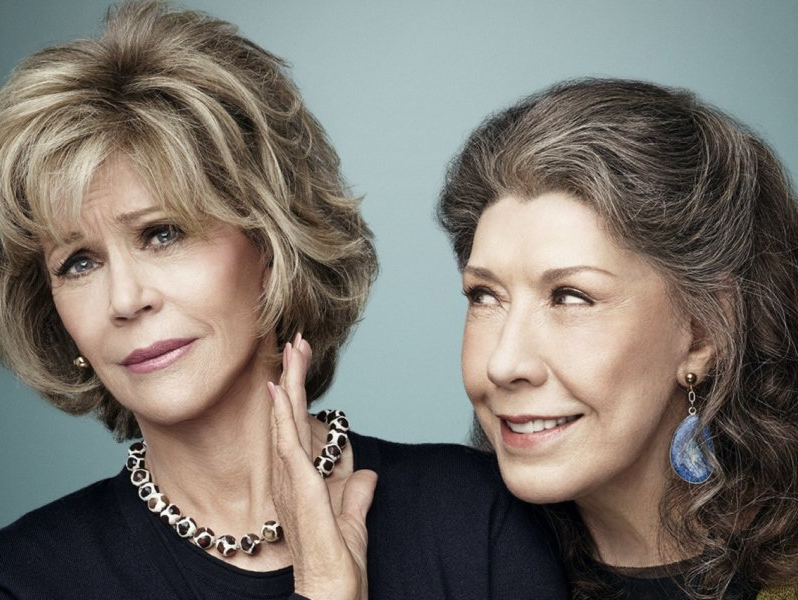 She was nominated for the Primetime Emmy Award for Outstanding Lead Actress in a Comedy Series in 2015, 2016, and 2017.

10. She waited until her mother passed away to come out as gay. 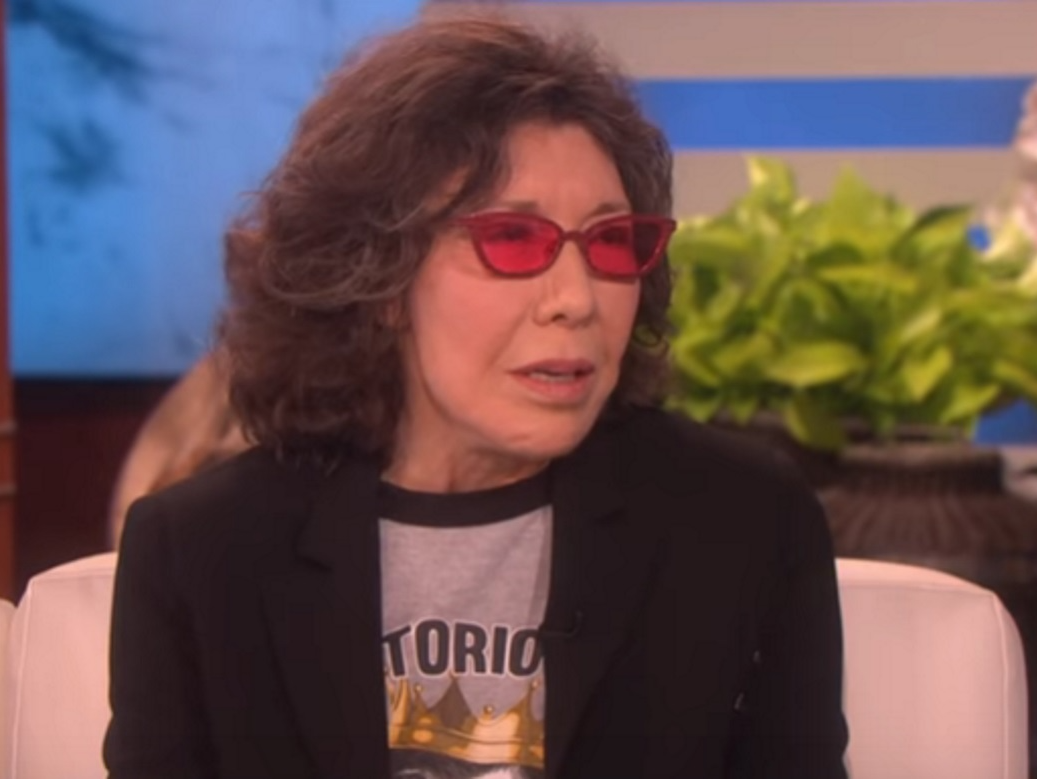 “My mother would have died. Literally. If she’d lived to see me come out,” the actress told The Telegraph in 2015.

“Bless her heart, she was Southern, basically fundamentalist, but she was very witty and sweet and kind, and she adored Jane."

11. She and her wife decided against having kids.

The actress first shocked audiences back in 1973 when she said on The Johnny Carson Show that she doesn't want to have kids.

Back then, something like that was pretty much unheard of.

But these days, Tomlin is more certain of her and her wife's decision to not be parents. 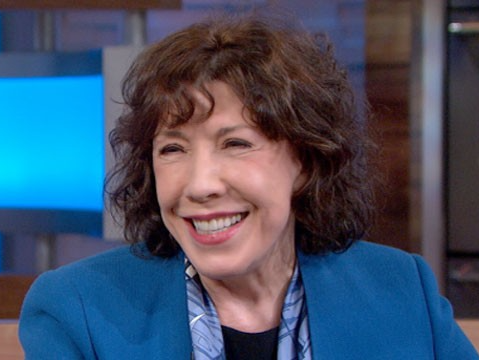 “In retrospect, we say every day, ‘I’m so glad we didn’t have any children.’ When I think of the world now, I don’t want to even deal with having to raise a child," Tomlin told The Guardian in 2015.

12. Both she and Fonda have played Tina Fey's mother in movies.

These ladies sure have a lot in common.

Jane was the mother of Tina Fey in This is Where I Leave You, and Lily played the role of her mom in Admission, a rom-com that starred Paul Rudd.

Back when she was filming of David O Russell’s I Heart Huckabees, a clip went viral of the actress freaking while she was squeezed in a car next to Dustin Hoffman.

Never one to hold back, Lily started swearing.

In an interview with *The Guardian*, she explained what viewers didn't see.

She said that Russell had been running around the car, saying rude things to her to elicit a reaction.

It had also been a long day and “I just hit the ceiling," she said.