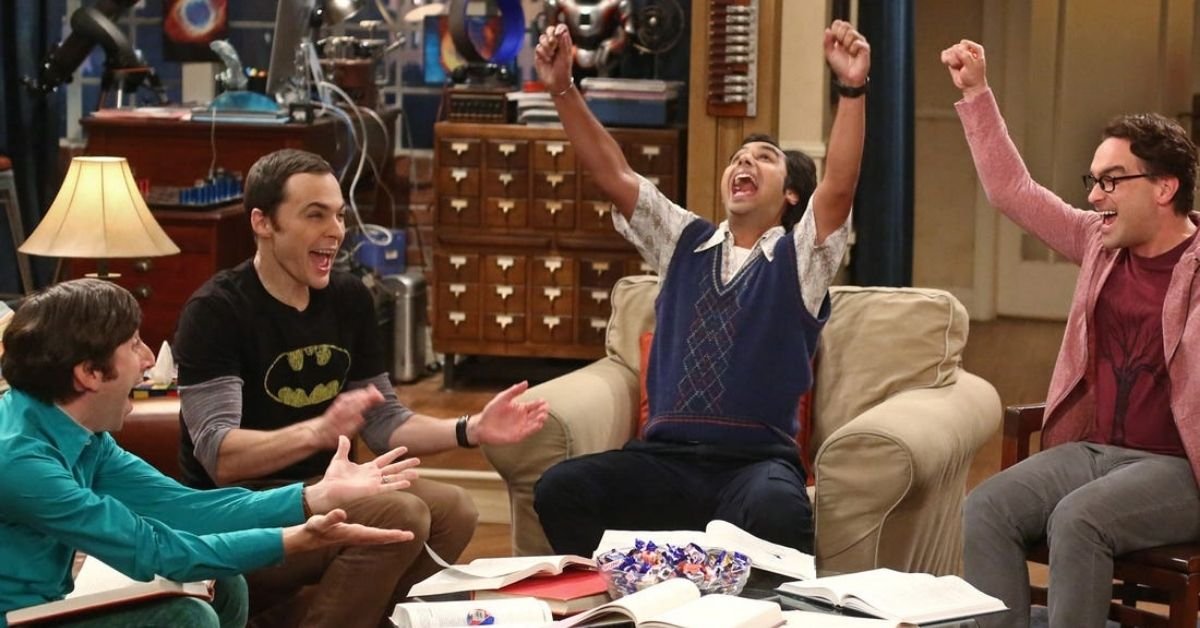 There will never be a show quite like The Big Bang Theory. It helped introduce the world to nerd culture at large and effectively made smart the new sexy.

As a way to celebrate all the incredible things this show gave to us, I've managed to compile these 10+ completely random Big Bang Theory facts that fans didn't know.

*The Big Bang Theory* is one of the greatest shows of all time.

But even after all this time, there are a lot that people don't know much about it.

Luckily, we compiled a great list of facts about the show. Check them out and let us know your favorite!

1. Kunal Nayyar got the job in a very ironic way.

If you had a laundry list of adjectives to describe Raj, charming wouldn't be one of them. Kunal Nayyar, on the other hand, is a different story.

According to co-creator Bill Prady, he was won over by Kunal's charm.

2. Wil Wheaton got offered the role because of Twitter. 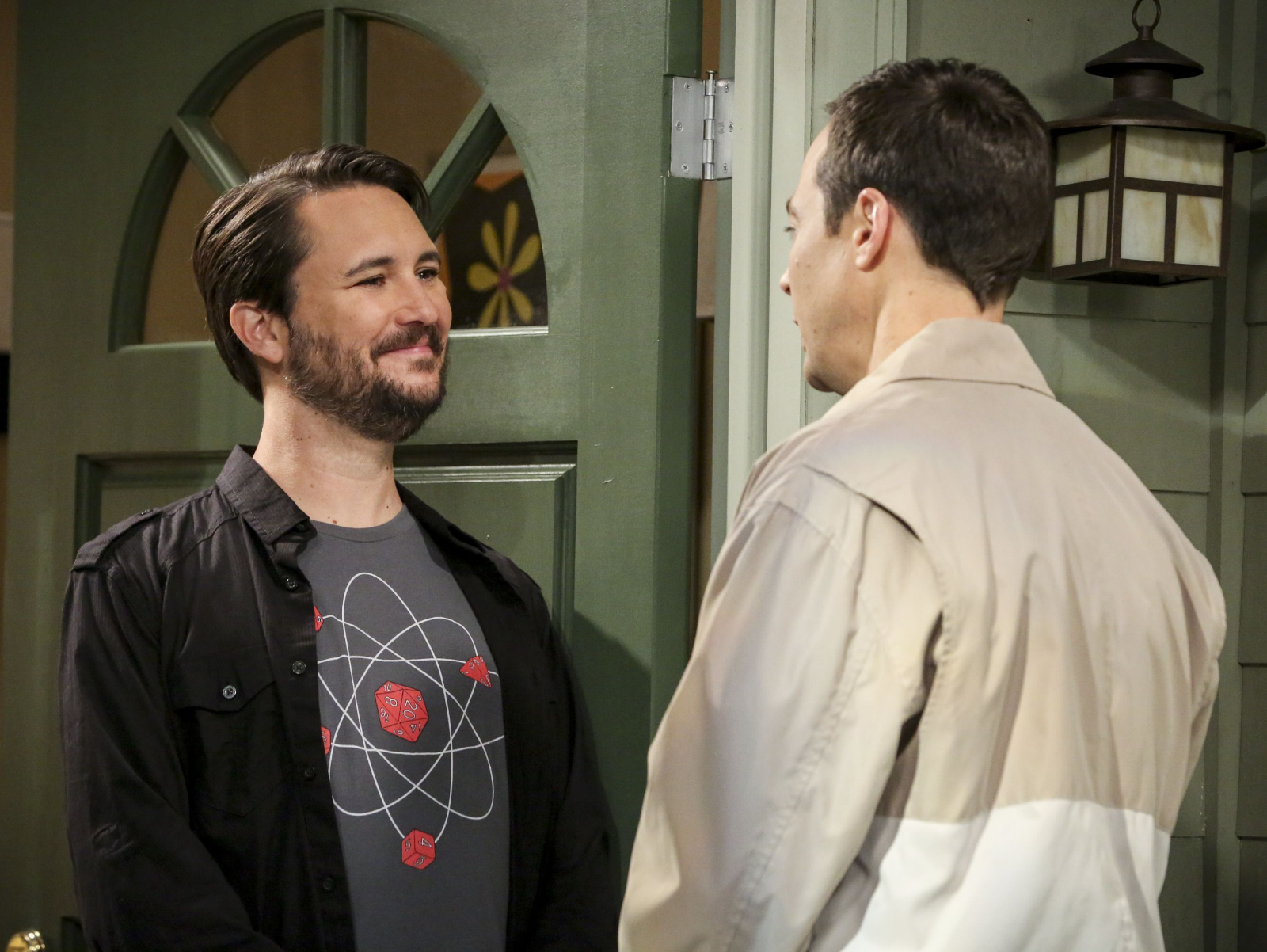 Wil was tweeting about how much he loved the show and how he thought it was incredibly funny.

The next day he had an email in his inbox from Bill Prady!

Thinking it was a joke from one of his friends, Wil ignored the email completely! 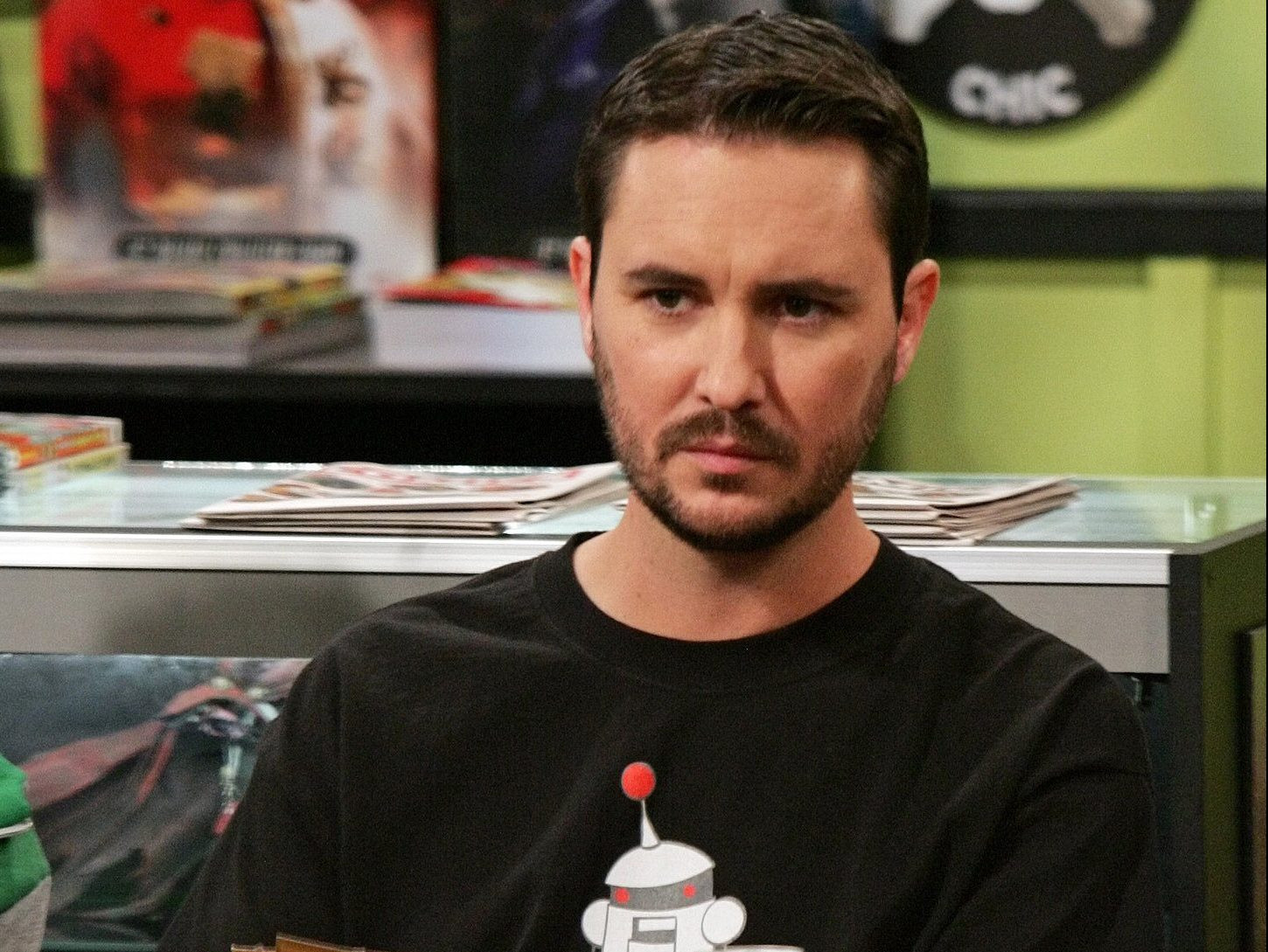 After the second email, Wil decided he'd better follow up. He met with co-creator Bill Prady, who informed him that they were looking for a nemesis for Sheldon.

From that day forward, Evil Wil Wheaton was born!

3. There's a very practical reason why Amy Farrah Fowler is a neuroscientist. 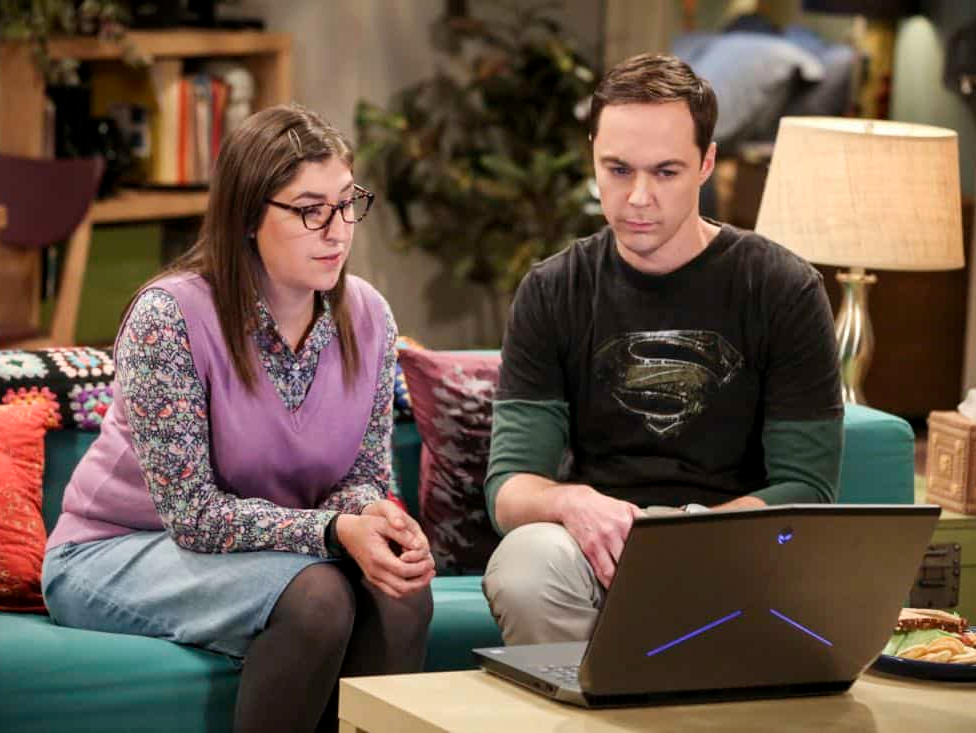 Mainly, it's because the producers and writers wanted someone on set who could check their work!

I wonder if Mayim Bialik charged a consultant fee on top of her salary?

4. BNL was extremely hesitant to write the theme song.

Ed Robertson of The Barenaked Ladies had his reservations at first; this wasn't the first time he'd been asked to write for TV.

After he was assured by Chuck Lorre that he was, in fact, a fan, Ed signed on.

Ed Robertson told CBS News, "I was like, look, how many other people have you asked to write this?" 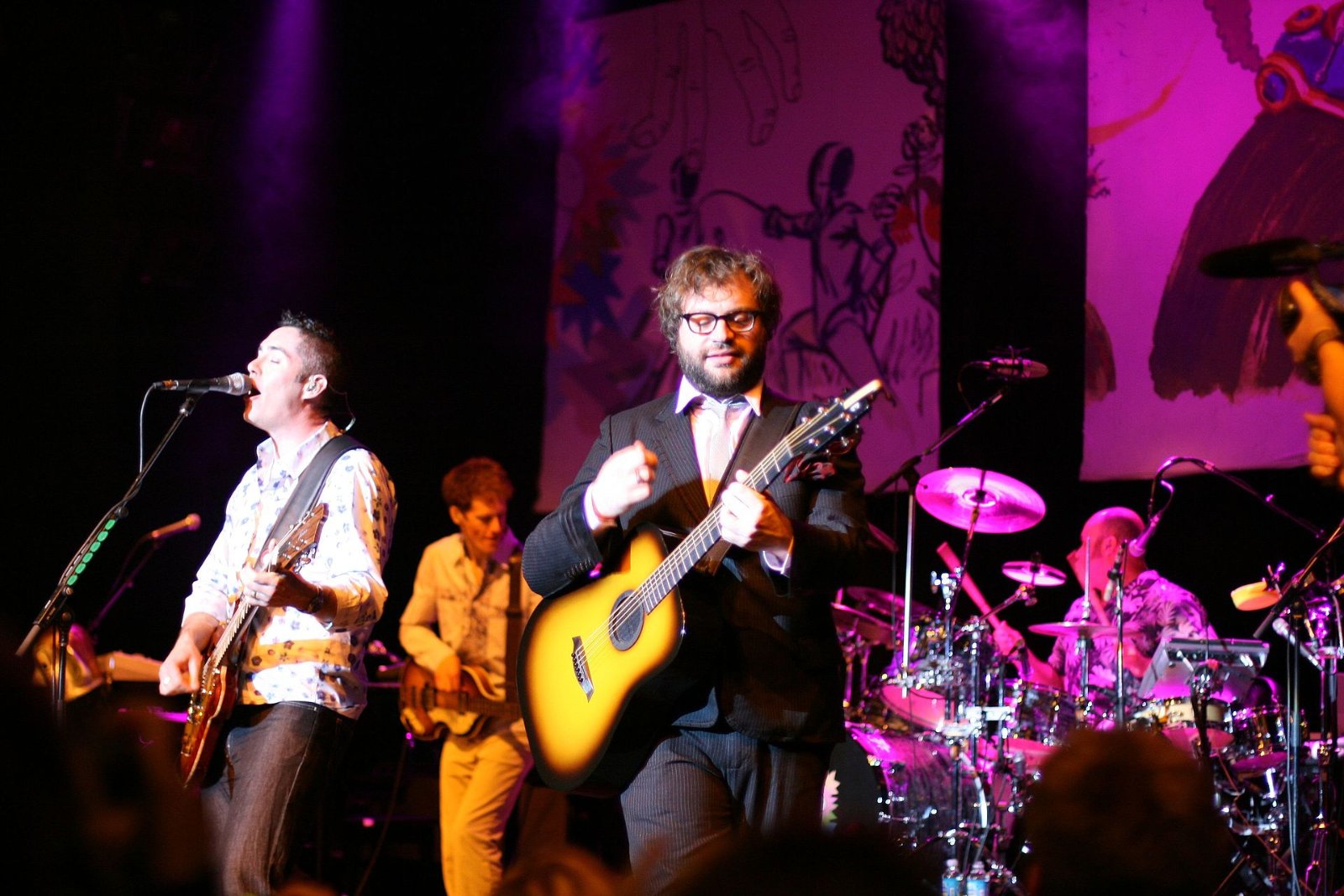 "I’m at my cottage, I got a couple of weeks off right now and if you’ve asked Counting Crows and Jack Johnson and all these other people to write it, then I kinda don’t want to waste my time on it."

5. There's an unaired pilot episode that you never saw.

That's right, there are technically more episodes of The Big Bang Theory for you to see! In the original pilot, Penny didn't exist.

Instead, Leonard and Sheldon lived with a female roommate named Katie.

6. Chuck Lorre didn't think that the show would make it. 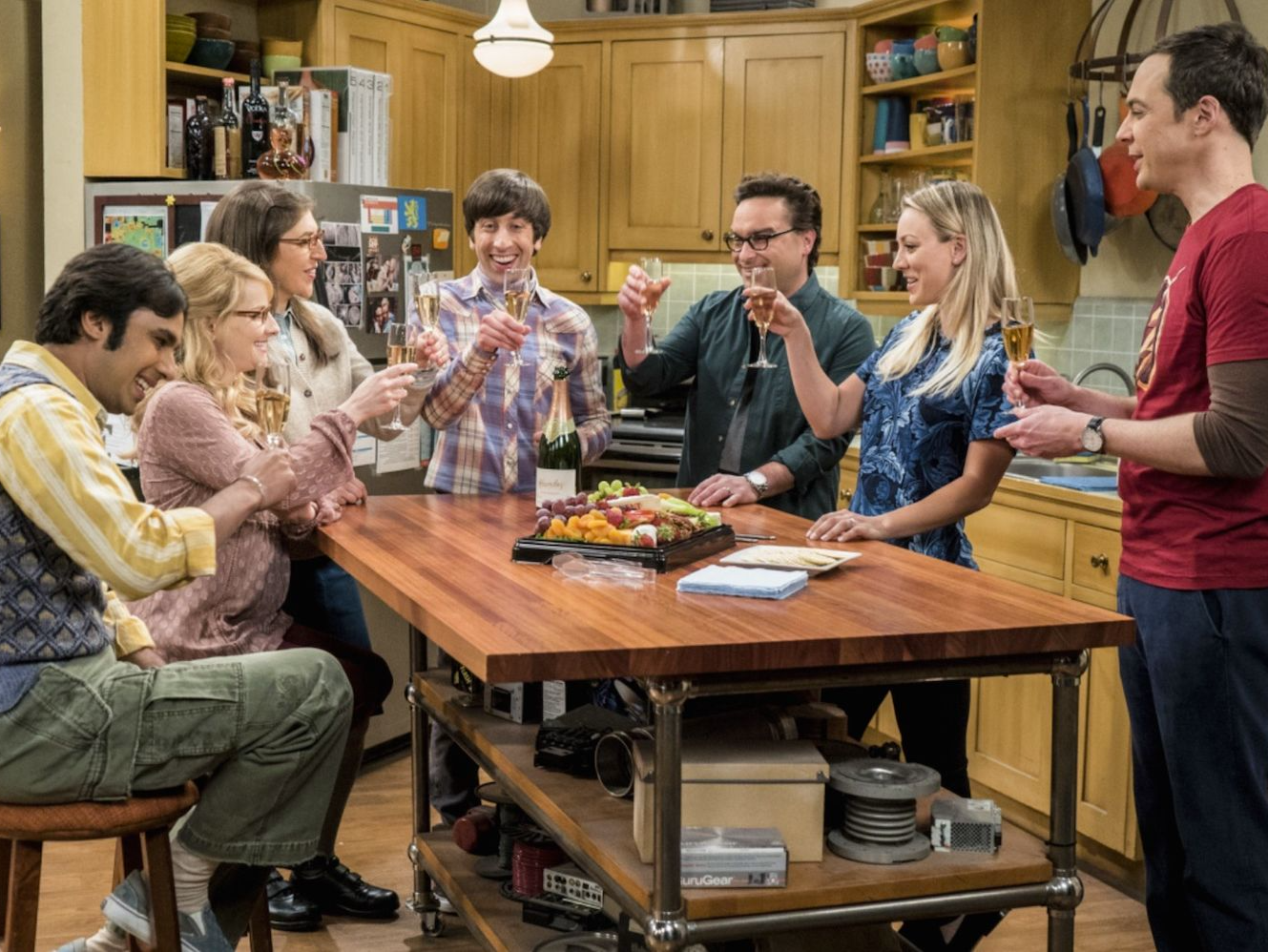 The Big Bang Theory was only eight episodes in when the Writers Guild of America Strike took them off the air. When the series returned, it was in an 8 o'clock timeslot.

Fans followed regardless, and the show was picked up for two more seasons.

7. The show's science consultant, David Saltzberg, believes *The Big Bang Theory* is the most impactful work he's ever done.

David said that it was hard to wrap his head around more than 20 million people watching an episode at once.

As he said, in his professional circles, he would get excited if 12 people read one of his papers.

8. Wil Wheaton credits the show with saving his career. 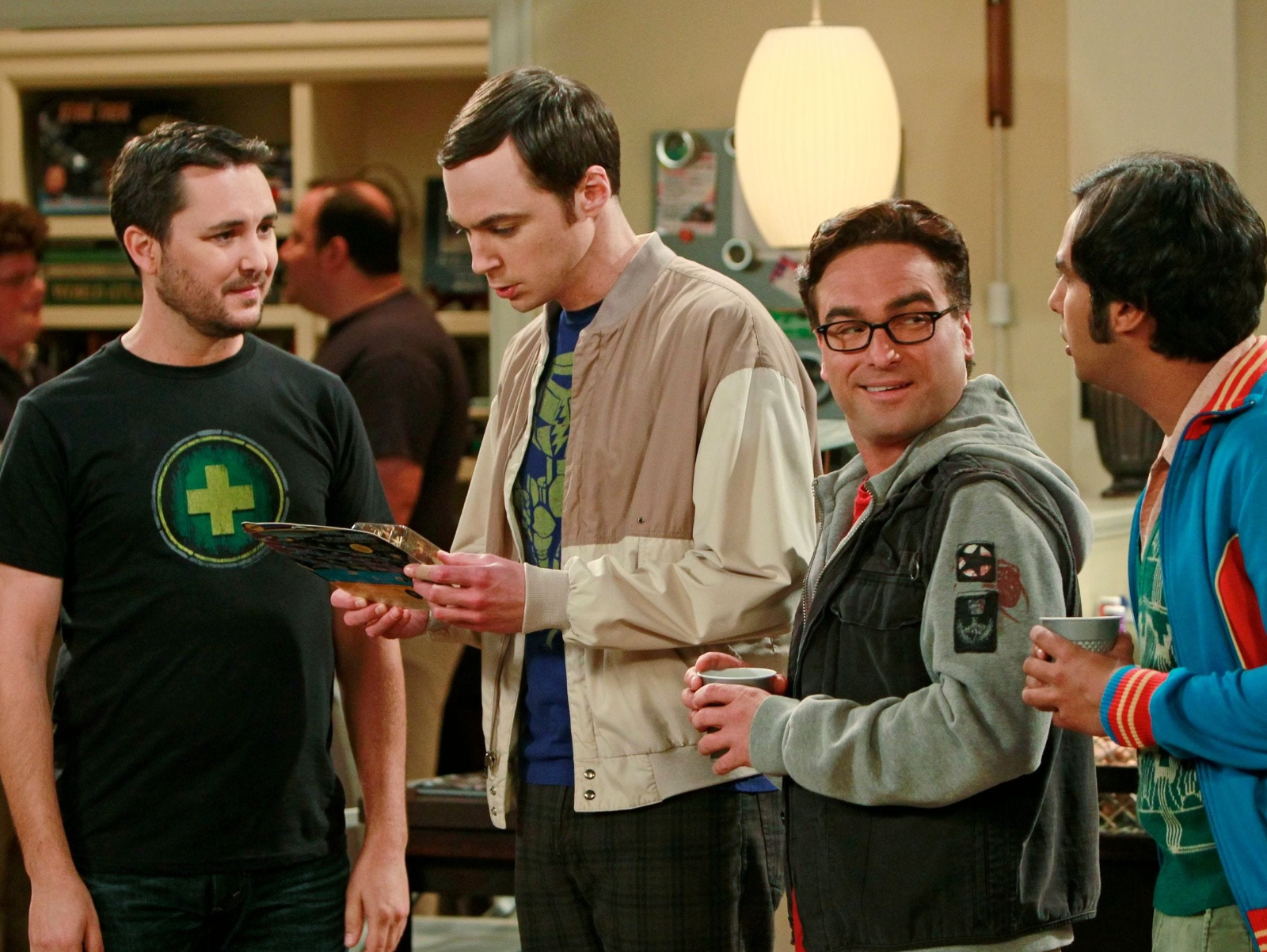 Before appearing on The Big Bang Theory, Wil Wheaton was a struggling actor. Hollywood just didn't want to give him a chance.

Wil penned an open letter to the show, thanking everyone involved for changing his life.

9. Jim Parsons had no idea what he was getting himself into.

When Jim's agent called and said he'd landed an audition in a new Chuck Lorre pilot, Jim misheard him and thought he said Chuck Woolery, the legendary game show host.

10. There are several species of animal named after the show. 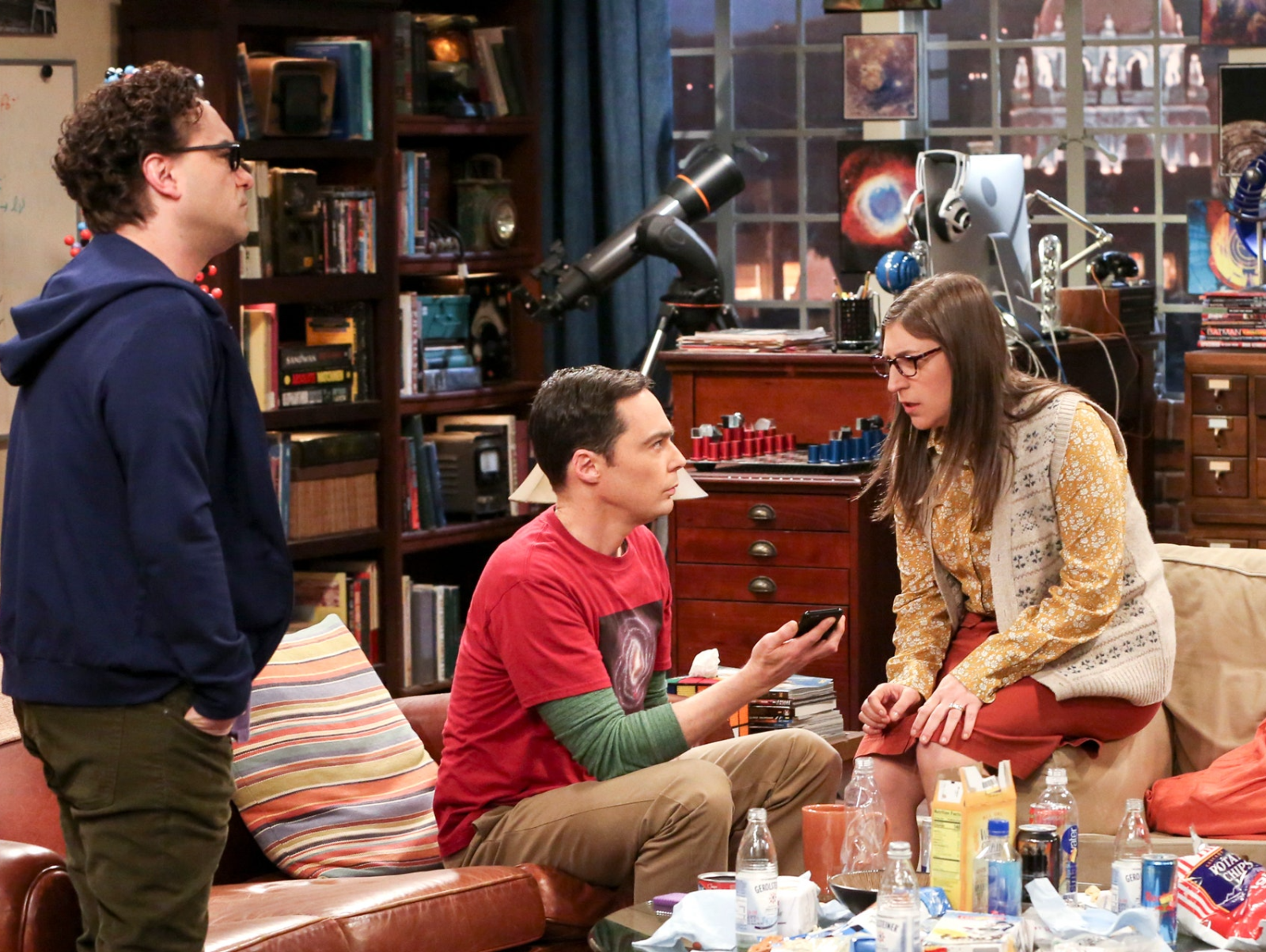 Not long ago, there was an entirely new suborder of jellyfish discovered, the first in over a hundred years. It will forever be known as the Bazinga jellyfish.

Sheldon also has a species of bee named after him. 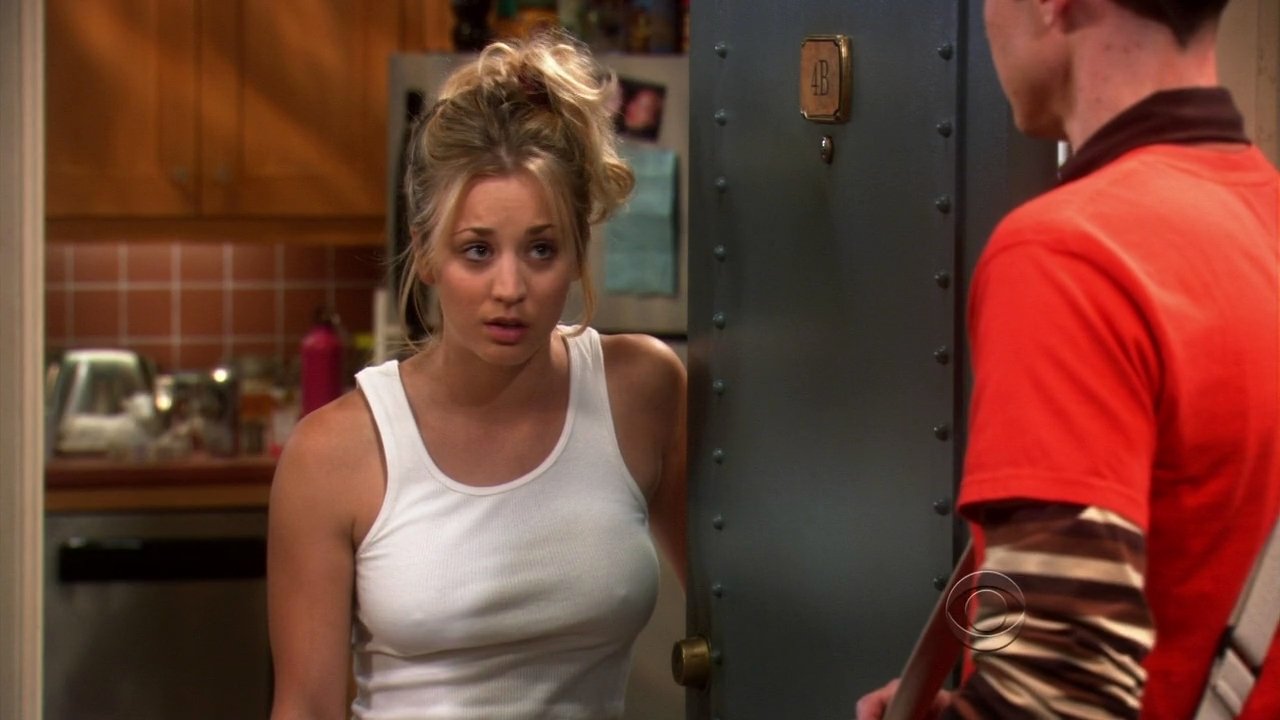 Over the years, the main cast of The Big Bang Theory became some of the highest-paid actors on television. Kaley Cuoco, Johnny Galecki, Jim Parsons, Kunal Nayyar, and Simon Helberg all averaged around $1 million per episode in the final season.

Whereas Mayim Bialik and Melissa Rauch made roughly $425,000 an episode.

Though the writers have gone on record stating that Sheldon does not have Asperger syndrome, Jim has stated in several interviews that Sheldon, at the very least, shared qualities with the disorder.

13. Kunal Nayyar is married to a beauty queen in real life. 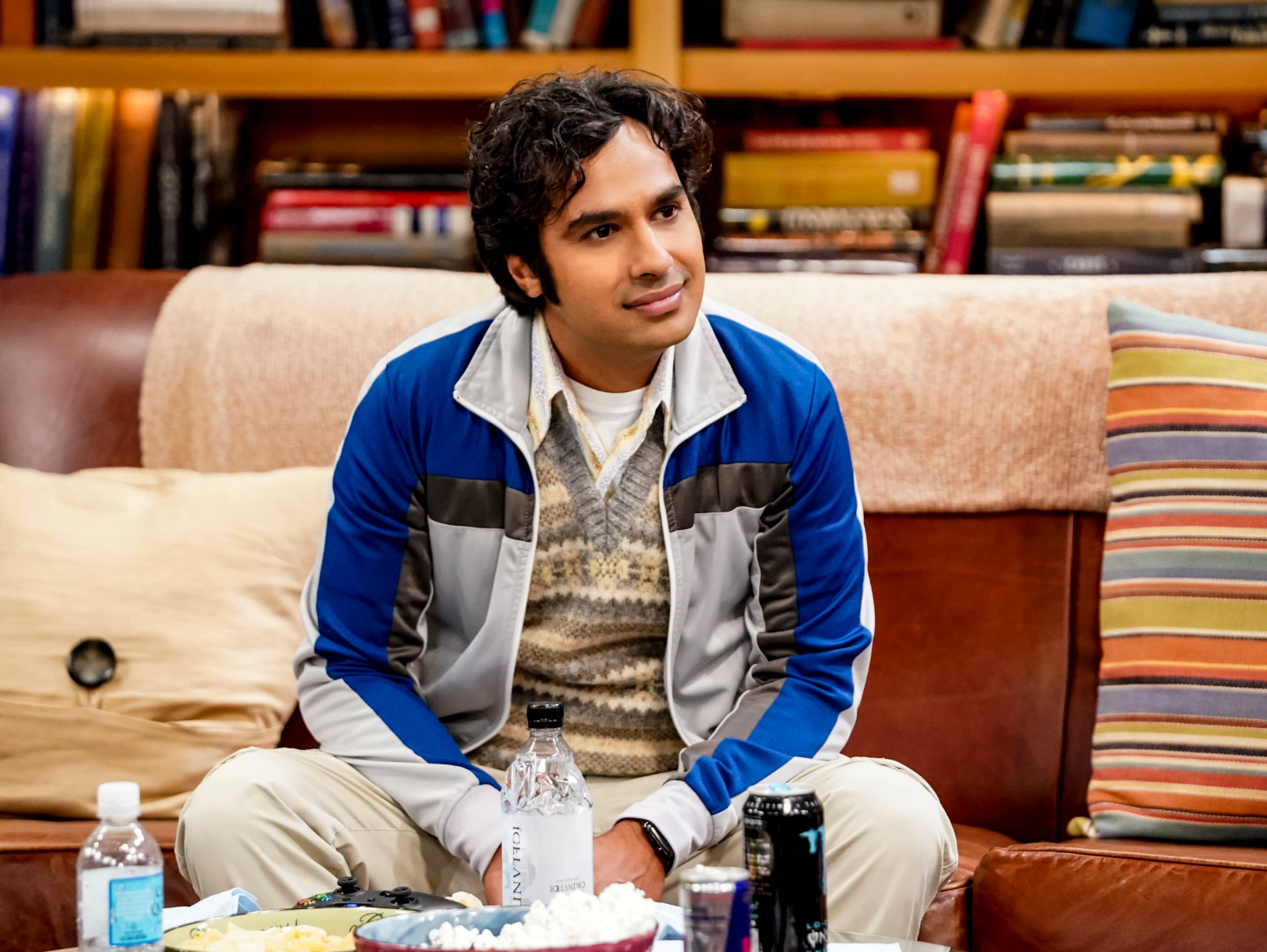 Kunal is nothing like Raj in real life. He's been married to his gorgeous wife, Neha Kapur, for more than a decade.

Neha is a model and a former Miss Universe finalist.

All of us have seen Howard Wolowitz pound the ivories several times over. As it turns out, Simon Helberg is no slouch at the piano.

Check out this duet he performed while appearing on The Late Show with Stephen Colbert!

15. Penny reuses one of her shirts.

The shirt that Penny wears when she first meets Leonard is reused when she goes out with him in the episode "The Recombination Hypothesis."

This was also the 100th episode!

You need a really good eagle eye to spot this one.

17. Sheldon's shirts are chosen for a reason. This is a theory, but it seems to hold true to the episodes if you pay attention!

18. The difference between Sheldon Cooper and Jim Parsons.

Jim Parsons has never watched Star Trek or Doctor Who, much unlike his character Sheldon.

Sheldon knows everything there is to know about the shows! So Parsons just had to fake it really well.

Ever wonder why the main characters are named Sheldon and Leonard?

Well, Sheldon Leonard was a producer of The Dick Van Dyke Show and The Andy Griffith Show. So, the two leading men are named after one of the most influential people in Hollywood.

It was the show writer, Stephen Engel's, word for "gotcha."

He used it for a practical joke that involved a grapefruit on set. He would hollow it out, tape it back up, and then when he opened it, he would say "bazinga!"

21. There is only one set of stairs on the show. 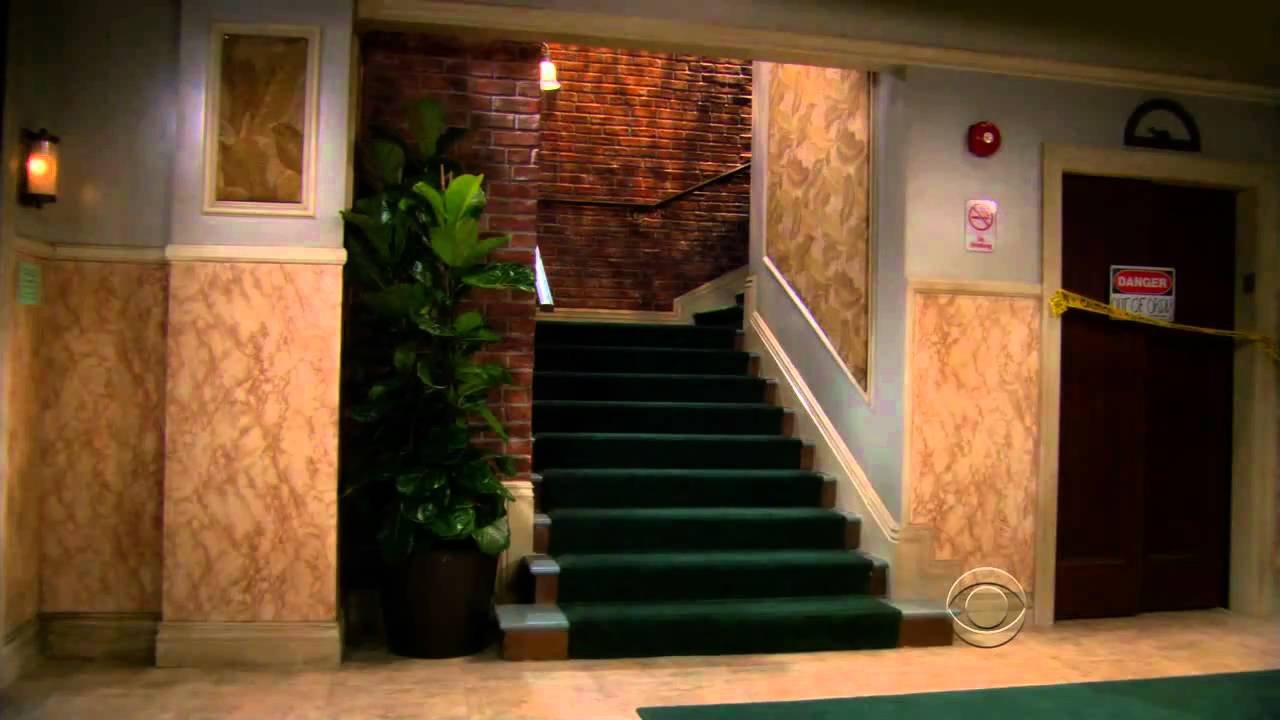 It's true. There is only one set of stairs leading up to the apartment.

All it takes is different camera angles to make it seem like the characters are walking up more than one flight.

22. Jim Parsons has an interesting theory as to why the show works.

Parsons thought the show worked so well because people didn't have to keep up weekly to understand what was happening.

"There’s not anything to keep up with," he told New York Magazine.

"You don’t go, ‘I didn’t see the first three seasons, and now they’re off with prostitutes, and they no longer work in the Mafia, and I don’t understand what happened.’ People have so many choices on TV now, so no one’s asking for you to marry us."

"You can enjoy our show without a weekly appointment."

23. Raj's women problem is actually based on a real person!

Executive producer Bill Prady actually had a coworker who had the same problem as Raj.

Both were unable to talk to women unless they had some liquid courage in them.

This was the song that Sheldon's mother would sing to him!

"It's from my daughter's preschool in Sherman Oaks," Bill Prady said at PaleyFest. "It was from Australia, and one of the teachers heard it there."

Unlike Leonard, Johnny Galecki has great vision, so he doesn't actually need glasses!

You have to look really closely at the glasses he wears though to notice that there aren't any lenses.

Melissa Rauch, who plays Bernadette, revealed that the voice was inspired from her mother's real voice!

"Only without the Jersey! Tonally, it's very similar," Melissa Rauch said at PaleyFest.

Do you know any more completely random facts about *The Big Bang Theory*?

Or were you pleasantly surprised by all of the facts presented to you in this article?

Either way, let us know down below in the comment section! We would love to hear from you!