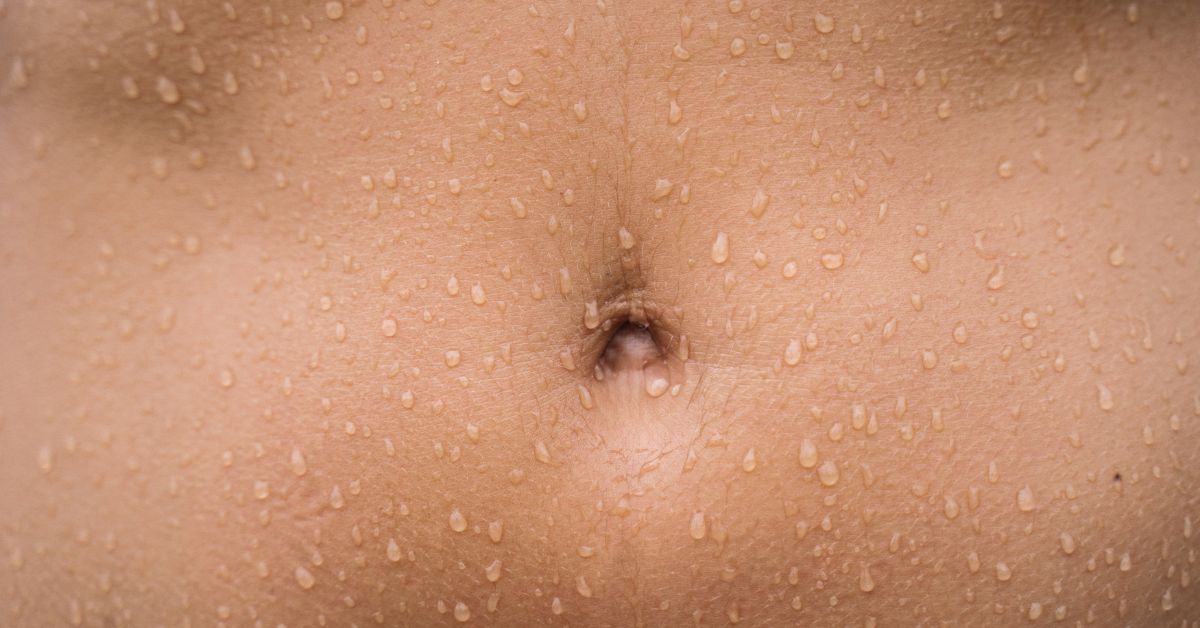 Belly buttons are curious things. They're like this punctuation mark that would normally indicate the end of a sentence, but in fact, delineate the beginning. And comments like that are precisely why they're linked to the concept of the self-gratifying inner monologue. Hence the term navel gazing.

Yet, despite their metaphorical connotations, they're a very real part of the anatomy and as such, need to be kept clean in a very real way. (Unless you're an outie, in which case, you're weird.)

Well, believe it or not, there's a belly button lint brush out there in the world, and it will help keep your navel clean and the path to your inner thoughts clear.

Whether it's lint or dirt, or whatever may get stuck in there (we don't want to know), it's time to clean it out once and for all.

This one is for all of the butterflies in your stomach.

Yes, it's true, people use Q-tips to clean out their belly buttons. But we're always being told to keep those cotton swabs out of our bodies, so I'm guessing you shouldn't stick them into this crevasse, either.

These belly button lint brushes are silly and efficient, plus they come in several fun colors.

We're pretty sure this has redefined digging for treasure all over again.

These little ones are handmade from beads and craft pipe cleaners.

They're individually packed and can be sold alone or as a set in green, blue, purple, yellow, and pink.

You never know what you might find while poking around down there.

There's always that loved one that doesn't need anything, but you still want to get them a gift for a special occasion.

These belly button lint cleaners are playfully labeled as the gift for the person who has everything.

They're fun and unusual, and will certainly provide anyone with new laughs and memories.

It's time to get cleaning.

I mean, sure, you can probably just remember to clean your navel in the shower, but imagine how much fun (slash disgusting) it would be to dig something out with one of these. That may sound totally weird, but people watch actual TV shows of pimples being popped, so I apologize for nothing.

You can get these brushes for around $2 each on Etsy.

If you try these belly button lint brushes or gift them to someone, we want to hear all about it in the comments section.