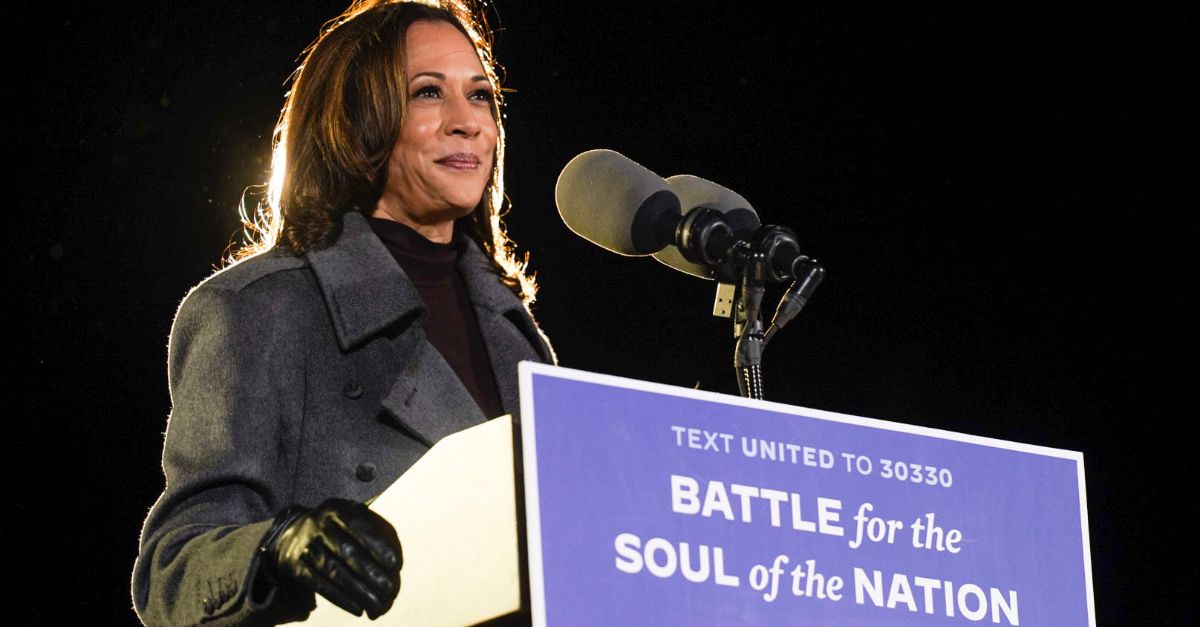 There's a whole lot about the 2020 U.S. election that is destined for the history books. The highest voter turnout ever, Biden receiving the most votes ever for a presidential candidate, and the sheer stress of the wait due to counts being too close to call for so many days.

Likely, more history will be made as the Trump campaign responds to news outlets having officially announced that Biden will win the race.

But aside from all that, we shouldn't forget the history being made four times over by Kamala Harris.

The now-Vice President-Elect is the first woman to ever achieve the office in the USA.

Harris' parents were both immigrants to the country.

Her mother, Shyamala Gopalan, emigrated from India in 1958. Her father, Donald J. Harris, arrived from British Jamaica in 1961.

This also makes Kamala Harris only the second vice president-elect to have acknowledged non-European heritage, the first being Charles Curtis in 1929, who was a member of the Kaw Nation and born in Kansas Territory.

As for Harris, she defines herself simply as "an American."

In an interview with The Washington Post about the different ways people have described her, she said: