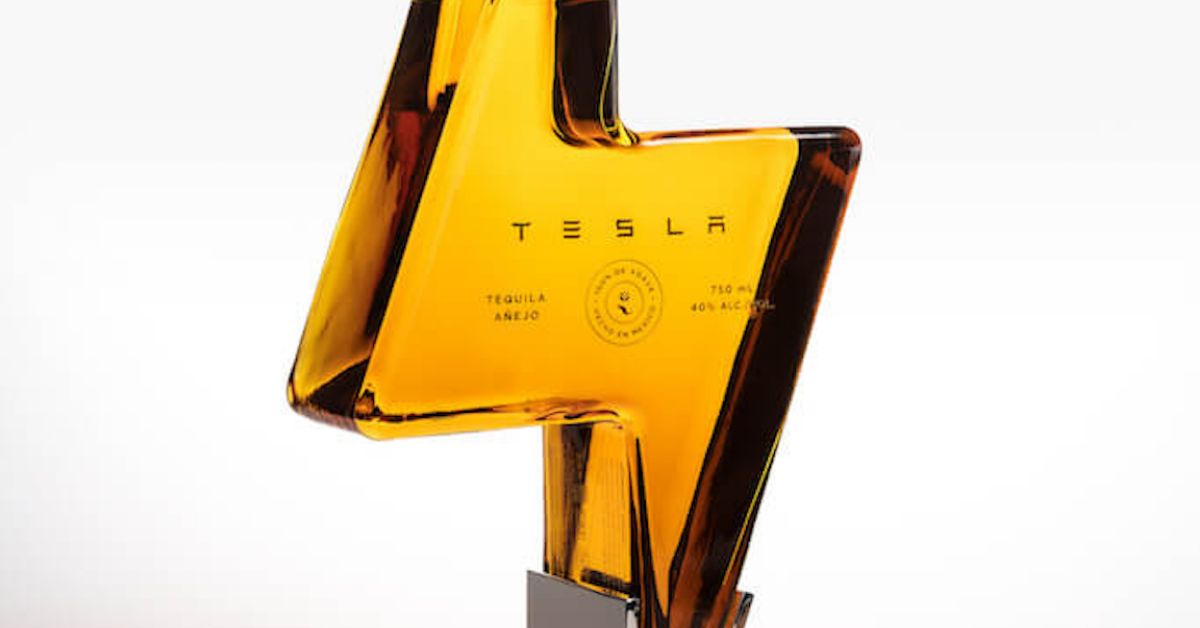 It's 2020, which means anything can happen. Well, apparently it kind of did, because what was an April Fool's joke two years ago has become an almost surreal reality.

Tesla CEO Elon Musk joked in a tweet in 2018 that he'd create his own brand of tequila called "Teslaquilla," and it happened. But that's not the surreal part.

He created this small-batch tequila and priced it at $250 a bottle. And it sold out in mere hours. Now, empty bottles are selling on eBay for $4,500.

That, my friends, is what we call clever marketing — and people having way too much money to burn.

Looks like Tesla took a shot, and it worked out.

The spirit, which is simply called Tesla Tequila, is made by California-based Nosotros Tequila and ages for over 15 months in French oak barrels.

Filled with rich vanilla and cinnamon tones, this small-batch premium drink is made with the finest ingredients, although the hacienda sells a very similar spirit for only $45. So, I guess just slapping the Tesla name on it is worth the extra $205...?

I will admit, the bottle is pretty cool, though.

The 750-millilitre bottle, which is elegantly shaped like a lighting bolt, sold out within seven hours of its release.

It contains a gold-hued liquid (which some might metaphorically call liquid gold) made from sustainable agave syrups and a host of other environmentally friendly ingredients. The only question: is the hangover worse or better with a higher price tag?

I guess you could say that this tequila is electric.

These bottles are 40-percent alcohol and pack a mean punch that may get you a little tipsy.

The inspiration of the product dates back to a tweet Musk sent out on April 1, 2018, that teased a "Teslaquilla" amid farcical news that the company had gone bankrupt.

Once again, Elon Musk is laughing all the way to the bank.

Although Tesla Tequila is sold out, it has made several appearances on eBay. Last I checked, you could get an empty bottle for $4,500. Because it is 2020, after all. Sadly, it doesn't seem like anyone is selling any bottles with the actual tequila in it.

How much would you be willing to spend for a bottle?