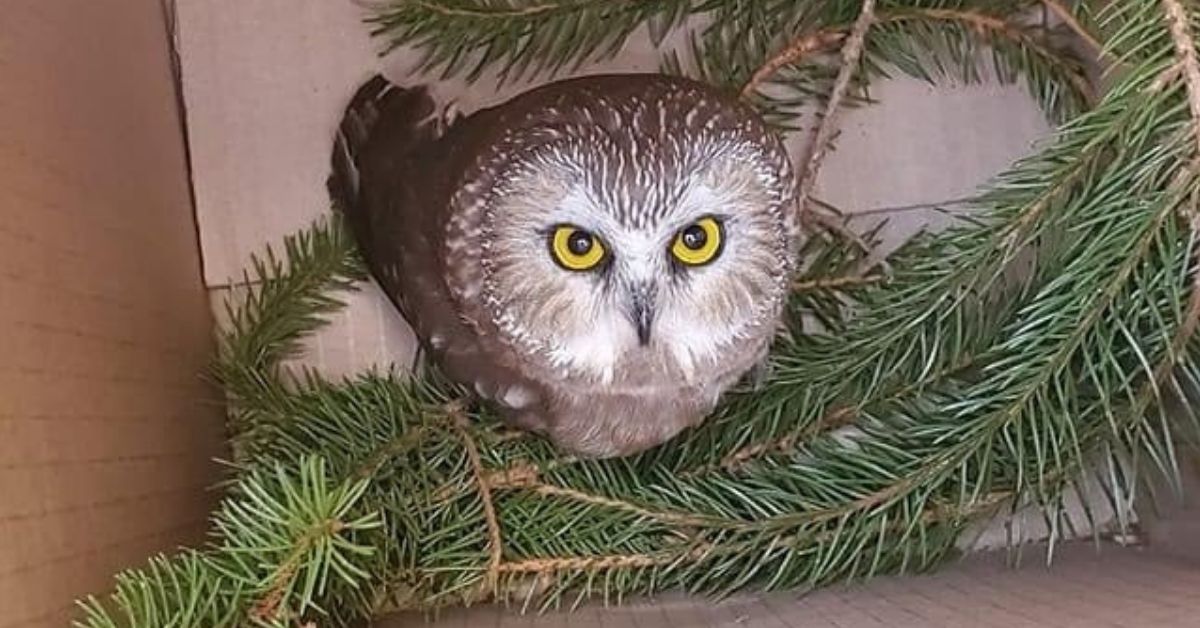 Workers setting up the Rockefeller Center's iconic Christmas tree were treated to quite the unexpected, but nevertheless adorable surprise when they discovered a tiny owl stowed away inside its branches.

As CNN reported, the miniature bird, now appropriately named "Rockefeller", was rescued from the tree and has since been recovering at Ravensbeard Wildlife Center, a wildlife facility located about two hours away from 30 Rock.

If you've seen the Rockefeller tree this year, you know that it's not exactly the spectacular sight we're used to. But hey, that's just 2020 for you.

On November 14, the 75-foot Norway Spruce arrived on location in Manhattan after being chopped down in Oneonta, New York, and was kept wrapped up on a flatbed truck until its...grand reveal on November 17.

Suffice it to say, it's not really wow-ing anyone this year. But thankfully, most people are ignoring the sparse spruce in favor of focusing on the little creature that was hidden inside its branches. 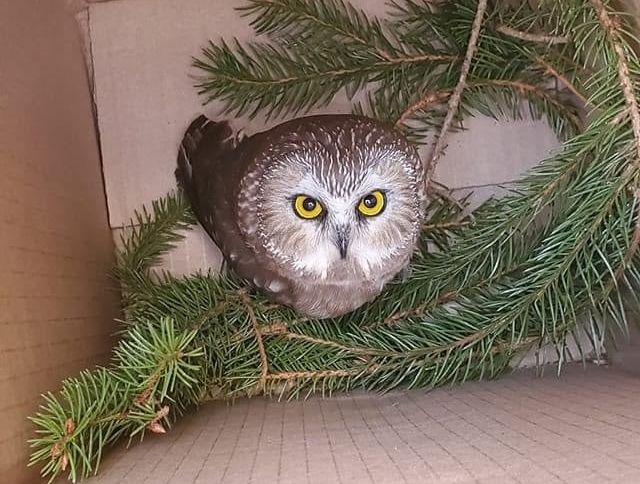 On November 16, the center received a phone call from wife of an employee for the company that was responsible for getting the tree to Manhattan.

She asked if they take in owls for rehabilitation, and upon learning that they did, she reported that her husband had a "baby owl" in need of help.

As it turns out, that "baby" was, in fact, no baby at all but a little Saw-whet owl. 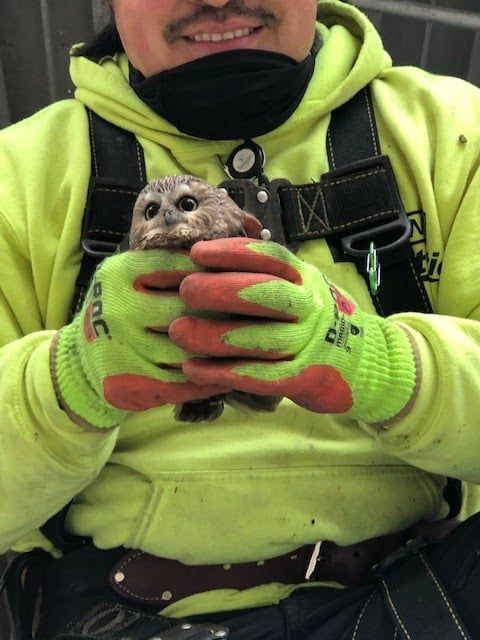 As Ravensbeard Wildlife explained on Facebook, Saw-whet owls are "the smallest owls we have in the northeast. All baby owls are born in the spring so the idea that there was a baby owl in November didn’t make sense."

Of course, since little Rockefeller witnessed his home being chopped down, and then rode inside that home all 170 miles to NYC, he's pretty shaken up. 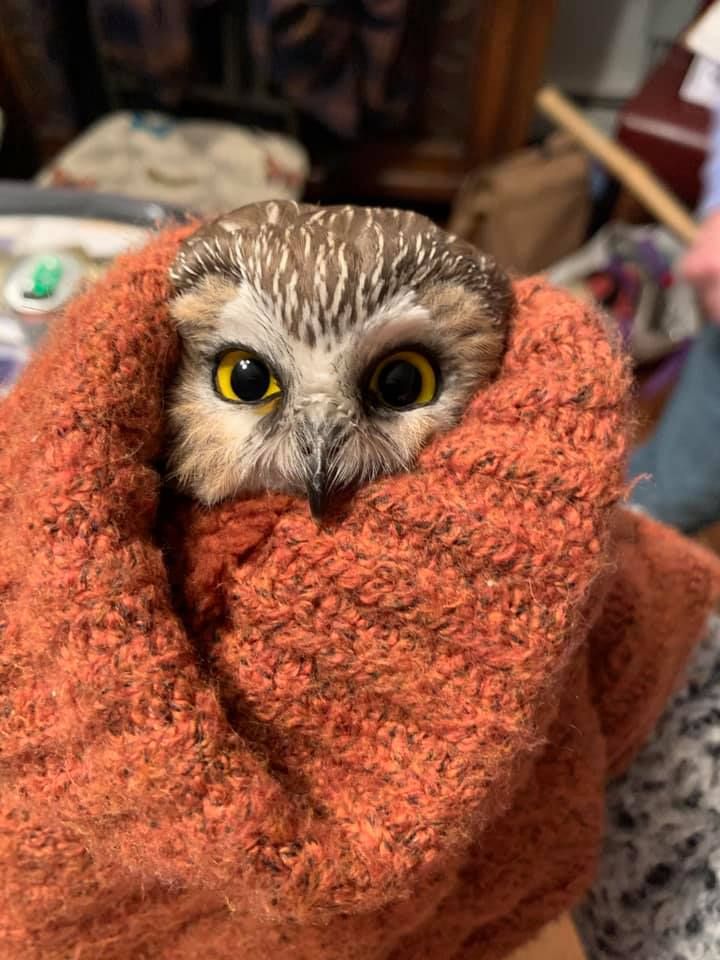 Because of his journey, he also went three days without food or drink. So he's been de-stressing at Ravensbeard, receiving fluids and enjoying an all-he-can-eat buffet of mice.

"So far so good, his eyes are bright and seems relatively in good condition with all he’s been through," the center wrote. " Once he checks in with the vet and gets a clean bill of health, he’ll be released to continue on his wild and wonderful journey."

On Friday, Ravensbeard offered an update for everyone eagerly keeping up with Rockefeller's recovery. 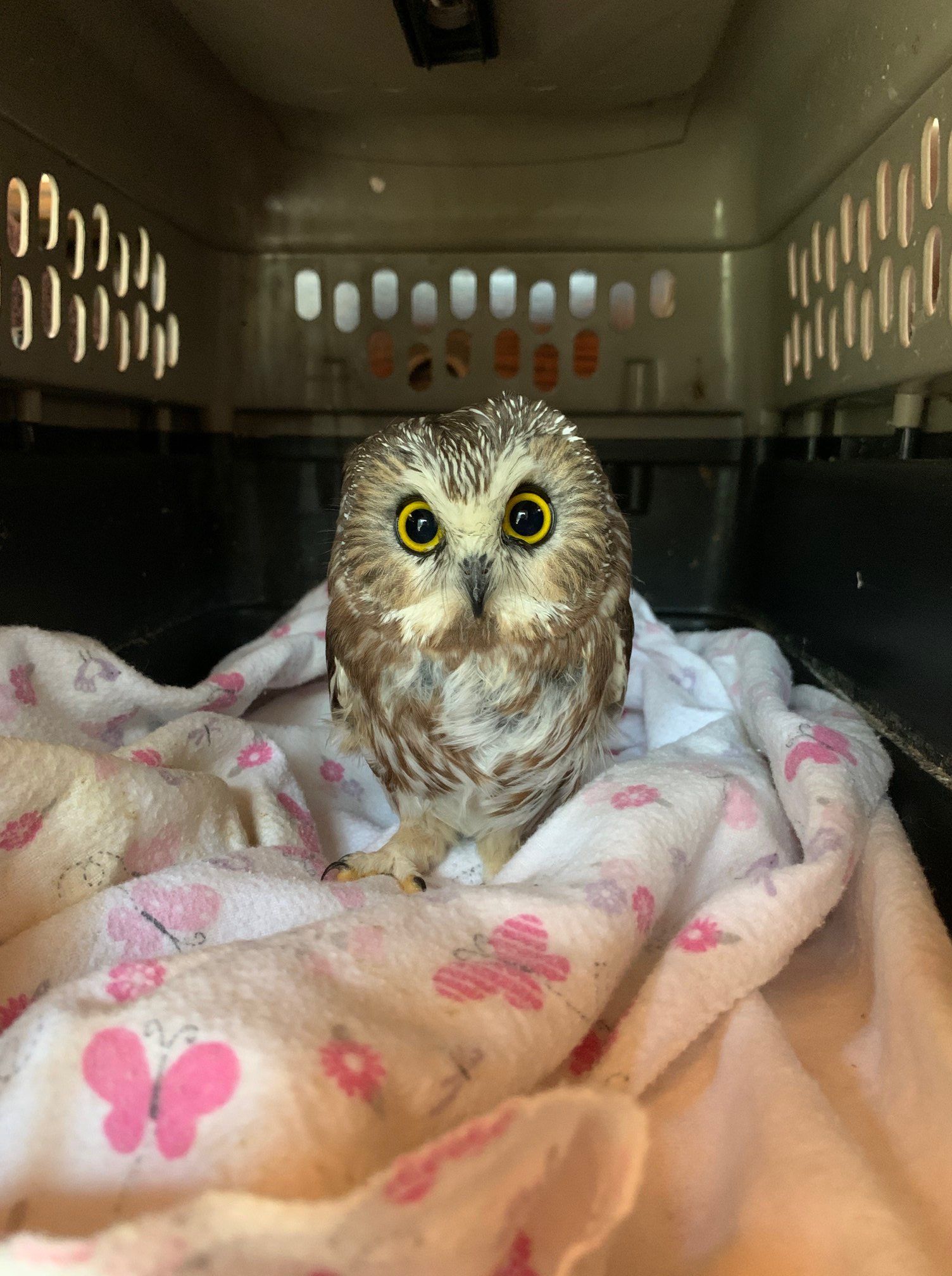 They reported the little owl's x-rays came back clear and he is feeling "much better."

"We will keep him here with us for a few more days while we monitor his health and get him back up to a proper weight," they continued. "We are all grateful for the support from everyone across the country and beyond, and are excited to provide more updates soon as to when Rockefeller will be released."

If you want to keep up with this adorable owl's journey, make sure to check out Ravensbeard Wildlife's Facebook page.