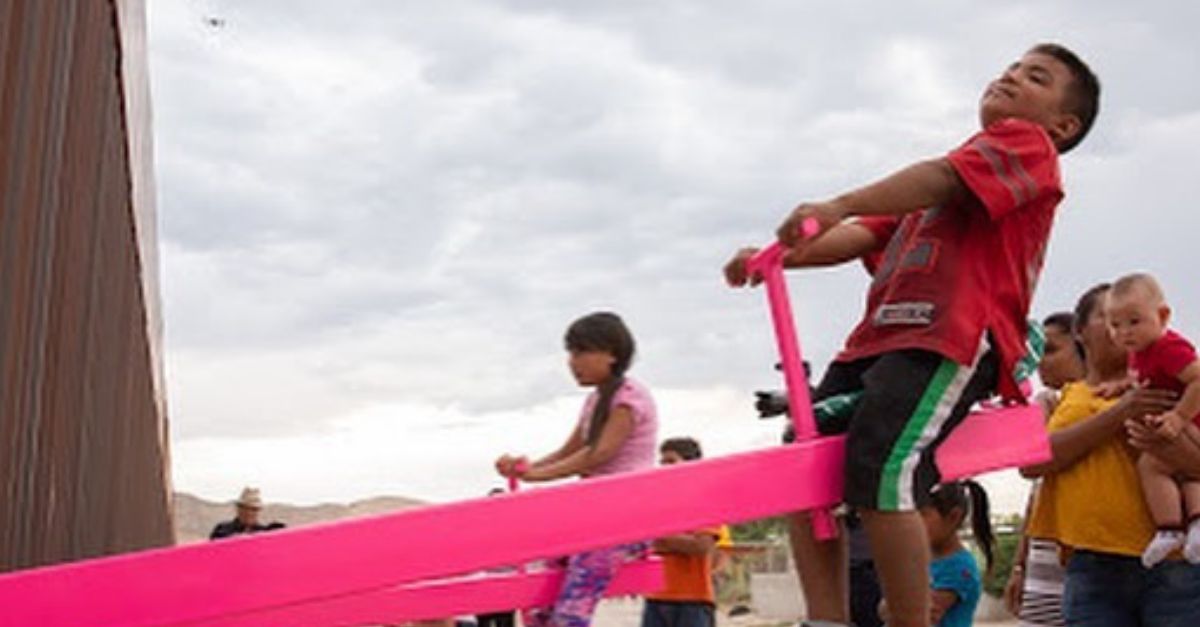 Ever since President Donald Trump included the idea of building a wall at the U.S.-Mexico border as part of his campaign platform during the 2016 Presidential Election, U.S. border security policies have worn a grim, new face.

Although there was always some degree of controversy surrounding how to handle immigration into the country through that border, both the border wall concept and the policies and conditions around existing border detention centers have resulted in seemingly endless anxiety among both American citizens and those seeking to enter the country.

As a result, it hasn't been difficult for those in the United States and Mexico to see each other as adversaries. But if that is going to be part of our future, two professors won't let it happen without a fight.

Ronald Rael is a professor of architecture at UC Berkeley and he's shown a clear passion for helping people in the wake of the latest chapter in U.S. border security policy. 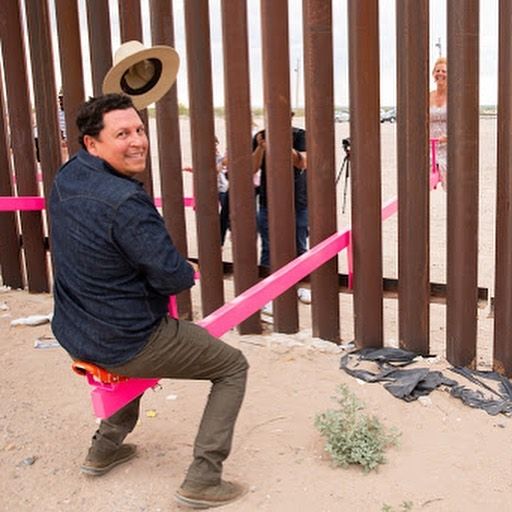 As he wrote on Instagram, he's committed to searching for "meaningful ways on both sides with the recognition that the actions that take place on one side have a direct consequence on the other side."

And alongside Virginia San Fratello, who teaches design at San José State University, he's worked to create a small, but meaningful solution. 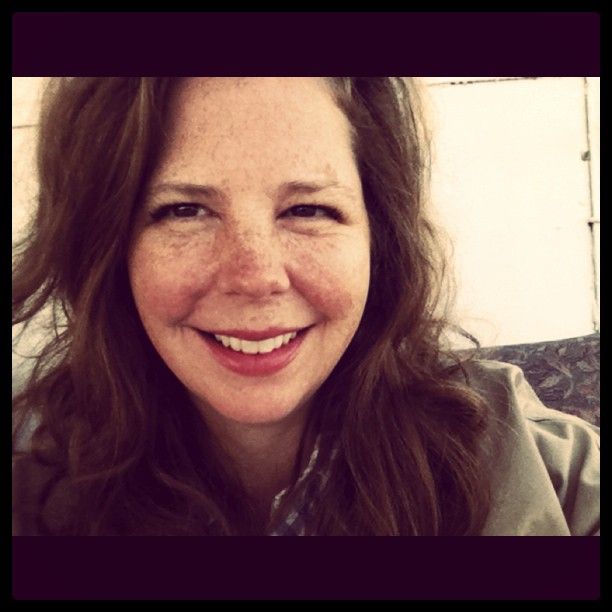 As The Guardian reported, their work was based on a concept that Fratello thought of about 10 years ago.

And that concept was to install a series of pink seesaws that straddle the U.S.-Mexico border. 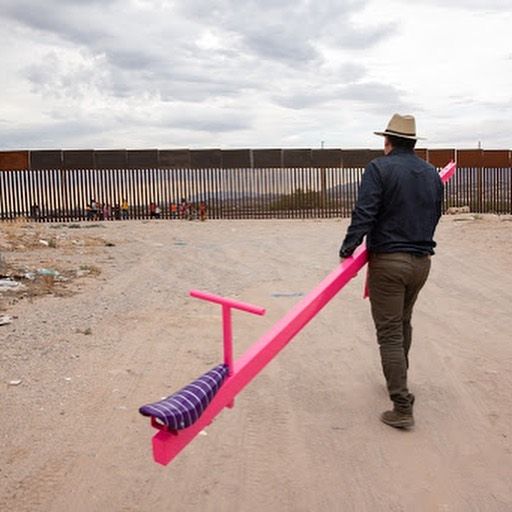 For Rael, these seesaws create a "literal fulcrum" between the quarreling nations and aimed to create, "joy, excitement, and togetherness at the border wall."

Indeed, one might expect people to be more likely to engage with people on the other side of the fence if there was a playful way to do it.

And based on the videos seen from the border, it seems there's some merit to that conclusion. 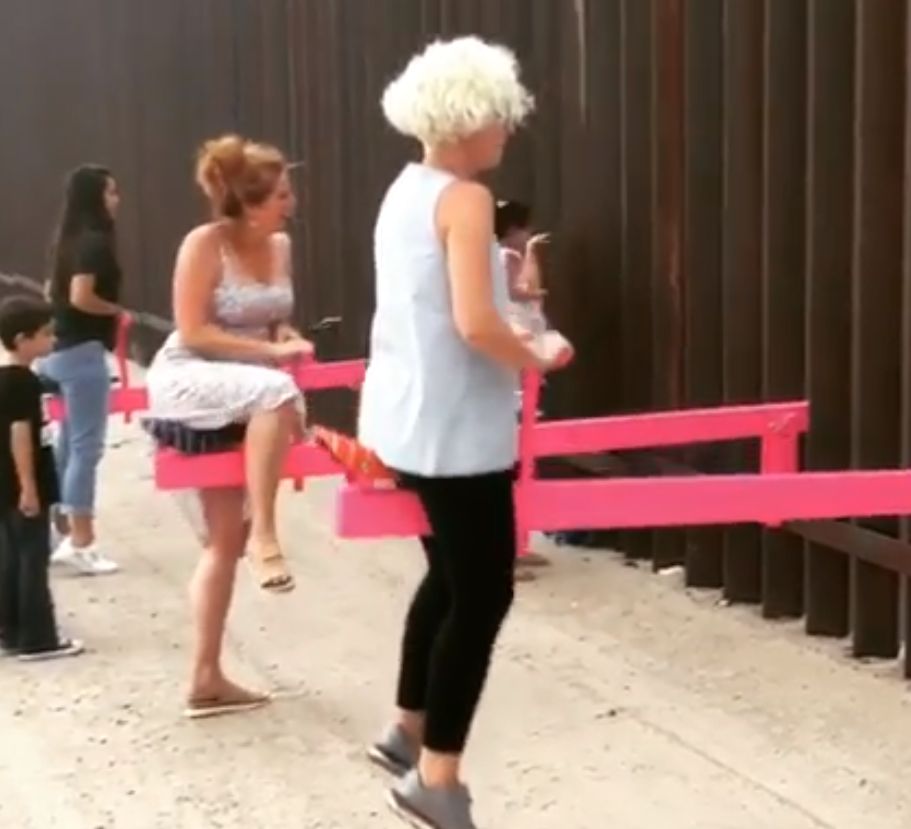 It seems natural that children would be excited to play on the equipment, but adults on both the Mexican and American sides of the fence are gleefully taking part as well.

Of course, that's not to say that children haven't been enjoying the pair's installation as well. 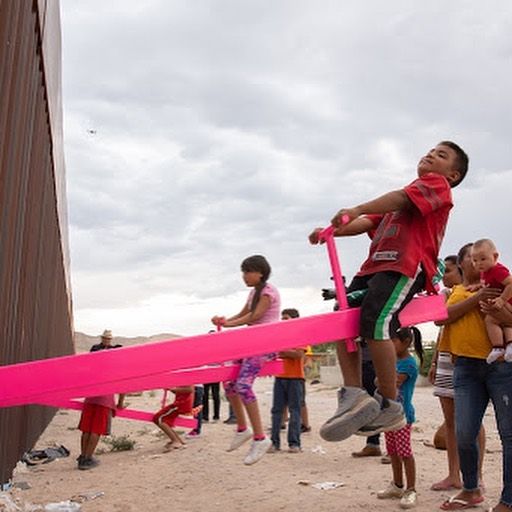 Indeed, the earlier that people come around to the idea that it's possible to live together harmoniously, the more likely the seeds of that idea are to germinate.

At the moment, the seesaws exist between the posts of the steel border fence between El Paso, Texas and Ciudad Juárez in Chihuahua, Mexico. 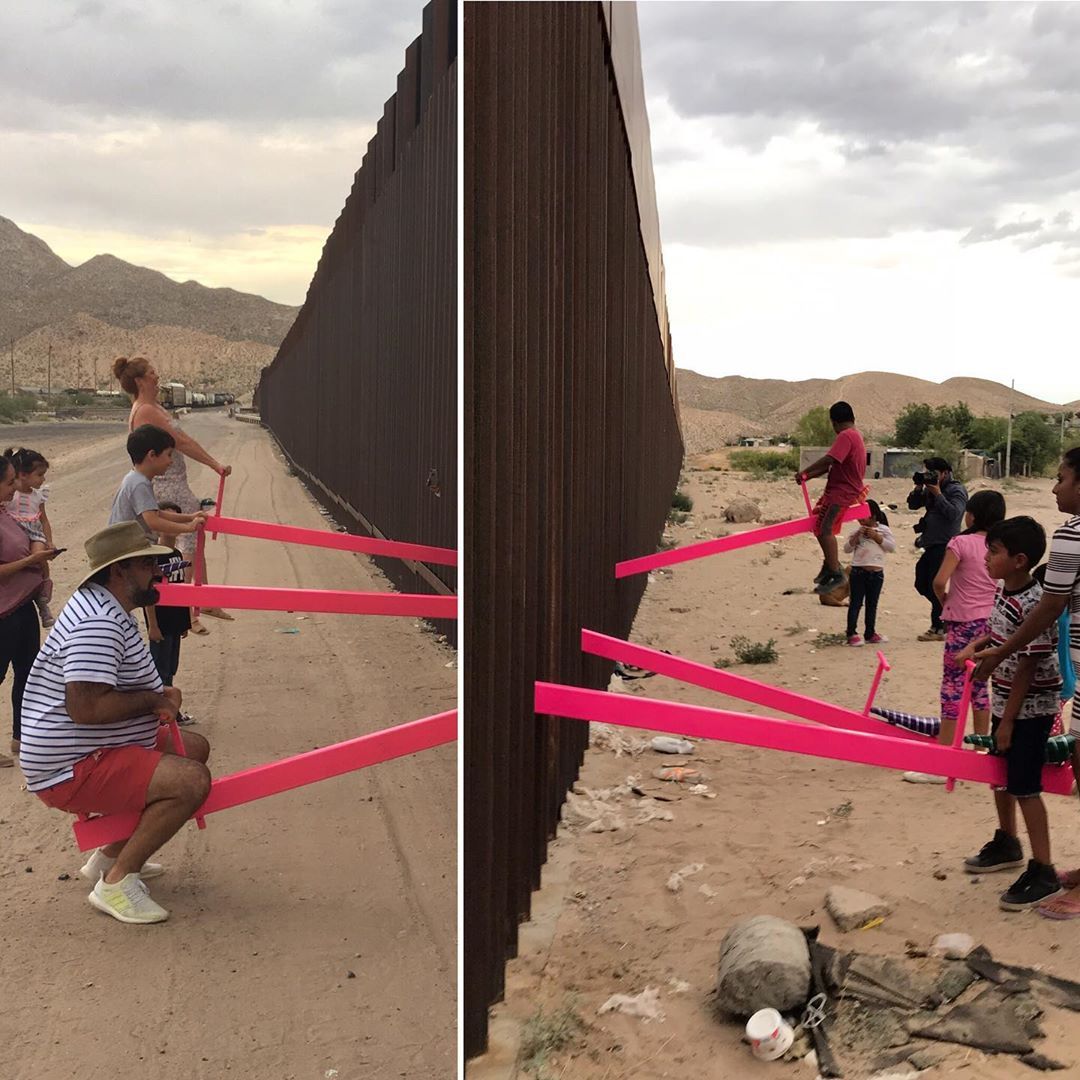 And their significance becomes all the more clear as, according to The Guardian, the U.S. Supreme Court has ruled in favor of allowing the Trump Administration to use $2.5 billion in national defense funds to replace existing border barriers in Arizona, California and New Mexico.

Rael and Fratello also aren't the only people who have responded to the way these border barriers are growing. 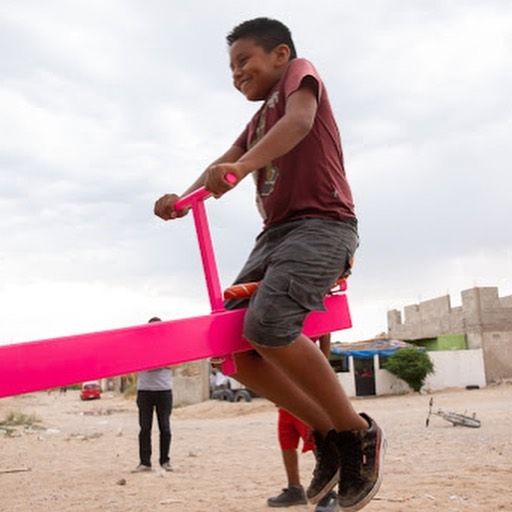 As The Guardian reported, an architectural group in Mexico known as Estudio 3.14 created a pink mock-up of Trump's proposed border wall back in 2016.

Also, The New York Times reported that an artist who goes by JR put a giant likeness of a child on the Mexican side of the border back in 2017.

Although its unclear what the future holds for this issue, we can at least have this peaceful moment in the meantime.

This aerial shot provides a full view of how people on both sides of the border enjoyed the seesaws.