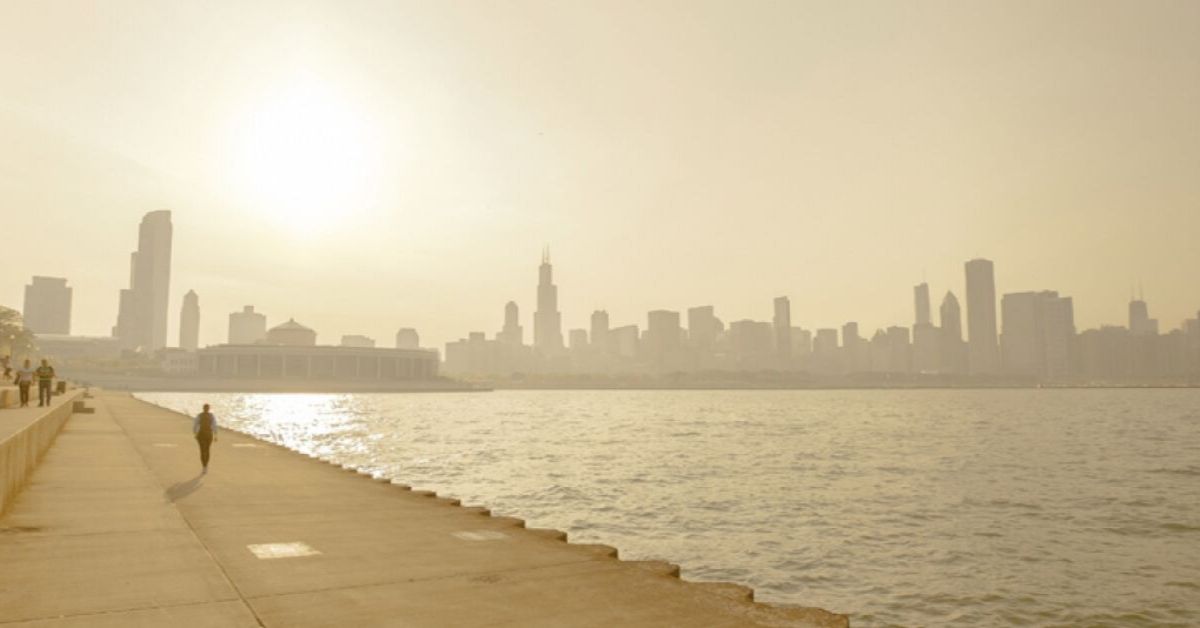 If you thought July was a scorcher of a month, you were right. And you were far from alone, too. Even if it wasn't especially warm in your neighborhood, the rest of the globe more than made up for it.

It's official: July 2019 was the hottest month ever recorded.

In its latest report on the global climate, the National Oceanic and Atmospheric Administration confirmed that no month has been hotter than July 2019.

At least, not within the past 140 years, when humans started keeping records of temperatures. "At 1.71°F above average, the July 2019 global temperature ranked as the warmest July and the warmest month on record," the NOAA tweeted.

The previous hottest month was July 2016.

What's more, the period of January to July tied 2017 for the second-hottest such period so far on record. 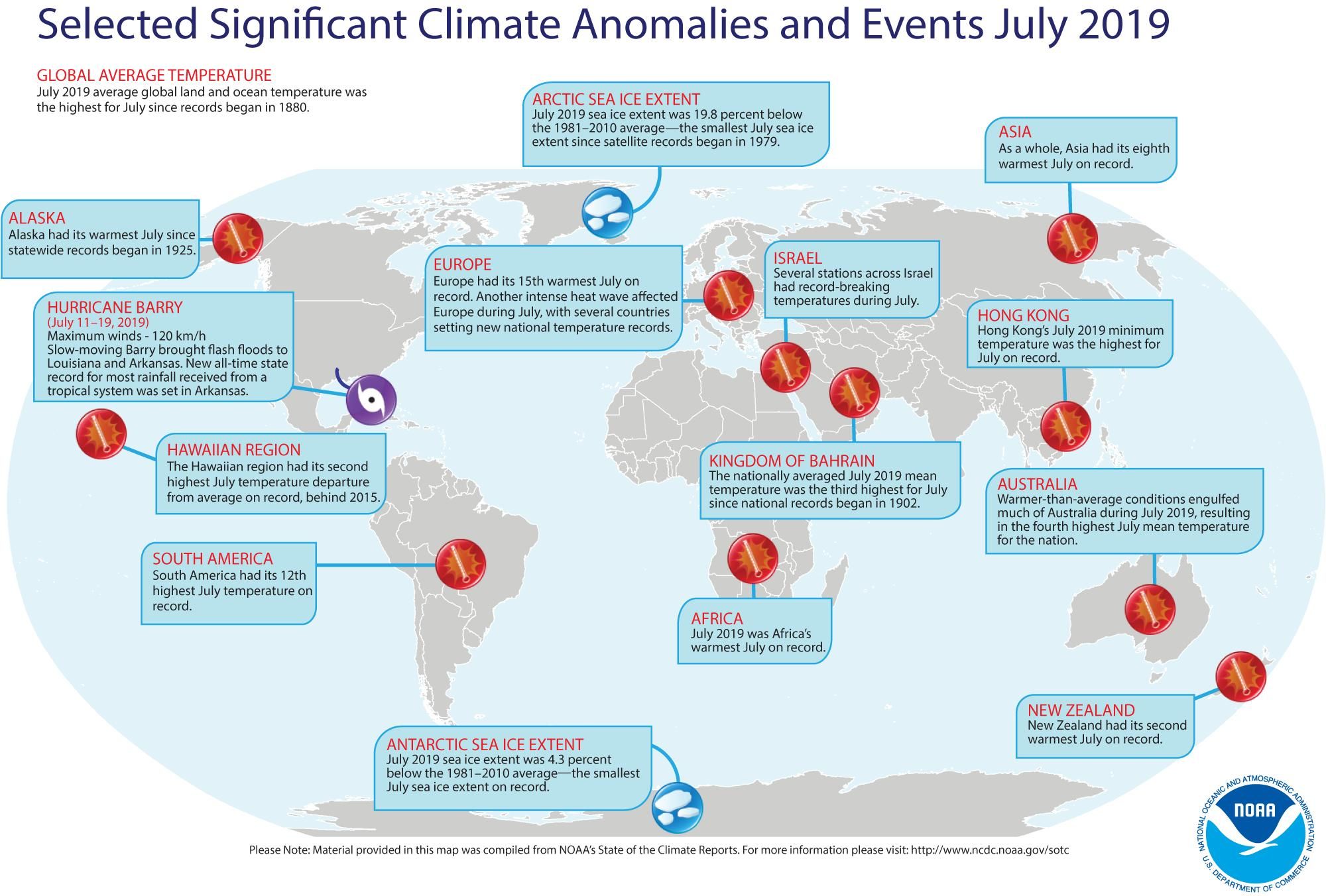 But July really took the cake, with many different areas around the globe seeing temperature records fall, including the warmest July ever for both Africa and Alaska.

Heat warnings were seen across much of the U.S. as well.

Much of the East Coast was gripped in an intense heatwave, while across the pond, Belgium and Germany both saw the hottest days ever recorded there, and The Netherlands had the hottest day it had seen in 75 years. Records weren't just eclipsed by fractions of a degree, but smashed by several degrees.

Even traditionally cold areas saw much higher than average temperatures.

The heatwave that caused such high temperatures in Europe eventually moved on to Greenland, where it caused a shocking amount of melting. Just in the month of July, Greenland's ice sheet, the world's second largest, lost 160 billion tons of ice, about the equivalent of 64 million Olympic-sized swimming pools, CNN reported.

At the same time, "unprecedented" fires broke out in the Arctic.

Satellites caught images of smoke billowing from over 100 blazes in Siberia, Alaska, and Greenland. "The number and intensity of wildfires in the Arctic Circle is unusual and unprecedented," said Mark Parrington, a senior scientist at CAMS.

It's estimated that the Arctic fires have released more carbon dioxide into the atmosphere than all of Belgium does in a year.