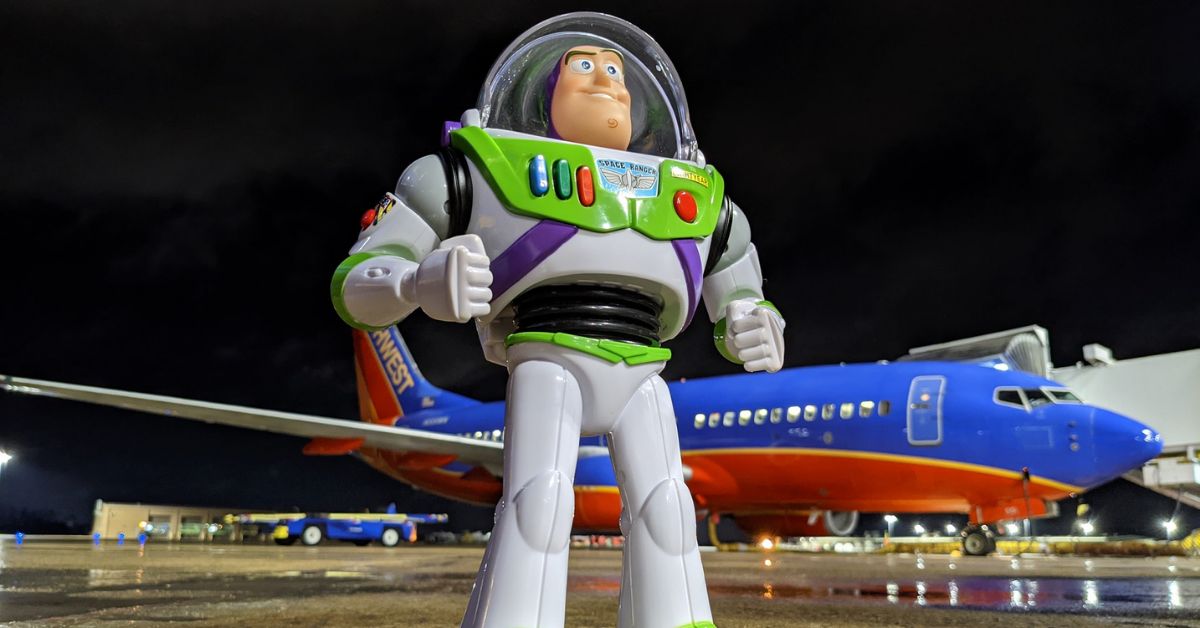 Most kids have a plethora of toys at their disposal, but they often have one special toy out of the bunch that they connect with the most.

For one boy, that toy is his Buzz Lightyear figure from the classic Disney movie, Toy Story. And when his beloved Buzz was lost at the airport, one worker embarked on his very own rescue mission to return the toy in style.

His brave mission began earlier this month when the young boy become separated from his toy.

As People reported, the two-year-old child named Hagen Davis and his family got off their flight to Dallas, Texas, only to discovered that the young boy's Buzz Lightyear toy was missing.

The family realized that Hagen must have left his toy on the plane, but it was too late to get it back, as the plane had already left the runway.

Luckily, this Buzz toy fell into the right hands. 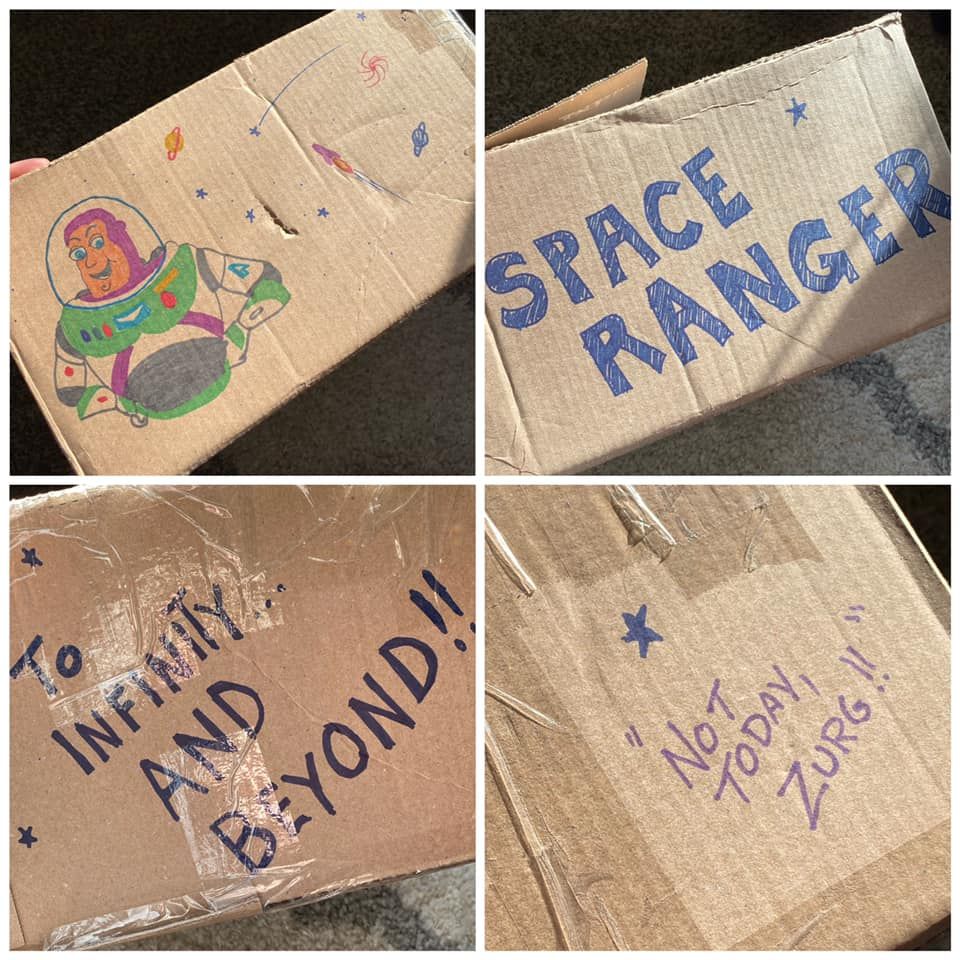 The plane eventually reached its final destination at Little Rock Airport in Arkansas, where one of its ramp agents, Jason, found the toy stowaway.

He could have simply dropped it off in the lost and found, or even thrown it away, but he decided to do something rather impressive instead. He not only found out who the toy belonged to, but he decided to send Buzz home in a decorated box.

Buzz was going home in style. 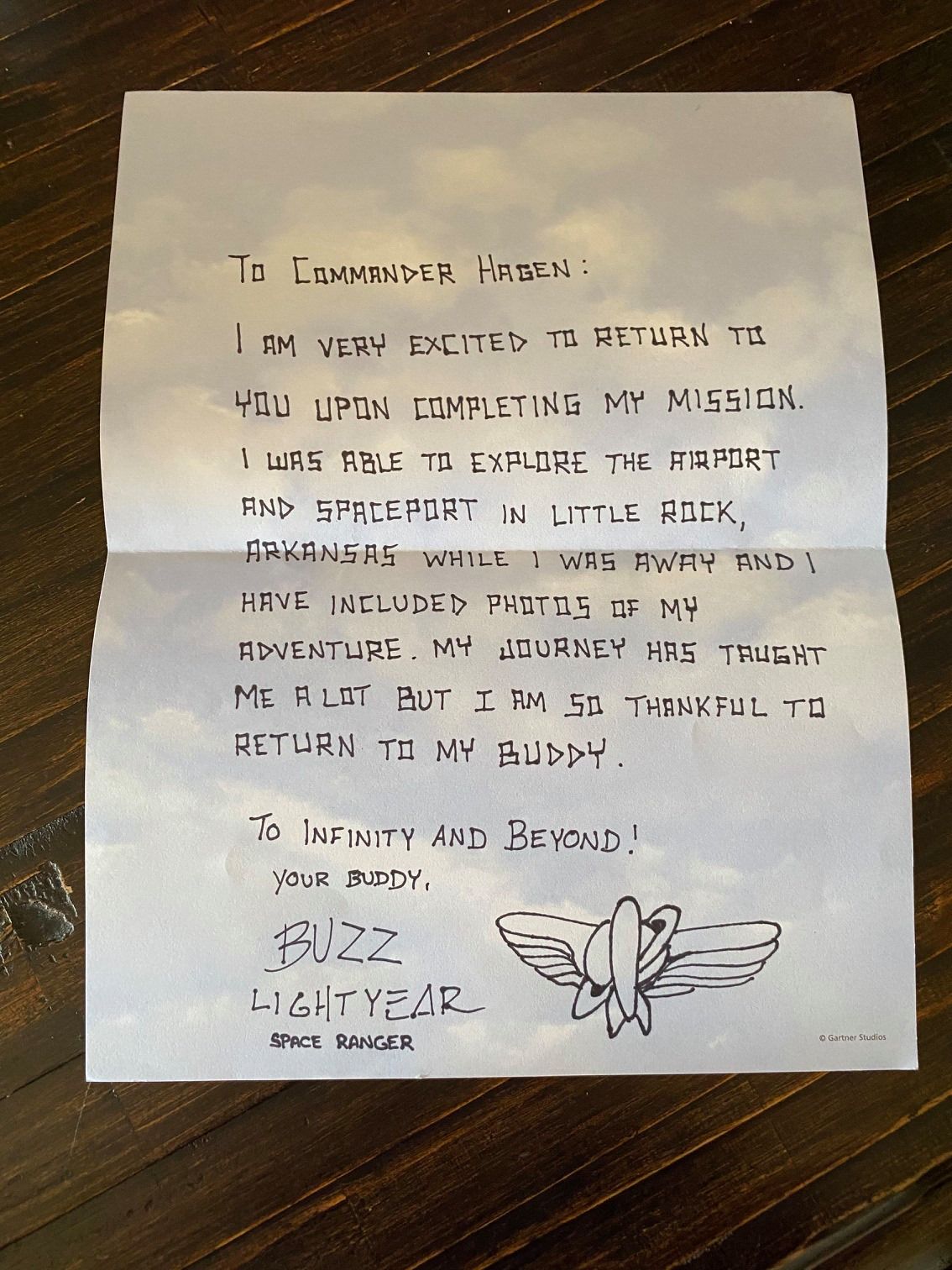 Jason noticed that the bottom of Buzz's shoe had the name "Hagen" written on it, which set him on the path to returning Buzz. After doing some digging, he learned that there was only one passenger by that name who traveled on the airplane that day.

Jason returned Buzz in a decorated box featuring plenty of drawings and iconic Buzz Lightyear quotes. The final touch was a handwritten letter in which Jason, as Buzz, explains he was actually on a mission with Southwest Airlines, but has now returned home "to my buddy."

Buzz and his kid were finally reunited. 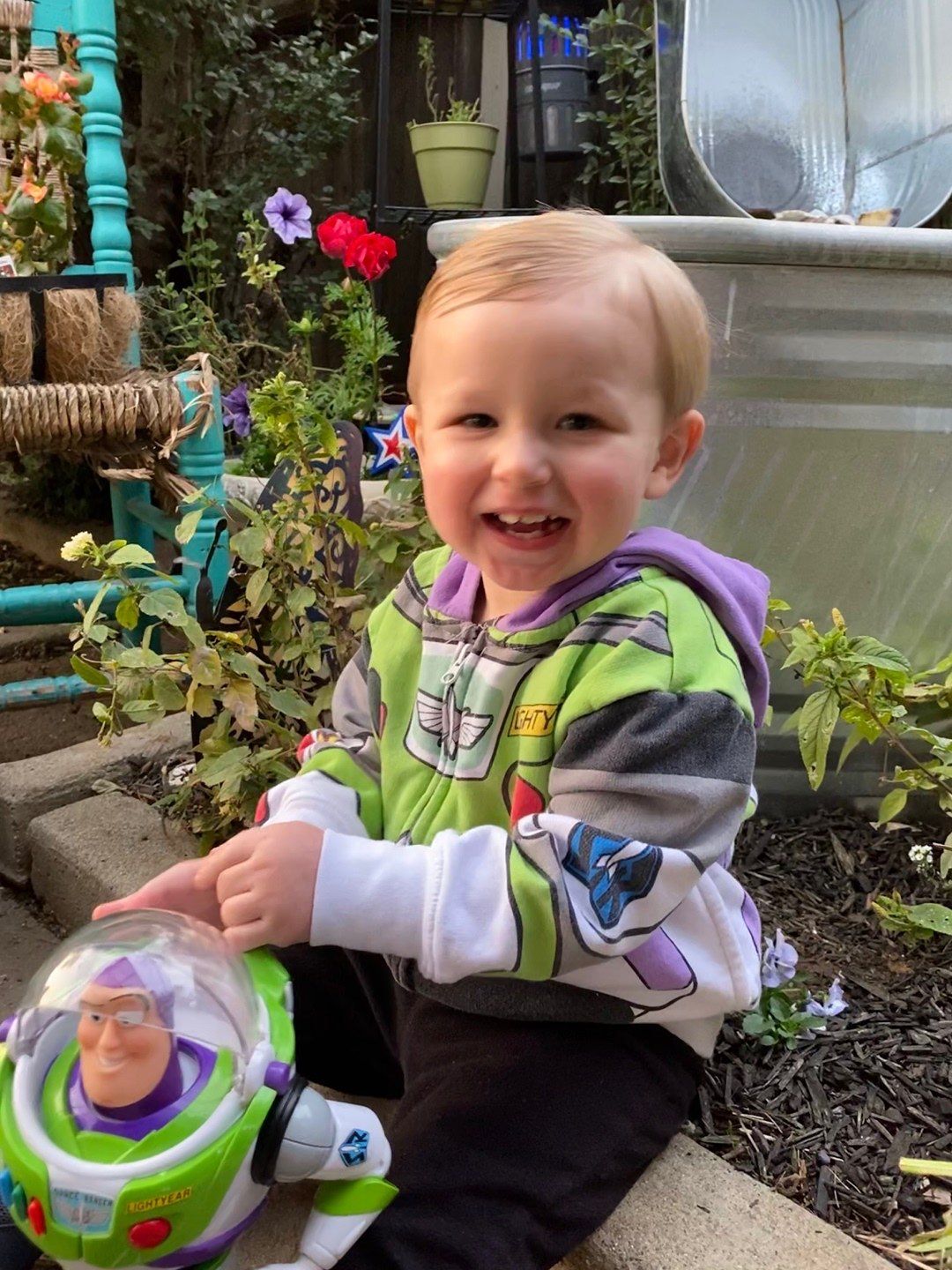 This picture, posted by Southwest Airlines on its Facebook page, pretty much says it all. Hagen was very happy to have his Buzz Lightyear toy back safely after quite the dangerous mission.

We hope there are even more people like Jason out there in the world who are willing to go the extra mile for a child in need. Or, dare we say, "to infinity and beyond."

Let us know what you think of this story in the comments and if you feel inspired by Jason's actions.