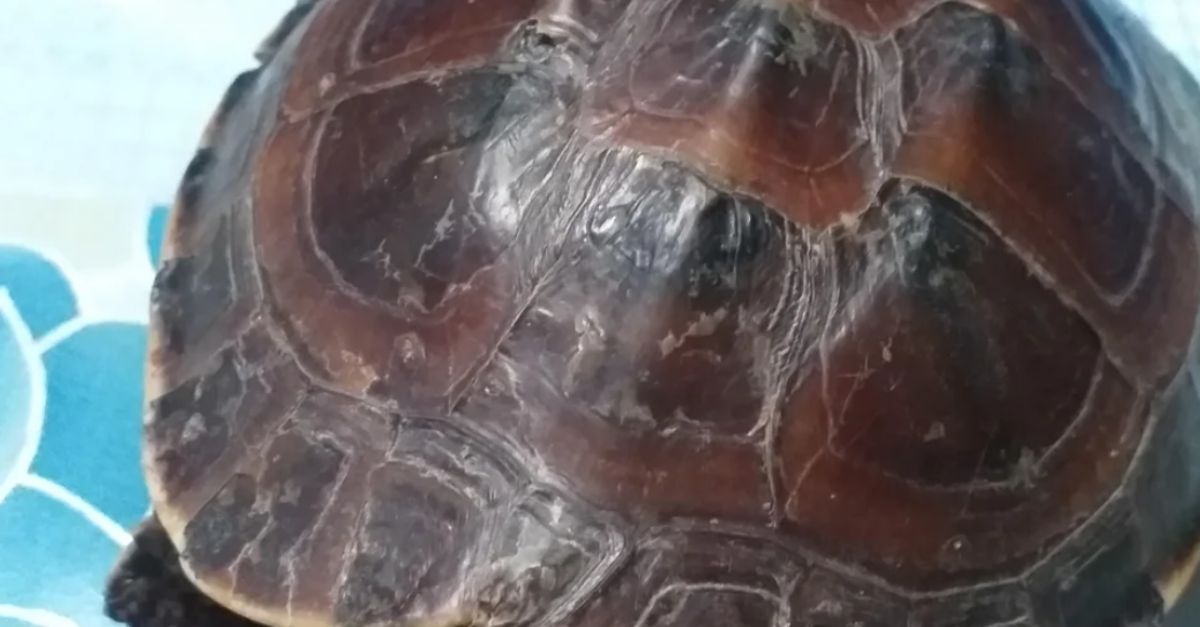 Woman Hospitalized After Flying Turtle Crashes Through Her Windshield

Although we never know what's going to happen in a given day, there are some possibilities that are so outlandish and seemingly impossible that we'd feel like something was wrong with us for even considering them.

For instance, outside of a Biblical plague, we generally don't expect frogs or any other animal to rain from the sky. However, the Library of Congress confirmed that this has actually happened on occasion and the mostly likely explanation for why are seafaring tornadoes known as waterspouts.

But while that's a fairly reassuring explanation for a mystifying situation, it doesn't really apply when just one creature suddenly finds itself airborne.

Unfortunately, that is precisely what made one Florida woman's day a lot worse.

On April 21, a woman and her 71-year-old mother were heading down Interstate 95 on the way to Daytona Beach from Port Orange. 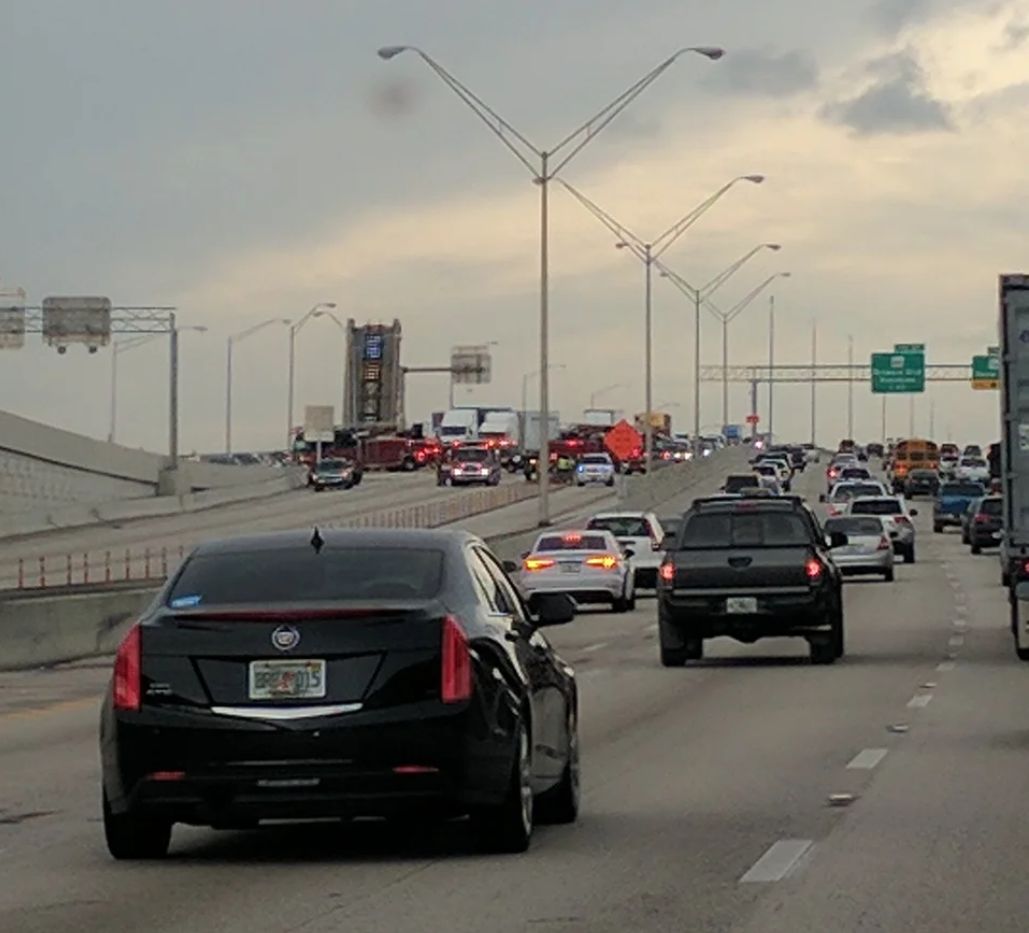 But as The Daytona Beach News-Journal reported, the mother was suddenly struck in the head after something crashed through the passenger side windshield.

The driver soon called 911 and told the dispatcher that her mother was bleeding heavily.

While the woman's daughter was speaking to the dispatcher, another driver pulled over to assist them and discovered just what had been launched through the windshield. 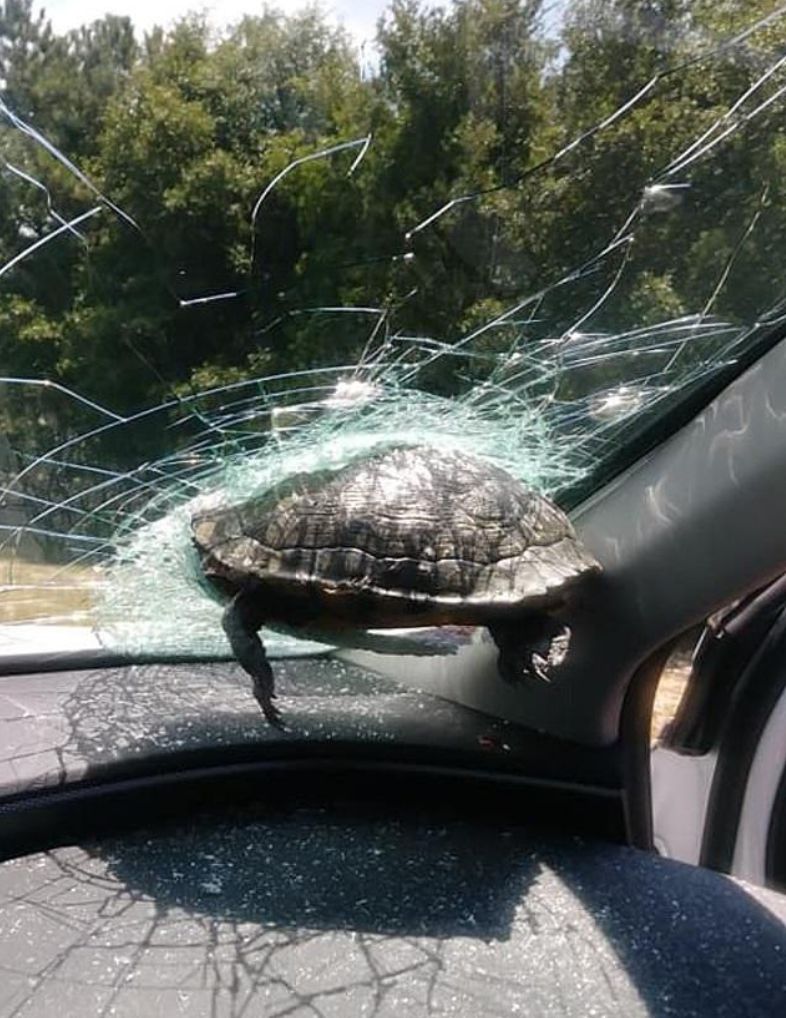 According to AP News, he could be heard saying, "there is a turtle in there" on the 911 recording, to which the daughter replied, "A turtle! An actual turtle?"

Although it remains unclear exactly what species of turtle they were dealing with, that is precisely what it was.

Following the dispatcher's advice, the daughter put towels over the wound and applied pressure until the ambulance arrived. 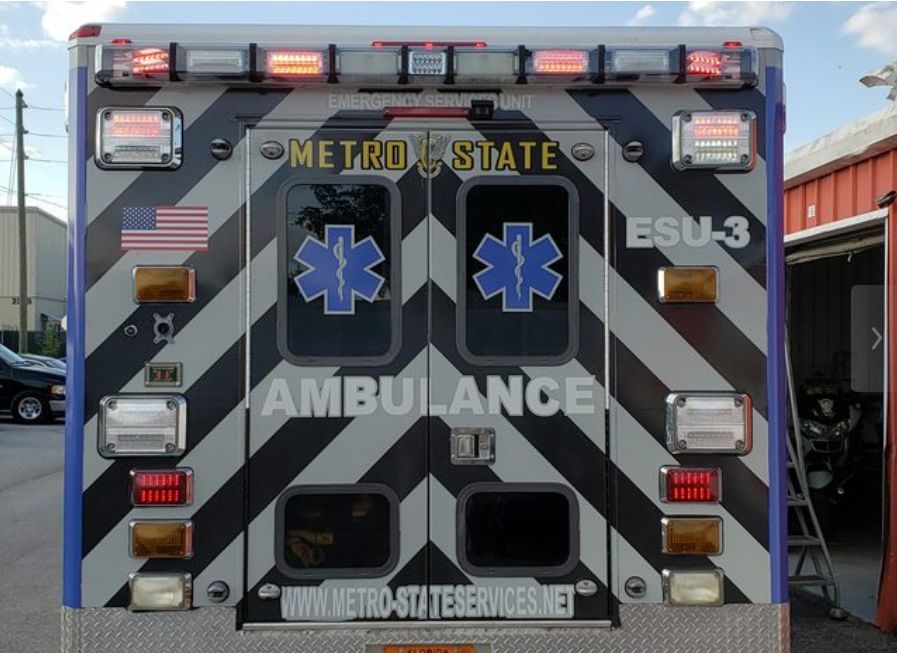 According to The Daytona Beach News-Journal, she said, "I swear to God this lady has the worst luck of anything."

However, it turned out that her luck wouldn't so bad because despite the heavy bleeding, the mother would not turn out to be severely injured and did not lose consciousness at any point during the ride to the Halifax Health Medical Center in Daytona Beach.

Since the woman hadn't even seen the turtle until it was already about to fly through the windshield, she had no idea how it became airborne in the first place.

And while that remains something of a mystery, AP News reported that the most likely theory at present was that the turtle was crossing the interstate before another vehicle hit it in just the right way to launch it into the air.

Interestingly, the turtle seemed to emerge from the situation even more unscathed than the woman did. 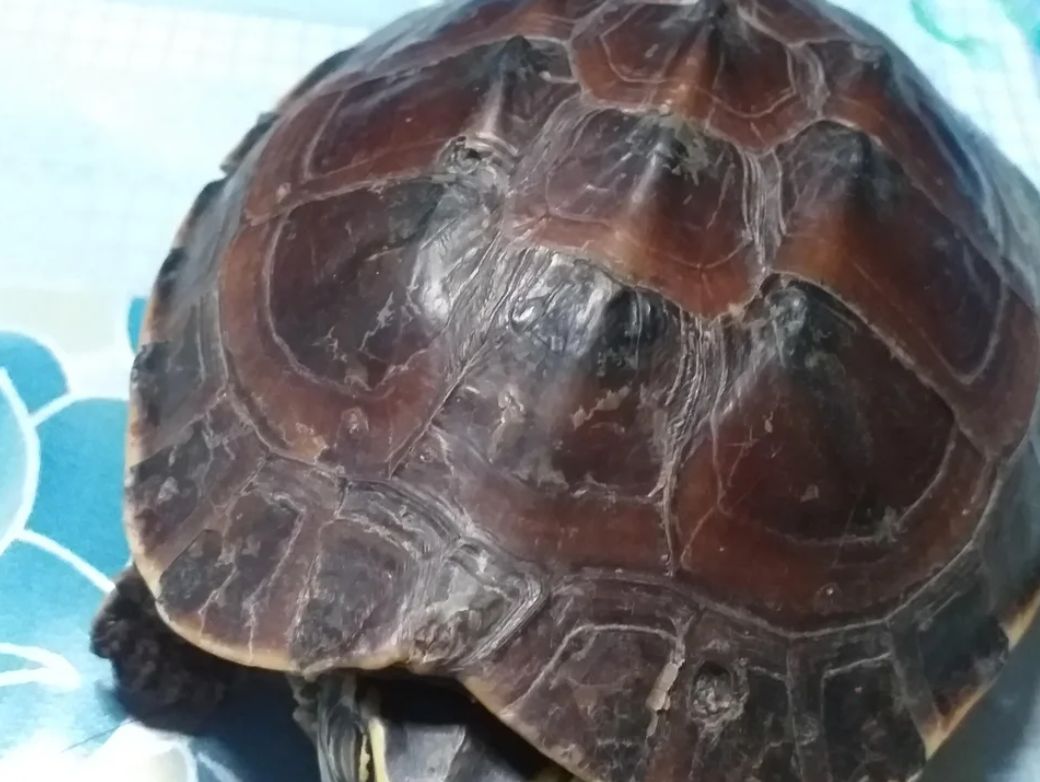 As Port Orange police representative Andre Fleming told The Daytona Beach News-Journal, it survived with only some scratches to its shell and firefighters were able to release it into some nearby woods.