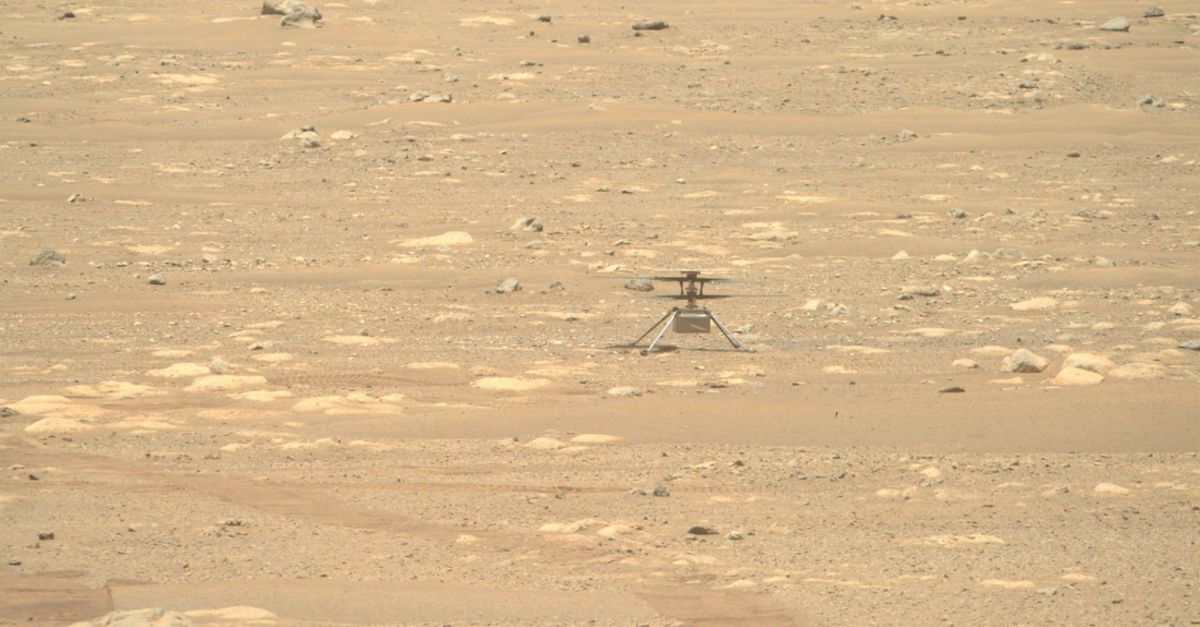 Two months ago, the world was excited to learn that NASA's Perseverance rover had safely touched down on the surface of Mars.

And part of that excitement came from the fact that it was carrying the first ever vehicle that would fly under its own power from a surface outside of Earth. That vehicle is the helicopter known as Ingenuity and it had already made history when it took its first flight on April 19.

And now, it's set a new record with its successful fourth flight that is already opening a new possibility for Ingenuity on the red planet.

If you look closely at that speck on the mountain range in the background of this photo, you can see Ingenuity taking its fourth flight on Mars. 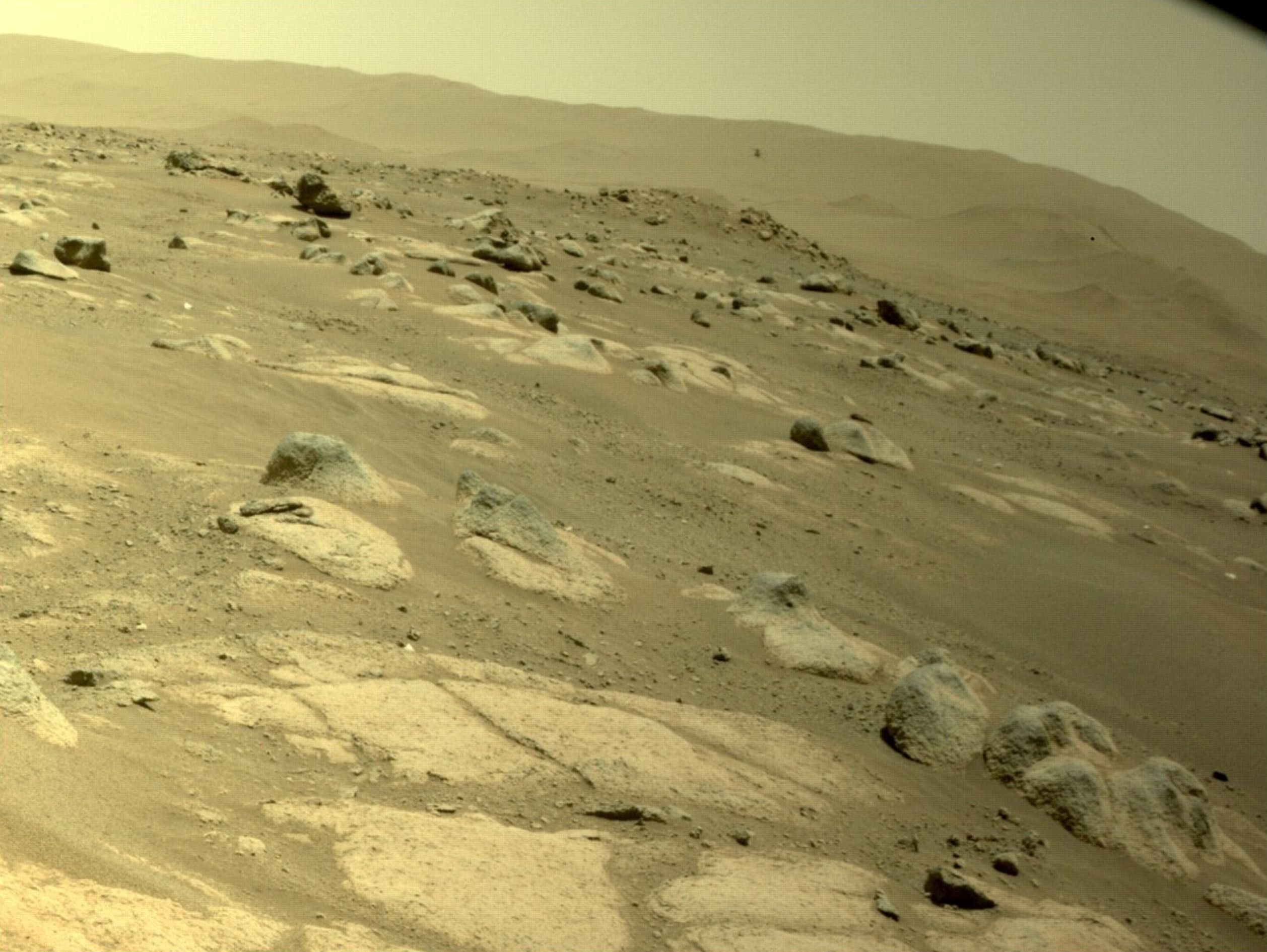 According to CBS News, this flight saw the four-pound helicopter fly faster and farther than ever before after it took off from "Wright Brothers Field" in Mars' Jezero Crater at 12:33 pm Martian time (or 10:49 am Eastern) on April 30.

Despite the challenges that come with the planet's thin atmosphere, NASA reported that the helicopter was able to climb to an altitude of 16 feet before flying 436 feet to the south and back again within 1 minute and 57 seconds.

Although NASA considers Ingenuity's performance during these flights "letter perfect," that doesn't mean that they've gone off without a hitch. 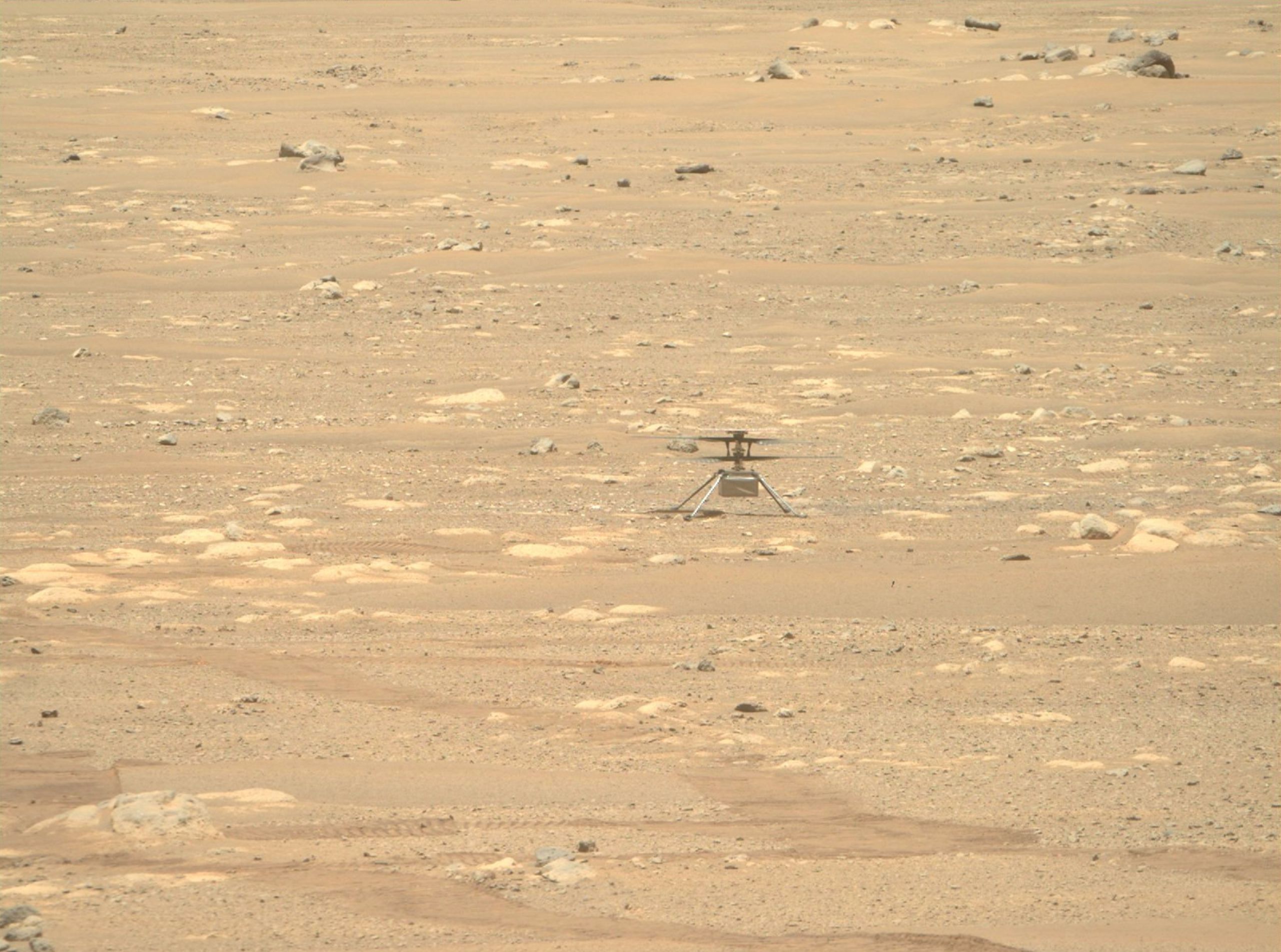 As CBS News reported, the flight was supposed to take place a day earlier but was hampered by a glitch that saw the helicopter's on-board computer fail to switch to flight mode.

This had happened shortly before its first test flight and NASA's engineers debated whether to completely rebuild software or just patch in additional commands to correct the problem.

They took the second of these options but since the error occurred again, it seems a total software replacement is back on the table.

Nonetheless, the helicopter's success thus far has convinced NASA to extend Ingenuity's flight operations for another month and it can now start collecting science data. 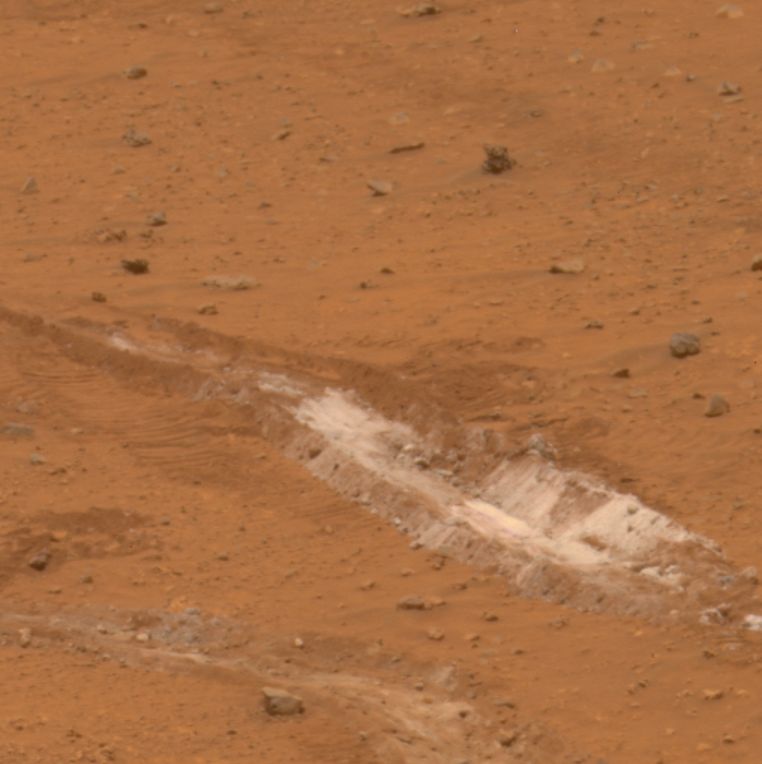 As project manager MiMi Aung told CBS News, its next flight will see Ingenuity permanently transition to a new space that it photographed during this flight, which could be the site of a new airfield.

In her words, "After it arrives, we're going to work very closely with (the Perseverance team) to identify the new, operational products and scenarios that we want to test (going) forward. I can't tell you how excited we are about this new phase."

According to NASA, Ingenuity will take photos that will serve as the basis for 3D models of the Martian surface that wouldn't be achievable by either rovers or satellites.