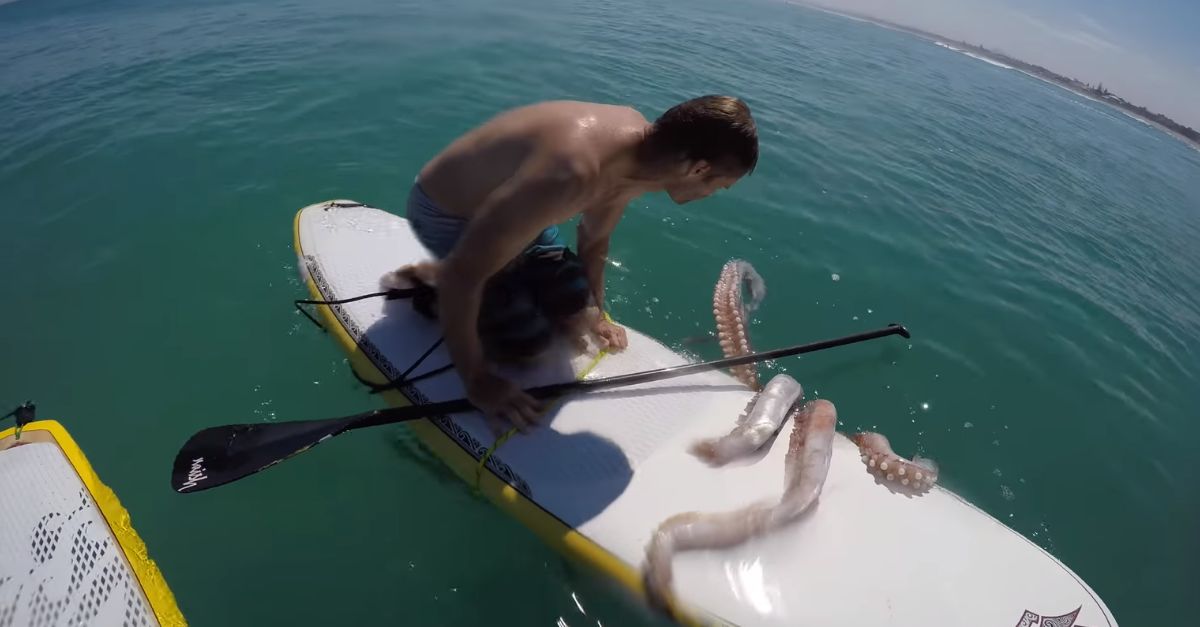 When we were growing up, most of us could agree on a list of animals that seemed both intensely cool and incredibly dangerous.

Although some regions put you in touch with a lot more spiders, snakes, and scorpions than others, lions, tigers, sharks, bears, and giant squids were all animals we had a healthy respect for.

For that reason, it's hard to imagine ourselves feeling anything but petrified if we were to meet them in the wild. However, life isn't always that simple.

As one video shows, it's not hard to tell when even an unfamiliar animal is in bad shape. And when wee see that, any fear we have can soon melt away to be replaced by compassion.

Be warned, the video contains some graphic footage towards the end.

When James Taylor and his friends were paddle boarding off the coast of Cape Town, South Africa, they came upon a startling sight. 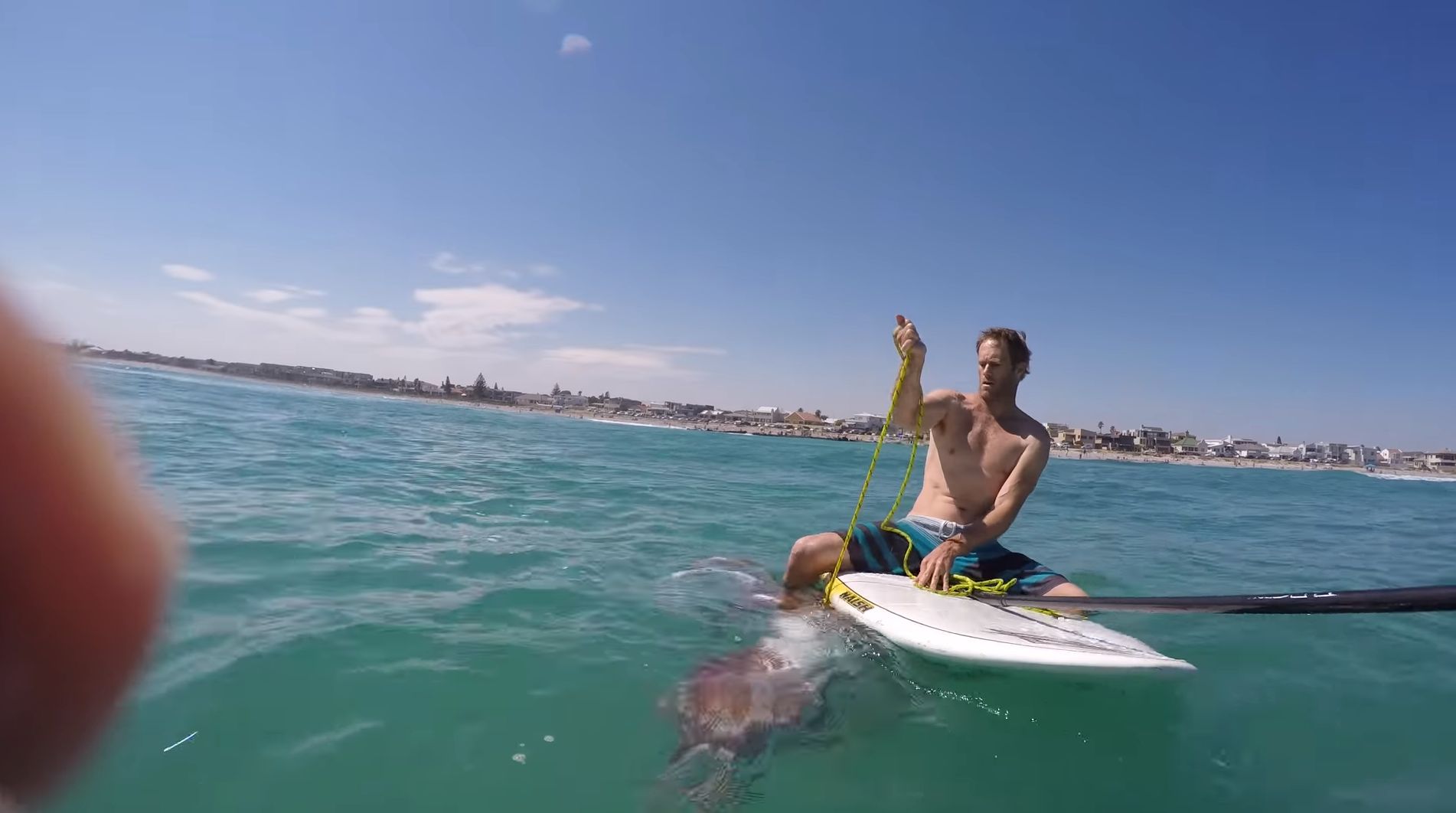 There was a giant squid swimming along in the water, but there was something about it that didn't seem right.

For one thing, it didn't seem to react much as they moved closer to it. 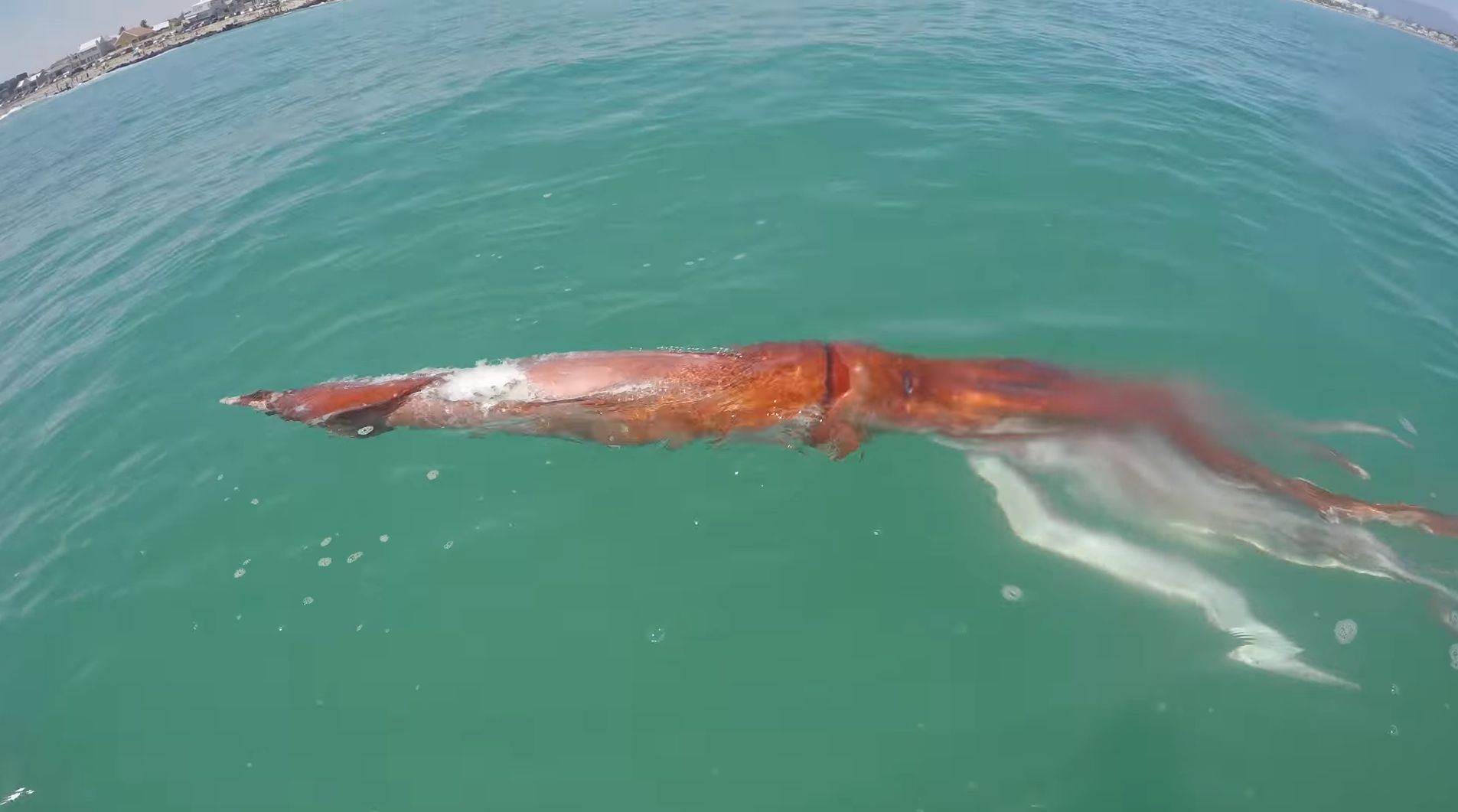 Taylor and his buddies managed to take some very close underwater shots of the squid without it appearing to show and interest or suspicion.

Even with that in mind, however, the weakened squid still gave the surfers a surprise. 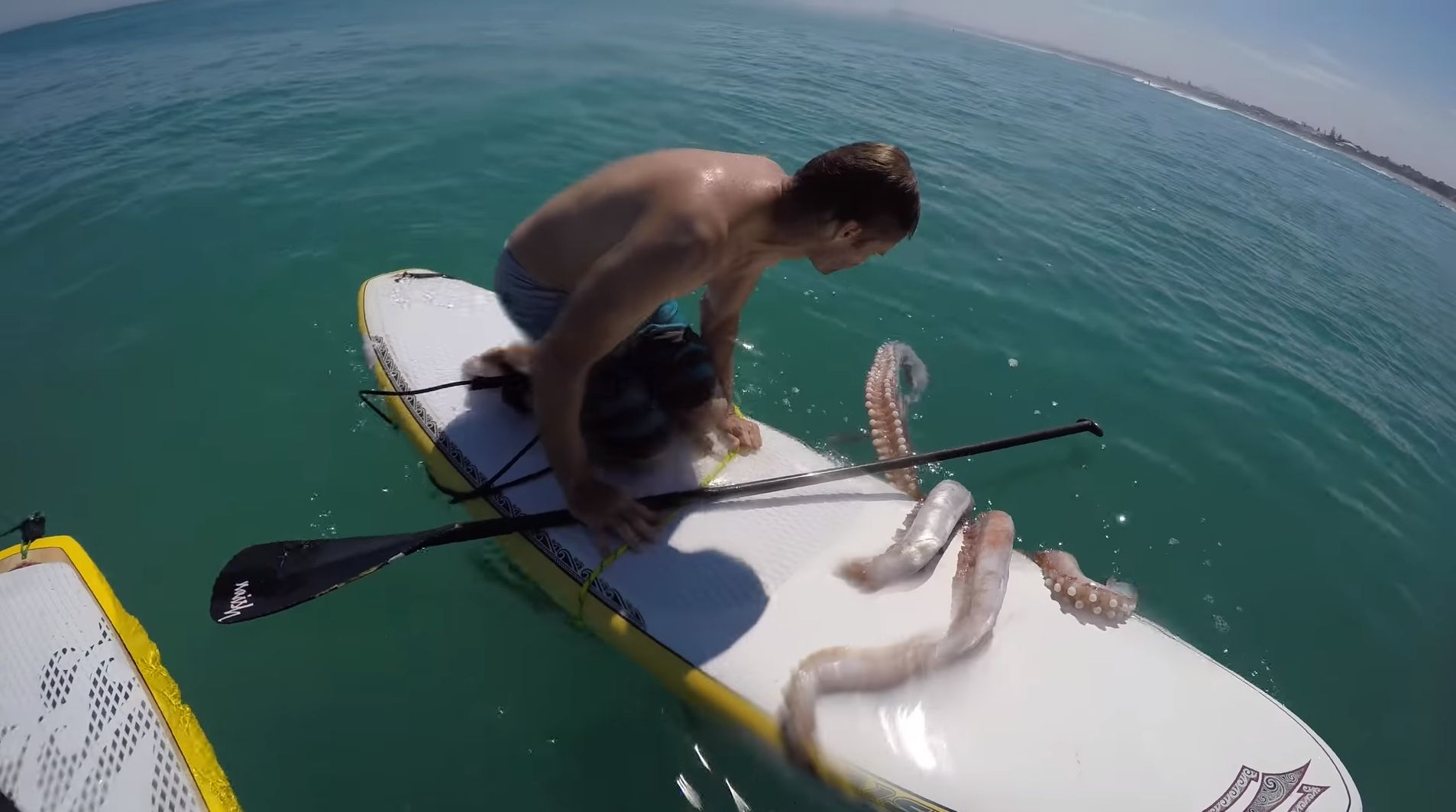 After Taylor pulled it towards his board with a rope, the squid's tentacles quickly wrapped around the board, prompting him to quickly jump off.

But when he returned to it, Taylor noticed that the squid wasn't attacking the board so much as spending the last of its strength clinging to it.

So he started paddling towards the shore and the squid's grip seemed to loosen soon after this. 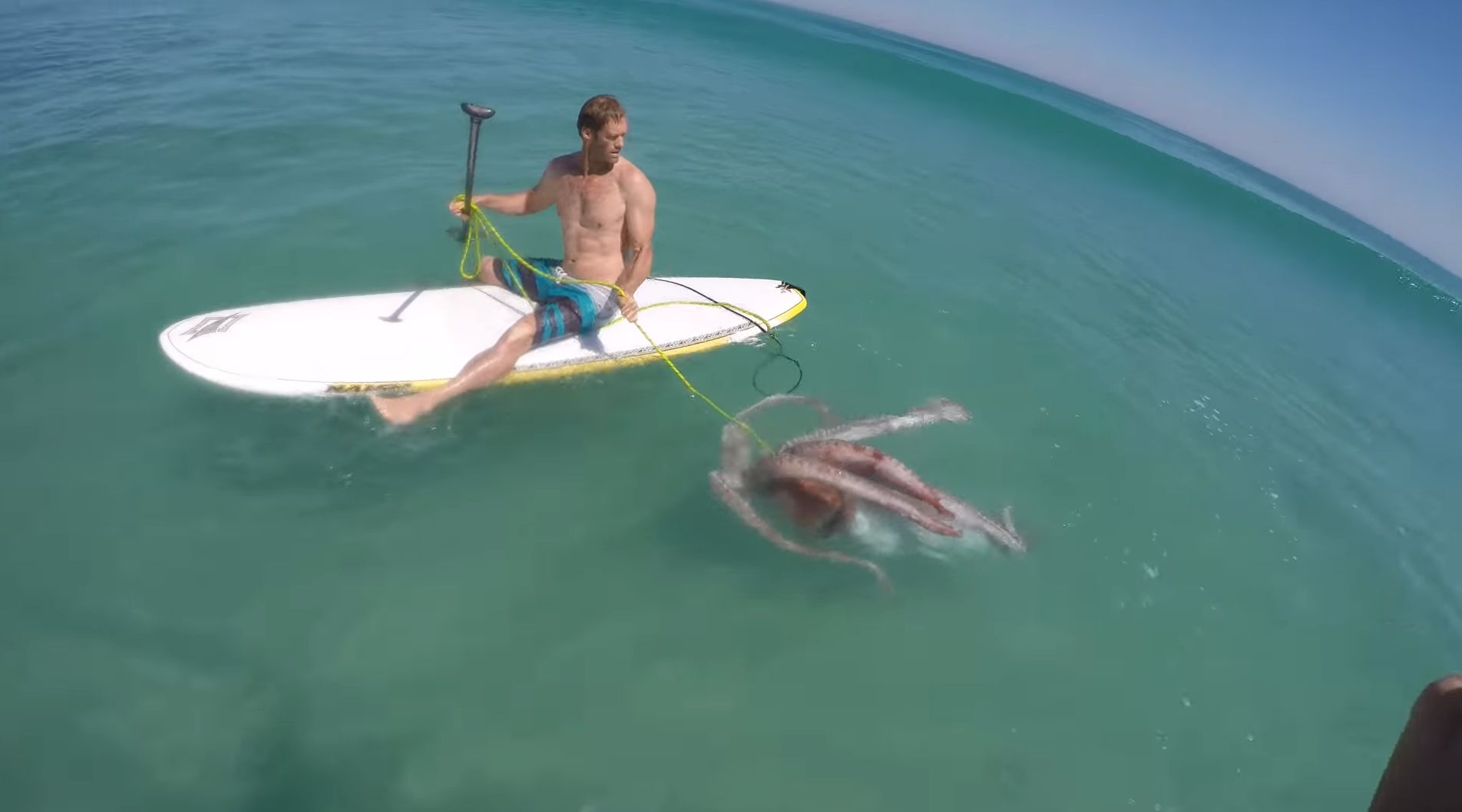 As this happened, Taylor simply towed the squid the rest of the way using the rope he had attached to it.

Naturally, a paddle board towing a giant squid isn't a sight most people see every day, so a crowd had gathered by the time Taylor made it to shore.

It's at this point that he cut the now dead squid open in the search for any clues as to what led the squid to its fate.

Taylor's encounter with the squid from the moment of first contact to this amateur necropsy can be seen in the full video.