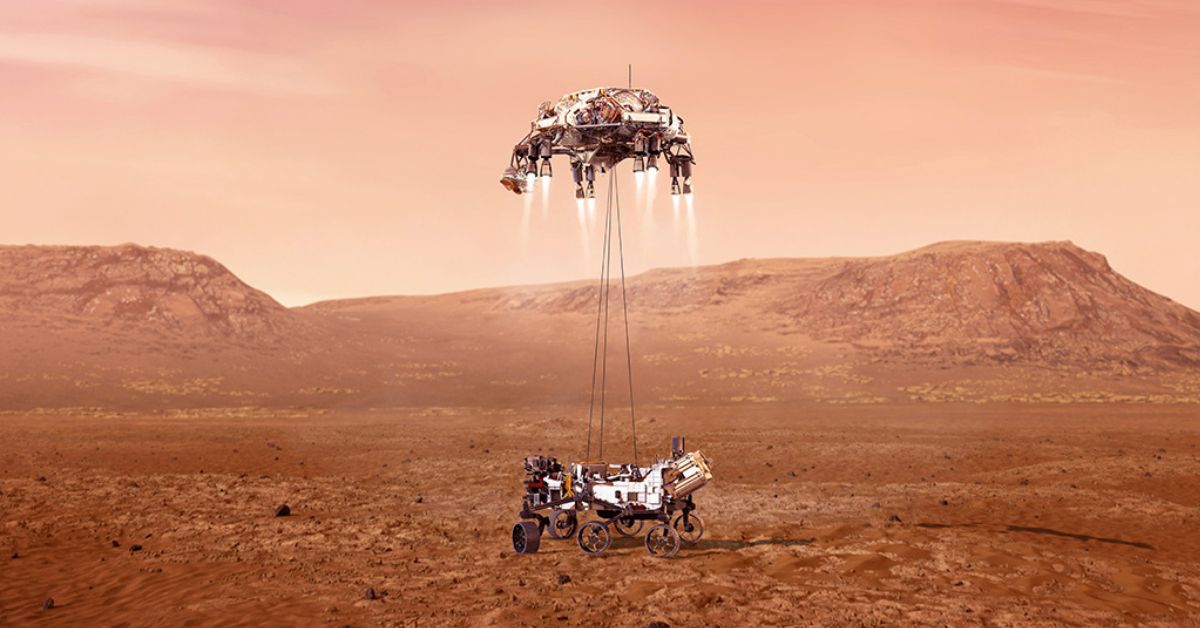 Touchdown! NASA has confirmed that Perseverance, its most sophisticated rover to date, has landed on Mars intact and is successfully sending data back down to Earth.

It's been quite a long journey for the unmanned rover, which launched from Cape Canaveral Air Force Station in Florida last year on July 30, but it has finally reached its destination on the Red Planet at 3:55 PM ET on February 18, 2021.

There was an understandable eruption of celebration in the NASA controlroom when Perseverance finally landed.

"When we put our arms together and our hands together and our brains together, we can succeed," Rob Manning, NASA Jet Propulsion Laboratory chief engineer and landing veteran, said on NASA TV. "This is what NASA does. This is what we can do as a country, on all of the problems we have, we need to work together to do these kinds of things and make success happen."

The rover's tricky landing was something which NASA refers to as its "seven minutes of terror."

There were many factors that needed to go perfectly according to plan in order for Perseverance's landing to be successful.

According to Space, it was hurtled through Mars' atmosphere and had to slow down to a safe speed before using what's known as a “Terrain Relative Navigation” system to adjust where it landed, ensuring it ended up in a safe spot on the Martian surface.

The rover succesfully landed on the Jezero Crater, which is where it will began its exploration for signs of ancient life.

While it's lengthy and perilous journey is finally complete, Perseverance's work is only just getting started. Now it will explore the crater, which is the site of an ancient lake that existed 3.9 billion years ago, in search of microfossils. The rover will also be in search of signs of ancient life, and will be studying the geology and climate of Mars. Samples Perseverance collects will be sent back to Earth, but won't actually be received until sometime in the 2030s.

As CNN reported, the rover will also relay images back to Earth, drop a helicopter known as "Ingenuity" on Mars, and take the first-ever recorded sounds of the Red Planet.