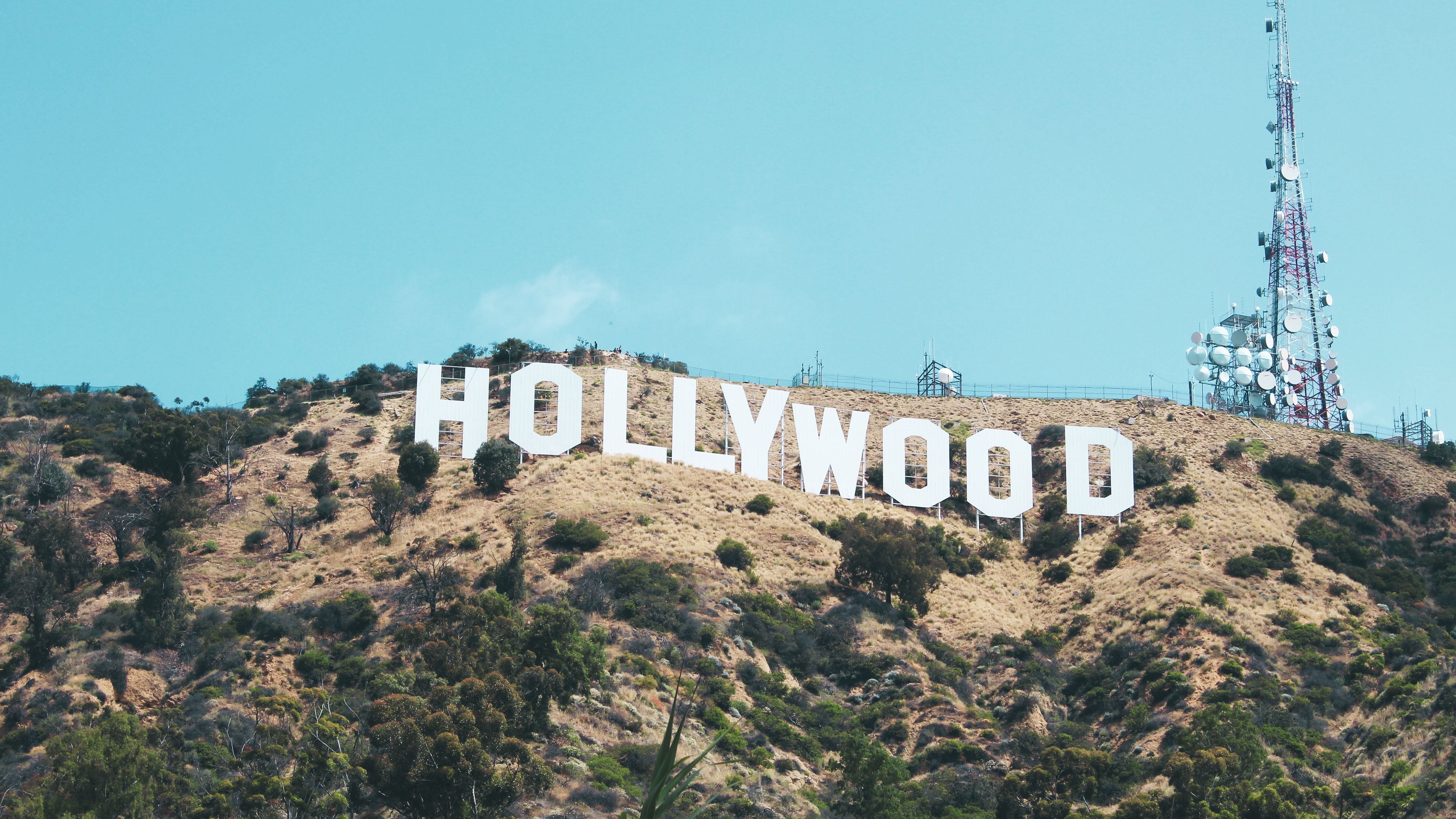 18 Celebrities Who Are The Definition Of Aging With Grace

Aging, in general, is hard, but can you imagine doing that in Hollywood? Yikes! They say the camera adds 10 pounds, but what about the rest of your body?

Now that I am getting older, I can definitely sympathize with celebrities who are under constant media scrutiny. But the good news is that some stars have embraced aging and are doing it gracefully.

Vanessa Hudgens had early ambitions to be a performer. By the age of eight, she was already performing in local musical productionsBut it wasn't until 2006 that she got her big break when she was cast inDisney's wildly popular High School Musical film franchise. Now at 33-years-old, she's looking better than ever.

Alecia Beth Moore, known professionally as Pink, was originally a member of the girl group Choice. But in 1995, LaFace Records saw a huge potential and offered her a solo recording contract. And that, as they say, is history. Since then, Pink has sold over 135-million records worldwide, and she's still looking amazing now that she's 42-years-old.

Gwyneth Paltrow, the daughter of Tony Award-winning actress Blythe Danner and television producer Bruce Paltrow, started her acting career early. Did you know that one of her first roles was a small part as Peter Pan's young friend Wendy in her godfather Steven Spielberg's Hook?

Paltrow went on to receive a Best Actress Oscar for her fantastic role in Shakespeare in Love. Even though she has dabbled in Botox, these days she prefers to just age gracefully.

Fans of Alicia Keys already know that she was a classically trained pianist. But did you realize that she started composing songs at the age of 12? Oh, yeah. She was actually signed by Columbia Records when she was only 15-years-old. But after disputes with the label, she signed with Arista Records and later released her debut album, Songs in A Minor, with J Records in 2001.

She keeps herself busy with being a mom, a judge on The Voice, and with her charity Keep a Child Alive. Oh, and she still looks stunning now that she's 41-years-old.

Helen Mirren's career started in the theatre. She joined Britain’s National Youth Theatre at age 18 and the Royal Shakespeare Company a year later. Her movie debut came in her 20s in A Midsummer Night’s Dream. Later Mirren earned an Academy Award for best actress for her portrayal of Queen Elizabeth II in The Queen.

She became a Dame Commander of the Order of the British Empire in 2003. Mirren is one of those women who appreciates all that comes with getting older, and I love her for it.

It's not just ladies of Hollywood who are embracing aging. The men are looking pretty dapper these days too. Take a look at Zac Efron, for example. I don't know about you, but I think he's looking a whole lot better now that he's 34-years-old. Gone are the days of his High School Musical past, and he's moved on to bigger and better things.

Speaking of guys who have aged really well in Hollywood, let's take a minute to discuss Justin Timberlake. As cute as he was in NSYNC, nothing compares to how well he's grown up since then. That's something that I'm sure his wife, Jessica Biel can fully appreciate. Am I right, ladies? 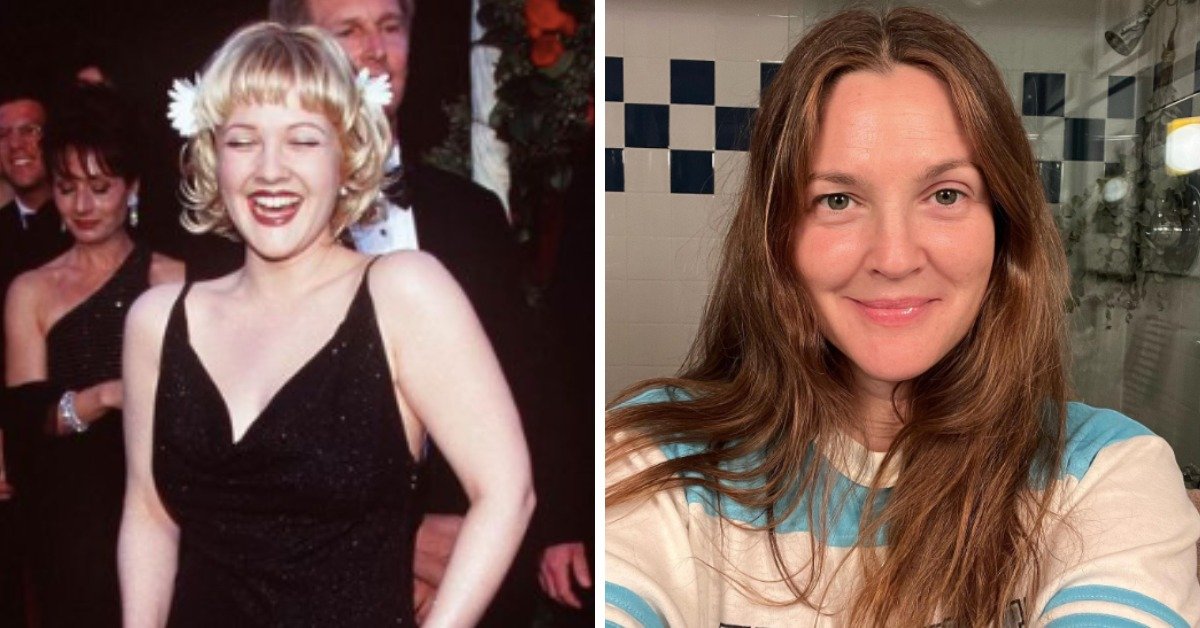 I don't know about you, but I've been a fan of Drew Barrymore since I saw her in E.T. the Extra-Terrestrial. She stole my heart back then, and she's been stealing it ever since. Even though her acting career started a little turbulent, she has come out the other end just fine. And not only that, but she's looking just as gorgeous as she has before now that she's a 47-year-old woman.

Gwen Stefani developed her unique fashion style early in life when her mother taught her to sew. Then her brother Eric introduced her to ska bands. It was he who started the group No Doubt with his friend John Spence as the lead singer.

This quickly propelled her to stardom, and now she's a successful solo artist and fashion designer for her label L.A.M.B. She also looks just as stunning as she did when she joined No Doubt.

Speaking of singers with interesting beginnings, how about Katy Perry? Did you know that she initially pursued a career in gospel music? Unfortunately, her debut album, Katy Hudson under Red Hill Records, was a flop.

After that, she moved to L.A. at the age of 17 and adopted her stage name "Katy Perry" from her mother's maiden name. These days Perry is happily engaged to Orlando Bloom and enjoying her time raising their daughter Daisy Dove. And she's also looking as lovely as always.

Who would have thought that Paris Hilton is now 41-years-old? This news kind of snuck up on me, haha. I didn't realize time flew by this fast. Boy, has she come a long way since her days on The Simple Life, huh? I have to give her some credit even though she is a socialite, she's looking pretty chic and sophisticated these days.

Did you know that Stacy Ann Ferguson started as an actress? I had no idea. She appeared in commercials and was a cast member of Kids Incorporated in 1984. It was later that she joined the hip-hop rock band Black Eyed Peas. And, of course, their 2003 album, Elephunk, became a huge hit. Fergie is definitely one of those ladies who is taking aging in stride.

Just like Paris Hilton, The Simple Life's Nicole Richie has done a lot of growing up since the show aired. She is now happily married to Good Charlotte's singer Joel Madden, and they share two beautiful children. I'm really happy to see her mature into a satisfied and fulfilled woman.

Most of us know that Jamie Lee Curtis' career took off after she starred in the horror flick Halloween. After that, she did a slew of other horror movies and garnered the nickname, “Scream Queen," haha. Her versatile acting chops allowed her to do a variety of roles in comedies and action movies alike. Now at 63, she's still kicking butt.

I've already mentioned Hollywood gents who are aging well. But I must add Brad Pitt to that list. I mean, just look at the man. He's looking a lot more distinguished now, no? It's great to see that all the craziness of being a Hollywood leading man hasn't changed him at all. If anything he's looking pretty good for 58-years-old.

Here's a lady who isn't afraid of aging in Hollywood. She once said that she's taking turning 50 the same way as when she turned 30 — and I say good for her. After all, your life doesn't stop at 50 — it's only halfway there, hee-hee. So I'm glad to see that Taraji is doing things her own way.

Here's a little fun fact about Lady Gaga. Did you know that she created her own burlesque troupe called "Lady Gaga and the Starlight Revue," and that's how she got discovered? Oh, yeah! R&B singer Akon saw her performance and decided to sign herto his label under the Interscope umbrella, Kon Live. Wow! I didn't know that.

Even though we're used to seeing her in outrageous costumes and makeup, she's actually pretty down to earth, too. And she's looking absolutely beautiful these days.

I don't know about you, but I was once obsessed with Jane Fonda's movie Barbarella. I loved everything about it, hehe. And I was always a huge fan of the actress. Not only is she such a stellar thespian but she's the epitome of aging gracefully in Hollywood.

Although Fonda has had some plastic surgeries, such as two facelifts, she still says her number one beauty secret is exercise. Well, at 84, she looks magnificent, no?

Wow, I'm so impressed by these Hollywood stars.

After all, they are role models for all of us. And if they can show us that aging is okay even in Hollywood, then we have nothing to worry about. Am I right? It's so awesome to see these celebrities embrace getting older and getting wiser. I love that about them.